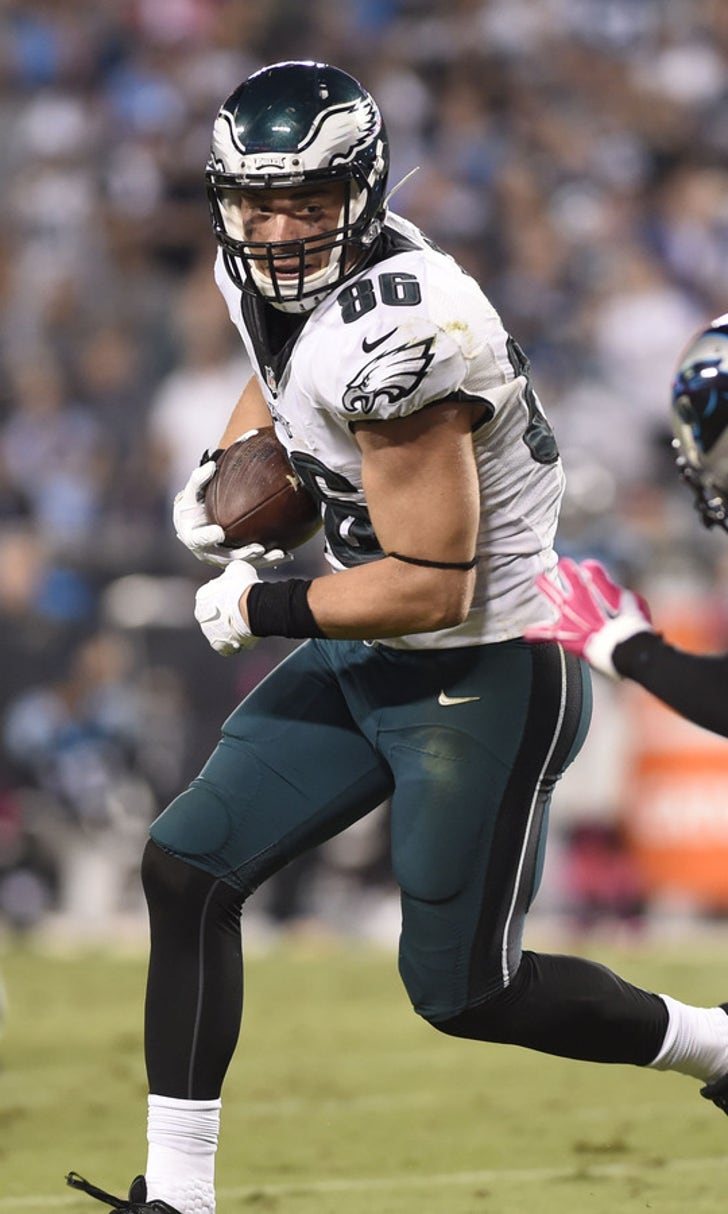 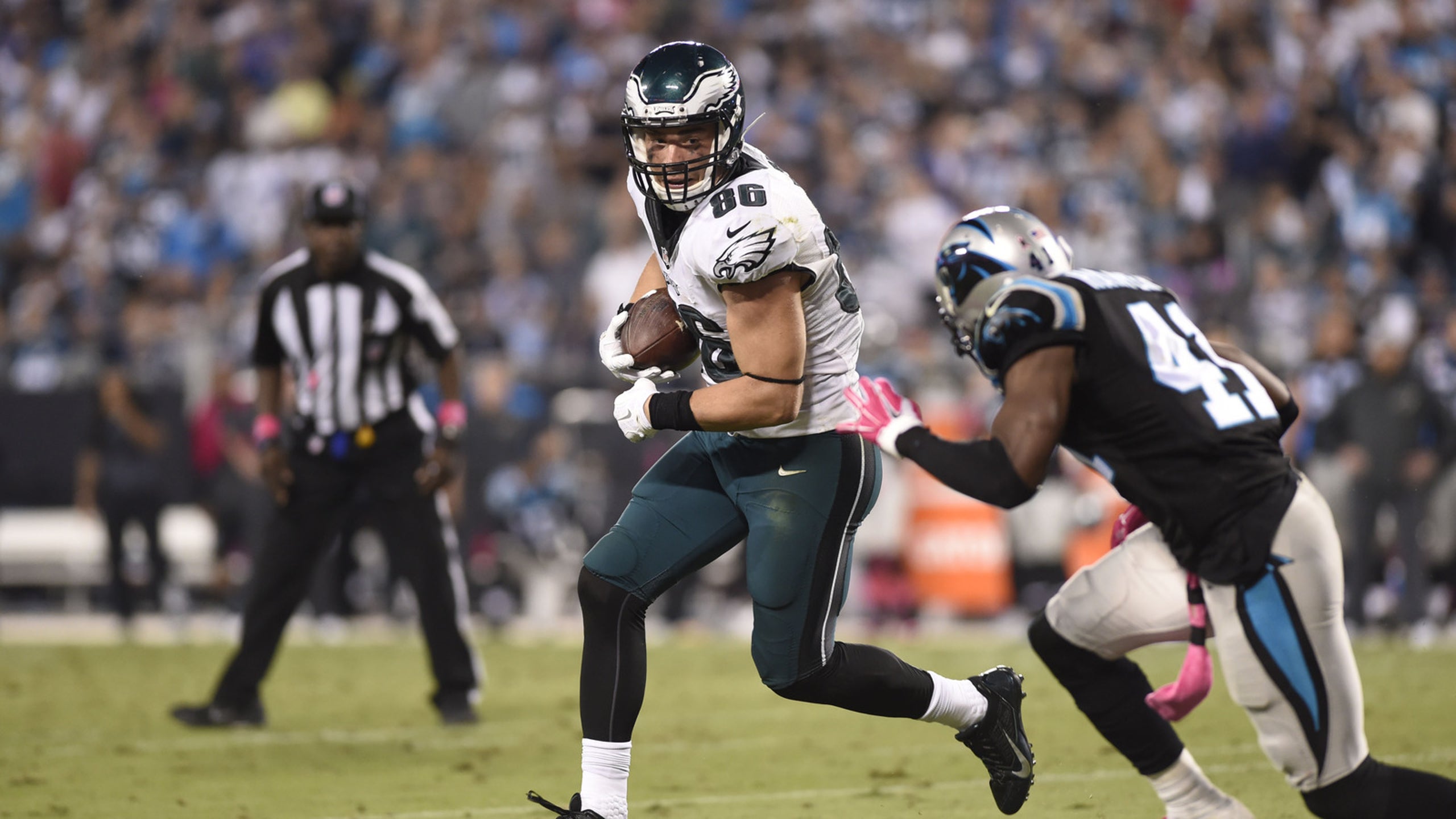 Fantasy Focus: Ertz could be a factor against the Cowboys 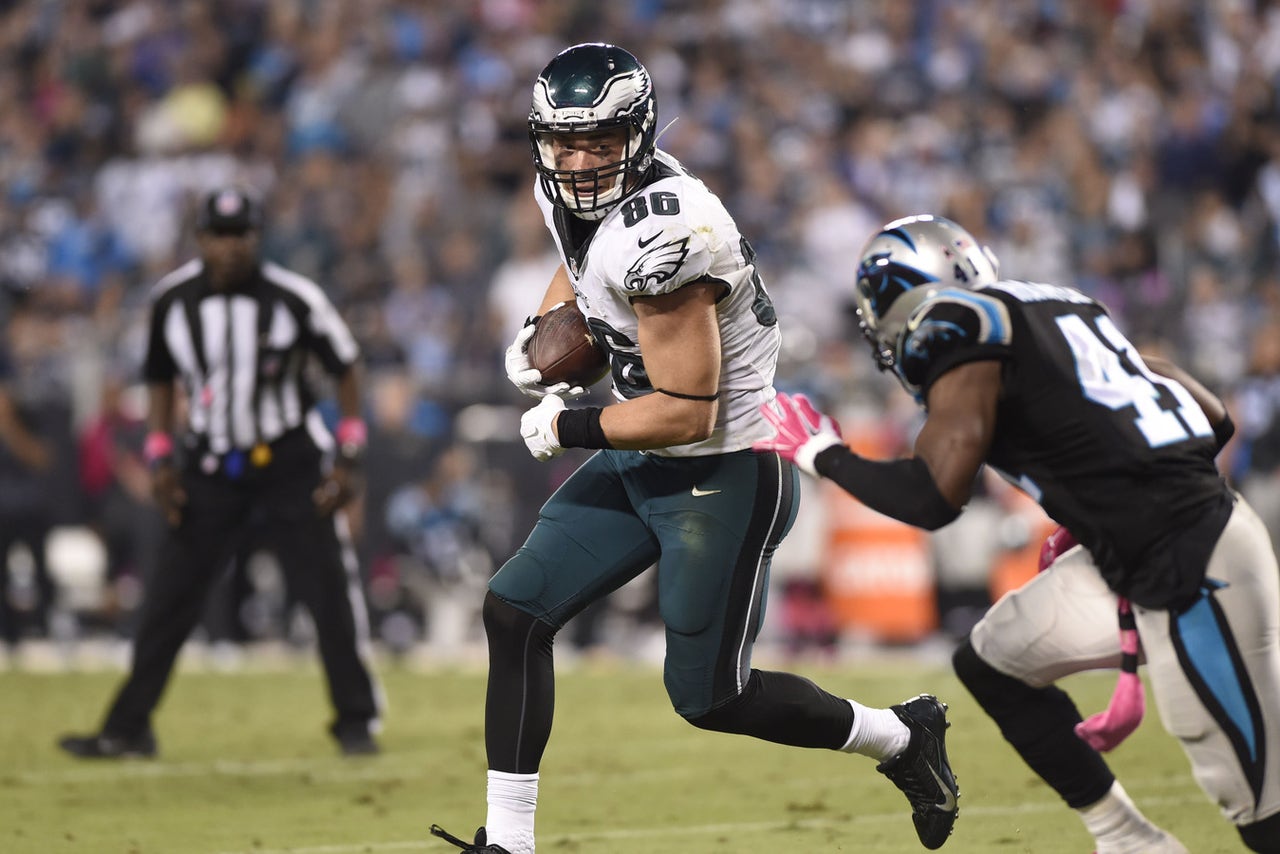 Each and every one of the Eagles’ receiving options has been an enormous disappointment thus far this season. Chip Kelly gambled by letting star wide receiver Jeremy Maclin walk during free agency, believing his young receiving corps would develop this year to fill the void. So far this gamble looks like a massive loss. Jordan Matthews and Nelson Agholar, the Eagles’ number one and two receivers, are rated 107 and 106 out of 107 rated wide receivers on Pro Football Focus. That’s bad. Really, really bad.

Given his wide receivers’ inability to catch the ball, one could reasonably expect Sam Bradford to look for other options when passing the ball on Sunday night. The best of his alternative options could be tight end Zach Ertz. A former second round pick, Ertz has shown flashes of playmaking ability for the past two years, but has been limited this season coming off of back surgery. Both Chip Kelly and Ertz himself have been vocal this week about Ertz getting being more involved in the offense.

Ertz has great hands, and his combination of height, speed, and athleticism make him a match-up nightmare for defenses. The Eagles’ offense has been plagued by unreliable wide receivers and trouble scoring in the red zone, so a big, strong, sure-handed tight end seems to be the cure for these woes.