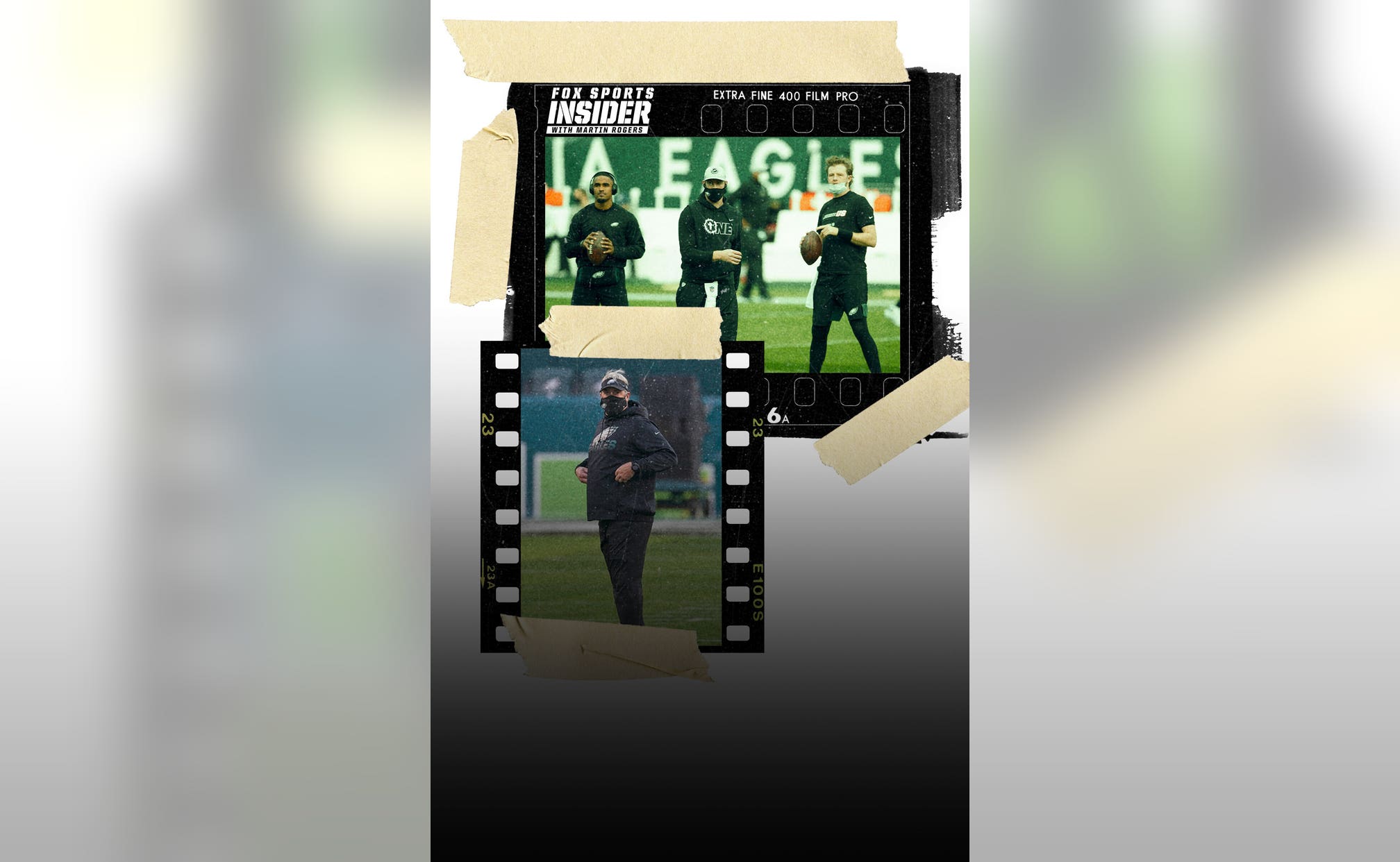 When the clock hit zeroes in the Philadelphia Eagles’ defeat to the Washington Football Team on Sunday night, it marked a spectacular triumph.

Despite all the adversity and upheaval that has impacted everything, everyone and every sport, simply getting to the end of the regular season in the National Football League, completing 256 games, on time and without more severe disruption, was an epic win.

How inappropriate and farcical then, for such a campaign to end with the near-universal assumption that in the final game of all, one of the teams was playing to lose.

"I was coaching to win," Philadelphia Eagles head coach Doug Pederson defiantly insisted, after his team failed to score any second half points in a 20-14 loss that gifted Washington a home playoff date. No one was buying his story.

They weren’t buying it on Sunday night when he replaced quarterback Jalen Hurts with third-stringer Nate Sudfeld, trailing by just three in a game that had playoff implications.

They weren’t buying it on Monday morning as America woke up to his rationalization of what is now being openly referred to as a quit job.

And they won’t be buying it forever more as this weird and unsavory game settles into its own eternal place in NFL folklore. The way things played out caused outrage league-wide and dismay among the New York Giants, who would have been the NFC East-winning beneficiaries of a Philly win that was never given a chance to materialize. New York’s disbelief played out over Twitter.

"Can someone make sense to me what is going on?" questioned Saquon Barkley.

"This is why we don’t like the Eagles," former Giants QB Eli Manning chimed in.

Pederson said it was his decision alone to pull Hurts, who hadn’t been outstanding but clearly represented the best chance at a comeback. He said he felt it was the right time to insert poor Sudfeld, who wasn’t up to the task, going 5-for-12 and 32 yards, with an interception and a fumble.

Earlier, Pederson made the call to go for a touchdown on fourth down when a field goal would have tied the game and opted not to challenge on a clear fumble in the third quarter and a disputable spot in the fourth.

By losing, the Eagles went from ninth-to-sixth in the 2021 NFL Draft.

"It sits wrong in your core when you watch someone try not to win the game as a sports fan," FS1’s Kevin Wildes said on First Things First. "Why are you saying you played to win? You weren’t."

"The tank was on," wrote the Philadelphia Inquirer’s Jeff McLane.

When it comes to the best and most effective way to use a reserve quarterback, Pederson might legitimately claim to be the National Football League’s leading authority.

After all, it was exactly two years and 11 months ago that with Nick Foles under center, Pederson coached the Eagles to Super Bowl glory. But Sudfeld 2021 isn’t Foles 2018. There was no Philly Special on Sunday, and nothing special about it at all.

It was a bizarre and tasteless end to an awful division that will send Washington to the postseason with seven wins, the seventh of which was barely attained against a team that was, according to Yahoo Sports’ Dan Wetzel, "getting kneecapped by (its) own coach."

Pederson is not the only head coach to make changes in Week 17. The Pittsburgh Steelers rested a bunch of key players. The Kansas City Chiefs took Chad Henne out of cold storage and sat Patrick Mahomes. Sudfeld is an NFL quarterback, and the Eagles are certainly allowed to play him. But didn’t it feel worse because it brought down the curtain on the season? Didn’t we all feel we deserved better?

Perhaps, in reality, only one group of people deserved more. Not necessarily the Giants, whose win against the Dallas Cowboys provided a glimmer of hope but was only their sixth win of the year. But the Philly players never gave up despite the obstacles thrown in their path. Their leadership owed them more.

Which brings us to one of the more intriguing parts of all this – the fallout. Pederson’s Super Bowl ring is still shiny enough to likely keep hold of his job, but how will his group view him now?

"I don’t even know how Doug Pederson stood up in the locker room after the game and looked his team in the eye," Hall of Famer Shannon Sharpe said on FS1’s Undisputed. "What the hell is that? You are going to say you were actually trying to win the game?"

In December, Eagles center Jason Kelce publicly warned that not prioritizing winning, even in a season bound for despondency, shows the players the franchise and staff don’t care about them.

"The moment a team feels like you as an organization aren’t doing your job for me to go out there and win, you’ve shown who you are," Kelce told reporters.

That’s for the future. For now, all Sunday night really proved is that anything, at any time, can become a talking point in the NFL. The headline should be that we somehow got to a point where the postseason can be looked forward to and enjoyed, and that every team – from the swashbuckling Chiefs and the effervescent Buffalo Bills, to the hapless New York Jets and the Jacksonville Lawrences - completed 16 games.

Instead, we are talking about a 4-11-1 team and an unfortunate QB who has thrown for 188 yards … in his career.

We all want 2021 to be better and surely it will be, but when it comes to sports, it might prove to be just as strange.

Suddenly, here we are and a long break without any football is again just around the corner. All we have left are the playoffs, just 13 games to go. Thankfully there won’t be any doubt with those contests – everyone will be trying to win.

Get more from Philadelphia Eagles Add to your favorites to get information about games, news and more.
in this topic

Dealer's Choice
After Doug Pederson's ouster, Philly's ownership seems to be in Carson Wentz's corner. Is it the right decision for the Eagles?
5 days ago 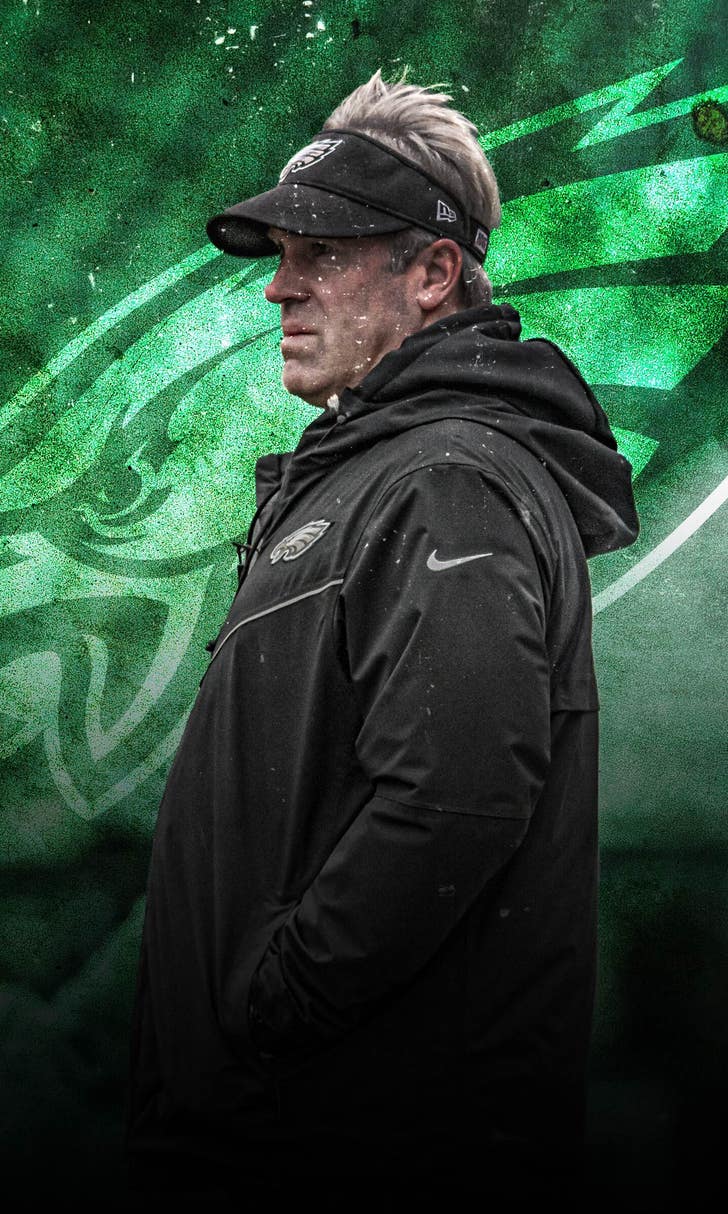 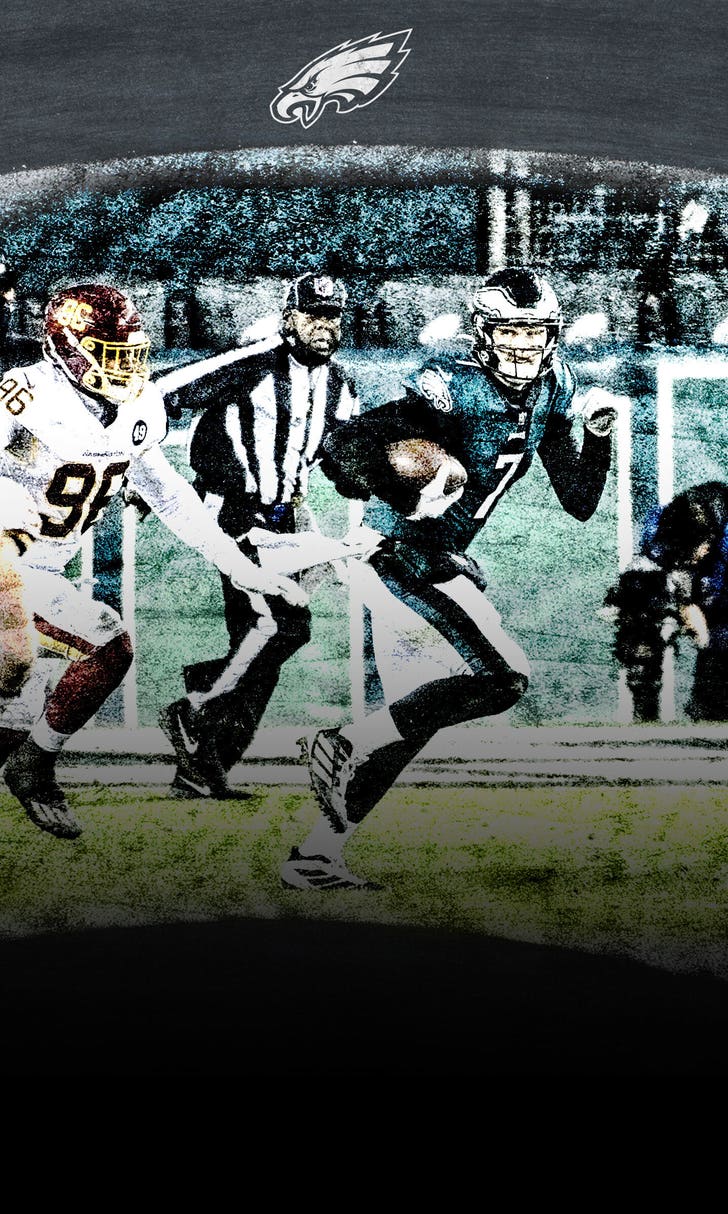 Questionable Call
All hell broke loose among pundits when Doug Pederson benched Jalen Hurts in a tight game against the Washington Football Team.
January 4
those were the latest stories
Want to see more?
View All Stories
Fox Sports™ and © 2021 Fox Media LLC and Fox Sports Interactive Media, LLC. All rights reserved. Use of this website (including any and all parts and components) constitutes your acceptance of these Terms of Use and Updated Privacy Policy. Advertising Choices. Do Not Sell my Personal Info