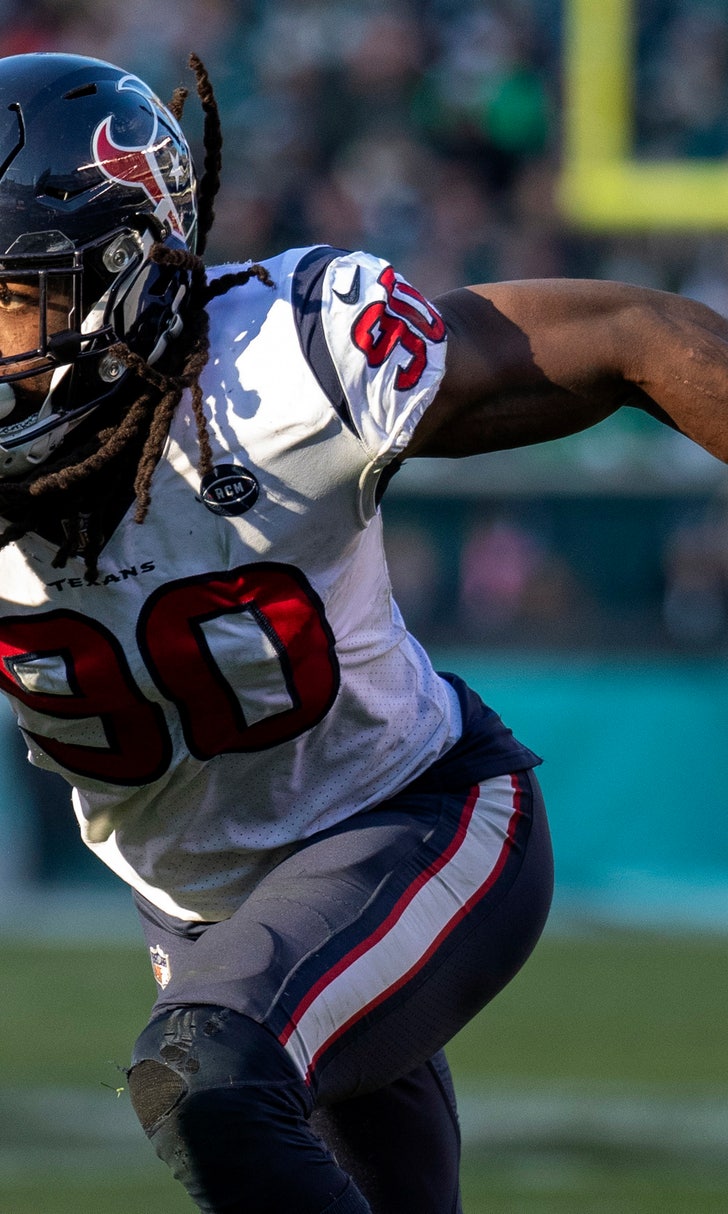 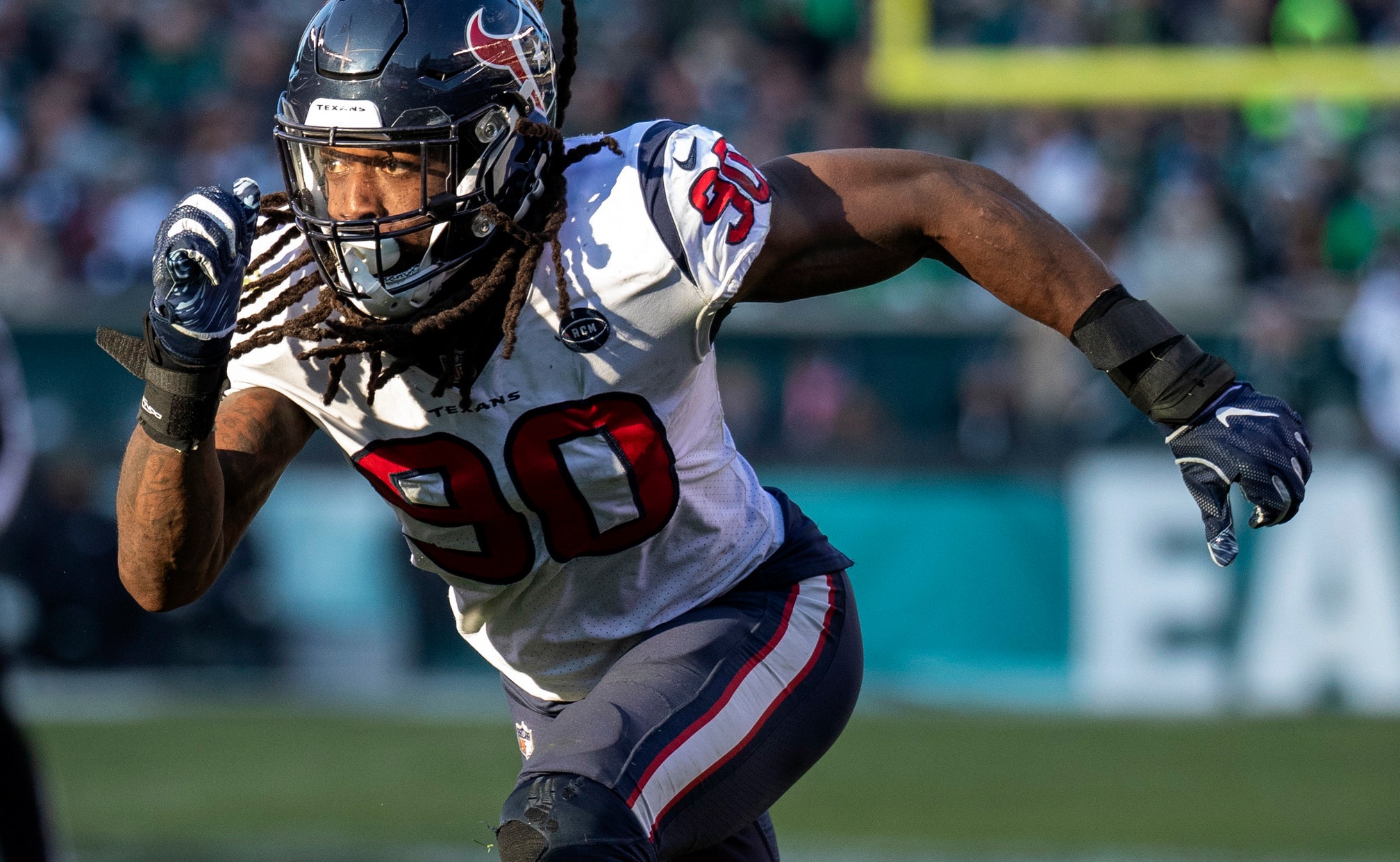 Duane Brown part of reason Jadeveon Clowney is with Seahawks

He's usually only on Twitter every few days unless there's something significant on his mind.

That's why it was noteworthy last Friday night when the Seahawks' big left tackle posted one tweet that sent fans into a tizzy. They were left trying to decipher what a set of six giant eyeball emojis was supposed to mean with rumors swirling about one of Brown's former teammates.

"It was a little premature. I didn't think as many people would look into it as they did. But man, was I wrong," Brown said Wednesday. "I think I caused a lot of people to lose some sleep that night and I'm sorry. I decided to have a little fun and obviously everyone was trying to see what was going on. People started calling my phone at like 4 a.m. I didn't give them anything, but yeah, that was a good time."

What Brown was having fun with was the eventual arrival in Seattle of Jadeveon Clowney in a significant and unexpected trade Saturday that gave the Seahawks the pass rusher they needed.

While Clowney held leverage in determining where he ended up, Brown deserved at least a slight assist for steering Clowney toward Seattle.

The former teammates in Houston chatted throughout the offseason after the Texans placed the franchise tag on Clowney, who was unhappy with his contract. Brown had gone through a similar contract dispute with the Texans and was a trusted resource for Clowney.

But about a month ago Clowney unexpectedly reached out and Brown noticed the tone of the conversation changed slightly.

Eventually, Brown became a sounding board for both Clowney and the Seahawks. He provided information about the team to his friend, and gave the Seahawks his opinion of what they would be getting if the deal went through.

"It speaks to the respect that I have for Duane," Seattle coach Pete Carroll said. "He is a great worker, he has extraordinary habits, his personal expectations for what it takes, he's a really good communicator. Ever since he's showed up, he's been a big factor in everything he's done. He's a special guy delivering the message in what we may be getting. I give him a lot of regard there."

After facing Clowney in practice for three-plus seasons, Brown knows what Clowney can provide on the field if he remains healthy. After struggling with injury early in his career, Clowney has missed only one game in the past two seasons and has a combined 18 ½ sacks over that stretch.

Brown believes an unjustified stigma has been placed on Clowney's ability to stay healthy and his effort level.

"The narrative that I think a lot of people created for him throughout his career I think is false and not fair to him," Brown said. "Extremely hard worker, fun guy to be around, wants to win and I think those are the factors that really stand out about him. Played out perfectly, we were able to get him and I'm pretty excited about it."

NOTES: WR DK Metcalf (knee) and DE L.J. Collier (ankle) were limited participants in practice Wednesday. Carroll has sounded optimistic both could end up playing Sunday. ... G Mike Iupati (calf) participated in a walkthrough Wednesday but did not practice in the afternoon. If Iupati can't play Ethan Pocic would get the start.