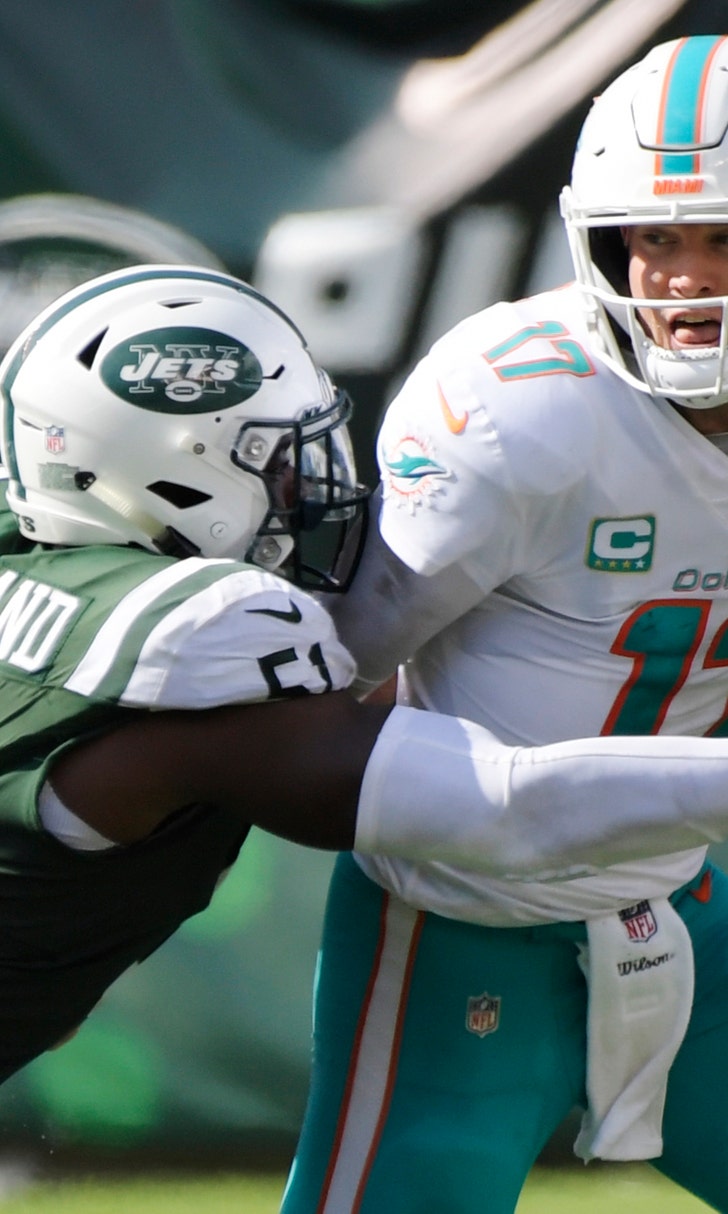 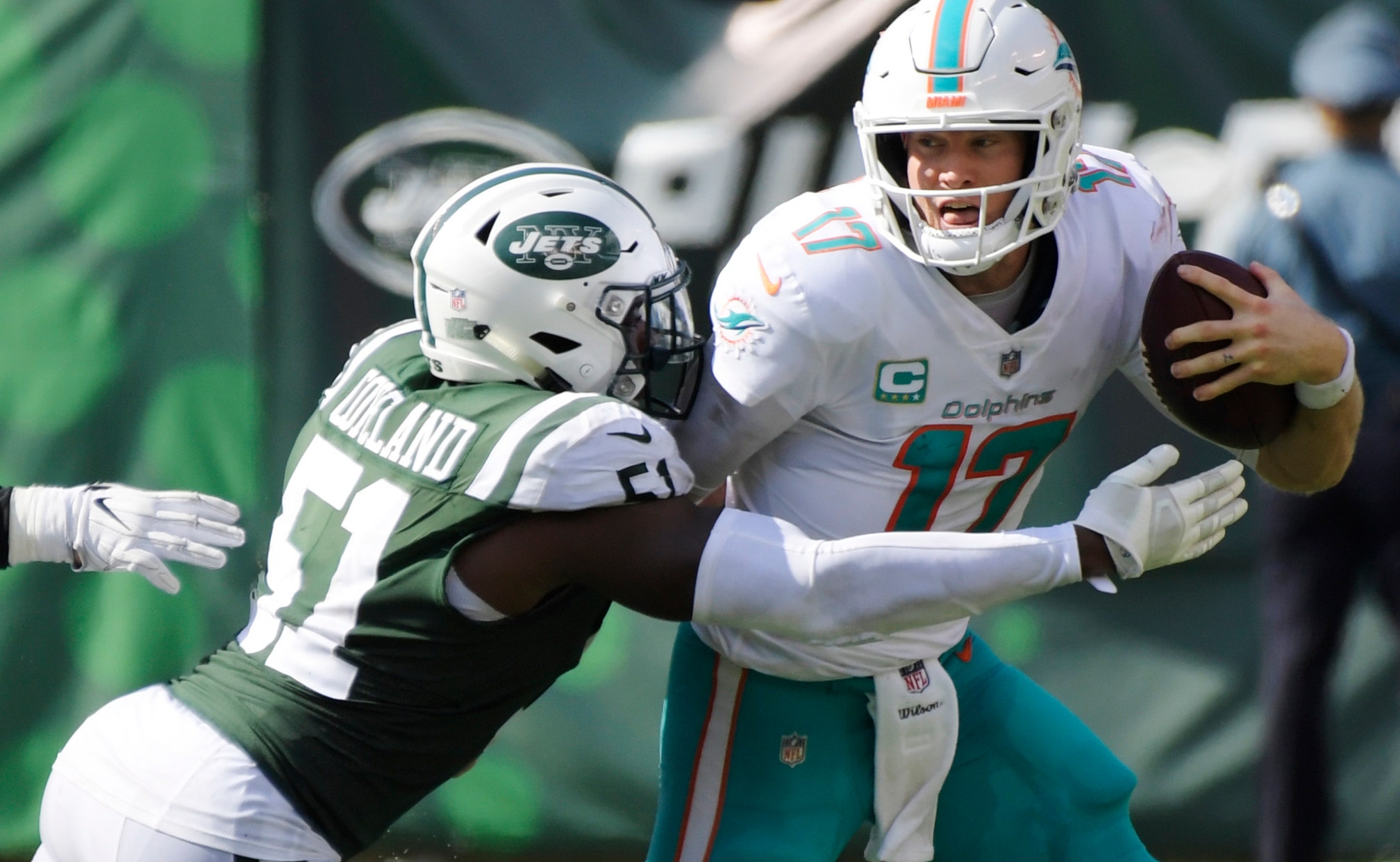 DAVIE, Fla. (AP) — The Miami Dolphins are off to a perfect start, which they know guarantees nothing.

Before now, the most recent season where the Dolphins started 2-0 ended up with them missing the playoffs. And the last time they started 0-2, they actually went to the postseason.

So starting with two wins — one of only seven NFL teams to do that this season, plus sitting alone atop the AFC East for good measure — obviously beats any alternative fate at this point in the season, though Dolphins coach Adam Gase wasn't exactly spending time figuring out how to distribute playoff tickets on Monday.

Gase was an assistant coach with the 2009 Denver Broncos, who rolled into their bye week 6-0, winning by an average of 11.1 points per game. They came back from the bye and lost eight of their final 10 games.

The Dolphins were last 2-0 in 2013, actually winning their first three that year before sputtering to an 8-8 finish. Gase's first season in Miami was 2016, those Dolphins started 0-2 and 1-4, and made the playoffs regardless.

To be clear, he wasn't drawing any parallel to the 1972 perfect Dolphins or the 2007 New England Patriots team that went 16-0 in the regular season and wound up losing the Super Bowl to the New York Giants.

Gase knows this team has to get better, with much to clean up before playing host to the Oakland Raiders (0-2) on Sunday. And although he insi1sts that what's said outside the Dolphins' facility doesn't matter, some players are finding a bit of satisfaction knowing that Miami might already been exceeding the gloom-and-doom expectations they heard about coming into the year.

"Yeah, we're proving some guys wrong," Dolphins receiver Jakeem Grant said. "But at the end of the day, we're playing for each other. We're here, we have a higher standard and we feel like we have to be devoted to those standards — push, push, push in every practice. Great practices lead to great games. Some people saying we'll have a negative record, it's motivating, like, 'OK, we'll see.'"

It's the second time that all three of Florida's NFL teams — Miami, Jacksonville and Tampa Bay — have all started 2-0. The other was in 1997.

Gase shrugged off any talk of how the Dolphins are ahead of division rivals New England, Buffalo and the New York Jets — the team Miami beat 20-12 on Sunday. He raved about quarterback Ryan Tannehill's accuracy through two games, the third-and-19 catch by running back Frank Gore that sealed Sunday's win, or the multi-layered effort that the Dolphins' defense made to keep the Jets out of the end zone on the final play of the first half.

To him, that's what matters.

Hearing about having a one-game lead in the AFC East with 14 left to play only was worthy of an eye roll.

"If you ask half these guys, they probably don't even know," Gase said. "They don't care. I mean, it doesn't mean anything. The division stuff right now is so irrelevant. ... No one cares what you're doing right now. When it's December and it's really coming down to the end, half the time you don't even care then. You're just playing games and trying to win them all."