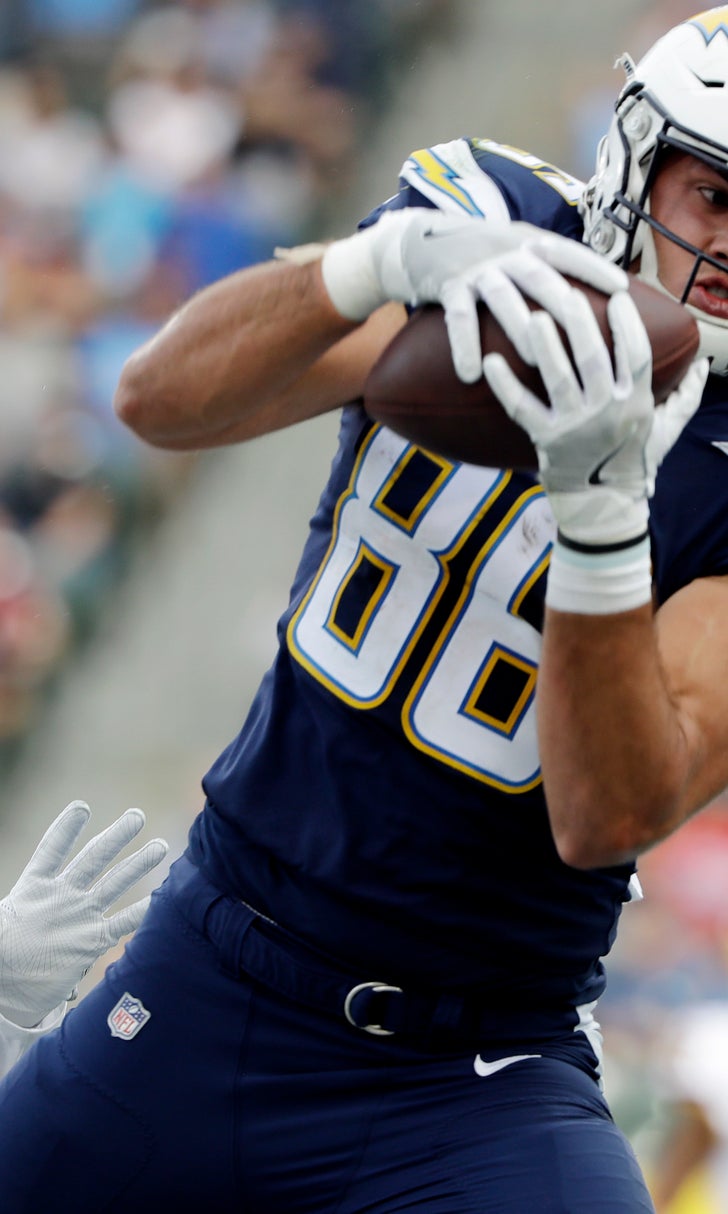 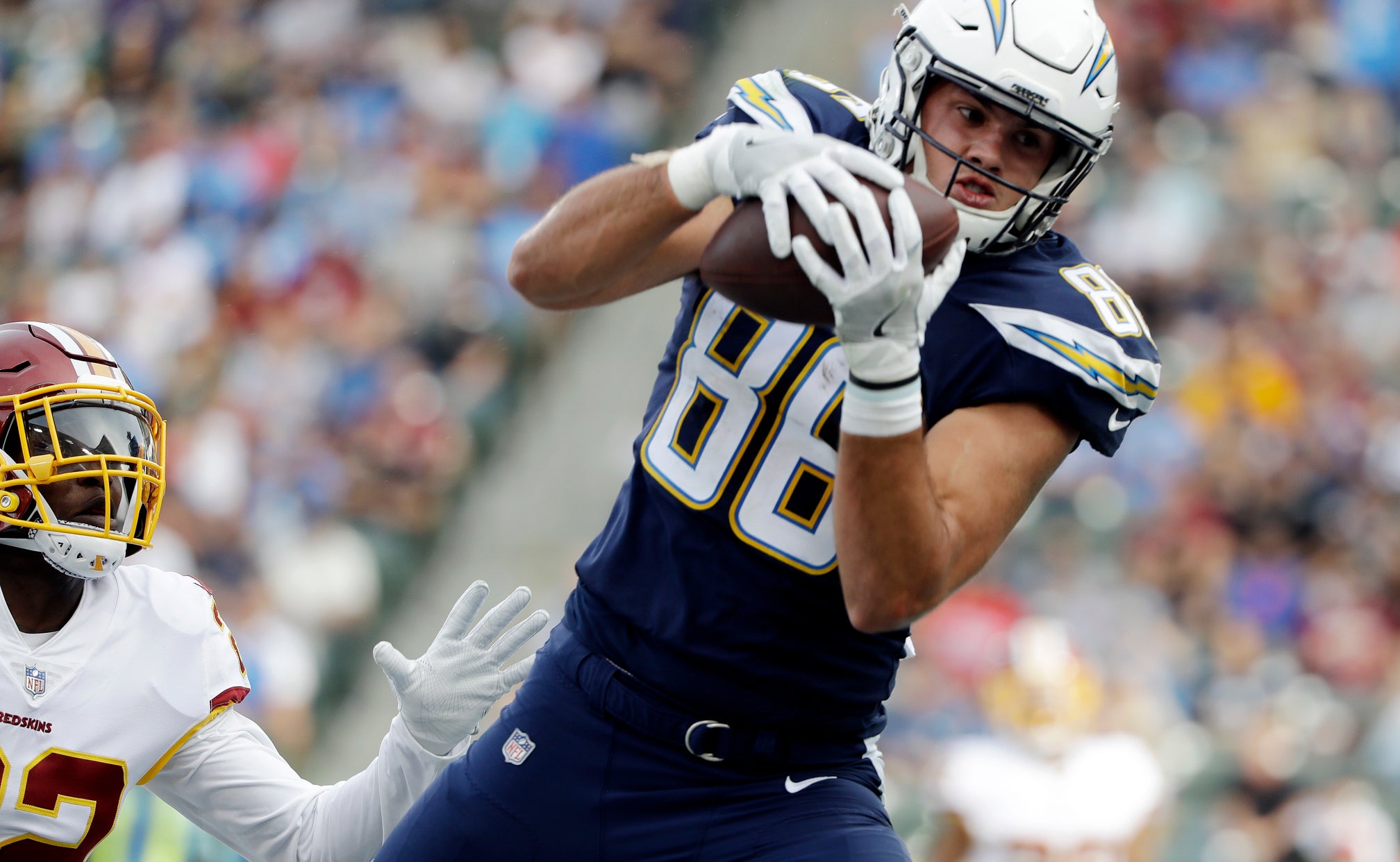 COSTA MESA, Calif. (AP) — Hunter Henry has been optimistic about his chances of playing this season, despite suffering a knee injury during offseason workouts.

The clock started ticking toward his possible return Monday when the Los Angeles Chargers tight end took part in practice.

Henry's return to the practice field comes nearly seven months after he tore the anterior cruciate ligament in his right knee. He remains on the physically unable to perform list and does not count against the 53-man roster. However, Henry's practice participation does start the 21-day clock for him to be activated or placed on injured reserve for the remainder of the season.

"It's been responding well," Henry said about the knee. "It has been a long process for sure. There's a lot of work still to do to get back out there."

Coach Anthony Lynn said Henry would start out with some individual drills before deciding the next steps.

Henry, who was the team's second-round pick in 2016, suffered the injury while running a route during a non-contact drill on May 22, the first day of organized team activities. He had surgery two weeks later and has been on the PUP list since the start of training camp.

Over his first two seasons, he has 81 receptions for 1,057 yards and 12 touchdowns. He was expected to see a bigger role in the offense before the injury.

Henry's emergence was a key reason why the Chargers decided to part ways with Antonio Gates during the offseason. They did re-sign the 16-year veteran prior to the season opener to help fill the void after Henry was injured.

Gates, Virgil Green and Sean Culkin have combined for 43 receptions for 534 yards and three touchdowns.

Henry is eager to return to a Chargers team that is 11-3 and has clinched its first playoff berth since 2013 after last Thursday's 29-28 come-from-behind victory at Kansas City. Los Angeles is tied with the Chiefs atop the AFC West but Kansas City holds the tiebreaker due to a better division record.

Both teams have tough matchups this week. The Chargers host Baltimore on Saturday while Kansas City travels to Seattle on Sunday.

Henry said he is trying to balance rushing back from injury and any long-term effects.

"You know you don't get a team like this a lot. So we've got to take advantage of it," he said.

NOTES: RB Melvin Gordon said he was very close to playing against Kansas City, but that the short week between games was a detriment. Gordon, who has missed the past three games due to an MCL sprain, is optimistic about playing against Baltimore. ... RB Austin Ekeler has been cleared to return to practice but remains in concussion protocol. Ekeler suffered a concussion and neck injury against Cincinnati on Dec. 9. ... WR Keenan Allen is expected to be limited most of the week after suffering a hip pointer during the first half against the Chiefs. 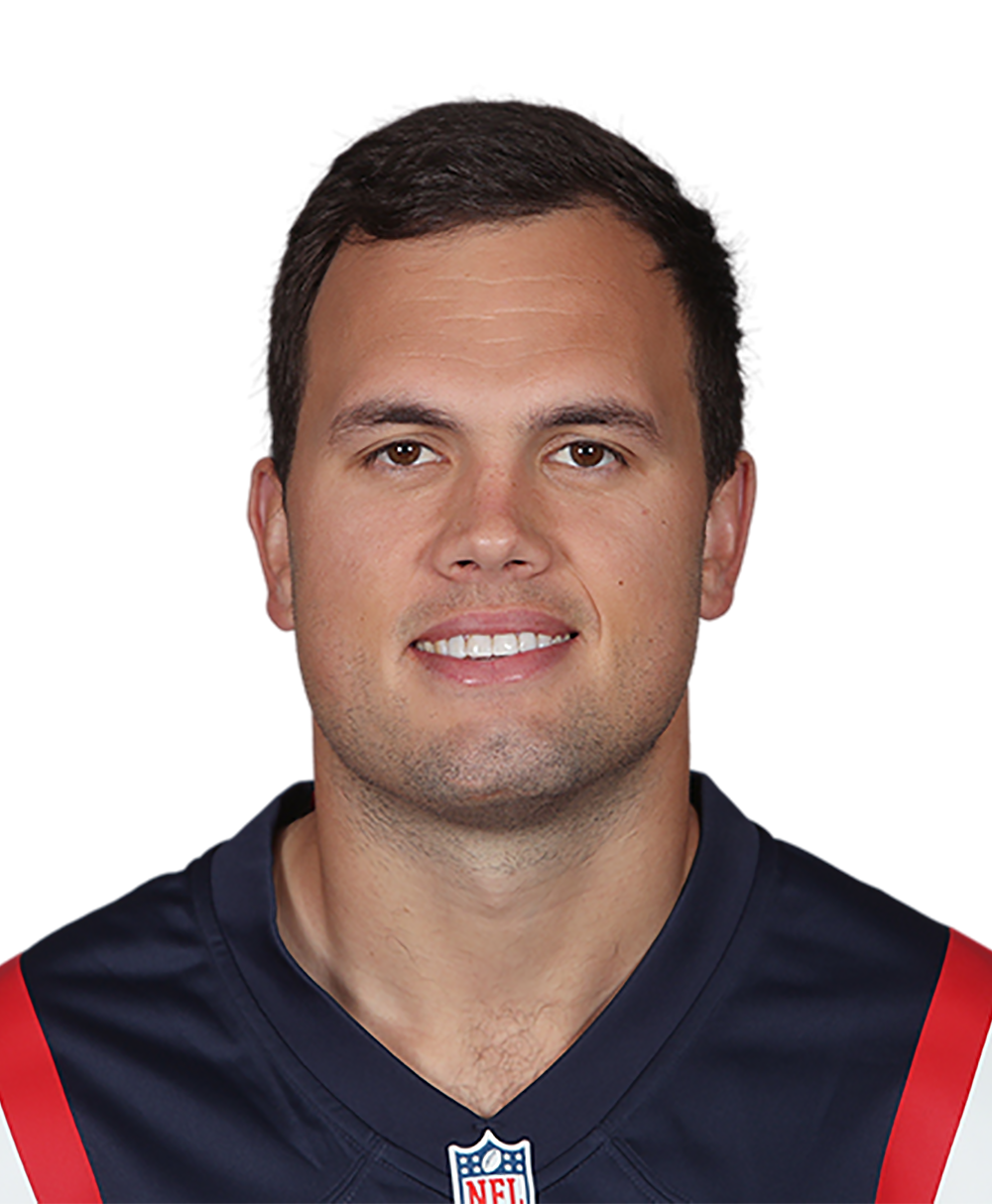