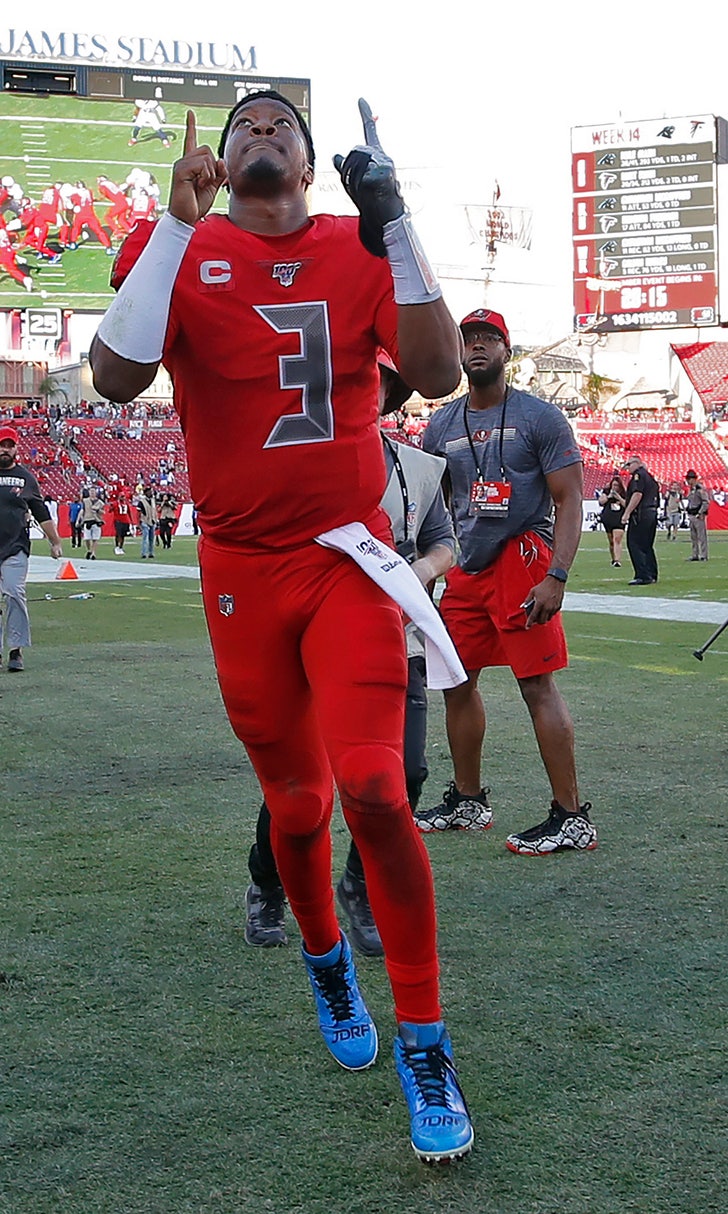 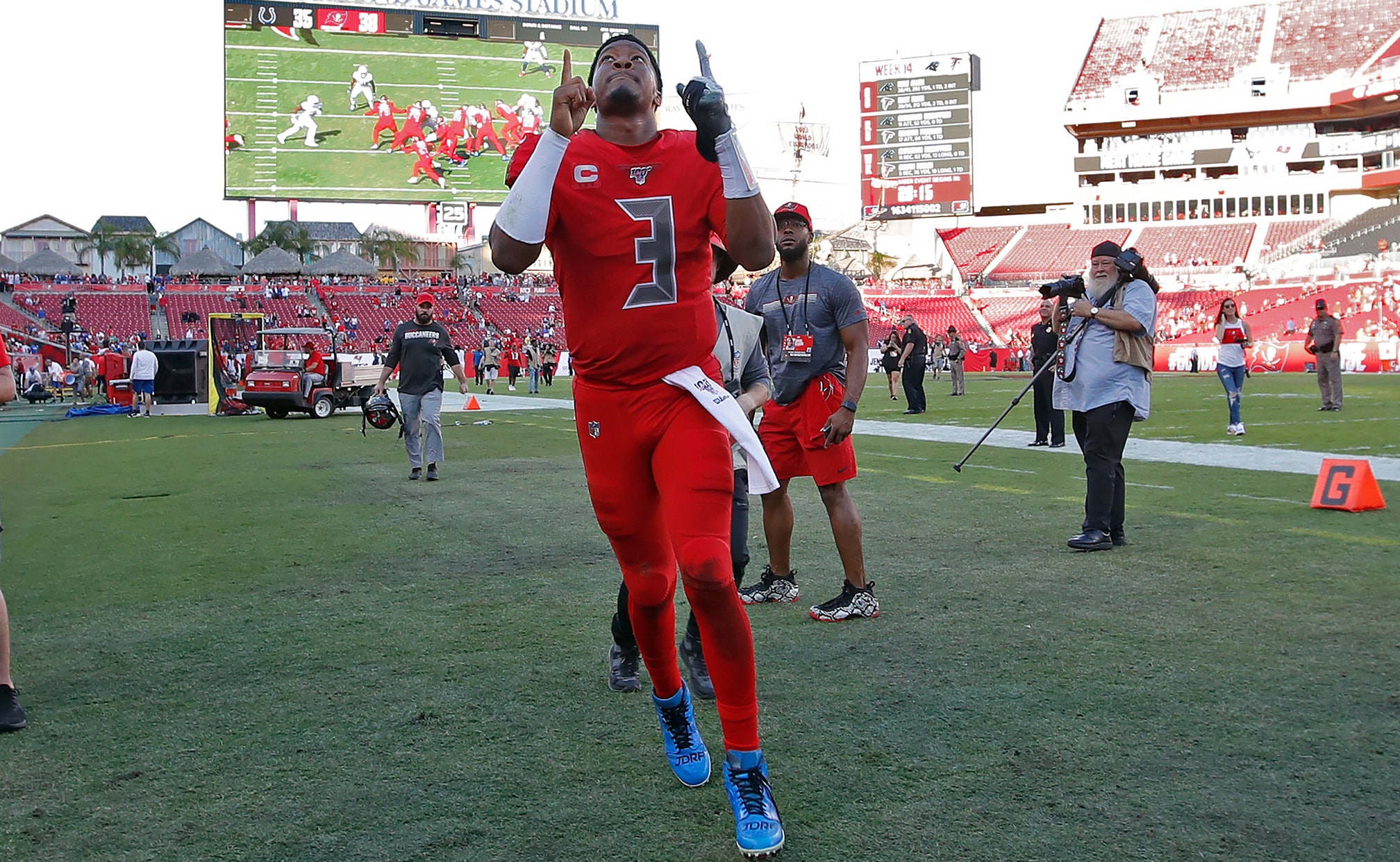 previous story
Quinn finds plenty to like in win, but job status unchanged
next story
Patriots still searching for answers after latest loss to KC

TAMPA, Fla. (AP) — Another season will end with Tampa Bay missing the playoffs, however the Buccaneers remain confident they’re headed in the right direction.

Three straight victories, four in the past five games, and a growing belief that a young team is finally learning how to win.

“The resiliency of the team, the we’re not quitting, the fact that we are now mathematically eliminated from the playoffs is not going to change anything,” coach Bruce Arians said Monday. “We’re going to come, we’re going to work. We’re going to try to win four in a row, five in a row, and then six in a row.”

The Bucs (6-7) haven’t made the playoffs since 2007 and haven’t won a postseason game since their Super Bowl run 17 years ago.

They’ve finished with a winning record twice during the hiatus — going 10-6 under Raheem Morris in 2010 and 9-7 in 2016, their first season under Dirk Koetter — though neither produced a playoff berth.

That would be the case again if the Bucs win the remaining games at Detroit and home against Houston and Atlanta to wind up 9-7 in their first season under Arians, who stressed there’s nothing like winning games to change the culture within a locker room.

“For us to possibly win four in a row, then five in a row against a real good Houston team, and it’s going to be a struggle in Detroit this week with the number of injuries we’ve got, but that’s building blocks,” Arians said. “The culture is set because guys ... don’t accept losing anymore.’’

The Bucs were eliminated from playoff contention despite rallying from a 14-point second-half deficit to beat Indianapolis 38-35 on Sunday. They overcame four turnovers, including pair of interceptions and a fumble the Colts turned into 17 first-half points.

“In the locker room, we talked about the past. In the past, we would’ve lost that game,” quarterback Jameis Winston said.

“But, the fact that our head coach just has so much belief in us. The fact that we are expecting to go out there and win football games, and it’s no negative energy. It’s we have to do what’s best for us. We have to be good," Winston added. “If we’re good, we are a tough team to stop. But, if we keep stabbing ourselves in the foot, that’s how teams beat us.”

The offense gained a season-high 542 yards and was 4 for 4 in red zone efficiency against the Colts. Winston shrugged off his early turnovers to throw for 456 yards and four touchdowns. He also had a rushing TD to join Norm Van Brocklyn (1951) and Billy Volek (2004) as the only players in league history with at least 450 yards passing, four TD passes and a rushing TD in a single game.

Even though the Bucs were able to overcome Winston’s mistakes against the Colts, he continues to turn the ball over at an alarming rate. He’s thrown a league-leading 23 interceptions and had five of them run back for touchdowns. He’s also lost five fumbles.

“Being able to bounce back — that’s in my blood. I was blessed to be like that,” Winston said of his resiliency. “But, I have to not put us in that situation. So, that’s what I’m going to be working on heavily.”

With Mike Evans going down with a hamstring injury suffered on a 61-yard TD reception and Chris Godwin drawing extra attention with the six-time 1,000-yard receiver sidelined, young receivers Breshad Perriman and Justin Watson stepped up for the Bucs with a combined eight catches 129 yards and two TDs.

Running backs Ronald Jones and Peyton Barber continue to share the workload in an inconsistent running game, which needs to be more productive to ease some of the burden on Winston and the passing attack.

Arians said Winston will get a second opinion on a small fracture in his right thumb. The fifth-year pro sat out the first series of the second half, but finished the game. Evans has a pulled right hamstring that could sideline him a minimum of the next two games.

With two wins in the remaining three games, the Bucs would finish 8-8, which seemed highly unlikely just a month ago.

Tampa Bay Buccaneers
share story
those were the latest stories
Want to see more?
View All Stories
Fox Sports™ and © 2020 Fox Media LLC and Fox Sports Interactive Media, LLC. All rights reserved. Use of this website (including any and all parts and components) constitutes your acceptance of these Terms of Use and Updated Privacy Policy. Advertising Choices. Do Not Sell my Personal Info