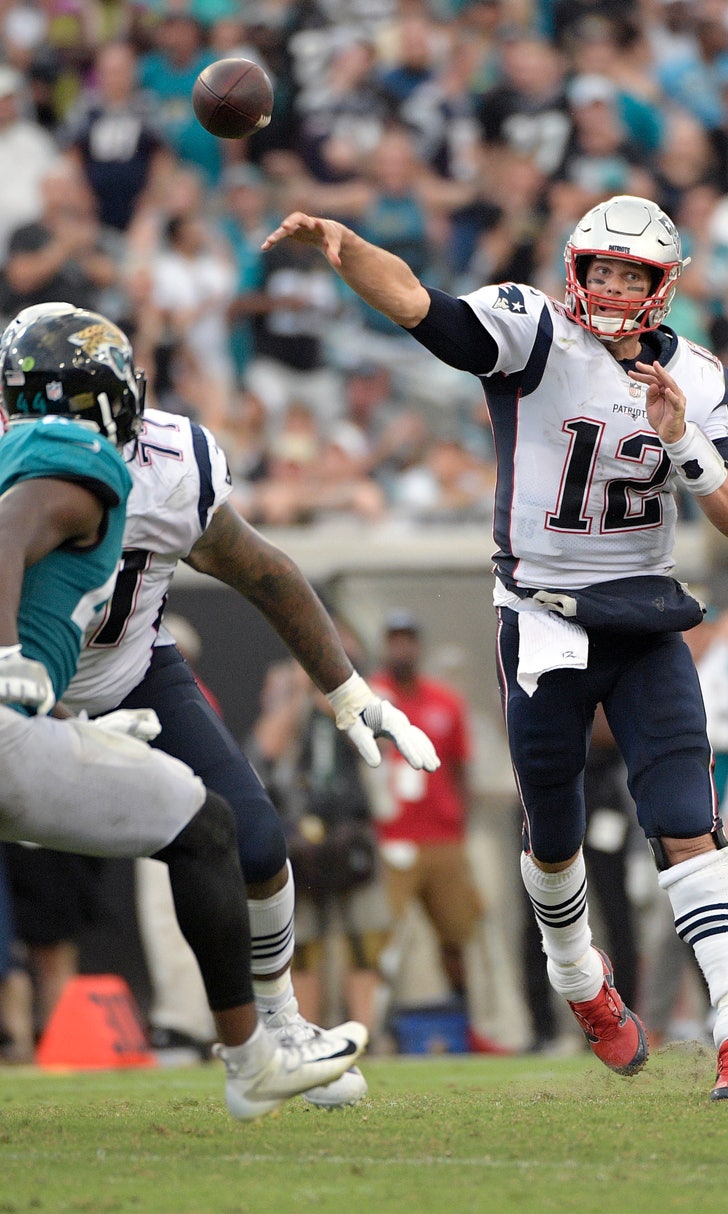 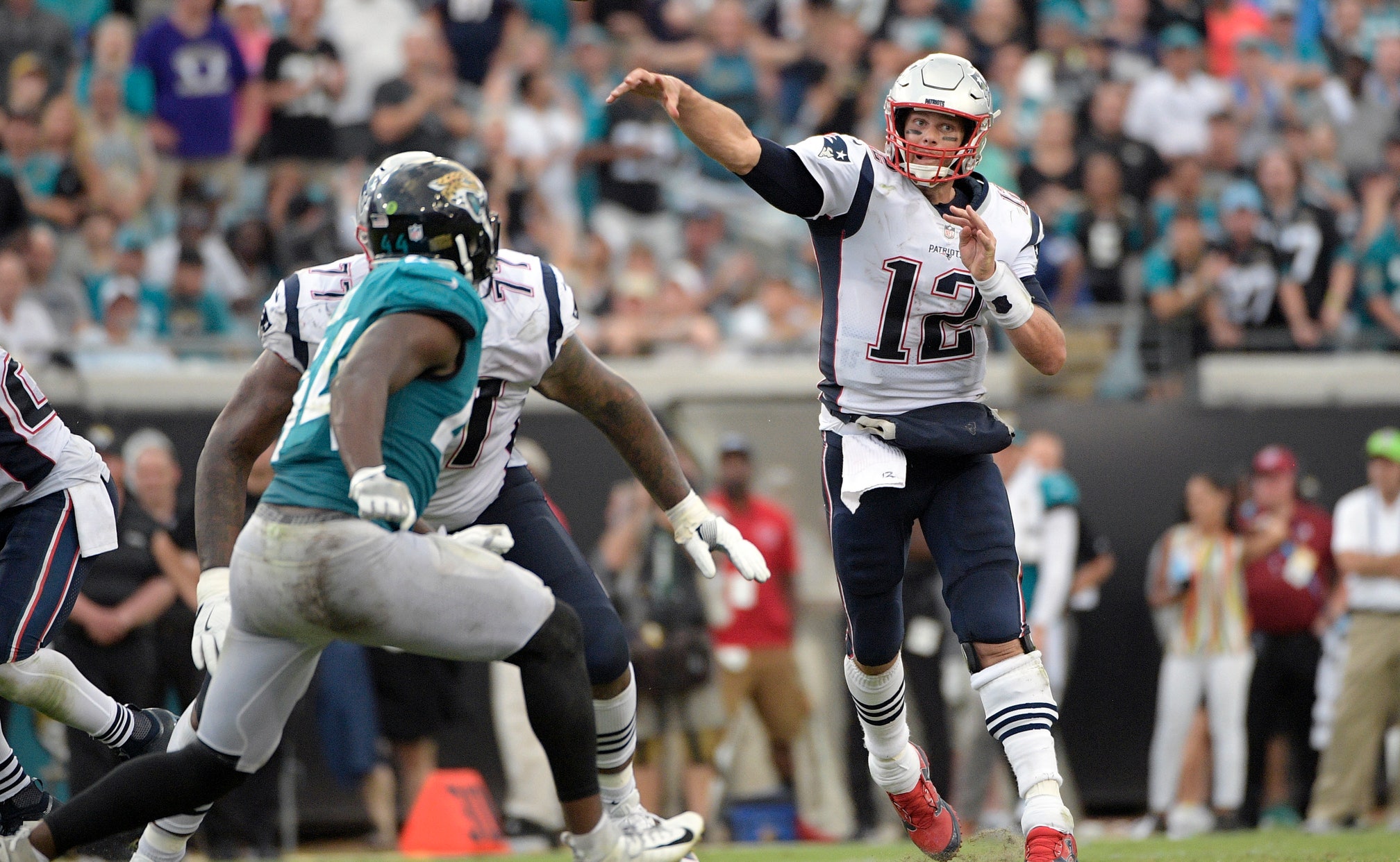 Brady can't pull out a comeback over Jags this time

JACKSONVILLE, Fla. (AP) — Falling behind to the Jacksonville Jaguars was nothing new to Tom Brady.

Eight months after Brady brought the Patriots back from a 10-point deficit in the fourth quarter of the AFC title game, the Jaguars' defense held at key moments in a 31-20 victory, the first time Brady ever lost to Jacksonville in nine games.

"Everyone needs to do a better job," said Brady, who was 24 of 35 for 234 yards and two touchdowns. "That was certainly not our best effort. Give them a lot of credit. They played good. They made it tough, their defense, on our offense. We could never string enough plays together."

The Patriots had only four out of 10 drives last at least eight plays.

One of the more critical moments came early in the fourth quarter when it looked as though Brady were up to his old tricks.

New England, which trailed 24-3 midway through the third quarter, scored 10 points in a span of 2:32 and had the ball on the Jaguars 25 early in the fourth quarter. Brady felt pressure in the pocket just as a crossing pattern was starting to unfold. He tried to get rid of the ball, only it was too late.

Dante Fowler got a strip sack and recovered the fumble, stalling momentum. Two series later, Blake Bortles found Dede Westbook on a crossing route that Westbrook turned into a 61-yard score down the sideline, the fourth of the game for Bortles.

"Just as our guys were getting to the junction of crossing, I was just getting ready to throw it away because I felt someone was coming," Brady said. "Next thing you know, the ball is on the ground. I've just got to throw it away quicker."

Brady's longest drive consumed more than eight minutes and 83 yards and ended late in the first half when Brady had nowhere to throw on third-and-goal and flung it out of bounds.

He also pointed to the opening drive. The Patriots won the toss and elected to receive, perhaps wanting to set the tone early. They moved 39 yards in six plays before facing their first third-down play, and Brady says he missed a shot at Cordarrelle Patterson.

"I had Cordarrelle wide open. It could have been a touchdown. I end up throwing it away," Brady said. "The game is different if I complete that pass and he runs 40 yards for a TD. It's a lot of little things. But little things add up to a loss. And it's (bad) for all of us. We have to go home and do a lot better job."

Stephen Gostkowski missed badly on a 54-yard field goal after that play, giving the Jaguars the ball at their 44. Nine plays later, Bortles found Donte Montcrief for a 4-yard touchdown.

After a three-and-out by the defense, Bortles directed an 84-yard drive that included a one-handed grab by Keelan Cole and a 24-yard touchdown pass to Cole, who badly beat Eric Rowe on the play.

Just like that, Jacksonville was up 14-0. And this time, the Jaguars made it stick.

"That was the whole game," Brady said. "We talked about getting off to a fast start. We had some opportunities and just got behind. They're a good team, a good defense. ... They're fundamentally sound and they forced us to drive it. We weren't able to do it."