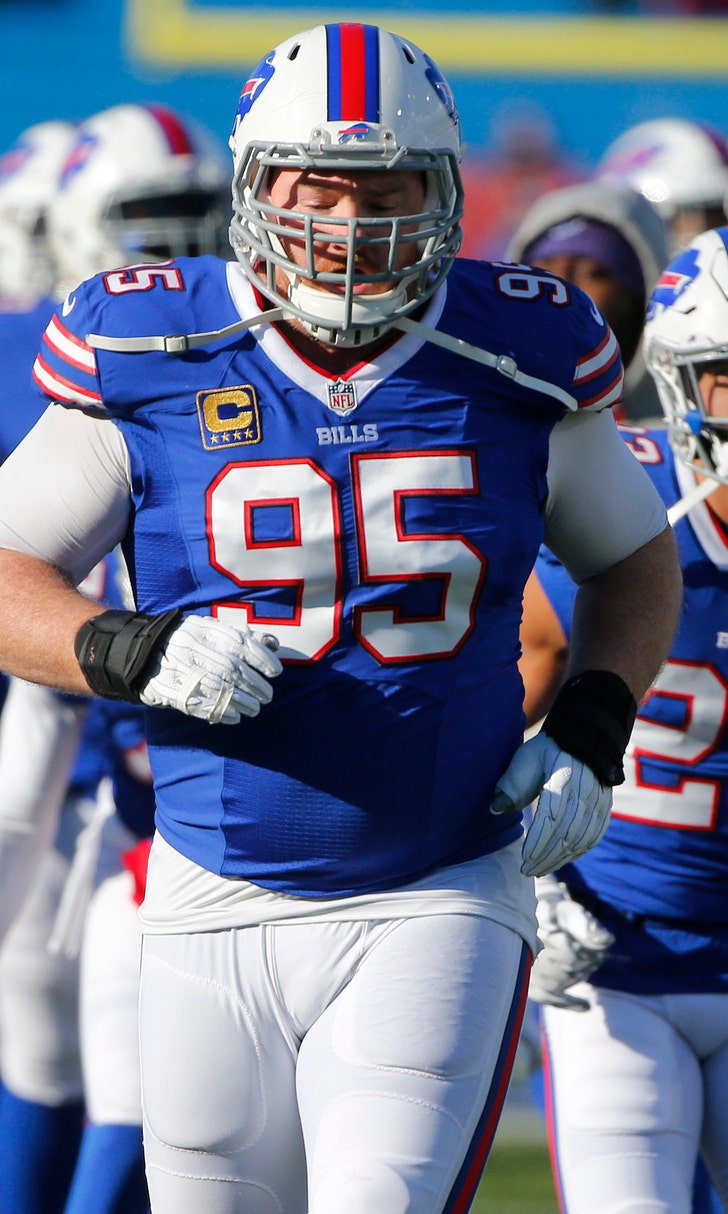 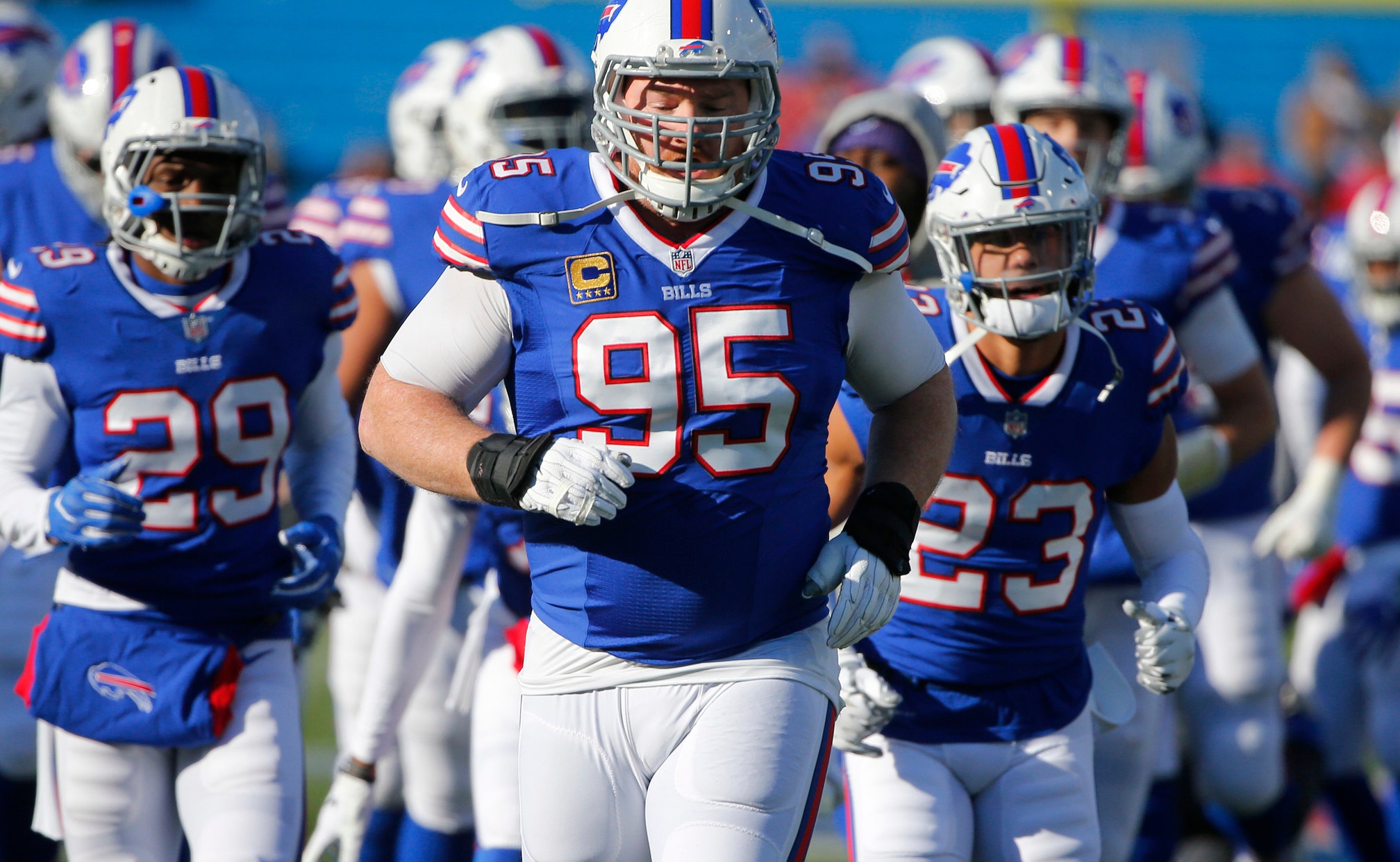 ORCHARD PARK, N.Y. (AP) — Kyle Williams is in no rush to determine his future.

And the Buffalo Bills aren't going to push the defensive tackle into making a decision about returning for a 14th season any time soon in what's become an annual game of wait and see when it comes to the team's respected leader and longest-tenured active player.

"Do you want to read the transcript back from last year," Williams said with a laugh on Wednesday.

He was referring to the noncommittal responses he provided to the same questions a year ago before signing a one-year contract in March. And Williams' comments were hardly different after the 2016 season, when he briefly contemplated retirement before electing to return in February for what was the final season of his three-year contract.

The same applies this time, with Williams and the Bills (5-10) preparing to close out the season hosting Miami (7-8) on Sunday.

Sure, the 35-year-old said, the thought of his future has briefly crossed his mind. And no, Williams isn't going to share even a hint as to which way he's leaning because it would only be a distraction.

Otherwise, no timetable and no commitment.

"I think whenever the decision comes out will be the appropriate time," Williams said, appreciating how little he was divulging.

It's a stance the Bills fully respect, and a topic general manager Brandon Beane has no intention of broaching with the season coming to a close.

"I'm not going to grab him on Monday and say, 'Hey, Kyle, do you want to play?'" Beane told The Associated Press. "I think you've got to let him get away, let the body calm down, the mind, and then decide."

That said, Beane is more than open to having Williams return, and said the decision is essentially up to the player.

"Yeah, we're up for good players, good leaders," he added. "We love Kyle. We're very appreciative of what he does not only on the field, but what he does for our locker room, our community. And I've got nothing but great things to say about him. But we'll let all that stuff handle itself after the season."

Off the field, Williams is the team's unquestioned leader and a fan favorite in a blue-collar community. On the field, he's shown no signs of losing a step.

Out of 954 defensive plays through 15 games, Williams is second among Bills defensive linemen in playing 621 of them — four fewer than pass-rusher Jerry Hughes.

He has five sacks to match his total last year, and the most since Williams had 5 1/2 in 2014. And his 13 quarterback hits and five tackles for a loss match last year's totals while playing on a defense that's jumped from finishing 26th in yards allowed last season to currently ranking second.

Williams is pleased with his production.

"You never want to be someone that is falling way off or dragging a leg out there," he said. "I've got a very high standard for the way I want to do things."

Though Williams enjoys his leadership role, he noted he can continue mentoring players whether or not he's on the roster.

As for the Bills' desire for him to return, Williams is honored.

"I assume that they would, but any time someone goes out of the way and says, 'You're one of their guys, a guy you'd love to have around,' that makes you feel good," Williams said. "You know that your body of work and the things that you do are respected."

Just don't expect an answer on his future just yet. The constant speculation regarding it has become a source of amusement.

One morning in August at training camp, Williams made his way to the practice field when assistant strength and conditioning coach Hal Luther yelled out: "Welcome to the Kyle Williams' victory tour!"

Williams responded by raising his arms as if in celebration.

It was a joke, Williams said, noting Luther was hoping to distract reporters by having them ask Williams whether this was, in fact, his final season.

Williams shook his head at the memory and laughed by saying: "Don't fall into his trap."

So, see you in April, right?

"Hey," Williams said, before breaking into a smile, "What I would tell you is just hang out and see what happens."