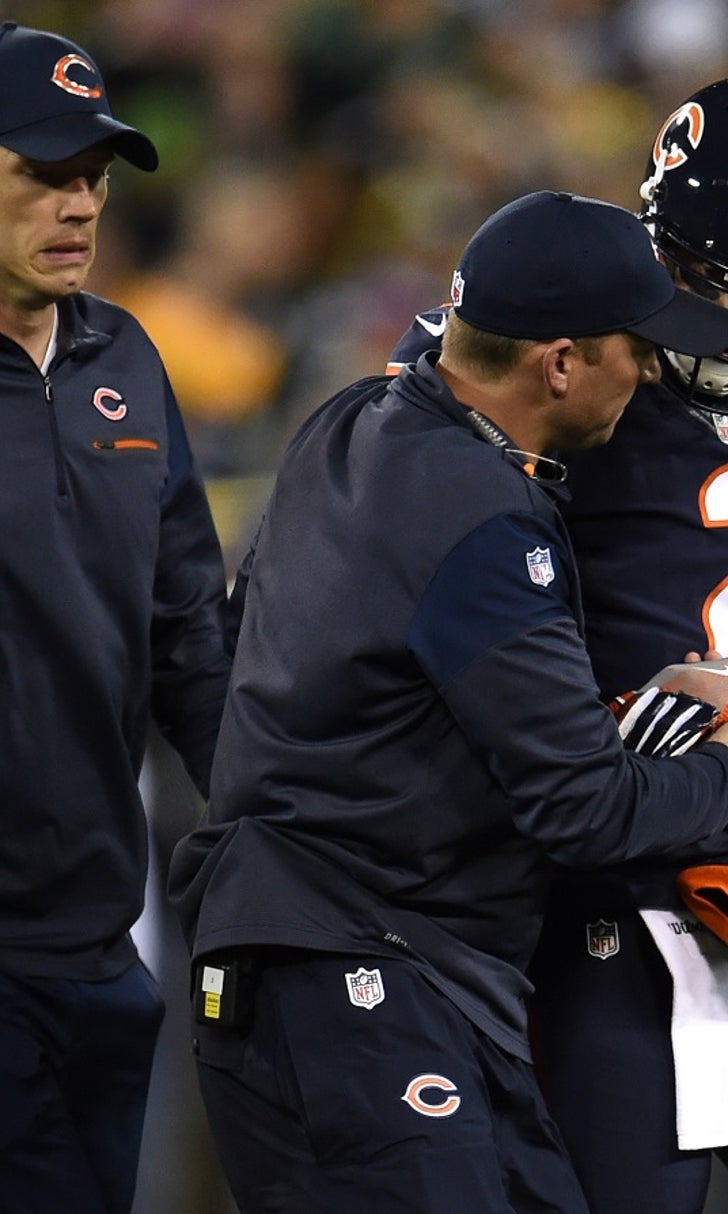 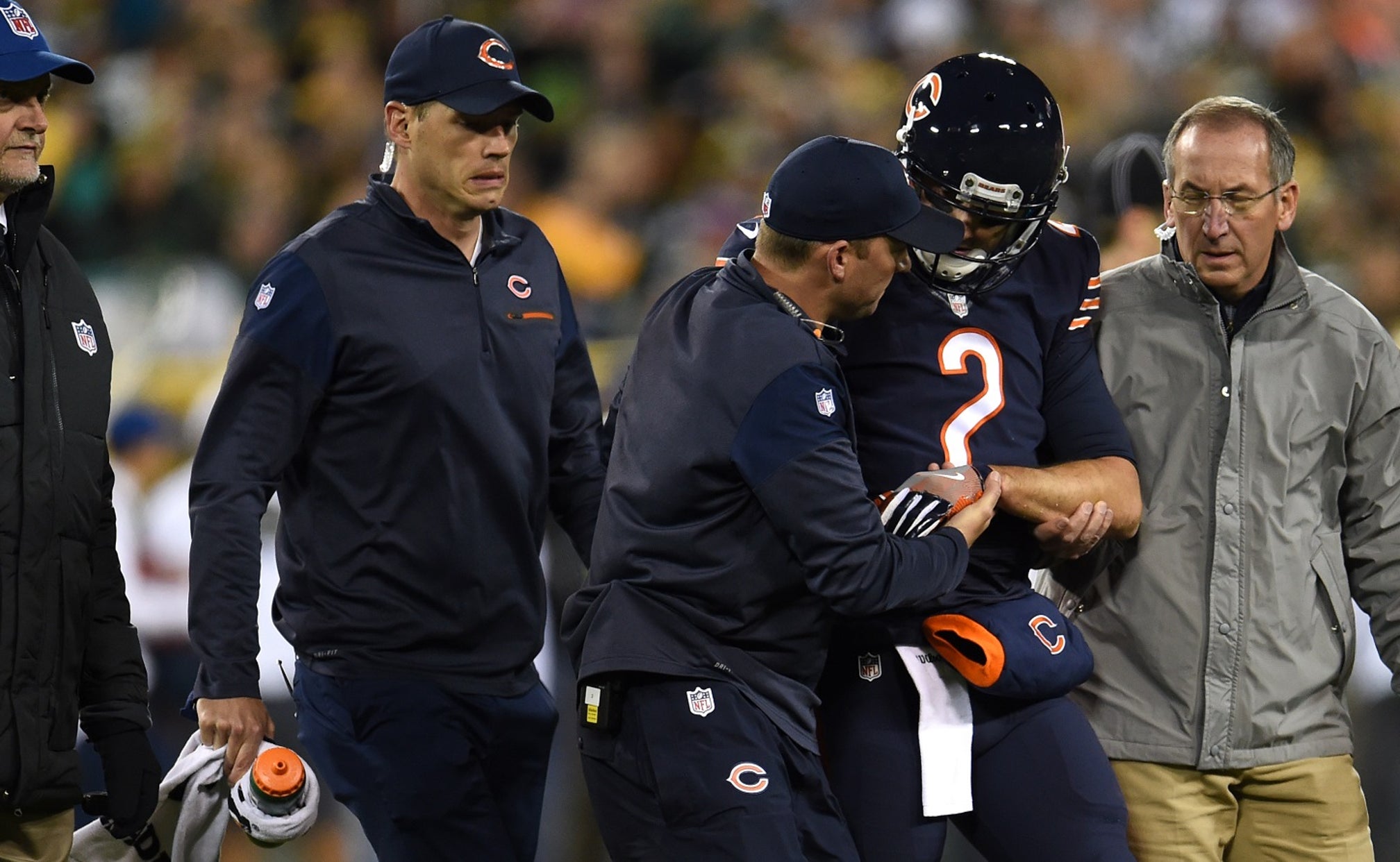 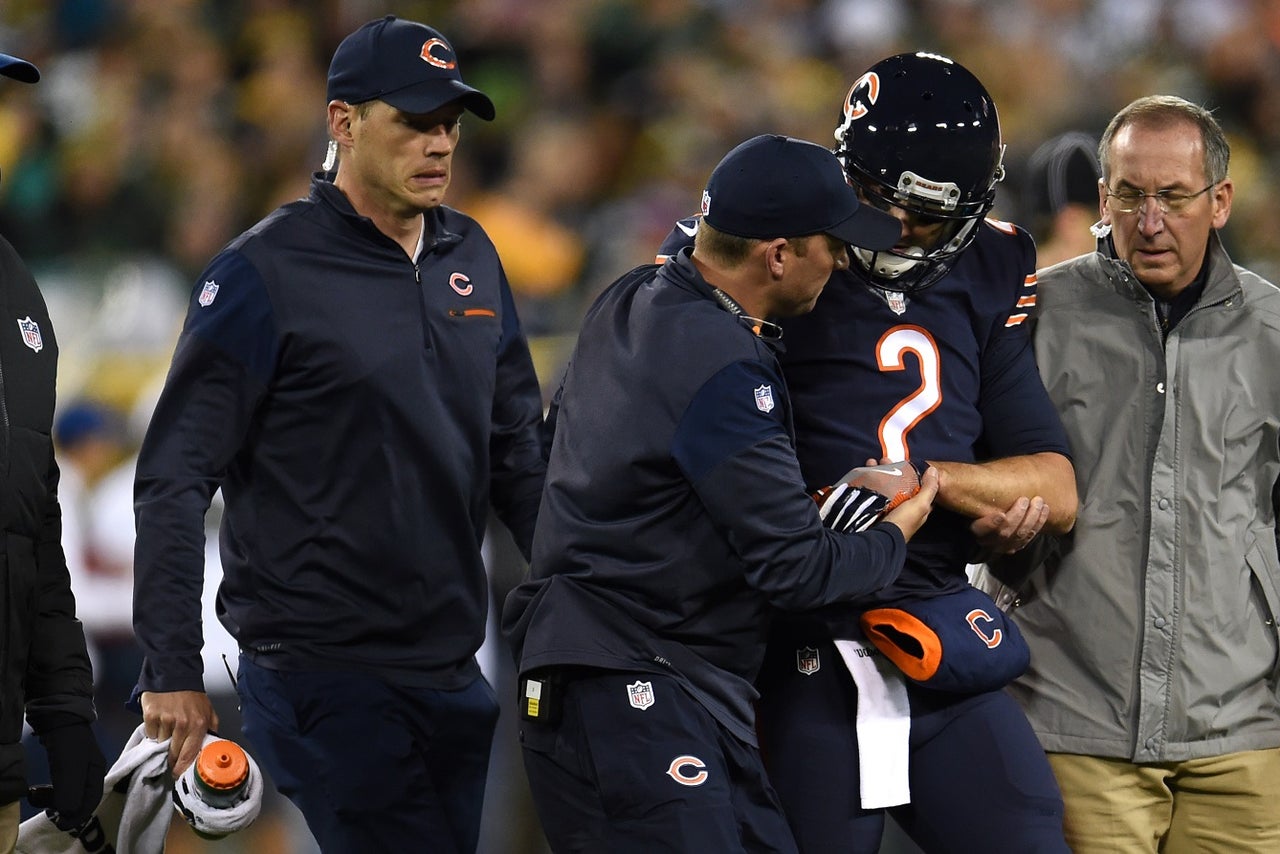 Chicago Bears quarterback Brian Hoyer was forced out of Thursday night’s game against the Packers after suffering a broken left arm.

Hoyer, who has been filling in for injured starter Jay Cutler, had to be helped to the Bears locker room after being hit by Packers defensive end Julius Peppers and linebacker Clay Matthews.

Matt Barkley took over for Hoyer, who threw for more than 300 yards in each of his previous four starts. Barkley, who was drafted in the fourth round by the Eagles in 2013, last appeared in a game in 2014.