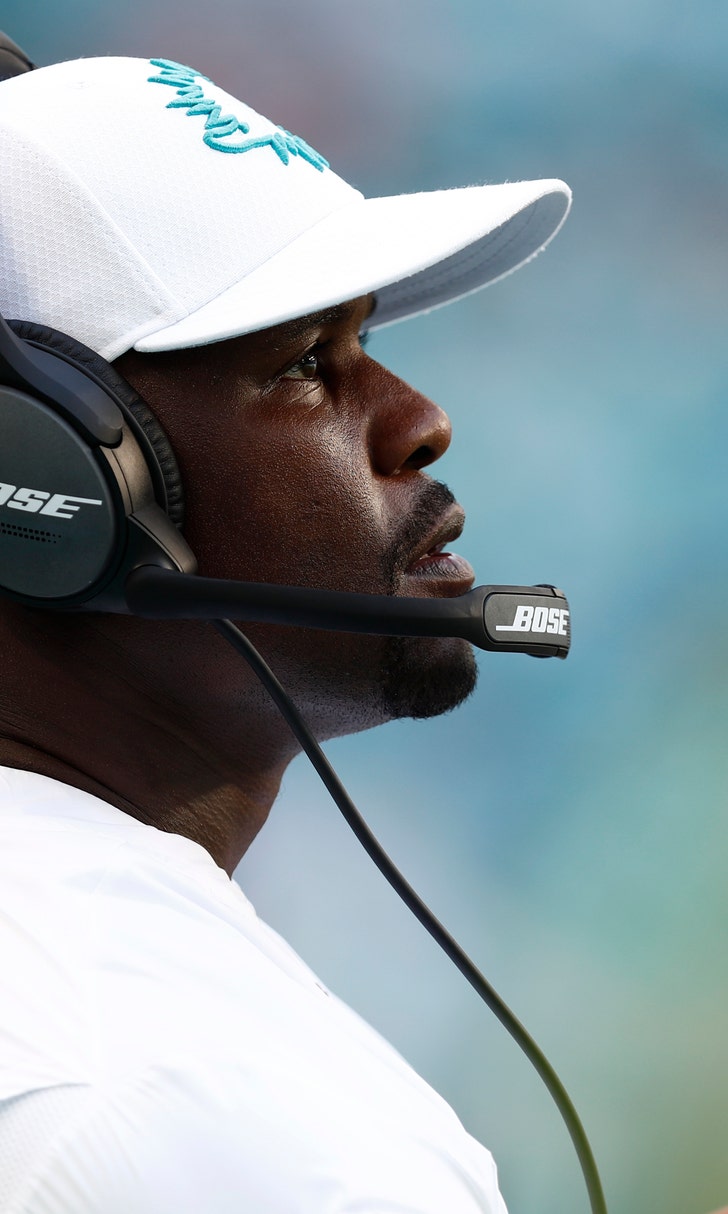 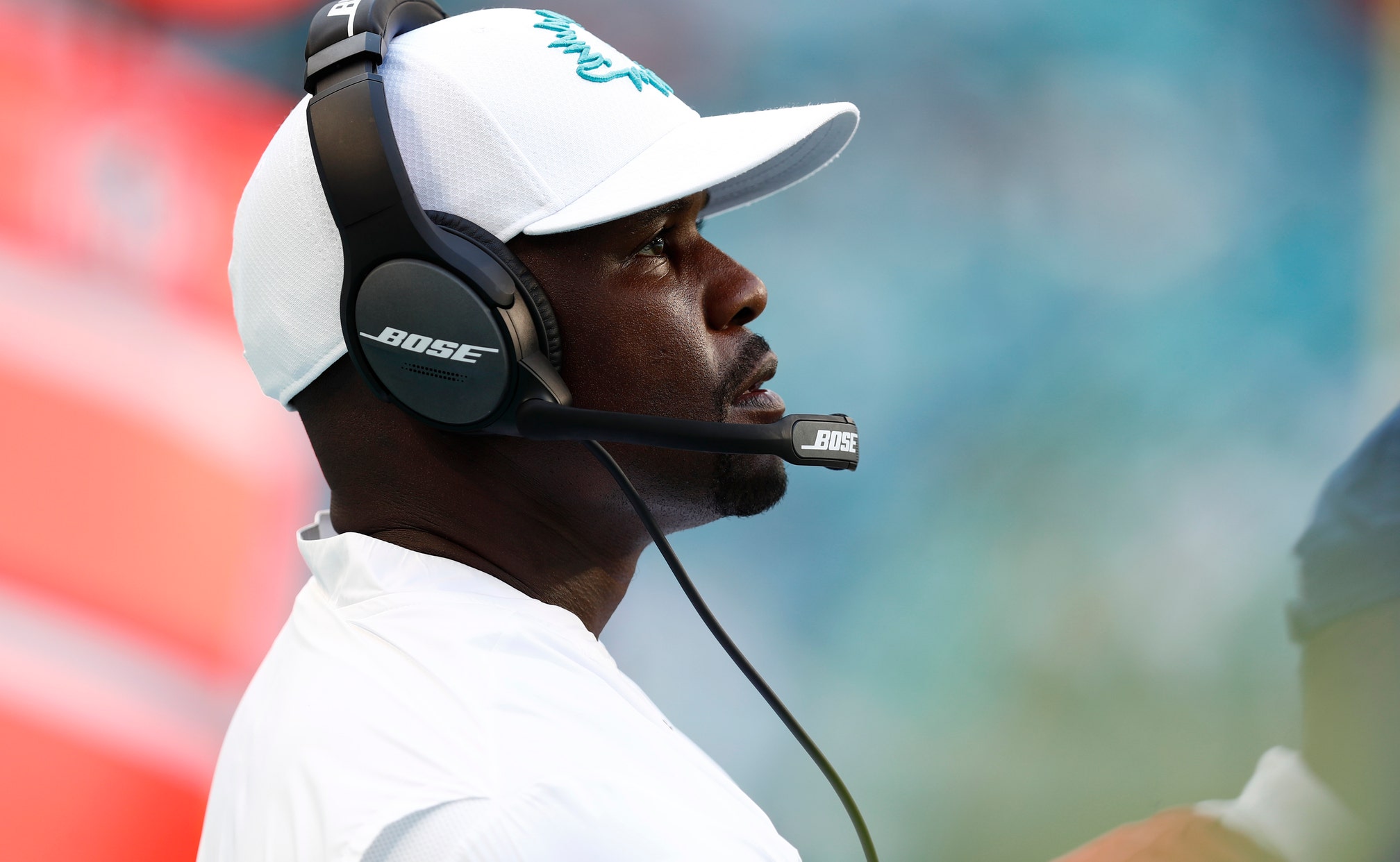 MIAMI GARDENS, Fla. (AP) — Widely projected to win four or five games this year, the Miami Dolphins may have been overrated.

They looked like strong candidates to go winless in their season opener Sunday, losing to Baltimore 59-10. It was the most lopsided regular-season loss in franchise history, and it came in Brian Flores' first game as an NFL head coach.

"How this team plays is a reflection of me," Flores said.

That wasn't good. The Dolphins gave up a franchise-record 643 yards, an eye-popping number even for a team that allowed a team-record 6,257 yards last season. The points allowed ranked second only to a 62-7 playoff drubbing at Jacksonville 20 years ago.

The offense netted 200 yards, and quarterback Ryan Fitzpatrick spent much of the afternoon running for his life behind a patchwork line.

"That's what happens — you go out there and don't execute, you're going to get beat bad," Fitzpatrick said.

Miami has been hording draft picks during an ongoing roster purge that brought 14 new players to roster just since the end of the exhibition season. But Flores bristled at the suggestion the rebuilding project has left him little talent to work with.

"I don't worry about that," Flores said. "We've got the guys we've got. I'm not an excuse-maker. Put that in the excuse bucket and kick it to the curb. I'm not into that."

Players weren't inclined to alibi either.

"I don't care if the group has been here all together for 10 years or one week. You have to be ready," center Daniel Kilgore said. "We have to take ownership of it."

Emergency repairs will be needed to pull off a turnaround by next Sunday, when the Dolphins host Tom Brady, Antonio Brown and the New England Patriots.

"We dug ourselves a hole," cornerback Eric Rowe said, "and don't want to dig it deeper."

For Flores, the drubbing was a big change from his previous game, which his defensive play-calling helped New England win the Super Bowl by holding the high-scoring Los Angeles Rams to three points.

He said the problem against the Ravens was execution, and he was surprised it was so bad.

"We talked about playing penalty-free, having a clean operation, alignments, assignments, trying to play turnover-free, starting fast," he said. "We didn't accomplish anything."

The Dolphins were manhandled up front and overmatched in their secondary, giving up six touchdown passes to tie a franchise record.

On offense, Fitzpatrick was the least of the problems. He went 14 for 29 for 185 yards and a score despite constant pressure, little support from the ground game and at least two dropped passes.

"He did well trying to move this offense," Flores said.

Josh Rosen, who lost a battle for the quarterback job in training camp, replaced Fitzpatrick late in the third quarter.

"Get him some work," Flores said. "Game reps are important."