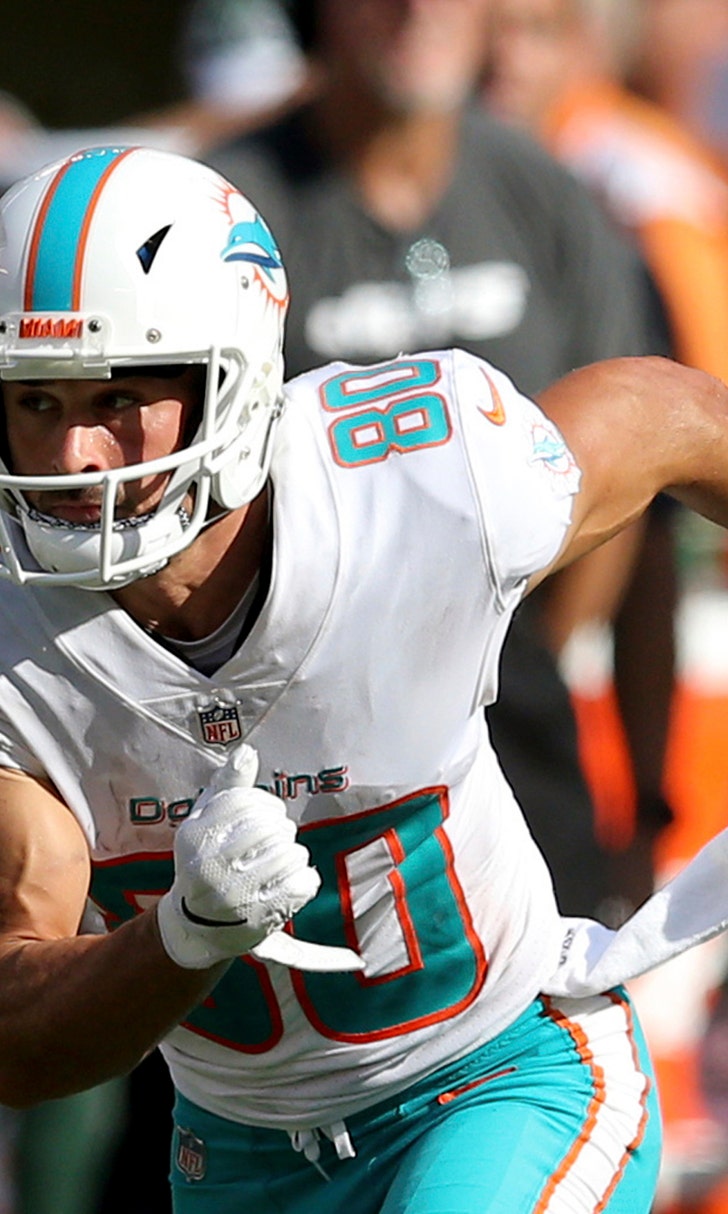 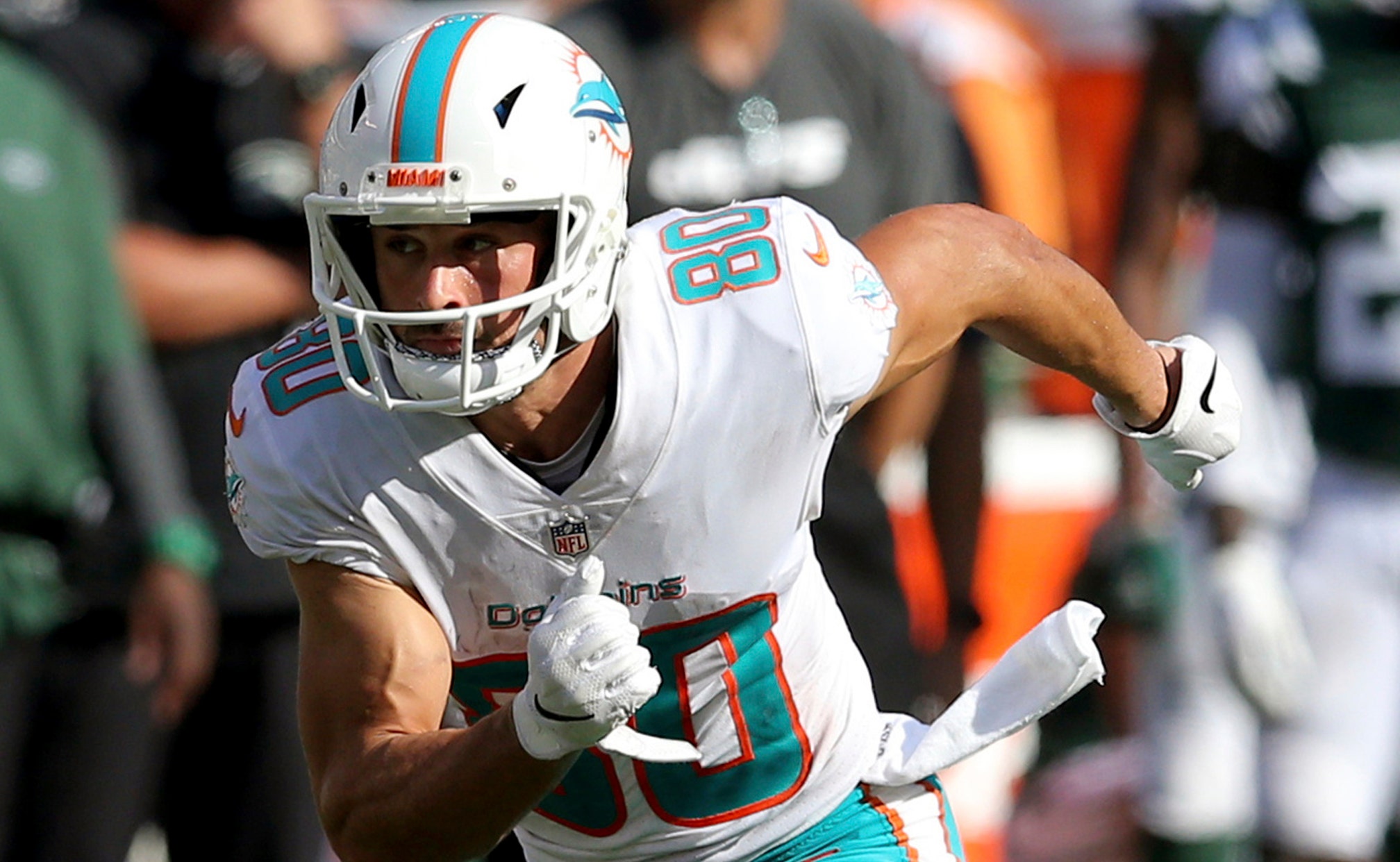 Amendola ready for hits or handshakes when he faces Pats

DAVIE, Fla. (AP) — For any New England Patriots wanting to say hello Sunday to former teammate Danny Amendola, they most likely can find him running over the middle.

But they already knew that. That's where Amendola made his living for five seasons with the Patriots, and that's where he has made an impact so far with his new team, the Miami Dolphins.

The veteran receiver faces his former team this week and said he's excited to return to Foxborough, although he's not sure what form the reunion will take.

"They have a lot of great people there," Amendola said. "I can't sit down and talk to all of them. I'm going to just focus on the game, and whoever I get to hit or handshake, that's fine with me."

He'll likely be hit, too. Amendola's hallmark is pass patterns over the middle, where he willingly exposes his 5-foot-11, 190-pound frame to jarring blows.

He has been effective that way for the surprising Dolphins, leading them with 11 receptions. While he has totaled only 100 yards, he has drawn attention and opened up the flanks to speedier receivers Kenny Stills, Albert Wilson and Jakeem Grant.

As a result, Ryan Tannehill ranks third in the NFL in yards per attempt, and the Dolphins this week have a chance at their first 4-0 start since 1995.

Tannehill loves Amendola's contribution to the offense, and his willingness to work between the hash marks.

"It's huge," Tannehill said. "To have the confidence and the bravery — I don't know the politically correct word to use here — to stand in there and make those catches in tight windows, knowing that you're going to take some punishment afterward, is huge. Some guys can't do it, but if you look at Danny, he's a guy who has done it for his whole career and continues to do it. So, yes, it's awesome to have. It definitely keeps the chains moving for us."

Miami coach Adam Gase wanted to improve the culture of his team after going 6-10 last year. So the Dolphins parted with high-maintenance receiver Jarvis Landry and signed Amendola to a $12 million, two-year deal.

With 13 postseason games and two Super Bowl rings on his resume, Amendola has brought to Miami the anticipated intangibles, Gase said.

"Just seeing him every day in meetings doing things the way that he does them, and the intensity that he brings, and everything he does has been great for our guys to witness," Gase said. "He has been a positive influence."

"It takes a lot of heart and courage to go across the middle and take some of the hits he has taken throughout his career," Stills said. "That energizes a group. It makes our group stronger. That's a high bar he sets for the rest of us."

If it annoys Amendola that the Patriots didn't re-sign him, he's won't say so. Instead, he said his years with Tom Brady and Bill Belichick provided a lasting education.

"Some of the things I learned there I'll carry with me forever," Amendola said. "What I've learned most is how to prepare for a game, what goes into the weekly routine leading into a game. I'm just using my preparation skills against them now."

When asked if Dolphins coaches picked his brain this week about the Patriots' system, Amendola said: "They're smart."

Amendola's smart, too, and knows better than to gloat about the struggling Patriots (1-2) trailing his new team in the AFC East standings.

"It's early in the season," he said. "Everybody in the whole league is trying to figure some things out and trying to get moving, including us."

The Dolphins have already figured out they can get moving by throwing over the middle to Amendola.