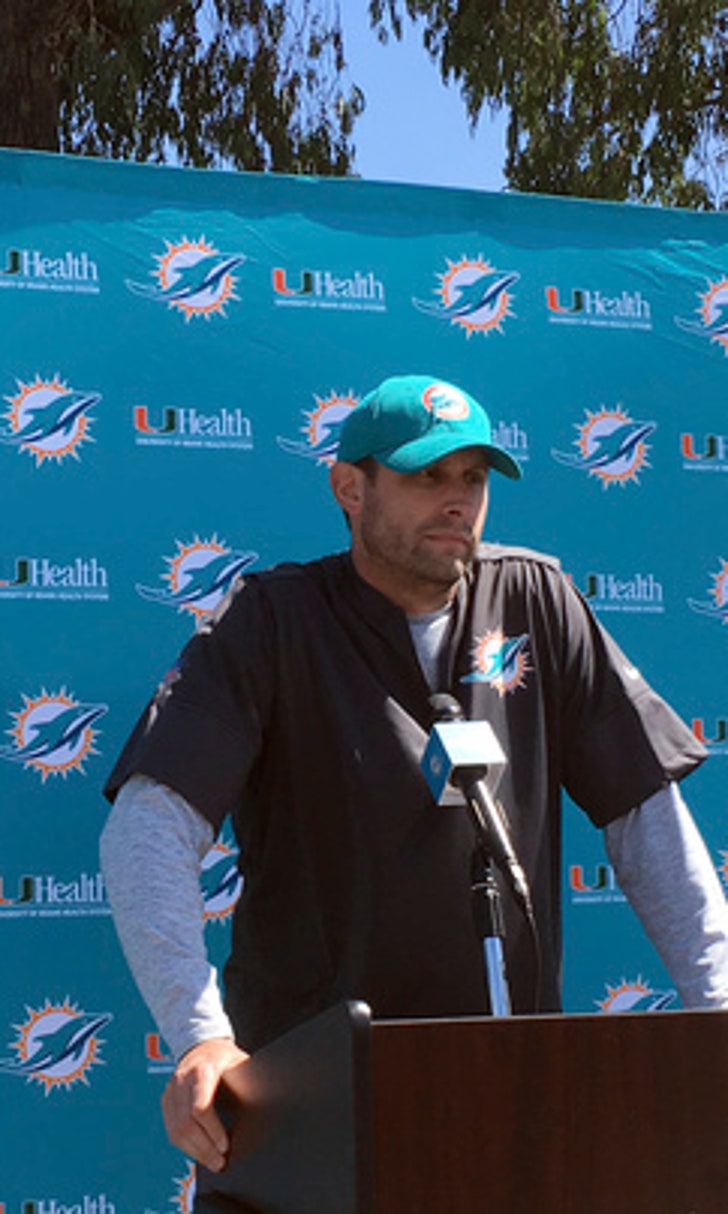 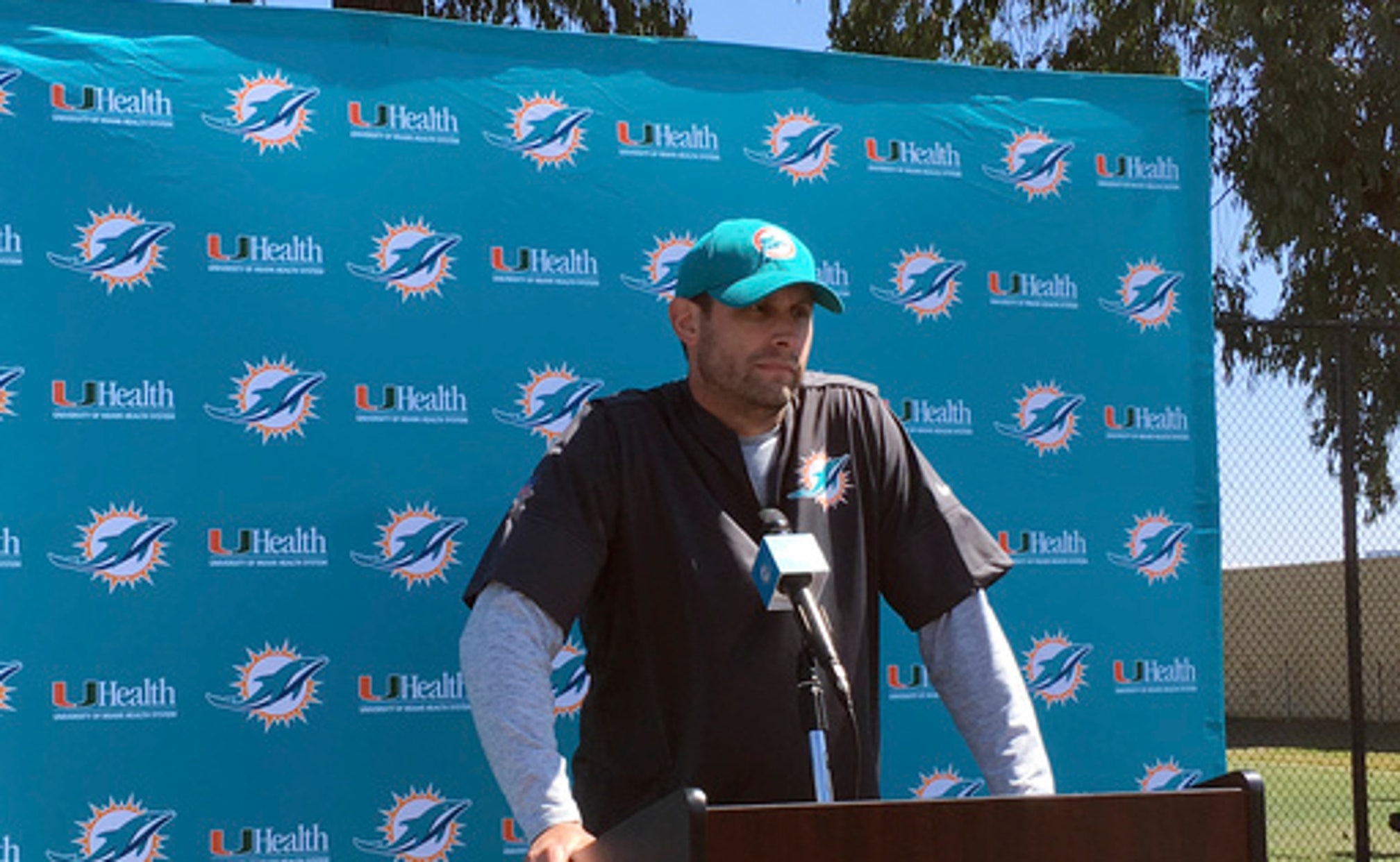 After Irma, Dolphins back to football on California coast

OXNARD, Calif. (AP) The Miami Dolphins hit the practice fields Wednesday for the first time in a week, working out under cloudless blue skies in 72-degree, humidity-free California weather.

Hurricane Irma and its devastation to South Florida seem a world away, but the Dolphins are still thinking about home while they make an unexpected road trip.

The Dolphins are spending the week up the Southern California coast from Los Angeles after leaving Miami several days early to avoid the hurricane. Their home opener against Tampa Bay was postponed by the storm, so they will begin their regular season Sunday against the Chargers.

''I've been watching film the last couple of days, and we've had our first couple of meetings already,'' defensive end Ndamukong Suh said. ''So really, it's just having an opportunity to take my mind off a little bit of what's going on back home in Florida and focus on what's important out here, and then obviously we're not worried about football and taking care of that stuff. Obviously the real world hits hard, but it is part of life.''

The Dolphins' rapid relocation came together quickly when Irma presented a clear threat to the Miami area. Dolphins owner Stephen Ross chartered a jet to fly players, team personnel and their families across the country last Friday night.

Receiver Jarvis Landry was on the plane with his daughter, Joy.

''It was a loud flight,'' he said with a laugh. ''But it was good to have an opportunity for everybody to get their families out and get to safety.''

Other players and coaches have arrived in California over the past three days, with the final players getting into town Tuesday in time for a full week of practice. The Dolphins are headquartered at the hotel and practice fields used by the Dallas Cowboys for training camp.

Dolphins coach Adam Gase left South Florida last week when it became clear the hurricane was coming. He said he doesn't know whether his home was damaged: ''I haven't asked.''

''I'm not really worried about this group,'' added Gase, who arrived in Los Angeles on Saturday. ''They've been through a lot over the last year and a half with some of the challenges they met. And going into this year, everything hasn't always been smooth. But these guys, they battle and they fight, and they handle adversity as good as anybody I've been around.''

Indeed, the Dolphins have done long trips before: They spent a week north of San Diego last season in between games against the Rams and the Chargers. The Rams helped out with the Dolphins' relocation this week, sending over IT experts and other personnel to help the Dolphins get settled.

Center Mike Pouncey went to Pittsburgh to visit his twin brother, Steelers center Maurkice Pouncey, while the hurricane bore down on Miami. The Pro Bowl center got out to California in plenty of time to prepare for his first game since early last season, which lasted just five games due to a hip injury.

''We're really not worried about it at all, playing 16 straight,'' Pouncey said. ''It's just another game for us, and we'll be ready each and every week when we go out there. Just know, towards the end of the season, we'll probably have to back it off just a little bit in practice.''

The Dolphins won't get a true bye week this season. Their home opener was swiftly rescheduled for November, but the delay means Miami hasn't played a game since its preseason finale Aug. 31.

That's not the ideal way to prepare for the Chargers' pass-rushing duo of Joey Bosa and Melvin Ingram, to say nothing of Philip Rivers' offense.

What's more, the hurricane made an already brutal September travel schedule even tougher for the Dolphins. After Sunday's game in Los Angeles, they visit the New York Jets next weekend, followed by a trip to London to take on the Saints.

The Dolphins' training complex in Davie, Florida, avoided any major hurricane damage, which means the team can practice there next week to prepare for the Jets. Hard Rock Stadium also has no structural damage, so the Dolphins will be able to play their next home game there Oct. 8 against Tennessee.

But life won't be back to normal in South Florida for a while, the Dolphins realize. Ross on Wednesday pledged $1 million to rebuilding efforts in the Miami area, and the team plans to deploy volunteers to help with urgent rebuilding projects.

Until they return on Monday, the Dolphins will prepare for work in their California oasis.

''It's our normal Wednesday,'' Gase said. ''The only thing I said to (the players) was, `Control what you can control.' We're going to play a game Sunday, so we've got to get ready. I think these guys, they were glad to be back out here. There was good energy in meetings. It will be fun for these guys.''