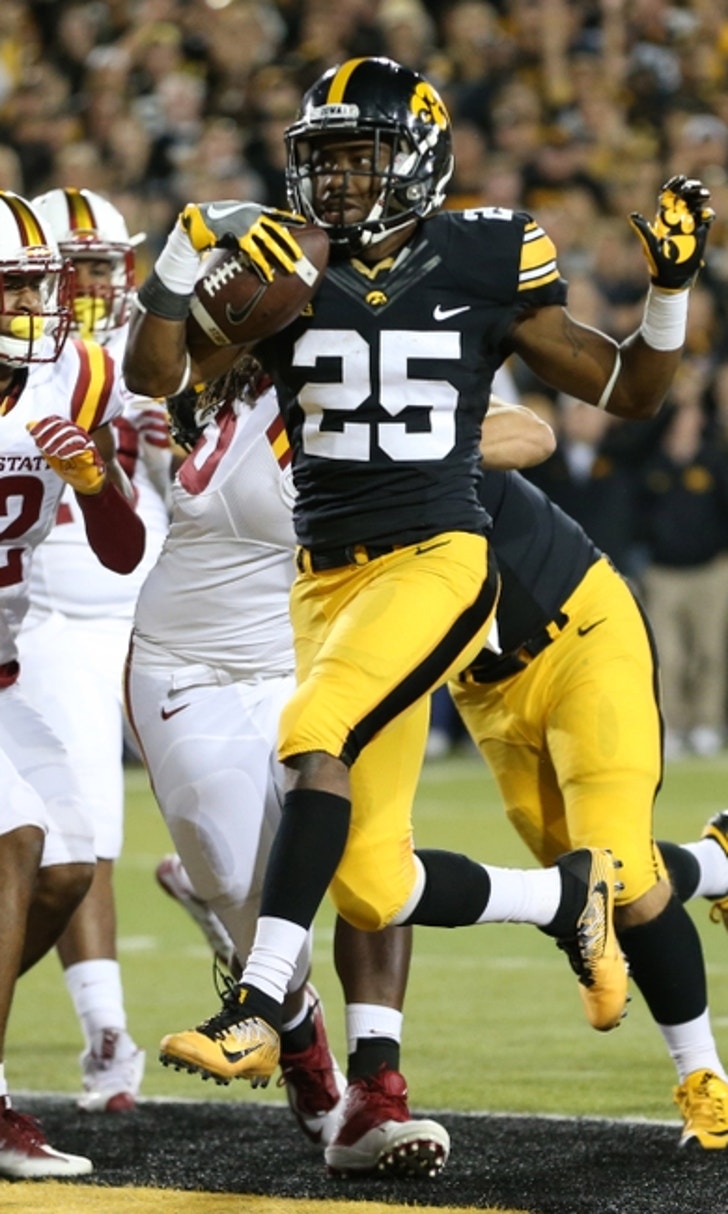 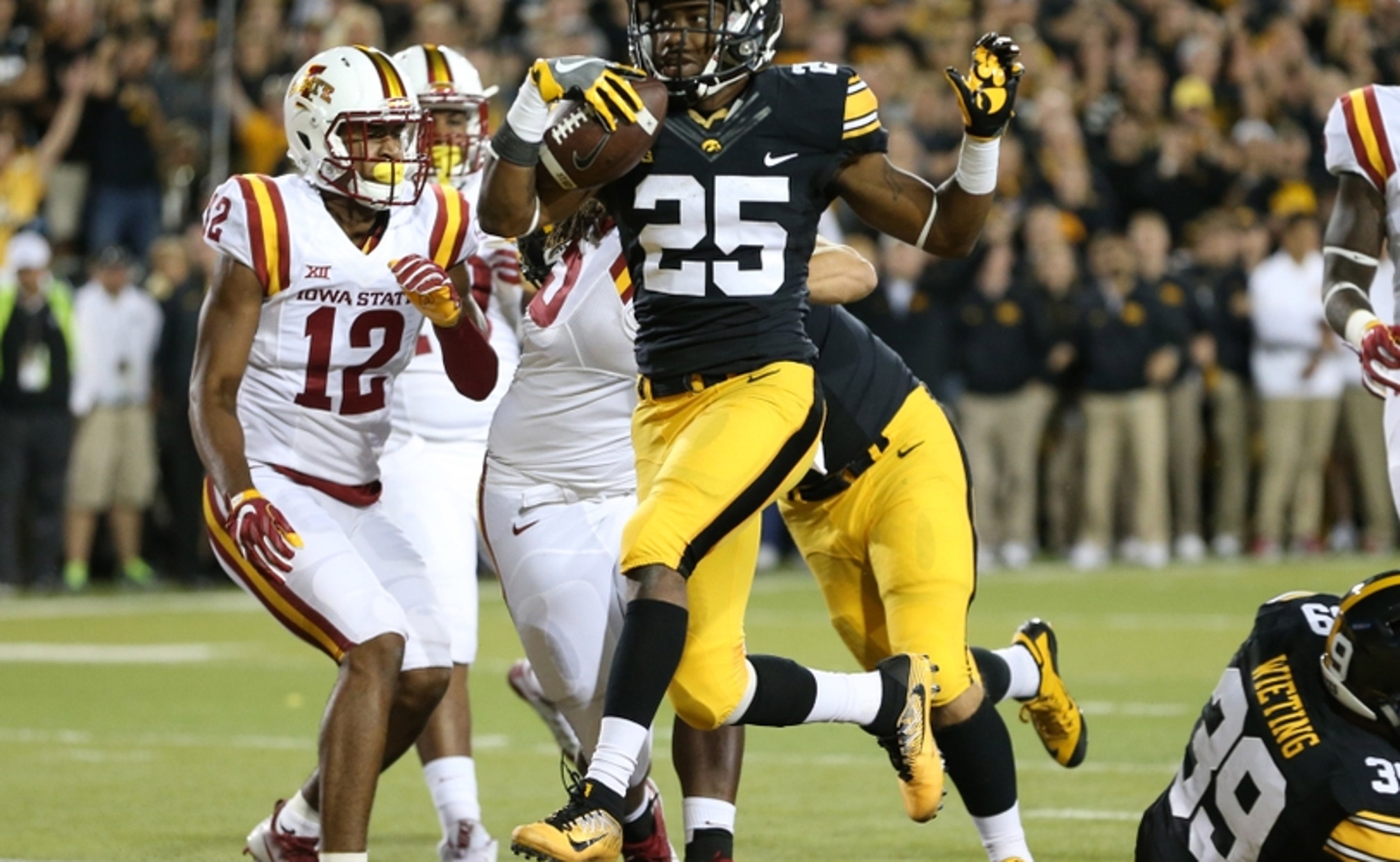 BY Fansided and Jon Dove/FanSided via With the First Pick • December 15, 2016
share

Iowa’s Akrum Wadley is an explosive and smooth athlete who is a big-play waiting to happen.

Akrum Wadley’s highlight reel is filled with him making defenders look foolish. He’s a shifty and smooth athlete who makes clean cuts. His elusiveness makes it tough for the defense to bring Wadley in open space.

Wadley is a quick-twitch athlete who gets up to full speed in a hurry. He has the speed to attack the edge and outpace defensive angles. This is a runner who is a threat to score every time he touches the football.

He isn’t just a speed back as he also does a good job working between the tackles. Wadley has a knack for making himself thin and shooting through small running lanes. His elite change of direction ability helps him pick his way through traffic.

Wadley also shows good patience and a willingness to let his blocks develop. This works well with his explosiveness as he is capable of hitting the hole at any moment.

He brings added value in the passing game with his reliable hands and potential to pickup yards after the catch. Wadley is someone that demands the ball based on his ability to pick up big chunks of yards and put points on the board.

An area where he needs to improve is his pass protection. He shows a willingness to meet the rusher in the hole, but must do a better job identifying the immediate threat.

Overall, Wadley is a dynamic playmaker who is capable of making things happen on his own. His running style reminds me a lot of Jamaal Charles. Wadley has that type of explosiveness and ability to make defenders miss.