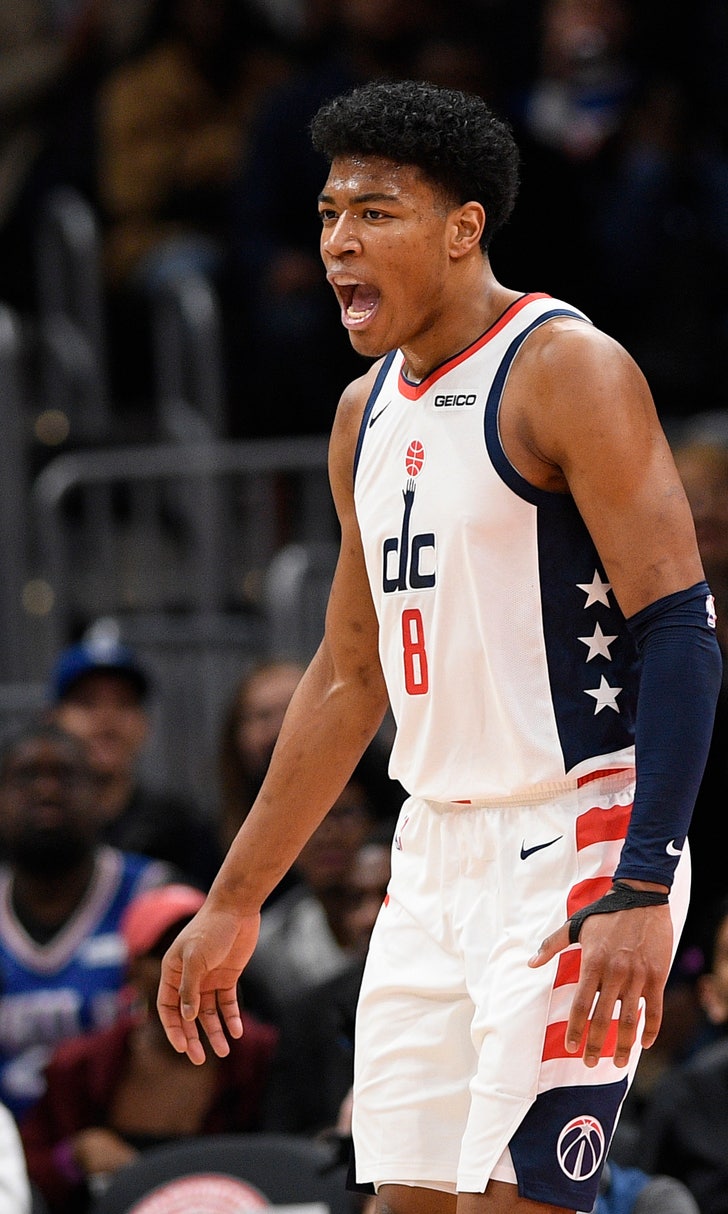 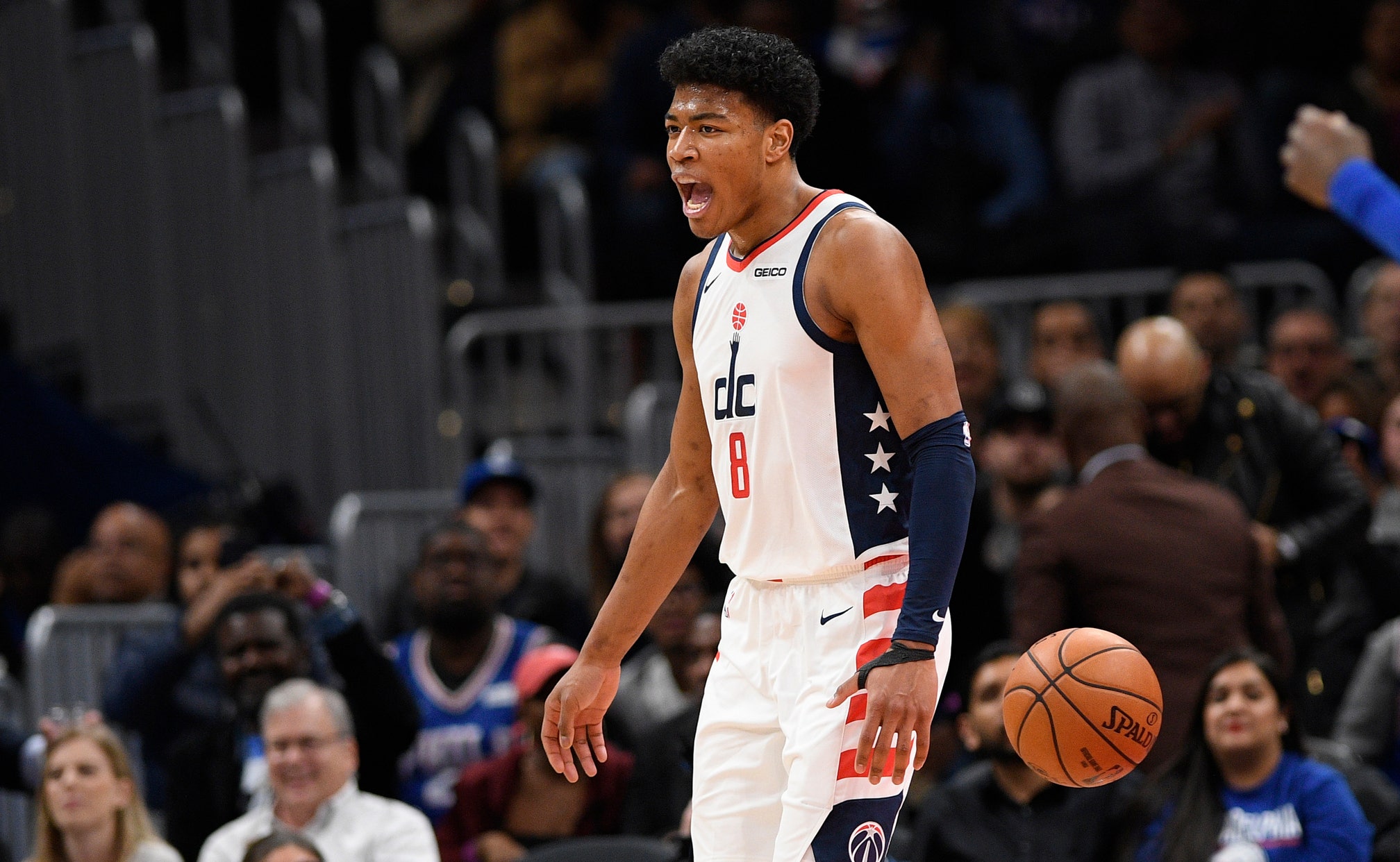 Wizards rookie Rui Hachimura growing with each game in NBA

WASHINGTON (AP) — In what could best be described as a veteran move, Rui Hachimura tried to duck out of doing a postgame media session by pleading that he was worried about missing the Washington Wizards' team flight out of town.

“I can't be late,” he insisted, wearing a rust-colored hoodie and a black backpack. “I'm a rookie.”

Yes, that's true, of course. A rookie that's learning the ways of the NBA quite quickly, however.

Hachimura, a 21-year-old from Japan, relented and took a few questions Thursday night after his latest in a series of strong performances, putting up a team-high 27 points to help Washington surprise the Philadelphia 76ers and their collection of stars such as Joel Embiid and Ben Simmons by a score of 119-113.

“He’s like a seven- or eight-year vet. He just chips away at the game, every time. He’s a winner. He just plays the right way. He plays hard. He plays for his team. He’s not searching for stats. He just competes," Wizards coach Scott Brooks said. "And he wants to get better. He knows he has a lot to learn and he’s a sponge out there. He wants to improve.”

The first-round draft pick out of Gonzaga played 42 1/2 minutes against Philadelphia, making 11 of 18 field-goal attempts and adding seven rebounds.

“I love when he plays with joy. I think that’s the most important thing, especially when you're young. I'm guilty of that sometimes, too — you kind of get caught up in the emotion. It’s a hard season, man, for a young guy, who isn’t used to that ... including me,” said 22-year-old teammate Moe Wagner, a second-year pro himself.

“Today, you could just tell — he smiles, he has fun, even if he doesn't make shots,” Wagner said. “That’s so much fun to play with, if you know your teammate enjoys playing. I’m proud of him.”

In this day and age of analytics and analysis that proclaim 2-point jumpers dead and gone — long live the 3-pointer! — Hachimura counts as a bit of a throwback.

Or as Wagner put it: “That little mid-range jumper is really hard to guard.”

Hachimura, listed at 6-foot-8 and 230 pounds, entered the game averaging 13.4 points and 5.6 rebounds and offers versatility by playing some forward and some center on a Wizards team that's dealt with what's seemed like a new injury every day while starting the season with a 7-13 record.

“This is my first year and I don’t know anything about the NBA yet,” Hachimura said. “So I’ve just got to play hard.”

He thinks his greatest strides have been in learning how to adjust to the spacing in the league, so different from the college game, and finding his spots to get shots.

The chemistry with teammates is coming along.

Hachimura draws praise from Brooks for adjusting in various ways.

One example at the defensive end: He's less susceptible to falling for opponents' shot fakes.

“He’s good now, as a young player. When you're a young player, everything is coming at you so fast. And you're learning so many things on the fly,” Brooks said. “And he's going to improve. His basketball IQ is high, but it's going to get better, just through all the experience.”

A reporter wanted to know whether Hachimura — who scored 30 points in a loss last weekend — considered the victory against the Sixers his best game with the Wizards so far.

Spoken like someone who's been around for a while. ___ More AP NBA: https://apnews.com/NBA and https://twitter.com/AP_Sports 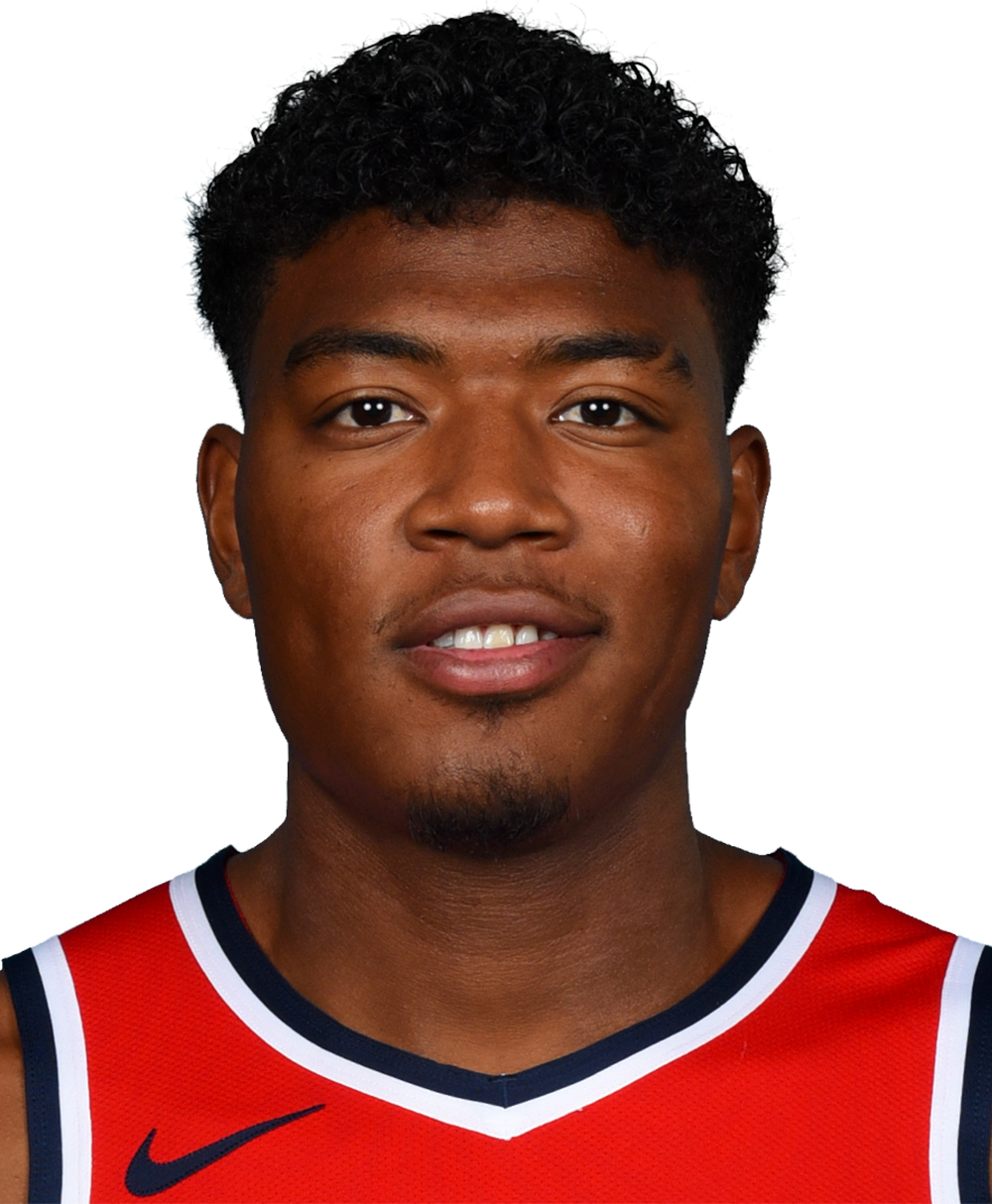