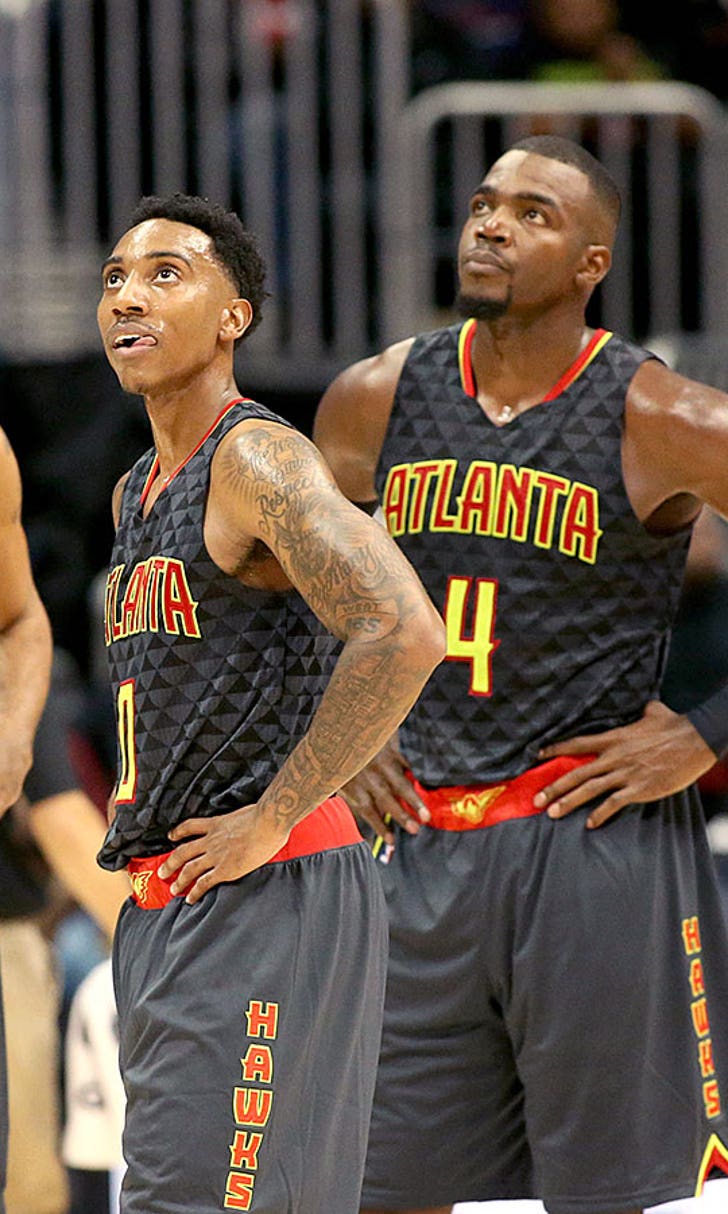 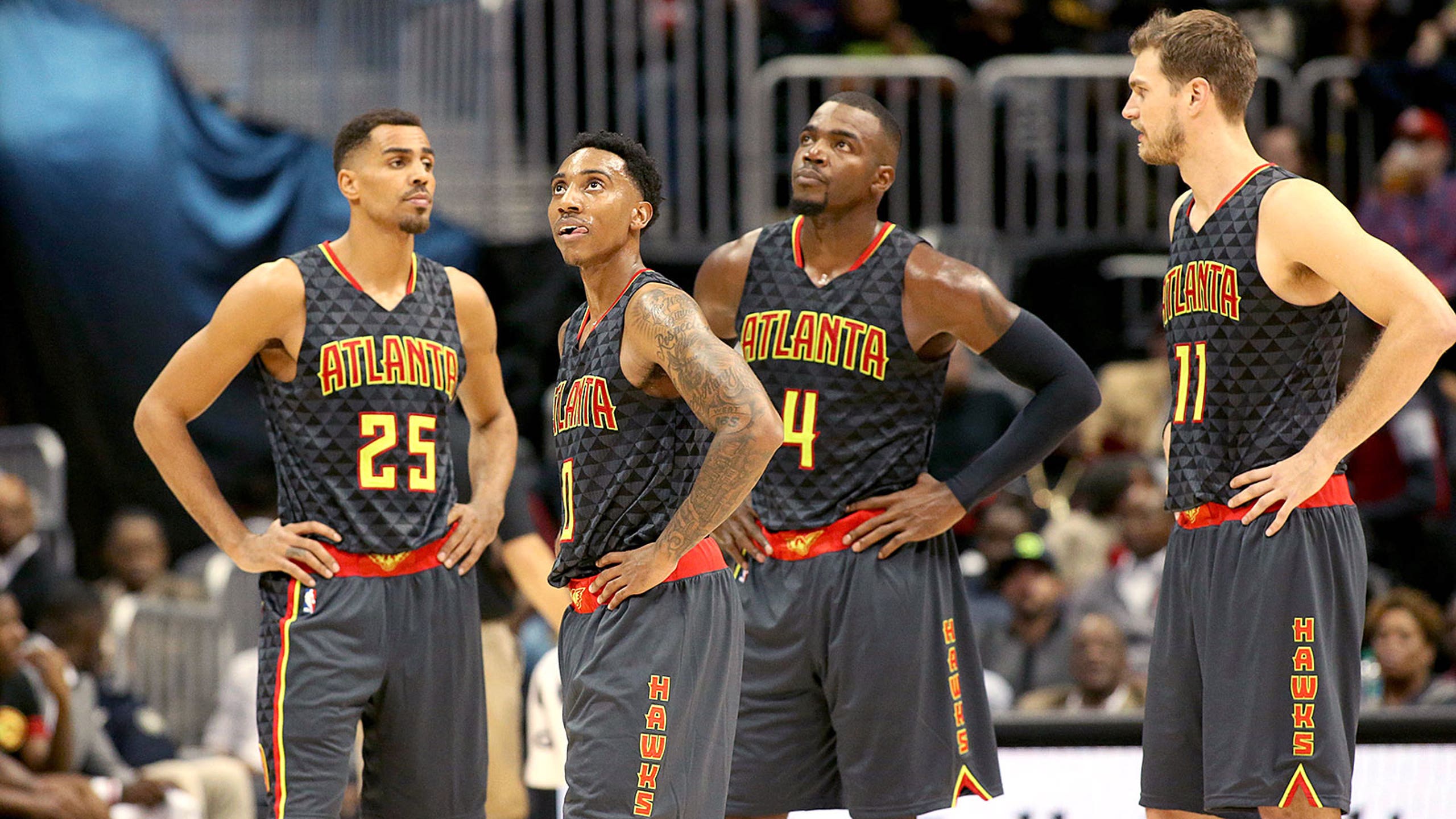 To prove 2014-15 was no fluke, the Hawks are stealing from the Spurs 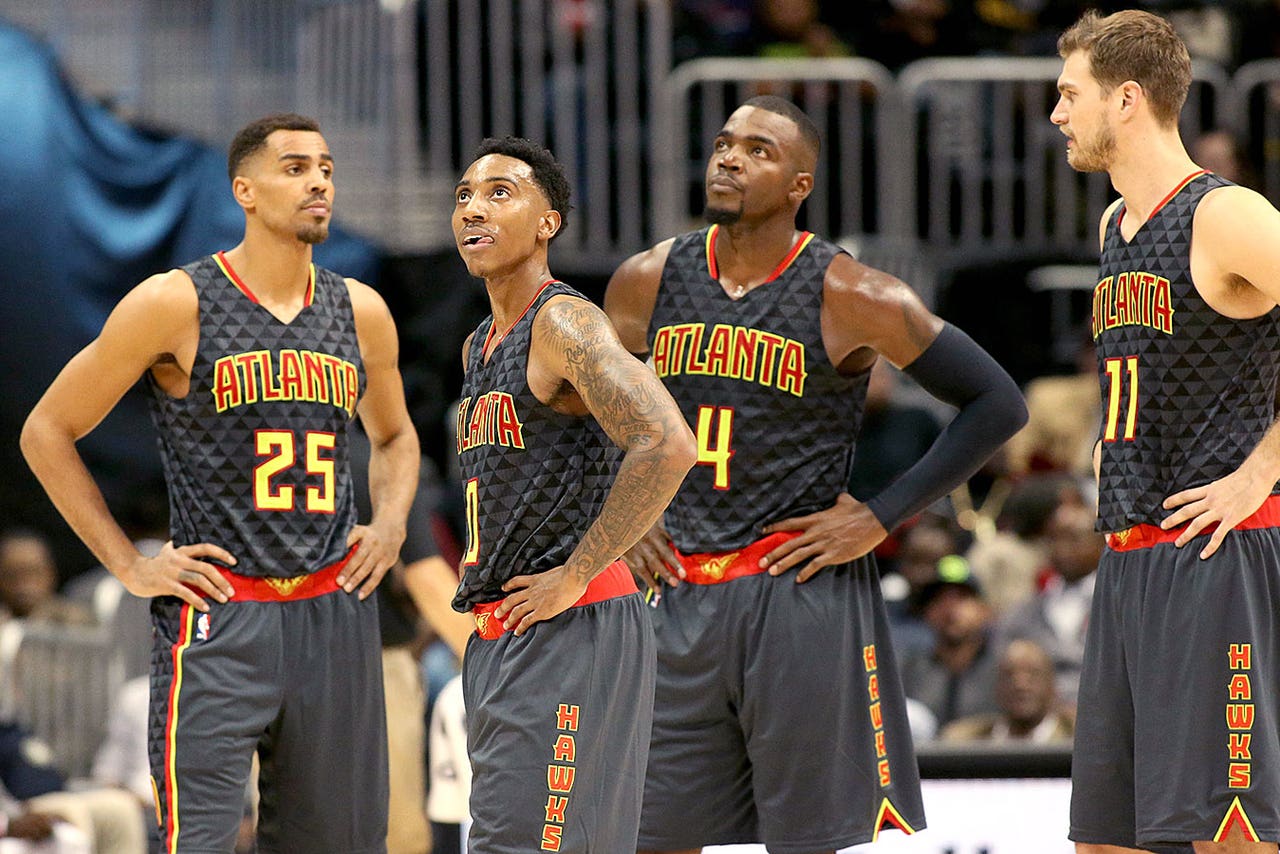 NEW YORK -- When the Atlanta Hawks lost DeMarre Carroll this summer, the immediate reaction was resoundingly negative. The team that just won more games than any other in the Eastern Conference now had to find a replacement for its best defender on the wing. For those inclined to believe Atlanta's success in 2014-15 was a fluke, the loss of Carroll was the coup de grace for the Hawks.

Yet, the Hawks are anything but conventional. So to replace Carroll, the team isn't joining the NBA's trend toward small-ball. Instead, Atlanta is going about fixing its D -- and maintaining its offensive efficiency -- in a roundabout way: It’s recovering from the loss of Carroll with its bigs.

Carroll’s development was an obvious reason Atlanta jumped into the top 10 in points allowed per possession last season. He’d check the opposition’s ace wing, sure, but his impact was much larger than that. His team defense helped stabilize a first unit in Atlanta that communicated and rotated about as well as any other unit in the NBA.

But now that Carroll has turned in his Georgia peaches for maple syrup in Toronto, the Hawks are having to adjust their defensive strategies. The loss of a single player has forced modifications to the unit as a whole.

Schematically, most of what Atlanta has been doing is similar to what we saw a season ago. “It’s the same stuff we ran last year,” Kent Bazemore said recently with the Hawks in New York to take on the Knicks. But with different personnel comes new types of lineups. The Hawks are using a hodgepodge of wings, including Kyle Korver, Bazemore, the recovering Thabo Sefolosha and the rookie, Lamar Patterson. And Atlanta expects defense out of that wing rotation, as evidenced by the fact that Tim Hardaway Jr. has yet to make his debut for the Hawks.

But as Atlanta cycles through its perimeter options, the Hawks are making sure their wings have help. Adjustments to the guard and forward rotations join ones to the big-man spots.

The Hawks are experimenting and getting creative. That’s what they do best. Coach Mike Budenholzer has even been playing Paul Millsap at the 3 more frequently than in years past, a viable strategy partly because of the power forward’s quick feet and soft hands. Al Horford, too, can space the floor in a way that few other centers can match.

Millsap, even when he's been playing the 4, has been hanging around the perimeter comfortably, shooting more threes on one end, and exacting his versatility on the other. Opposing offenses are befuddled by his presence, as there's no guarantee he'll be guarding the player you're expecting -- or attacking from the angle you hoped. Horford has been doing the same thing: Throwing up more than four triples a game while still anchoring the defense in schemes identical to the ones the Hawks used a season ago.

But there was one major addition this summer who didn’t get enough attention, maybe because he isn’t directly Carroll’s replacement: Tiago Splitter.

The Splitter trade was one of the best of the offseason. It's not just what the former Spur can add to this team, but also how little Atlanta gave up to get him. All the Hawks had to part with was a future second-round pick and the rights to Giorgos Printezis, a 30-year-old Greek player whose rights have been traded eight times since he was selected in the second round of the 2007 draft. It almost seemed like Gregg Popovich, whose Spurs needed to unload money to sign LaMarcus Aldridge, was doing a solid for his former longtime assistant, Budenholzer.

“I think he’s really going to help us because I think Al [Horford] and Paul and our bigs, they have a lot of versatility. So, it’s just going to add to that,” Budenholzer said. “We can put Tiago on different guys. He can play out on the perimeter. He can play inside.”

No, he’s not a wing, but Splitter can and will make a major impact on defense in his own ways. The uniform is different from when he was in San Antonio, but the concepts are uniform.

Budenholzer was a Popovich assistant for almost two decades, and his teams reflect that. The Hawks defend the pick-and-roll similarly to the way the Spurs do. They close out on shooters in a comparable fashion, too. There are other traces of Spurs mania if you watch Atlanta enough.

“[The Hawks’ schemes] are a little bit different [than San Antonio’s],” Splitter clarified. “We have a couple tweaks that are different than San Antonio, but in general, it’s the same approach to the game.”

So, what does all this do for Atlanta? It gives the Hawks another big man, like a taller Millsap, who can switch and defend on the wings. It's one thing to have a single big man who has the utility that Millsap does. Splitter, on the other hand, is a more conventional pick-and-roll big man on offense, but he can match Millsap's defensive ability.

The Spurs used to send Splitter flying all the way out to the perimeter against pick-and-rolls regularly. The Hawks have him doing the same thing, extending beyond the 3-point arc regularly when encountering ball screens. His ability to trap in the corners and stay aggressive as he strays from the paint can help control pace of the possession. Plus, the help defenders around him have proved they are more than capable of holding the fort while Splitter scurries around the hardwood.

Much like the Spurs, then, the Hawks are looking at the league's tendency toward small-ball and heading in a different direction. Atlanta is bottling all the versatility and upside of lineups that feature shooters at multiple positions, but without having to give up size and rebounding. If it works, the Hawks will have found the best of both worlds.

So much of Atlanta’s success on both sides of the ball has to do with familiarity. Not just with each other, but also with the system. Splitter, in that sense, is further along than your average acquisition. He can’t replace what Carroll brought on the wing, but he can add a new element to a defense looking to remain in the league's top 10, if not improve. It'd be foolish to look for a one-to-one replacement for a player as special as Carroll. Instead, the Hawks are doing the smart thing and changing the way they execute their same old approach.