The Toronto Raptors pushed the Cleveland Cavaliers to six games in the Eastern Conference Finals last year but came into this season objectively worse. Bismack Biyombo was lost in free agency, and while the backcourt duo of Kyle Lowry and DeMar DeRozan remained as strong as ever, an 0-3 record against the defending champs this season showed the front office that moves needed to be made if Toronto was going to be able to contend this year.

Serge Ibaka was acquired in a trade with the Magic last week, and the Raptors made another move ahead of Thursday's deadline to shore up the defense, acquiring P.J. Tucker for two second-round picks and Jared Sullinger.

The picks are second-rounders in 2017 and 2018, and both Tucker and Sullinger will become unrestricted free agents this summer. Phoenix got a couple of picks in exchange for a veteran role player who may have been the heart and soul of the Suns but had no real place on a team with a ton of young players who need minutes to develop and one that's sitting dead last in the standings at the bottom of the Western Conference.

On Toronto's side, this is all about looking ahead to a potential playoff matchup against the Cavaliers and LeBron James. Tucker, 31, is a physical defender who tends to give his opponents fits. In consecutive home games back in December, Tucker held Anthony Davis to a 4-of-17 shooting performance, and followed that up by limiting Carmelo Anthony to a 3-of-15 outing in an overtime win over the Knicks.

The Cavaliers remain the favorites to come out of the East. But when looking at the moves the Raptors made (along with the inaction in Boston), it's clear that Toronto will head into the postseason believing it has a shot. 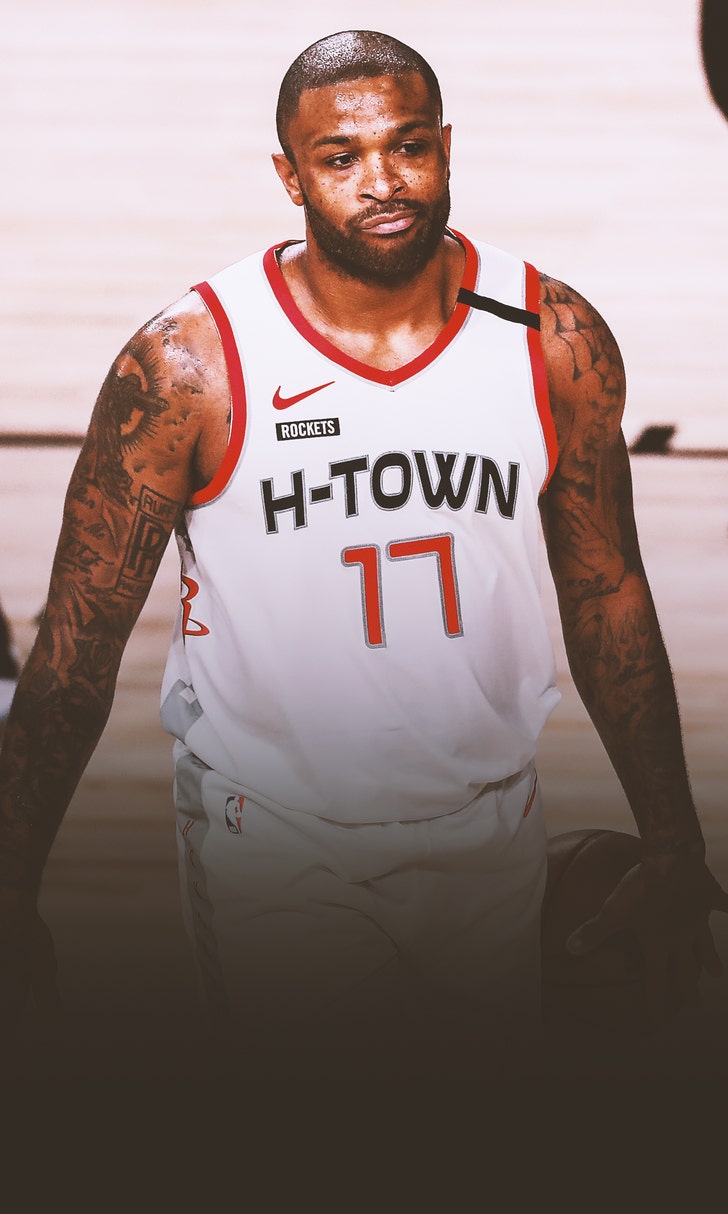 H-Town Anchor
What should have been an interior mismatch didn't manifest itself in Rockets-Lakers Game 1, thanks to one undersized center.
September 5
those were the latest stories
Want to see more?
View All Stories
Fox Sports™ and © 2020 Fox Media LLC and Fox Sports Interactive Media, LLC. All rights reserved. Use of this website (including any and all parts and components) constitutes your acceptance of these Terms of Use and Updated Privacy Policy. Advertising Choices. Do Not Sell my Personal Info