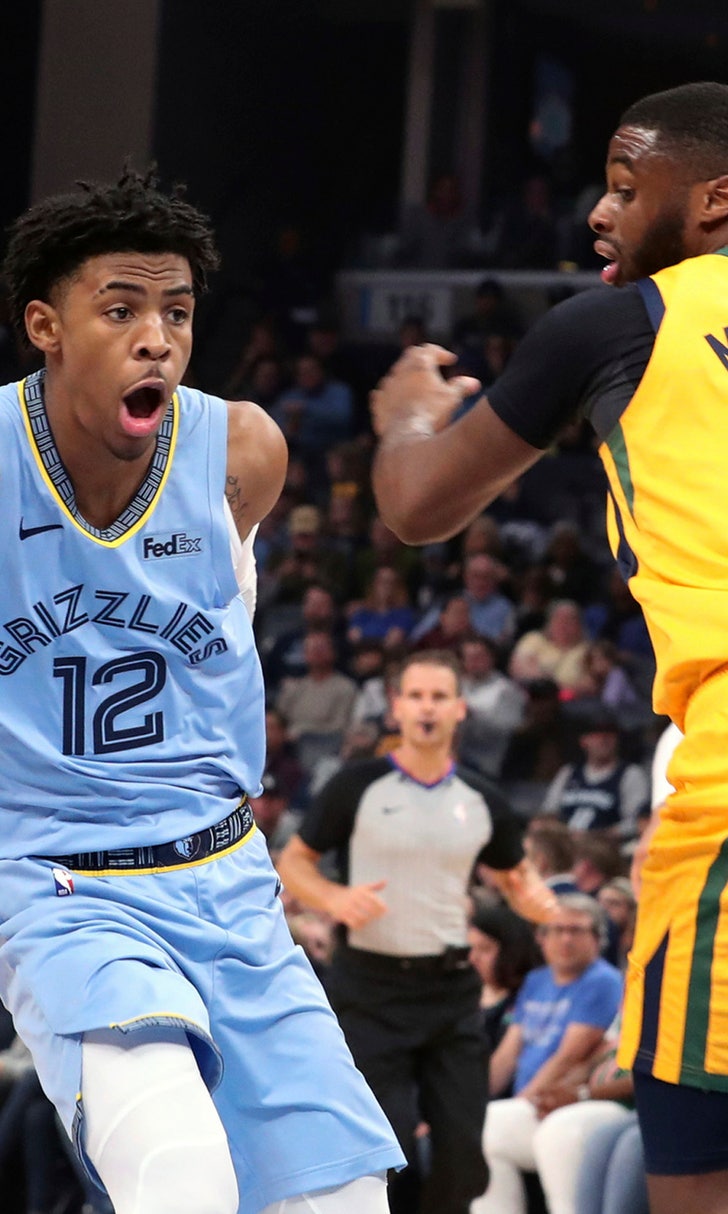 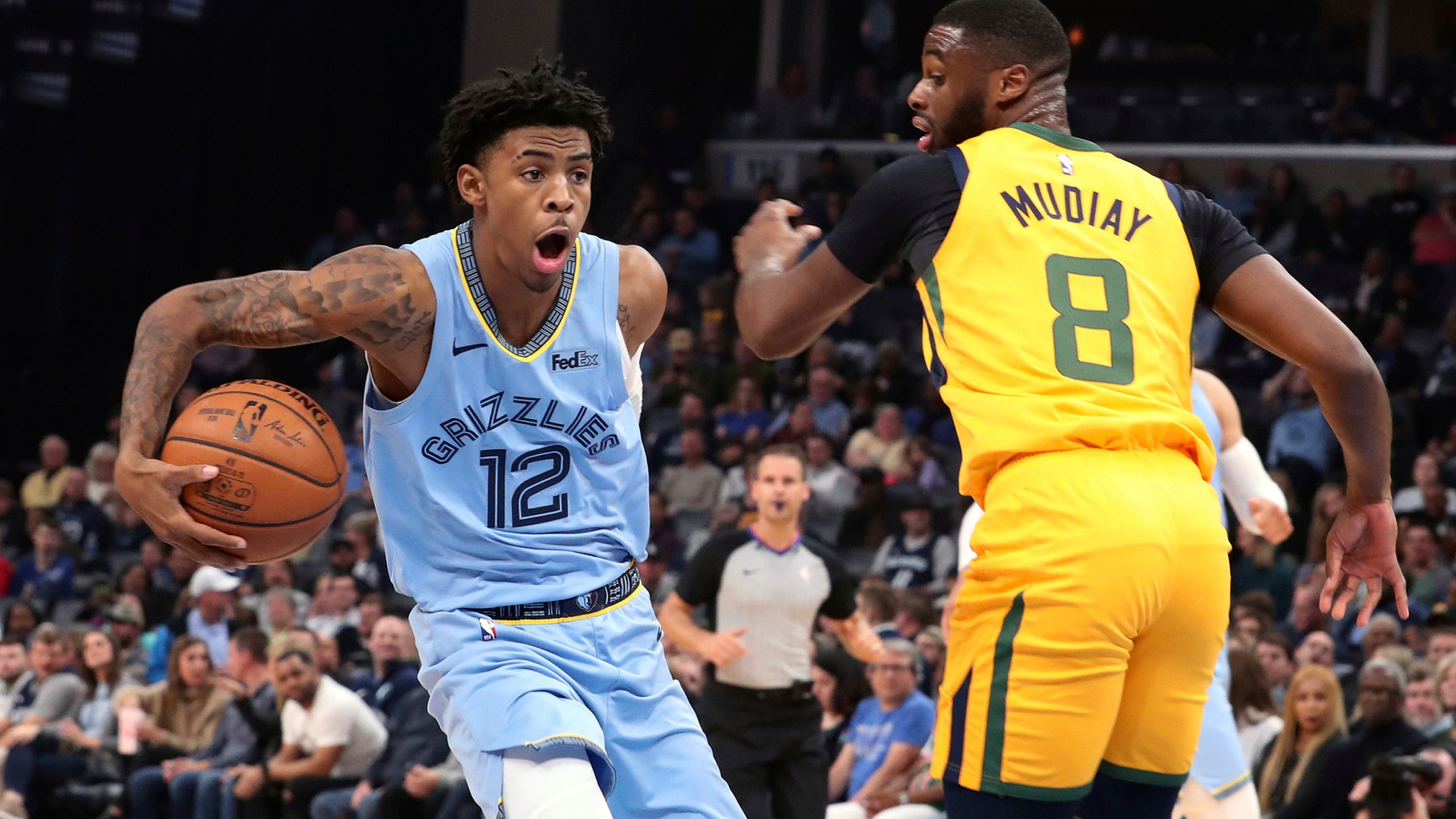 MEMPHIS, Tenn. (AP) — Memphis celebrated former point guard Mike Conley’s returned to town. It was his rookie replacement with the Grizzlies who stole the show.

Morant added eight assists along with several highlight-worthy plays. While the rookie from Murray State is still learning control of his speed and flashiness, it already appears Memphis has found a suitable replacement to Conley for the long term.

“He’s incredible,” Jaren Jackson Jr. said of Morant. “His change of speeds, change of direction is just different. It’s something you don’t find too often. It’s kind of a once-in-a-lifetime talent.”

Morant's inside basket gave Memphis a 107-105 lead. Utah’s Rudy Gobert split a pair of free throws with 53 seconds left and both teams missed shots down the stretch.

Utah had one last chance when the ball was inbounded to Donovan Mitchell with two seconds left. But as Mitchell turned, Solomon Hill stripped the ball away, giving Memphis its third straight win.

“I got fouled. Really not much else to it,” Mitchell said. “They defended it well, but hit my whole arm. This is the third time it’s happened at the end of the game and haven’t gotten a foul call, which at this point is ridiculous.”

The game marked the return of Conley, the long-time Memphis guard who spent his entire career with the Grizzlies until a trade to Utah over the summer. While there was plenty of admiration from his former fan base, Conley struggled, scoring 15 points on 5-for-19 shooting.

Mitchell led the Jazz with 29 points and nine rebounds. Gobert had 23 points and 17 rebounds, while Bojan Bogdanovic added 20 points.

But despite a tight game, particularly down the stretch, it was hard to avoid not recognizing the Grizzlies point guard past facing the franchise point guard of the future.

“They show that support for me already,” Morant said when asked about the crowd’s love of Conley. “Obviously, it’s different with him. He’s a legend here, but I appreciate Mike.”

Jazz: G Dante Exum was part of the active roster for the game, but did not play. Exum has not played since Jan. 5, rehabbing a partially torn patellar tendon. ... Gobert had his seventh double-double of the season. He also had a season-best five blocks. ... Mitchell has reached at least 20 points in 10 of Utah’s first 12 games.

Grizzlies: The three games in the Grizzlies winning streak have come by four, two and one point. ... Jae Crowder had 11 points and 10 rebounds. ... All of Kyle Anderson’s 13 points came in the first half. ... Rookie F Brandon Clarke had 10 points, making five of his seven shots. He has reached double-figure scoring in nine of his first 11 games. ... Memphis is 5-1 when making at least 10 3-pointers.

As expected, Conley was given a hero’s welcome upon returning to the city where he started his career and played 12 seasons, leaving as the franchise leader in points, 3-pointers made, assists, steals and games played. The night included a first-quarter tribute video to the player known in Memphis as “The Conductor.” “I didn’t know what to do ... I had to watch it.” Conley said. “It was tough. My teammates were waiting for me to cry. It was a weird situation.” Donovan Mitchell, when asked about the video, said: “I almost cried for him. That was pretty special.”

In the second quarter, Grizzlies forward Jae Crowder threw a lob toward the basket that appeared headed to Jaren Jackson Jr. But as Jackson went up, Morant came streaking along the baseline from the left and stole the dunk. “It wasn’t on purpose,” Morant said. “I was just running and pointing for the lob and Jae threw it. I was just going to dunk the lob and Jaren jumped too.

“I mean, somebody had to finish that play, and we couldn’t let it be a turnover or something.” 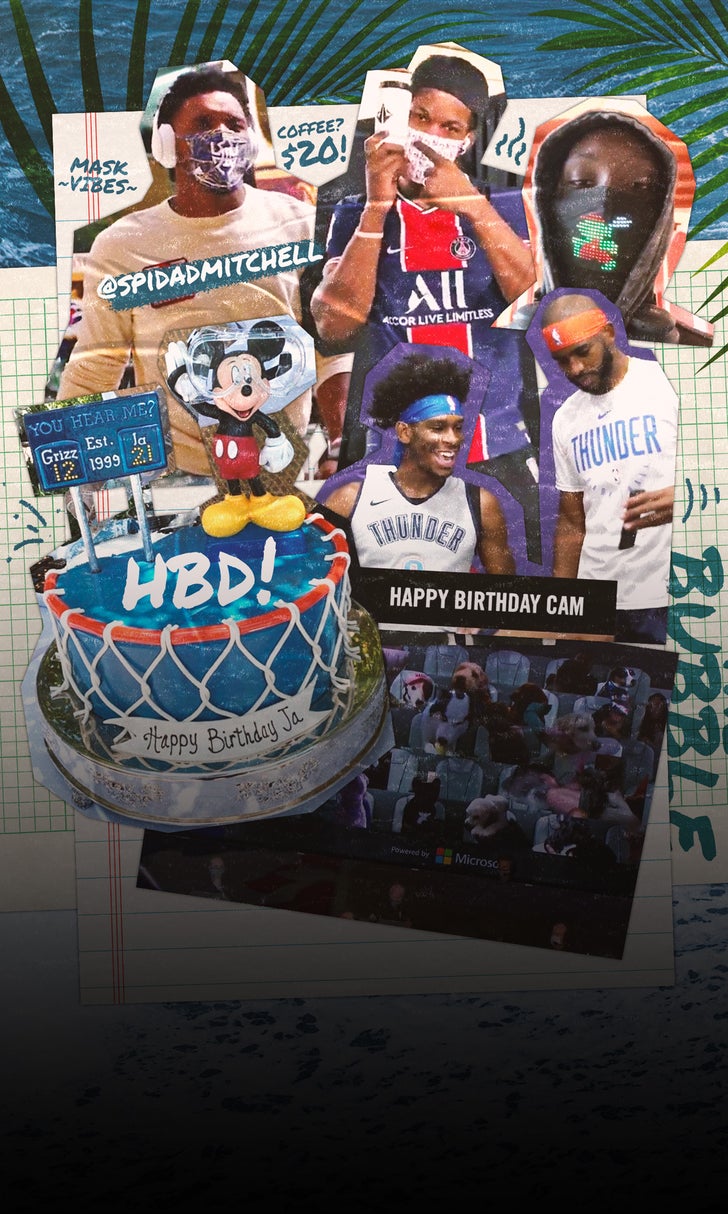 The Bubble Report
Charlotte Wilder has fully embraced the bubble world. One week into the NBA playoffs, here is the latest 'Bubble Report.'
August 21, 2020 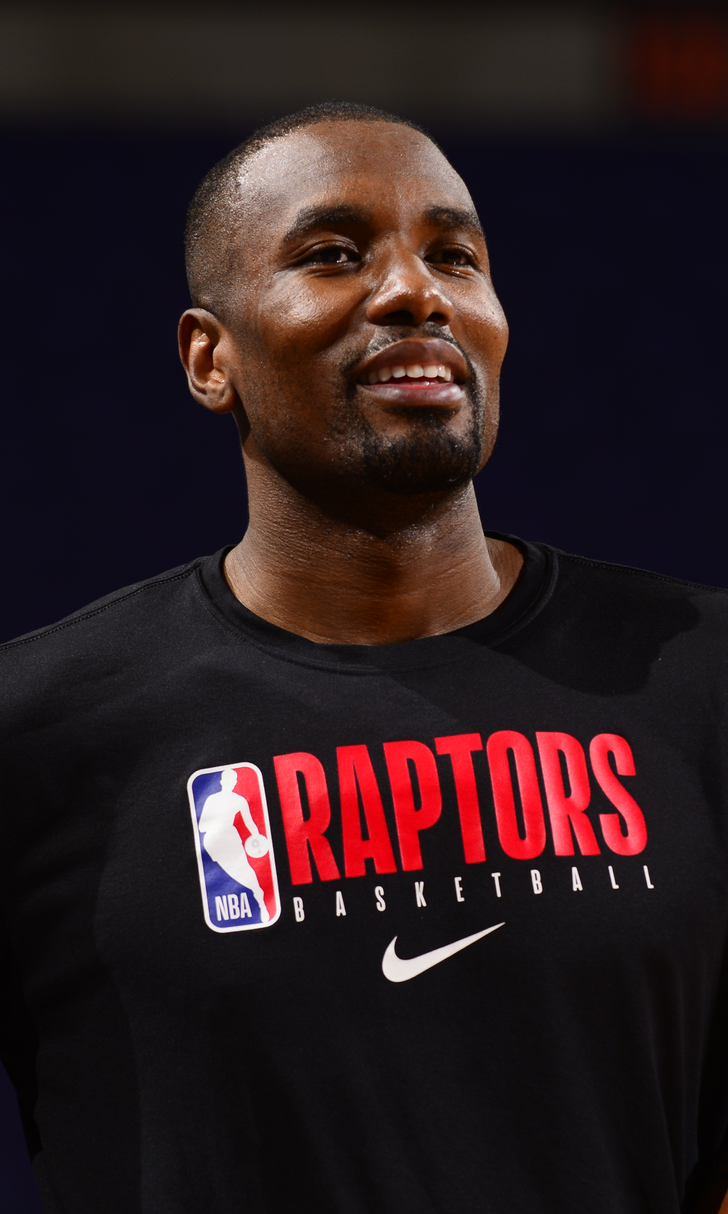