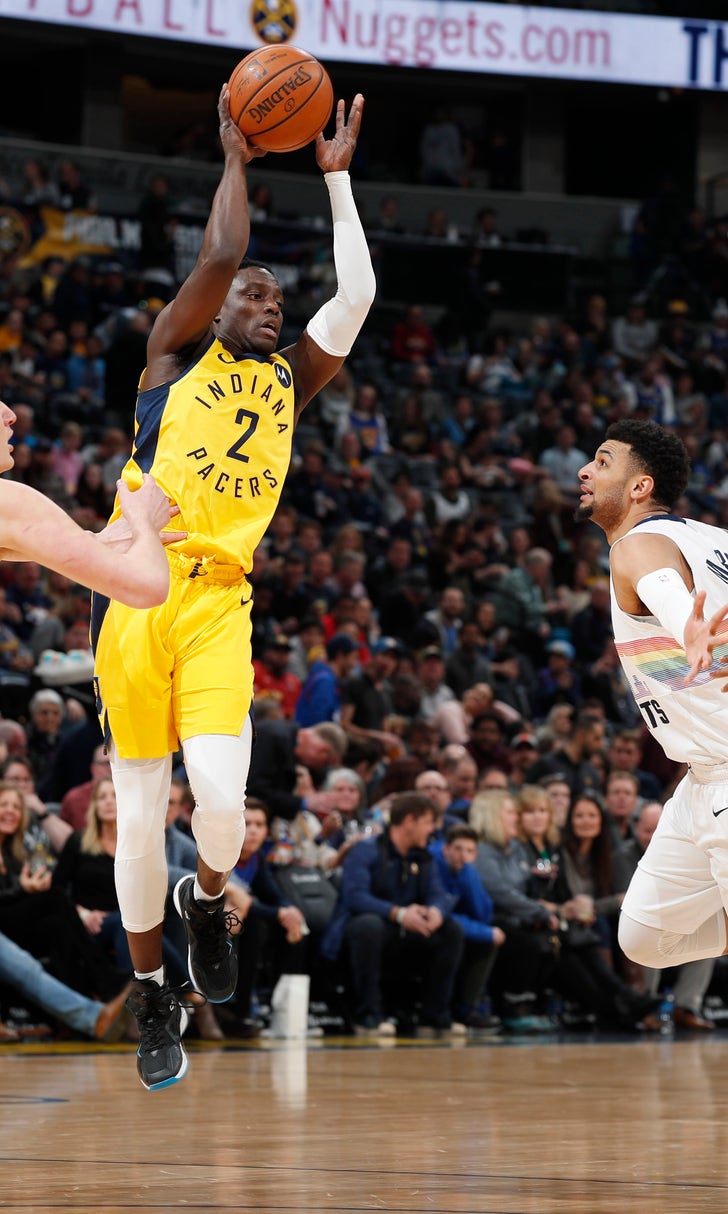 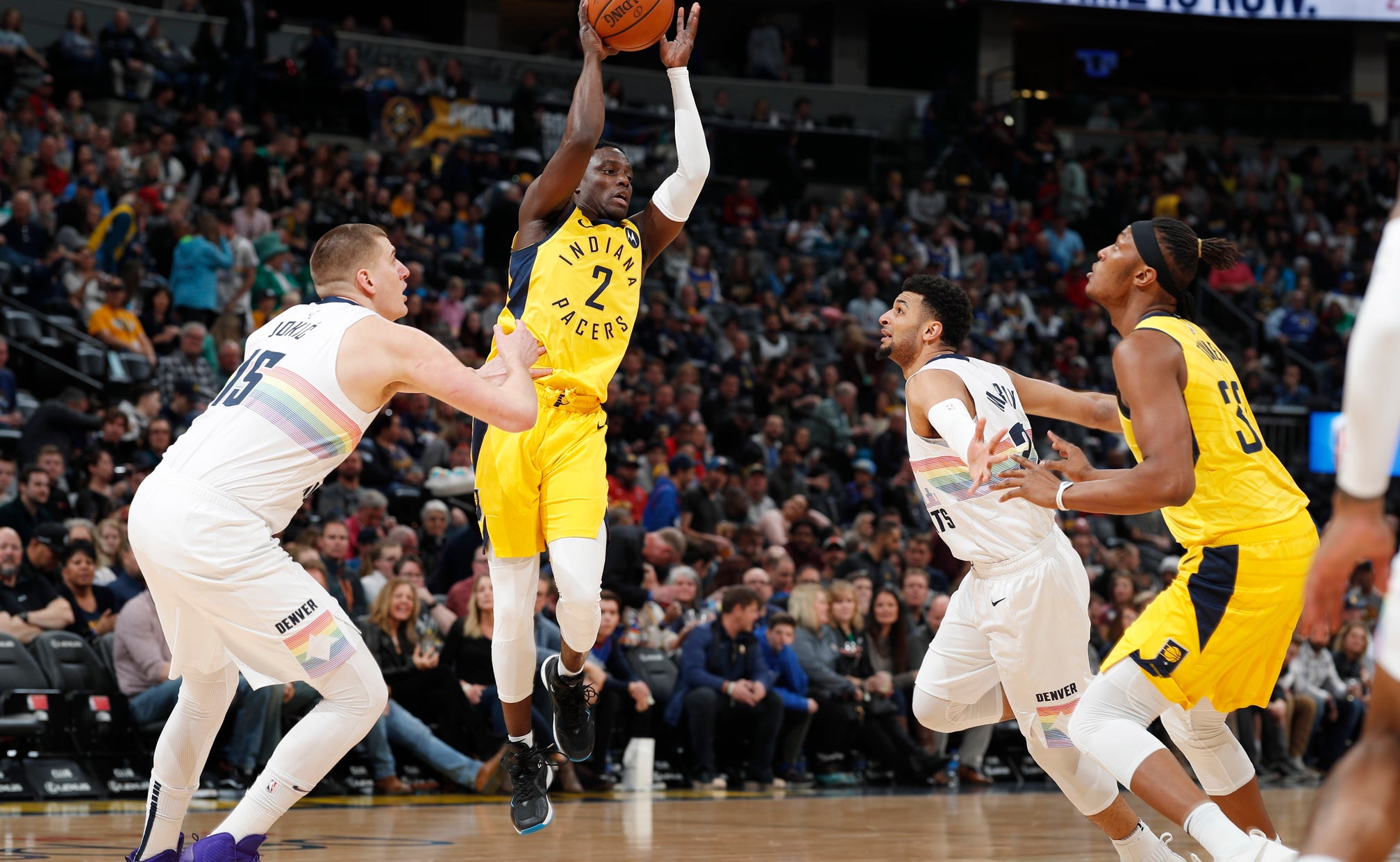 DENVER (AP) — Nikola Jokic has made a habit of bailing the Denver Nuggets out of bad situations.

His teammates returned the favor.

Paul Millsap hit a left-handed layup with 7 seconds remaining after Jokic was ejected late in the fourth quarter for arguing and the Nuggets moved to the verge of their first playoff spot since 2012-13 with a 102-100 victory over the Indiana Pacers on Saturday night.

The magic number for the Nuggets dropped to one as they remained in the No. 2 spot behind Golden State. Denver ran its home record to a Western Conference-leading 30-6.

The Nuggets were up 96-89 with 2:56 remaining when Jokic was called for a foul while jostling with Myles Turner. Jokic was incensed at the call and kept barking at official Tony Brothers, who tossed Jokic. Indiana later tied the game at 100, before Millsap hit the winner over Turner. Bojan Bogdanovic's 3-pointer bounced off the rim in the final seconds.

"We won," said Jokic, who had a team-high 26 points. "That's the most important thing."

Jokic watched Millsap take over on the big screen in the locker room. Millsap finished with 15 points — nine in the fourth quarter — and 13 rebounds for Denver, which overcame an 18-point, first-half deficit.

"When Nikola got ejected, I went to Paul time and time again," Nuggets coach Michael Malone said. "That's what you want from your guy who's been there and done that. That was a playoff-type game. Paul came through in a big way down the stretch."

Thaddeus Young led Indiana with 18 points and 10 boards. The magic number for earning their fourth straight playoff spot stays at one for a Pacers team that hasn't won in Denver since Nov. 27, 2007.

This didn't help the Pacers' cause: They were 0 for 11 from 3-point range in the second half.

"We were getting good looks," Darren Collison said. "In the playoffs when these things don't go your way you've still got to find a way to win the game. We still had a chance to win the game."

Both teams entered the game coming off last-second wins. Wesley Matthews hit a follow shot with 1.8 seconds left in a victory over Oklahoma City on Thursday. Jokic hit a one-handed shot at the buzzer to get by Dallas that same night.

This one went down to the wire as well with Jokic's outburst opening the door. Bogdanovic hit the technical free throws and Turner two more for the foul by Jokic.

Turner knotted the game at 100 with 27 seconds remaining by hitting one of two free throws. That set the scene for Millsap, who drove in on Turner and just lofted it up. The Nuggets improve to 12-3 this season in games decided by three points or less.

"It shows the type of character we have," Millsap said. "Those situations can make or break a team and we've been able to thrive off of it."

Pacers: G Tyreke Evans returned after missing three games due to personal reasons and a respiratory infection. He had five points.

Nuggets: The teams held a moment of silence for the victims of the mosque shootings in New Zealand. ... Will Barton and Jamal Murray each had 17 points.

The Nuggets have missed the playoffs in each of the last two seasons by a spot. This season, they've left nothing to chance.

"We've seen what we're capable of and we're going to hold ourselves to the highest standard possible," Malone said.

With Victor Oladipo's season-ending knee injury, the Paces are using Bogdanovic in even more creative ways.

"We are putting the ball in his hands and running more pick-and-roll," coach Nate McMillan explained.

Asked if he deserved to be ejected, Jokic simply responded, "Yes."

Asked if he's working on keeping his emotions in check, Jokic elaborated a little more.

"It's extremely hard because it's not equal for everybody," Jokic said.

Trailing by as many as 18 points in the second quarter, the Nuggets closed out the half on a 15-2 run. Barton hit a 3-pointer with 1.4 seconds remaining to trim the deficit to 60-57 at the break.