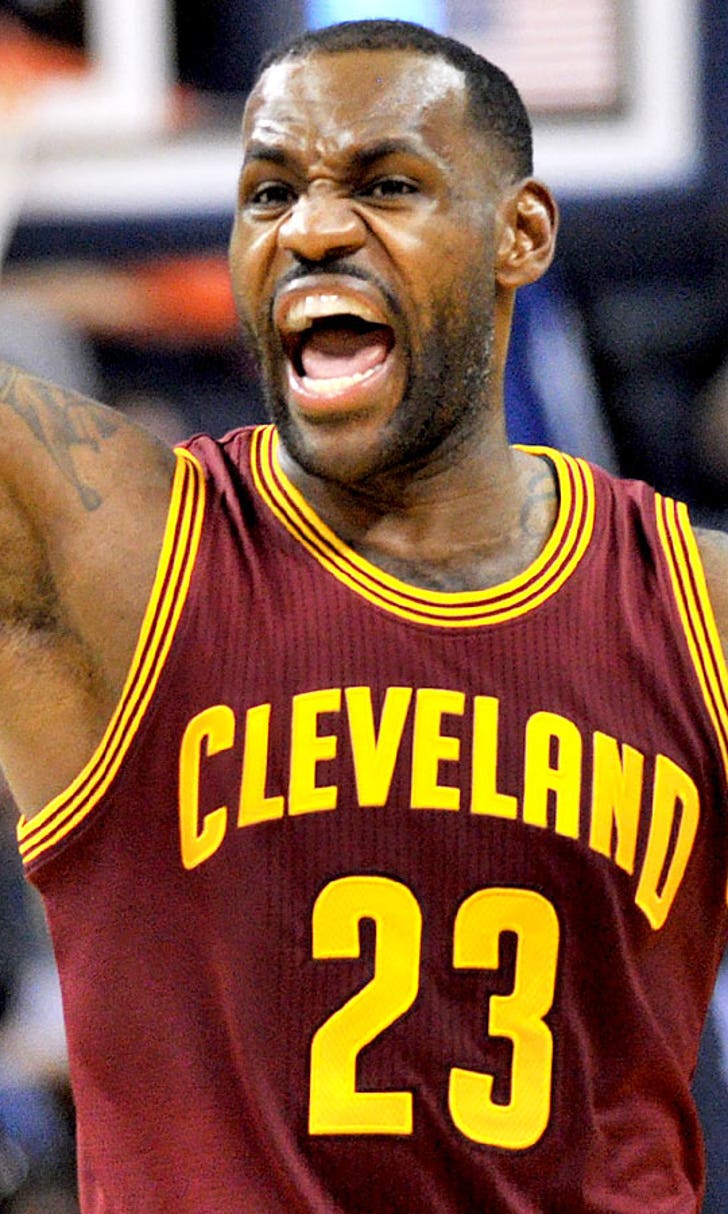 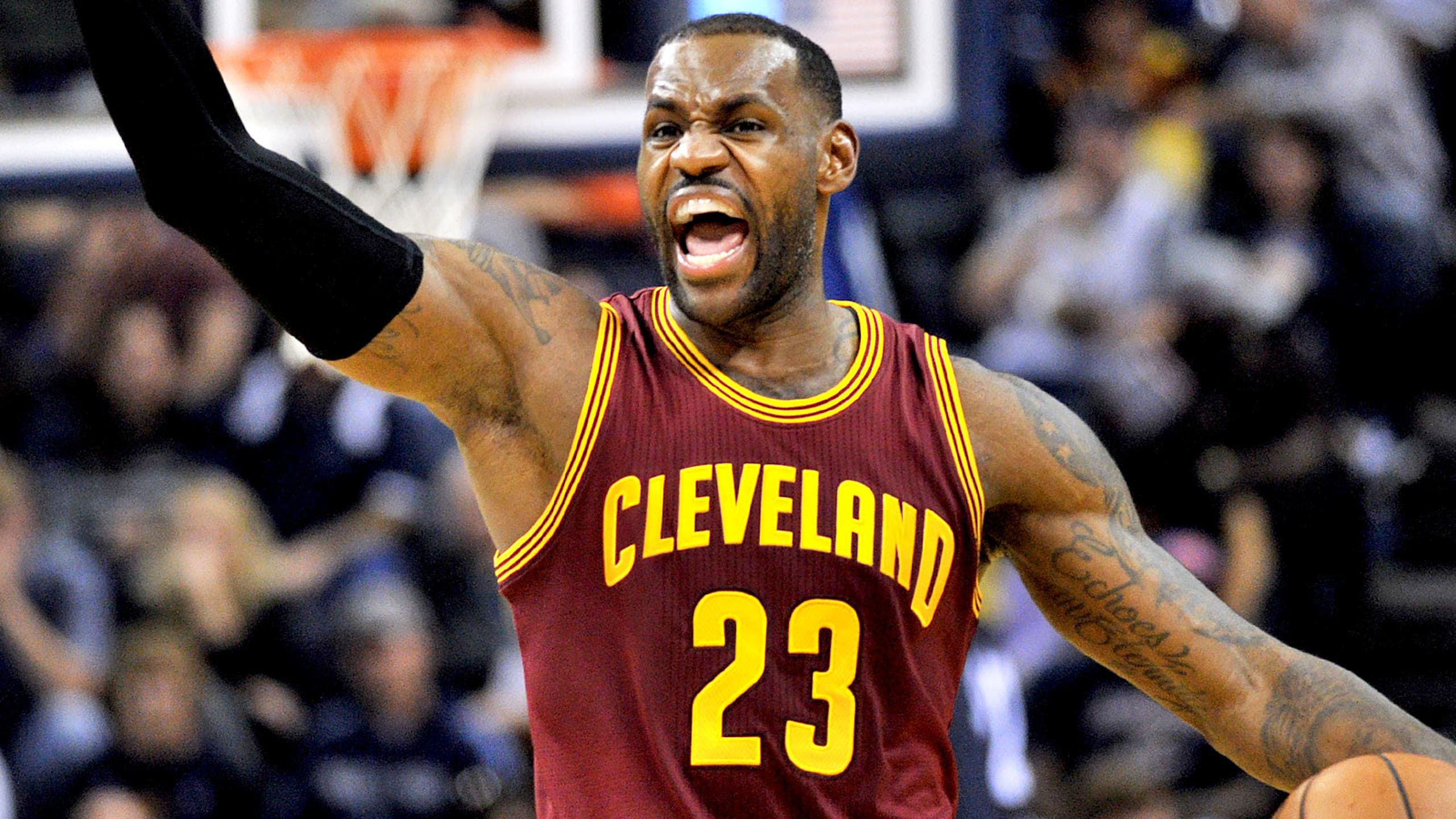 LeBron not looking like himself, but Cavs get 1st win in rout on road 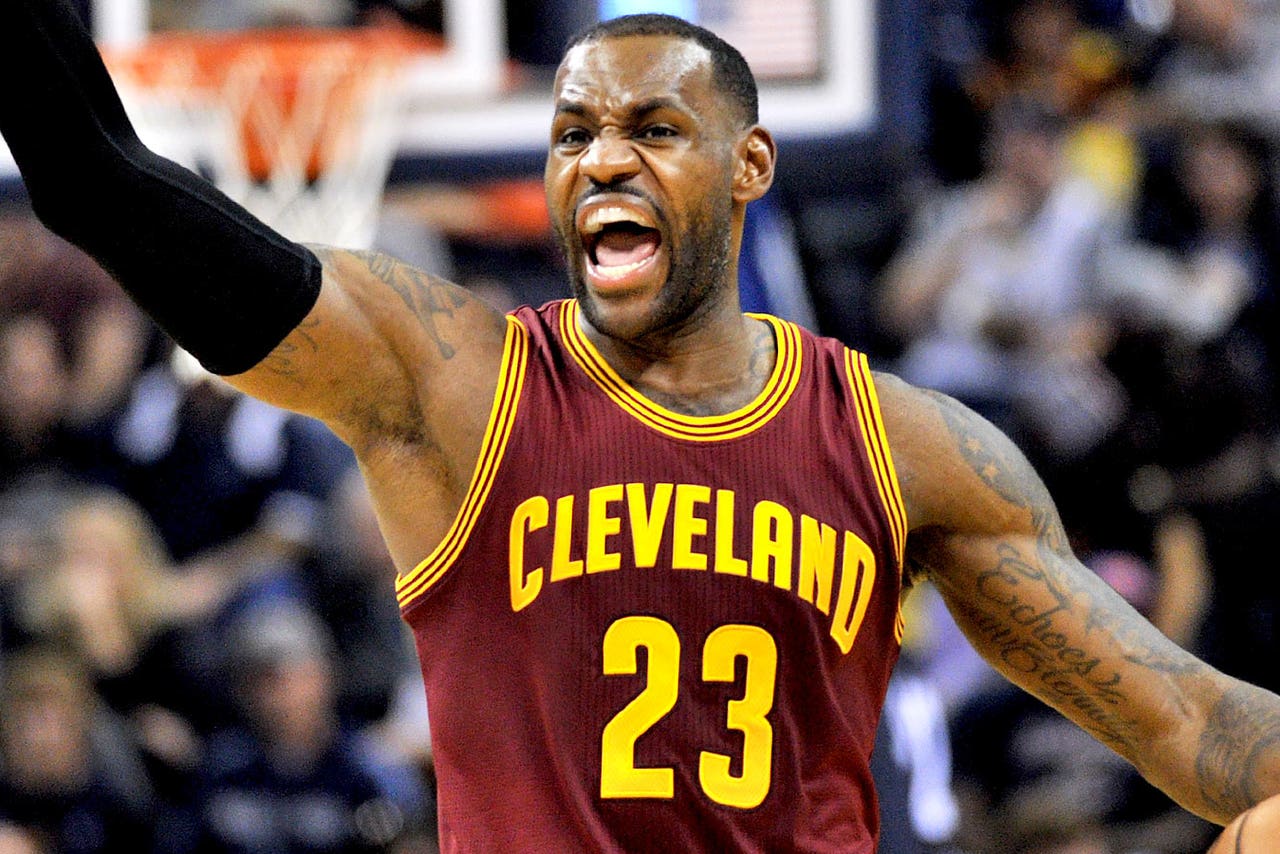 MEMPHIS, Tenn. — The Cleveland Cavaliers looked like the defending Eastern Conference champs. The Memphis Grizzlies looked like a royal mess.

Kevin Love had 17 points and 13 rebounds, Richard Jefferson had 14 points and Cleveland built a big early advantage and wrecked the Grizzlies' season opener with a 106-76 victory Wednesday night.

Cleveland capitalized on Memphis' shooting woes, building a double-digit lead in the first quarter and extending the margin to 32 in the fourth. The Cavaliers lost their season opener to the Bulls 97-95 on Tuesday night.

''Tough game for the home team,'' Memphis coach Dave Joerger said. ''. We did not have any timing whatsoever. We made a lot of uncharacteristic errors.''

LeBron James, Jared Cunningham and Matthew Dellavedova had 12 points each, with James 4 of 13 from the field. Jefferson was 5 of 6, making all three 3-point tries, part of Cleveland shooting 45 percent from beyond the arc.

Zach Randolph and Marc Gasol led the Grizzlies with 12 points apiece. Gasol and Tony Allen (six points) were the only Memphis players to make at least half their shots, and the Grizzlies shot 35 percent.

''That's who we need to be,'' James said of the defense. ''That's who we are. In order for us to be who we want to be, we have to continue to defend at a high level.''

Memphis erased some of Cleveland's first-half advantage, but the deficit was too deep to overcome after halftime, particularly since the Cavaliers shot so well from 3-point range.

By the midpoint of the fourth quarter, both teams were deep into their reserves.

''We've got a long way to go,'' Jefferson said. ''Everyone does. This is not an indication. Memphis should not be worried. Chicago isn't the leaders. We are not a .500 team.''

Cavaliers: At one point late in the first half, the Cavs were shooting 57.1 percent from 3-point range (8 of 14), better than their overall percentage of 55.3 percent (21 of 38). ... The Cavaliers swept last season's two games against Memphis by an average margin of 18 points. ... The Cavs made 13 3-pointers. They were fourth in the league last year with just over 10 3-pointers a game.

Grizzlies: Like many teams, the Grizzlies held a moment of silence for Minnesota Timberwolves coach Flip Saunders, who died Sunday from cancer. ... While Jeff Green started at SF for Memphis, he played only 7 minutes in the first half and Allen started the second half. ... Memphis beat the Timberwolves in last year's season opener, the only time Memphis has started 1-0 since the franchise moved from Vancouver in 2001.

Memphis made only four of its first 25 shots, contributing to a 21-point Cavs lead early in the second quarter.

LeBRON'S BACK ON BACK-TO-BACK

James played 31 minutes against Memphis after playing 36 minutes in the season opener against Chicago. He missed two weeks during the preseason and received an anti-inflammatory injection while dealing with an achy back. ''I felt pretty good,'' James said.

RED PANDA RETURN: Red Panda, the unicycle-riding, bowl-flipping acrobat, made her return as halftime entertainment after missing the last two years with an injury. Despite the time off, the popular halftime act managed to kick all of the bowls into a stack on top of her head.

Grizzlies: Travel to Indiana on Thursday.

All Love In H-Town
Even after an ugly breakup, James Harden got a warm welcome from the team and fans with whom he spent eight seasons, Melissa Rohlin writes.
6 hours ago

At His Bearded Best
In the midst of the Brooklyn experiment, one of the Nets' "Big 3" is remarkably making a case for the league's highest honor.
1 day ago

NBA MVP Watch: LeBron Leads The Pack
As the NBA season reaches its midway point, is the MVP award LeBron James' to lose? Here's the latest on the contenders.
2 days ago
those were the latest stories
Want to see more?
View All Stories
Fox Sports™ and © 2021 Fox Media LLC and Fox Sports Interactive Media, LLC. All rights reserved. Use of this website (including any and all parts and components) constitutes your acceptance of these Terms of Use and Updated Privacy Policy. Advertising Choices. Do Not Sell my Personal Info