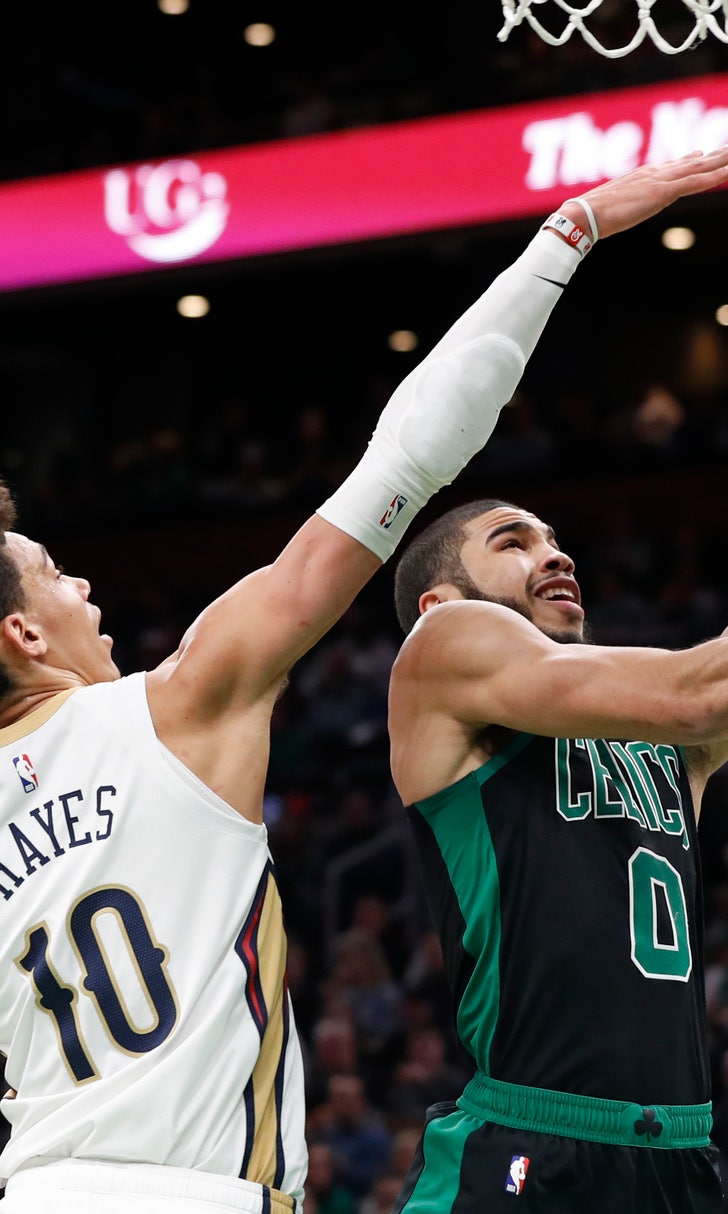 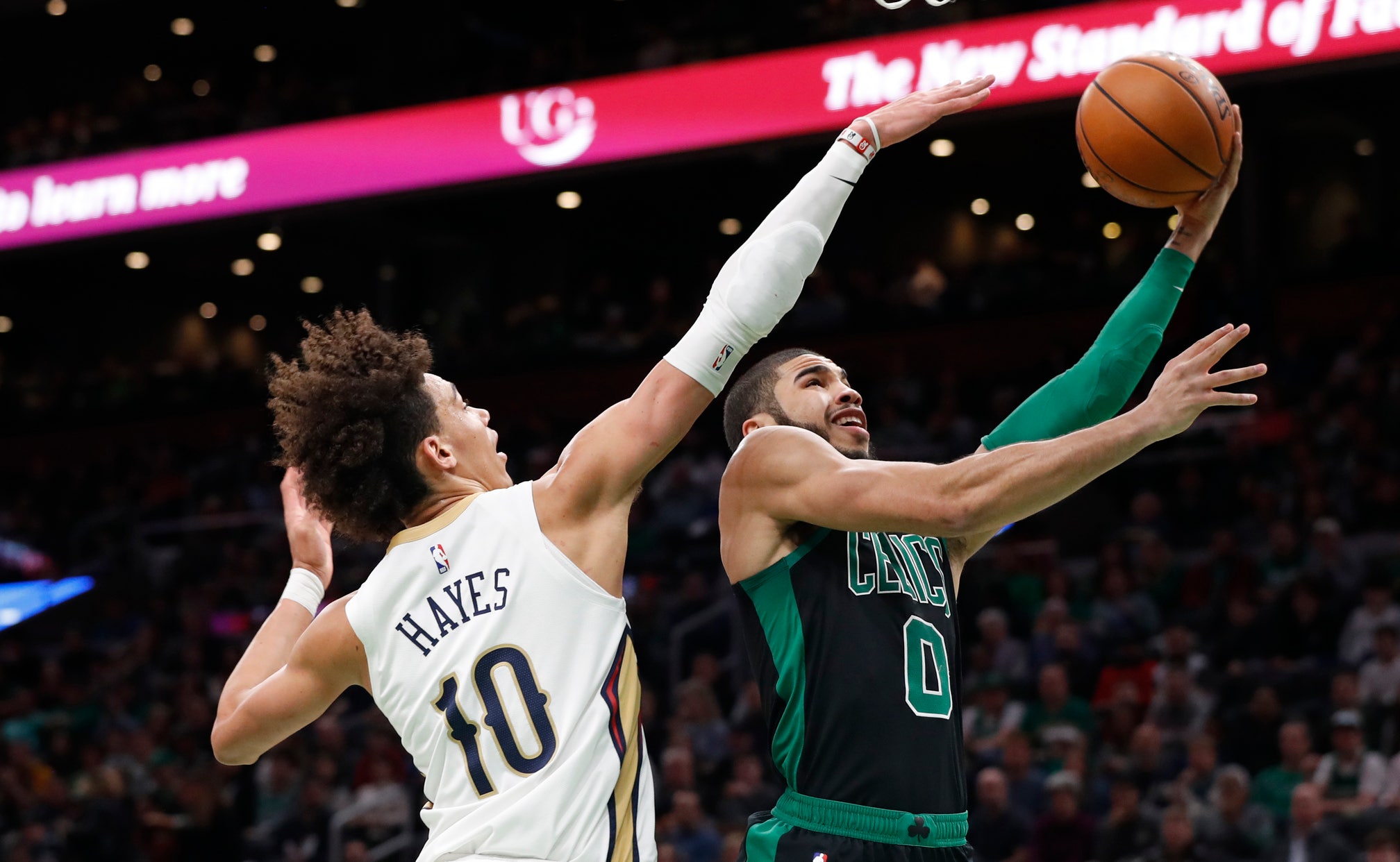 BOSTON (AP) — Celtics coach Brad Stevens said giving his team a day off following its worst losing streak of the season felt like the right thing to do.

The third-year forward made six 3-pointers and scored a career-high 41 points as Boston cruised past the short-handed New Orleans Pelicans, 140-105 on Saturday night.

“Shots were going in. It felt good. I felt like we played with a purpose today on both ends, from the beginning of the game,” Tatum said. “I felt like we did our job. I know we haven't been playing well lately. It felt good to start the game off right.”

Boston shot 14 of 29 from the 3-point line and tied a season high for points.

“We just never got any traction offensively or defensively, really," Pelicans coach Alvin Gentry said. “They took us out of just about everything we tried to do.”

Hayes and E'Twaun Moore started in place of Williams and Favors.

The Celtics exploited the absences early. Tatum was active from a variety of spots on the floor, connecting on eight of his first nine shots. He scored 22 points in the the first half to help the Celtics build as much as a 22-point lead.

Tatum reached 37 points in the third quarter, but badly missed back-to-back 3-point attempts. During a break in the action, Stevens called him over to the bench for a quick conversation.

Tatum said Stevens told him just to relax and that he'd get to 40.

“I think everybody could tell I wanted to get it,” Tatum said. “So ‘just take a deep breath for a second and go back out there.’”

A few trips and a pair of finger roll finishes at the rim put over the magic number.

Tatum said he'll take his night in stride like he's tried to do each of the last three seasons.

“I never get too high or too low when I play well or if I don't," he said. "For me, I feel like I got a long way to go. And the guys I look up to, they have nights like this more often than not. ... I'm just gonna try to do it more often, be consistent and continue to get better."

Celtics: Tatum reached double figures for the 28th consecutive game, extending a career high. It was his fifth career game with at least 30 points. ... Set a new season high for points in a quarter with 41 in the first period. It surpassed the 39 points they scored in the first quarter of their Nov. 9 win over Spurs. The 72 first-half points tied a season high.

Kanter becomes the first Celtics reserve to record 22 or more points and 19 or more rebounds in a single game since Larry Bird (March 16, 1982).

Pelicans rookie forward Zion Williamson was again on the floor for some pregame work, this time participating in some light 3-on-3 with teammates.

Gentry says the No. 1 overall pick continues to make progress.

“The problem we’ve had is that we haven’t had an opportunity to practice,” Gentry said. “He does some development workouts and things like that. ... There will come a time when we stick him out to play but we don’t have an exact date.”

Celtics: Host the Bulls on Monday.