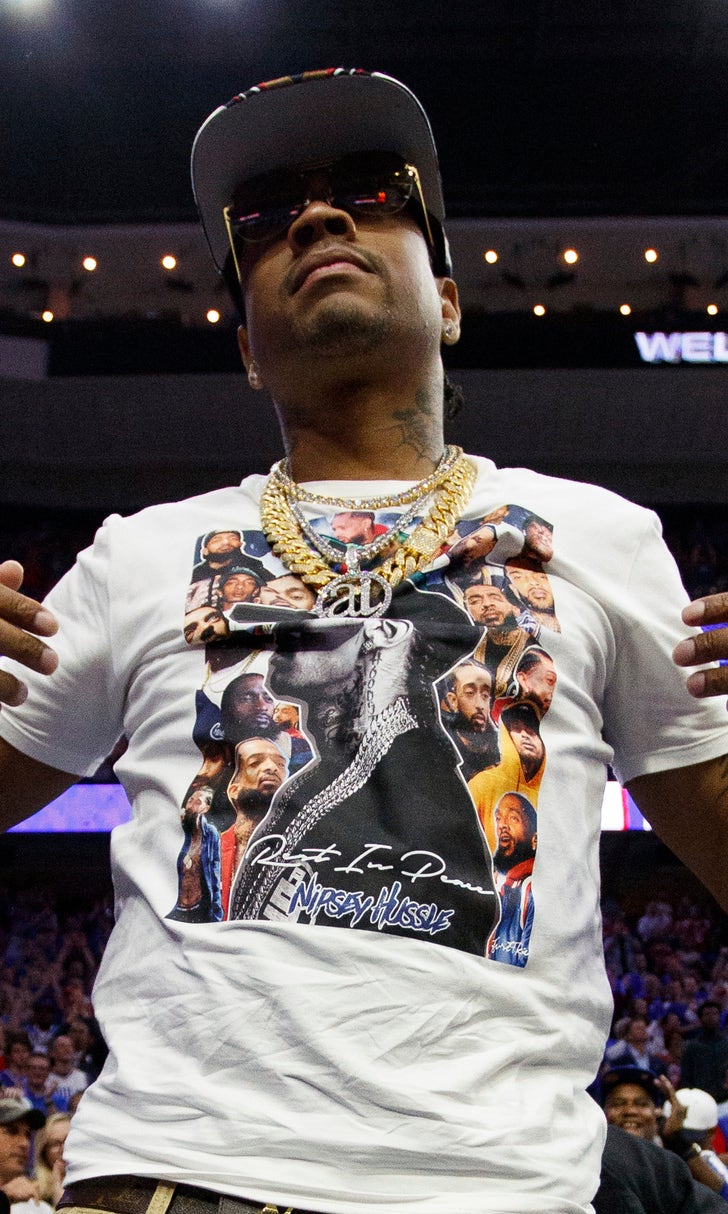 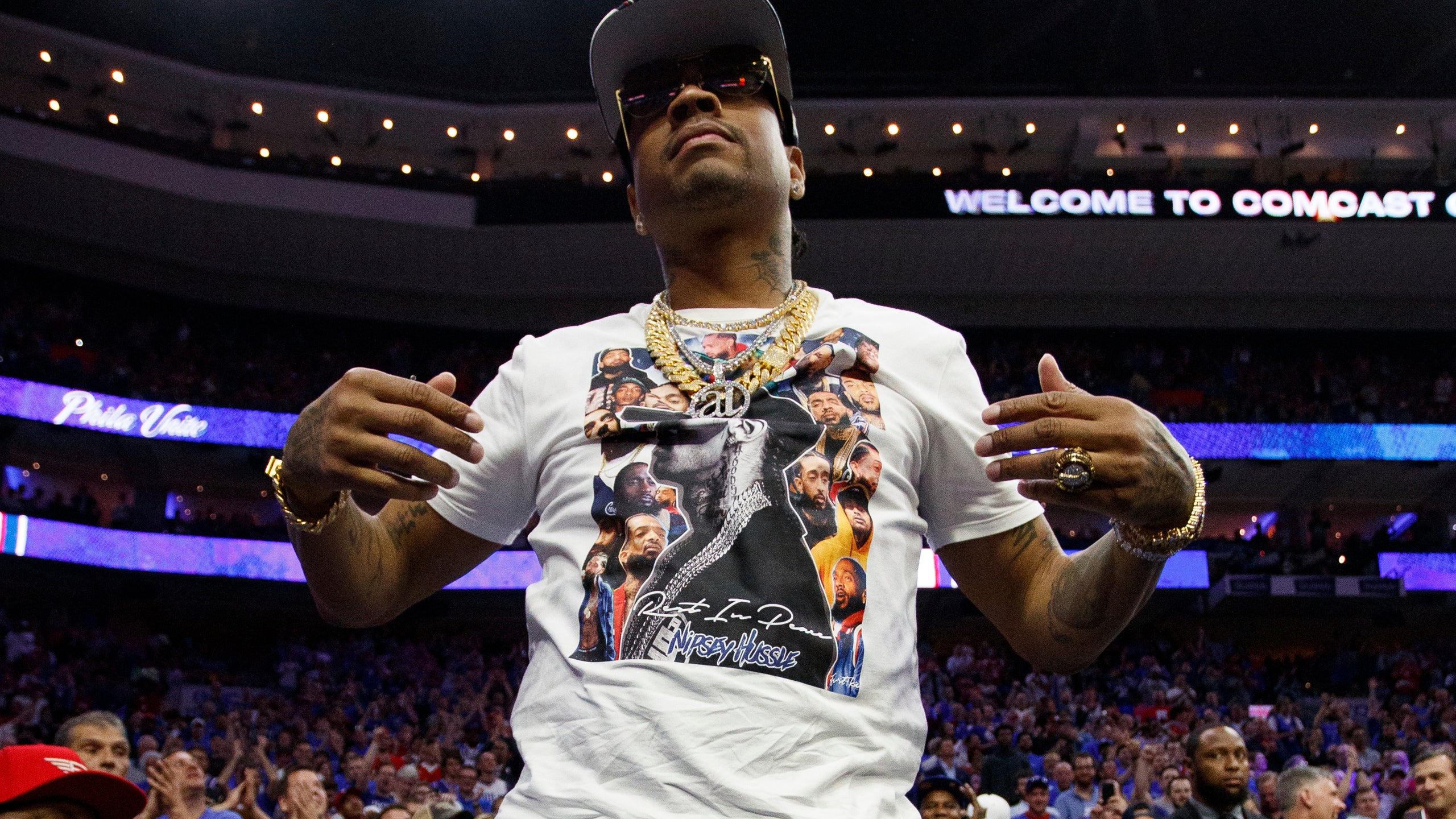 PHILADELPHIA (AP) — Allen Iverson is The Answer that finally became the question.

Take it away, Alex Trebek!

"In 2001, this 76ers guard became the shortest NBA MVP in history & was the All-Star Game MVP in an Eastern Conference victory."

Perhaps an original Charlotte Hornets fan, Kris incorrectly guessed 5-foot-3 Mugsey Bogues on the $200 board in the Eastern Conference category. The two other "Jeopardy" contestants stood in silence as they, much like hapless defenders back in the day, were unable to solve the 6-foot Allen Iverson.

Iverson still pops as a pop culture fixture almost as much as the days when he was the cool and controversial All-Star over a Hall of Fame career in Philadelphia.

And the AI-PA pub crawl can be made in style: Reebok, the sneaker company Iverson has endorsed since his 1996 rookie season, just dropped the $150 "Question Mid Double Cross" with a design that pays homage to his first signature sneaker.

If the sneaks aren't enough of a fashion accessory (or collectible) for fans, Iverson can still cup his hand to his ear and get a standing ovation from a packed house during his regular visits to the Wells Fargo Center.

"I'm happy in the sense that the people around me make me happy," Iverson said. "It's easy to be happy."

Iverson knows how to spread the love to a generation of players that looked at him as a basketball idol. Iverson took his courtside seat for the season opener wearing not a Joel Embiid or Ben Simmons jersey, but the No. 23 of seldom-used guard Trey Burke. Burke, a 6-3 guard who starred at Michigan, grew up rooting for Iverson when he wanted to "run right outside" to the court and try to pattern part of his game after the four-time scoring champ.

"He was my favorite player growing up," Burke said. "He was a little guard doing giant things. I think a little guard like myself can relate to that. You always want to be great at anything you do. Just to see how great he was throughout his entire career, some of the performances he put on, it was just motivation at its finest."

Iverson jerseys were the most popular at games until Embiid and Simmons burst on the scene, but his No. 3 that was once a global bestseller still dots the crowd with fans of all ages. Iverson makes appearances on behalf of the Sixers, usually for season ticket holders, corporate partners and other fan events, and his sneaker store stops to promote his shoe have been greeted by hundreds of fans .

Iverson says life is good and settled with his high school sweetheart, Tawanna, and their five kids, and even if it took a bit longer than expected, he's matured into the elder statesman in retirement that he never found comfort with as a player.

"Even still at 44, I'm learning from having the people that's not good to be around you, but you have the knowledge to know they're not the right people," he said. "I'm able to see all the stuff that life has taught me as far as how people are, and their intentions, and the ups and downs, and how many times I fall, I'm able to get back up to create just a better man, a better person."

With the 76ers off to 3-0 start headed into Wednesday's game against Minnesota, they're set to prove to any remaining doubters it's more than hollow hype they're the team to beat in the East. The 76ers haven't reached the NBA Finals since Iverson's MVP season in 2001 and haven't won it all since 1983. Iverson led the Sixers in 2000-01 to 56 wins, and they captured the conference title for the first time in 18 years.

Led by Embiid and Simmons, this season's Sixers are expected to be the best since Iverson was in his heyday. But are they good enough in a dream world to beat Iverson, Dikembe Mutumbo, Aaron McKie and the rest of the '01 conference champs?

"That team that we have right now, is better than our te... ahh, I don't know," Iverson says, laughing as he catches himself mid-compliment, "because they would have had to deal with a lot of me."