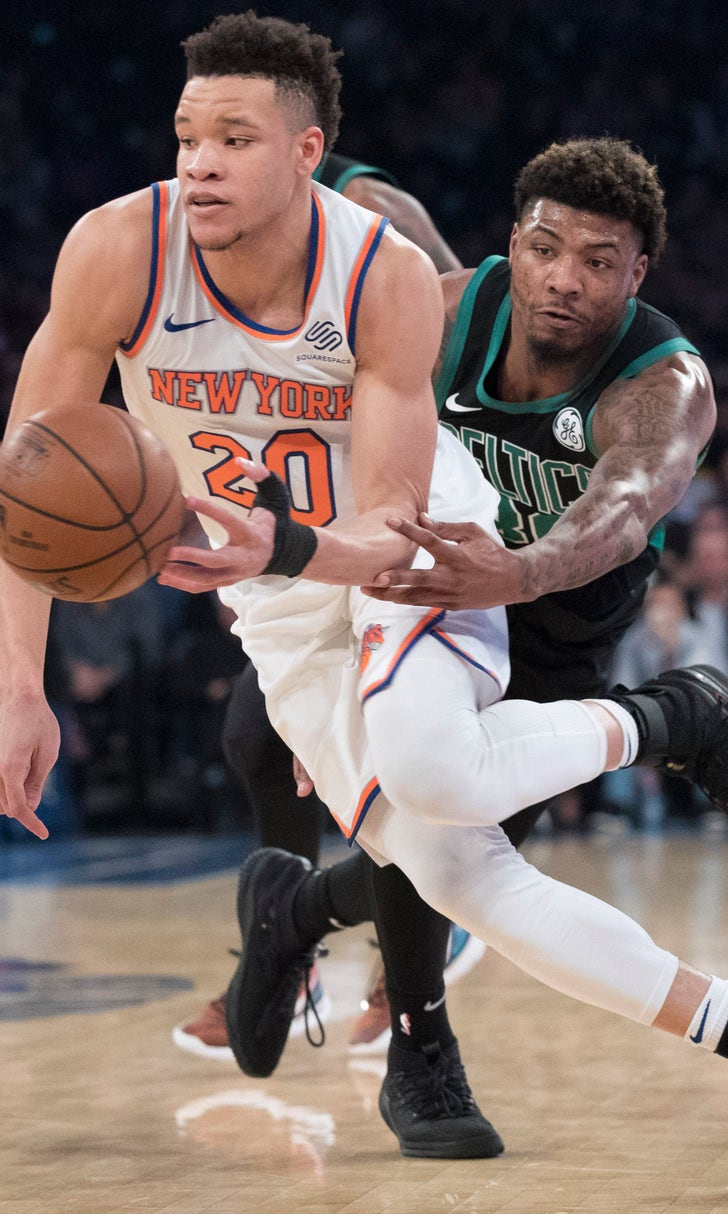 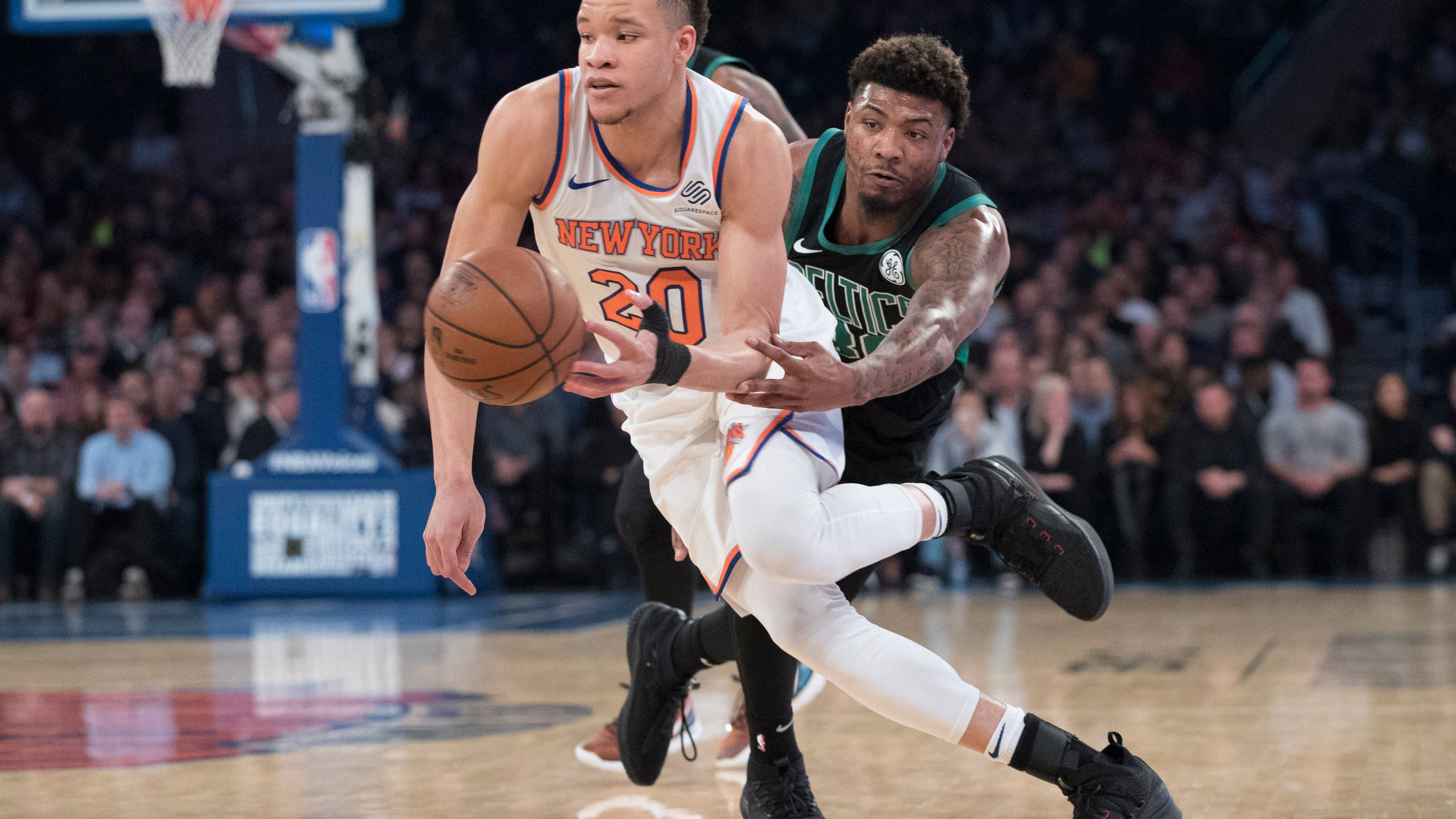 He seemed more annoyed than flattered.

"It's nothing but a distraction at this point," he said.

Irving and the Boston Celtics handled it as easily as they handled the overmatched Knicks, winning 113-99 on Friday night in the first game since New York traded Kristaps Porzingis.

Irving had 23 points, 10 rebounds and six assists before a crowd eager to start the free agent wooing five months early.

The trade to Dallas gave the Knicks money to chase two top free agents this summer and fans showed Irving that they want him to be one of them, cheering him before and during his return from a two-game absence with a hip injury.

Irving is one of the headline names in the 2019 free agent class, and though he said at a Celtics fan event last fall that he intended to re-sign in Boston, that may be no guarantee. He told reporters at the morning shootaround to "Ask me July 1" if his plans had changed.

Discouraged earlier this season by the play of some of his younger teammates, his frustration now is with the talk about matters beyond basketball, with the trade deadline less than a week away and his name being tied to Anthony Davis' future as he seeks a trade from New Orleans.

So the former New Jersey high school star figured it would be a scene when he was back in the area.

"Like I said, I'm appreciative of the fan support I get in any arena, but of course coming back home," he said. "Obviously what's going on in terms of that noise and commentary is just a bunch of nonsense right now. Can't do anything about it so I'm just accepting, I'm appreciative, but at the same time I've got a game to focus on."

Marcus Morris added 18 points for the Celtics, who won for the eighth time in nine games and remain supportive of Irving.

"He's a guy that's very polarizing in the NBA and the world so everything he says, even if it's not really that serious, it's going to be taken out of proportion," Morris said. "But like I said, he still comes in, he's a professional. We all love him, we all want him here."

Damyean Dotson scored 22 points and Kevin Knox had 21 for the Knicks, who dropped their 12th straight.

The new players weren't available, so the Knicks started with a backcourt of Dotson and Kadeem Allen.

The short-handed lineup hung around into the fourth quarter before opening February with a loss after going a combined 3-24 in December and January.

Celtics: Al Horford and Gordon Hayward each had 14 points. ... Irving gave his jersey to his father after the game.

Knicks: Coach David Fizdale said the new players had been in the arena Friday before the game. ... Luke Kornet started at center and scored nine points after missing the last five games with a sprained left ankle.

Fizdale said he and Porzingis had a nice chat Thursday, wishing each other and joking about never getting onto the court. He said he didn't question whether there was more he could have done to keep Porzingis happy in New York.

"I can't think that way. He's obviously been here and has dealt with whatever he's had to deal with throughout the course of his career. I can't personalize that and put that on me," Fizdale said. "Obviously I really worked hard to build a great relationship with him, going over to Latvia and everything, and really trying to involve him in a lot of the stuff that we're doing."

Fizdale, on the chants for Irving: "You know, I am on a whole other planet when it comes to that stuff. I am just constantly into how do I help these guys win the next play, how do I get them past the last play?"