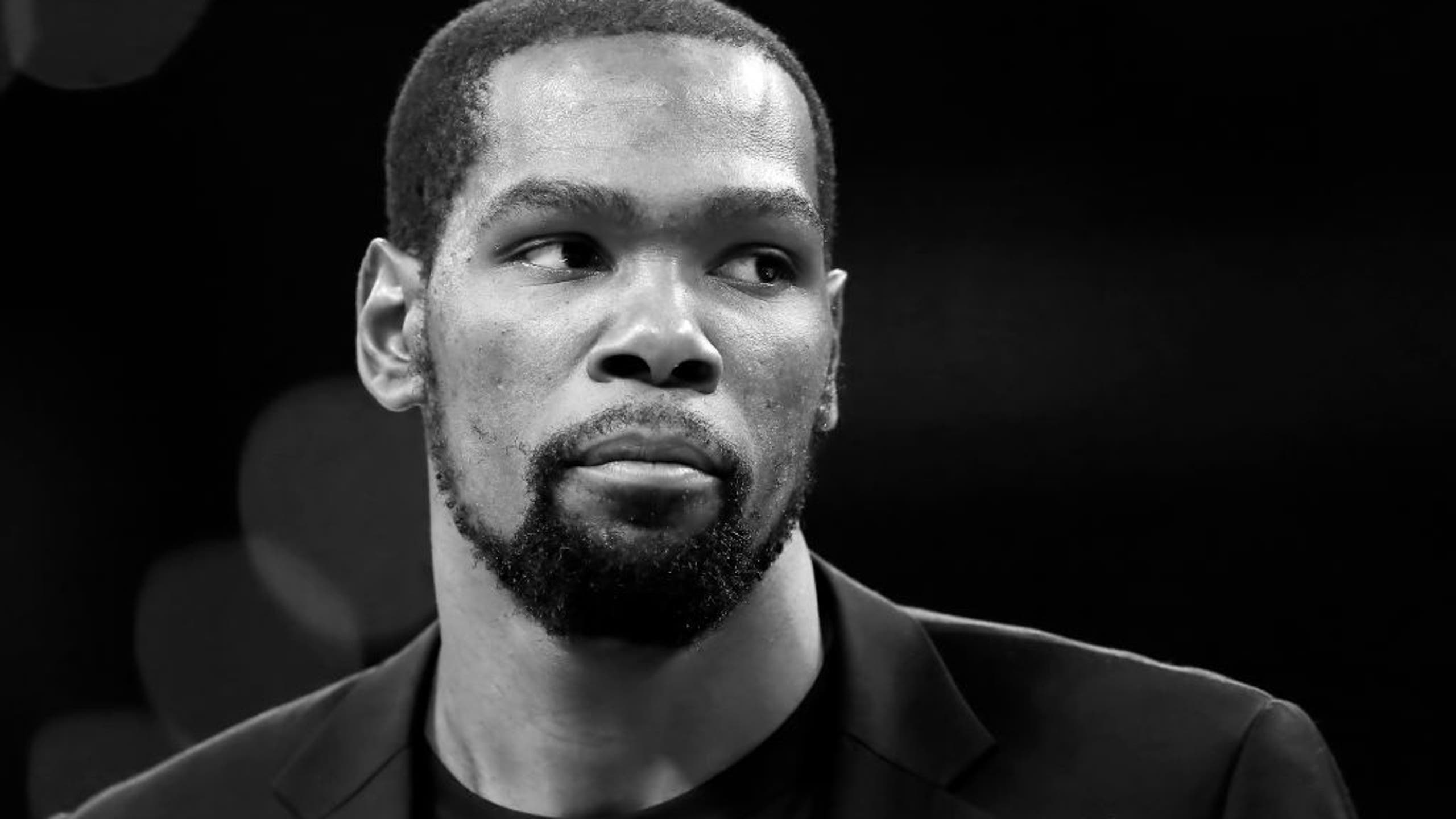 Kevin Durant was tempered in his response.

When asked Tuesday if there was a point over the last 18 months when he knew he'd be his old self again, after sustaining a torn right Achilles tendon in June of 2019, he didn't feign a revelation.

"Who knows," Durant said. "I just gotta see how I feel in a real NBA game again."

Achilles injuries are notoriously devastating and tricky. Some players fully recover from them, and others are never quite the same again.

Are you going to be an MVP-caliber player again?

"I feel good playing," he said. "I mean, I'm not even thinking about awards at all. It's just taking it a day at a time. I feel good, though."

Durant has never been the type to downplay his abilities. Or be evasive. Or rely on clichés.

But he made it very clear that while coming back from this injury, he can't get ahead of himself.

"I definitely used to have crazy anxiety wondering how I was going to play the next day or next series," Durant said. "It used to drive me crazy, you know what I'm saying. For my mental health, it's easier for me to have this approach of waiting to see what happens and then falling back on the work that I put in.

"If I fall back on the work, then I don't have to worry too much about what'll happen. I already know it'll come natural."

Durant sustained the injury in Game 5 of the 2019 NBA Finals, when he was competing for his third consecutive championship with the Golden State Warriors, going up against the Toronto Raptors.

A few weeks later, he announced he was going to team up with Kyrie Irving on the Brooklyn Nets, signing a four-year, $164 million deal.

Durant missed all of last season, and Irving played in only 20 games before having a season-ending surgery in March to relieve a right shoulder impingement. Without their stars, the Nets were swept in the first round of the playoffs by the Raptors.

Steve Nash – a former two-time MVP who was hired as head coach of the Nets in September – said both Durant and Irving are good to go.

"They both are in great states of health, so to speak," Nash said. "They're healthy, in shape, and look great. So obviously that's the best scenario for us after a long layoff for both of them."

But when Durant was asked if he's 100 percent, he balked a bit.

It has been a tough road to recovery.

During his first three months of rehabilitation, Durant needed assistance for everything he did. He used a scooter to get around.

"I think those milestones of learning how to walk, learning how to run and jump again, and getting used to certain movements again, that's underestimated," Durant said. "People don't realize that. And Achilles, that ligament, is one of the strongest ligaments in your body, so for that to pop, it takes a while to build that up."

It was physically grueling. But he tried to see the upsides of having an extended break, too.

"Last year wasn't that frustrating, to be honest," Durant said. "I mean, I enjoyed having some me time away from a lot of y'all and the NBA life in general."

After a long wait, the Nets will finally have a chance to live up to the hype.

Durant is a two-time NBA champion, 10-time All-Star, two-time Finals MVP and also won a regular season MVP in 2014. And Irving is a six-time All-Star and won a title in 2016.

Nash said he's happy with the pieces he has and hasn't involved himself much with an ESPN report that Houston Rockets' superstar James Harden wants to play for the Nets.

"As far as the Harden rumors, I don't know," Nash said. "I love our team. I love our roster. And I [will] coach these guys and try  building something incredibly competitive and enjoyable for our players and staff. That's a question for someone in a different role."

Durant also addressed the report, which said he and Harden discussed the possibility of teaming up during offseason workouts in Los Angeles.

"I don't know where you're making these stories up that me and James talked about any of this at a workout," Durant said. "I don't know where that came from. James is a friend of mine, but I let the front office handle all of that stuff.

"I was just so focussed on working out. I heard all of that noise and I heard that James potentially wanted to come to the Nets, but anybody can make up those stories. Anybody can write a story and it will get some traction.

"Nothing is ever set in stone until it's set in stone, so I never thought too much about it. I just focused on myself and my teammates and he probably did the same thing. And we'll just move forward."

Right now, Durant has enough on his mind.

He's three weeks away from playing in his first regular-season game in a year and a half.

"Our only goal is to be the best version of ourselves every single day individually and bring that together, work as a unit," he said. "And outside noise from people who are hoping that we fail, hoping that they see a show or get entertained by some drama, I mean, we can't control that stuff. So we're just worried about who we are individually and then bringing that together as a unit each and every day.

"Only the people in this building matter."

It has been a long road.

Durant said he's more than ready to get started.

"I'm excited about the first day and putting on my practice jersey again," he said.

Get more from Kevin Durant Add to your favorites to get information about games, news and more.
in this topic

Defense Optional
The new-look Nets are watching their "Big 3" score at-will – but will a lack of defense keep them from their full potential?
17 hours ago

The NBA's Most Devastating Injury
In recent years, Achilles tears have plagued some of the NBA's top players. Melissa Rohlin examines a painful trend.
2 days ago

Brooklyn Buckets
So far, so good in Brooklyn. The Nets are 2-0 since pairing "The Beard" with KD, and the duo has so far proven unstoppable.
3 days ago