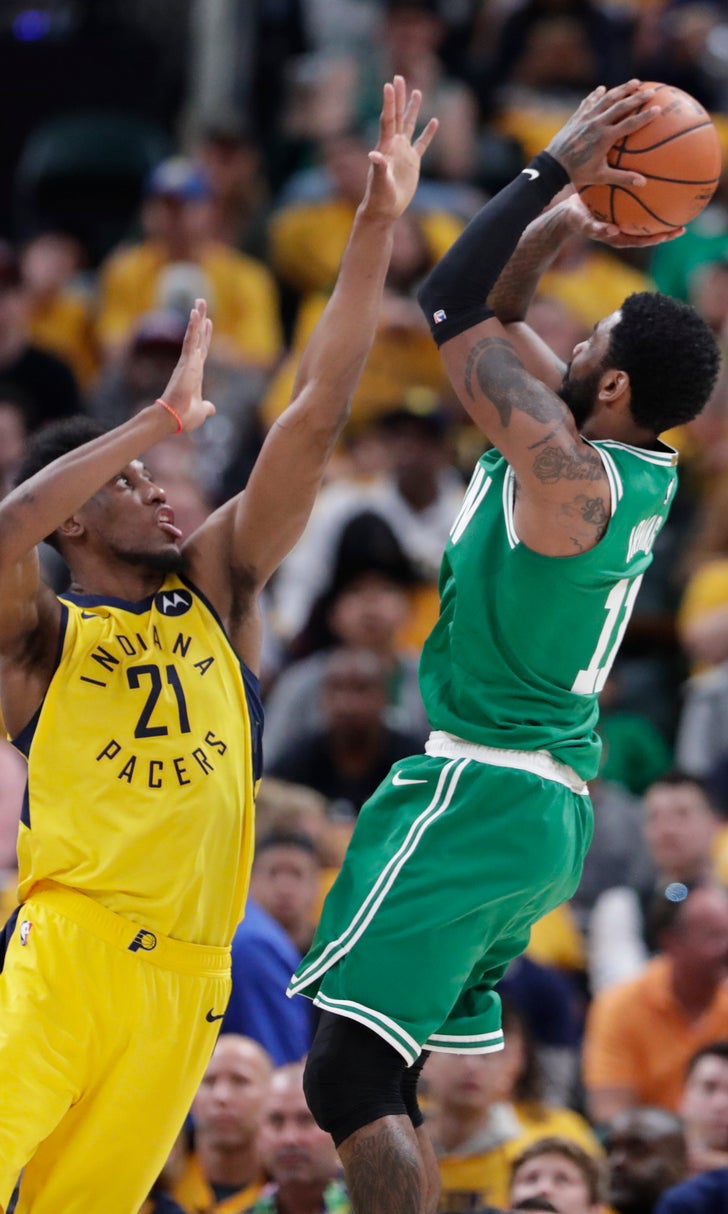 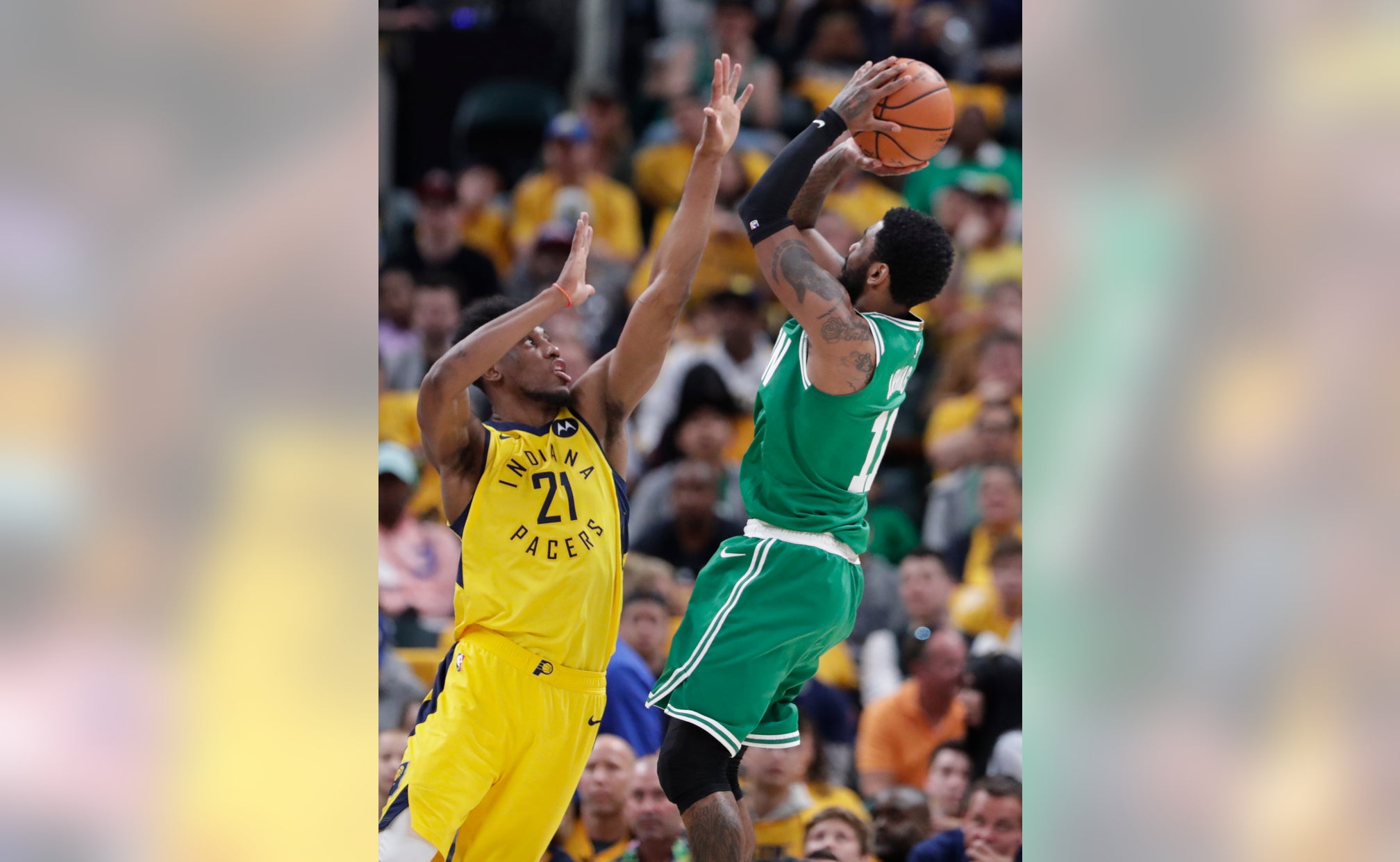 INDIANAPOLIS (AP) — The Boston Celtics proved they could be every bit as physical as the Indiana Pacers in the first round of the playoffs.

They may need to be even tougher for the rest of the postseason.

After delivering the knockout blow to the Pacers with a first-round sweep, the Celtics quickly turned their attention to their next challenge: Getting back to the Eastern Conference finals.

"You can obviously take some momentum going into it and be proud of the performance you put on," said All-Star guard Kyrie Irving, who already owns one championship ring from his time with LeBron James and the Cleveland Cavaliers. "But a week later, it doesn't even matter. You've got to prove it all over again."

Certainly, the Celtics appear to have everything they need to continue playing into June.

Irving had 14 points and seven assists despite getting banged around in Sunday's 110-106 victory. He took a seat on the court in the first half after apparently getting hit in the midsection and was seen rubbing his elbow in the second half following an awkward fall. Irving insisted he was fine.

All-Star Gordon Hayward scored 20 points off the bench in his hometown and teamed up with Marcus Morris to make five 3-pointers in the decisive fourth-quarter stretch that sealed Boston's first 4-0 series win since 2011.

Forward Al Horford continues to do whatever the Celtics have asked and even younger players such as Jayson Tatum and Jaylen Brown are continuing to play key roles.

Plus, the Celtics demonstrated their capacity to win game with offense or defense.

It's a combination that should serve them well regardless of who they play next in the Eastern Conference semifinals. Top-seeded Milwaukee leads eighth-seeded Detroit 3-0.

"A lot of people downplayed Boston as a team, but we knew they would get it right come playoff time," Pacers coach Nate McMillan said. "(Coach) Brad (Stevens) has done a good job holding the team together. Now that they're in the playoffs, they're playing good basketball. Their next opponent is going to see a good team."

And an experienced team that has something to prove following last year's exit in the conference finals and this year's underachieving regular season.

Many figured that when James decided to leave for the West Coast, Boston could be the favorite with Irving and Hayward healthy.

Instead, for the first time Stevens' six seasons, the Celtics won fewer games than the previous season, and they found themselves in danger of losing home-court advantage for the first round. A strong finish to the regular season helped Boston slide into the No. 4 spot, just ahead of the short-handed Pacers, and it gave them just enough momentum.

"I appreciate the way our guys play late in games — we execute all the way through," Stevens said. "We can still execute a little bit better in the middle of the game, but we're happy to win this series."