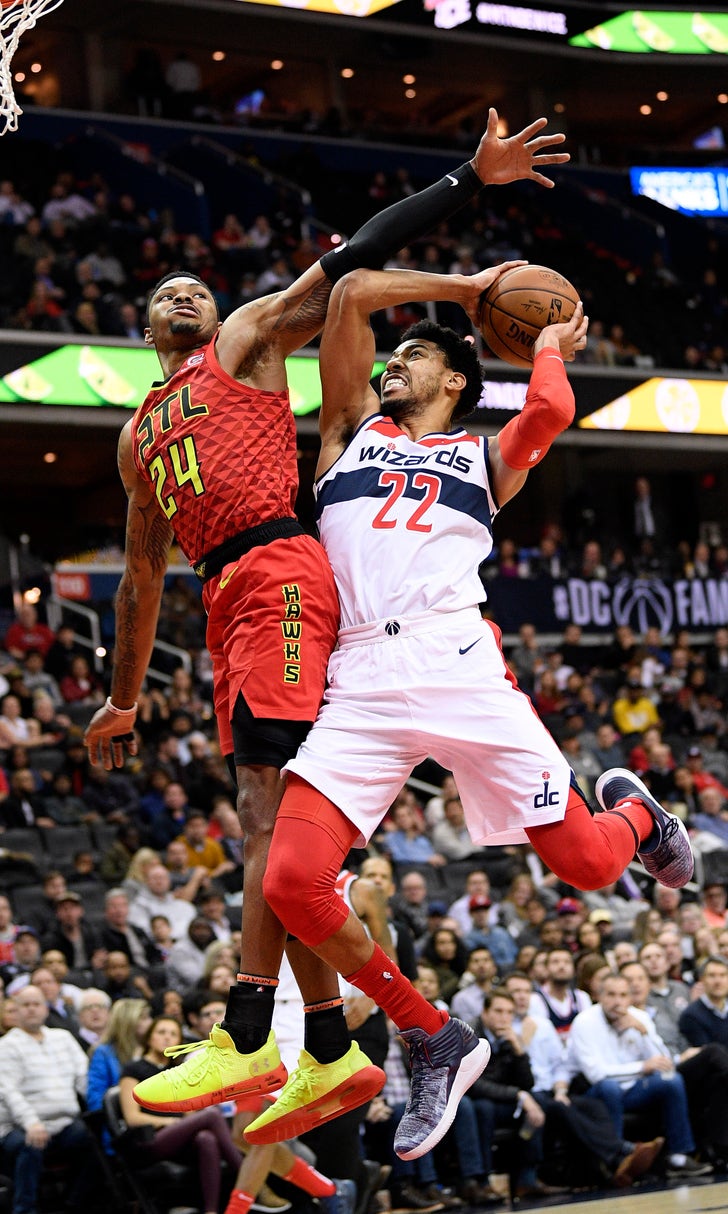 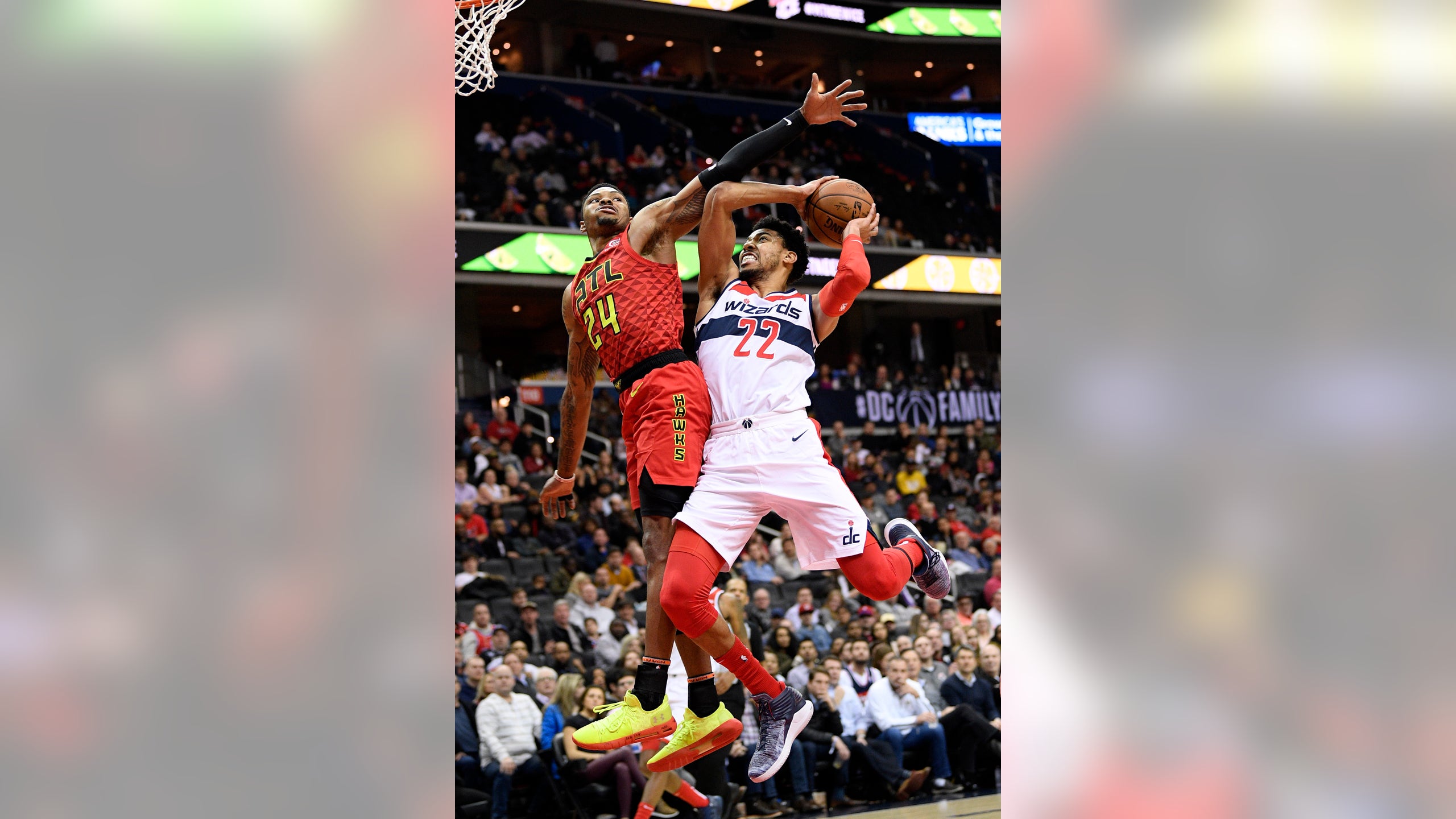 CHICAGO (AP) — The Washington Wizards decided they needed to shake things up with All-Star point guard John Wall out for the season.

Otto Porter Jr. is gone. Jabari Parker and Bobby Portis are in.

Washington traded Porter to the struggling Chicago Bulls on Wednesday for Parker, Portis and a protected 2023 second-round pick.

"I know what he's capable of doing," the Wizards' Bradley Beal said. "He has the ability to go lead a young team now, so I know he'll do well there, or wherever he may end up. We'll welcome Bobby and Jabari and just keep moving forward."

The Wizards changed up their front court in the aftermath of the news that Wall needs surgery for a ruptured left Achilles tendon and is expected to miss much — if not all — of next season. Wall already was sidelined because of an operation on his left heel.

The trade also ends a failed experiment for the Bulls after Parker signed a $40 million, two-year contract with his hometown team. Chicago dropped to 12-42 with Wednesday night's 125-120 loss to New Orleans.

Porter had joined Wall and shooting guard Bradley Beal to form a young nucleus of lottery draft picks the Wizards were trying to build around. But it did not pan out; Washington never made it past the second round of the playoffs with that trio.

All three have big contracts. The Wizards held onto Porter in 2017 by matching a $106.5 million, four-year offer he had signed with the Brooklyn Nets.

"Otto was always a team-first player and a positive presence for us both on and off the court," Wizards president Ernie Grunfeld said. "He worked to develop into a very good player during his time here and we wish him the best in this new chapter in his career."

Porter is averaging only 12.6 points and 5.6 rebounds this season while shooting 36.9 percent on 3-point attempts. He has been in and out of Washington's starting lineup.

The Wizards are 22-32 after losing 148-129 at Milwaukee, and more moves could come before the trade deadline.

A person familiar with the negotiations said late Wednesday that Washington had agreed to trade Markieff Morris to New Orleans for Wesley Johnson. The person spoke on condition of anonymity because the NBA had not signed off on the deal.

Porter, who figures to slot in as the Bulls' small forward, will be playing on a new home court for the first time since high school. He played college basketball at Georgetown, which uses the Wizards' arena for home games, then was taken by Washington with the No. 3 overall pick in the 2013 NBA draft.

"Otto has proven to be a terrific 3-point shooter, while also being very efficient," Bulls general manager Gar Forman said. "While in his sixth pro season, he is only 25 years old and is someone who will be a good fit for our team moving forward."

Parker led Chicago's Simeon Career Academy to four state championships and starred for one season at Duke before Milwaukee drafted him with the No. 2 pick in 2014. He tore the anterior cruciate ligament in his left knee twice in four seasons with the Bucks.

Though his homecoming didn't go the way he hoped, Parker called it a "great experience" and insisted he is "not bitter."

"It's just the business and what they're trying to accomplish," he said. "Right now, I've got a better opportunity."

Parker was in and out of Chicago's rotation, averaging 14.3 points and 6.2 rebounds in 39 games. He wasn't really a fit for former coach Fred Hoiberg's pace-and-space offense and isn't much of a defensive player — an area current coach Jim Boylen stresses.

Even so, Zach LaVine said Parker didn't get "the fair end of the stick" with the Bulls.

Losing Portis wasn't easy, either. He has been an important player mostly off the bench since the Bulls drafted him with the No. 22 pick in 2015.

Knee and ankle injuries have limited him to 22 games this season, though he is averaging a career-high 14.1 points and 7.3 rebounds.

"I could tell Bobby was a little weird about it," LaVine said. "I learned it early in the NBA. Some of my best friends got traded. Especially right before the game, Bobby's pretty much the glue of the team. The big-time voice. He was one of my best friends on the team."