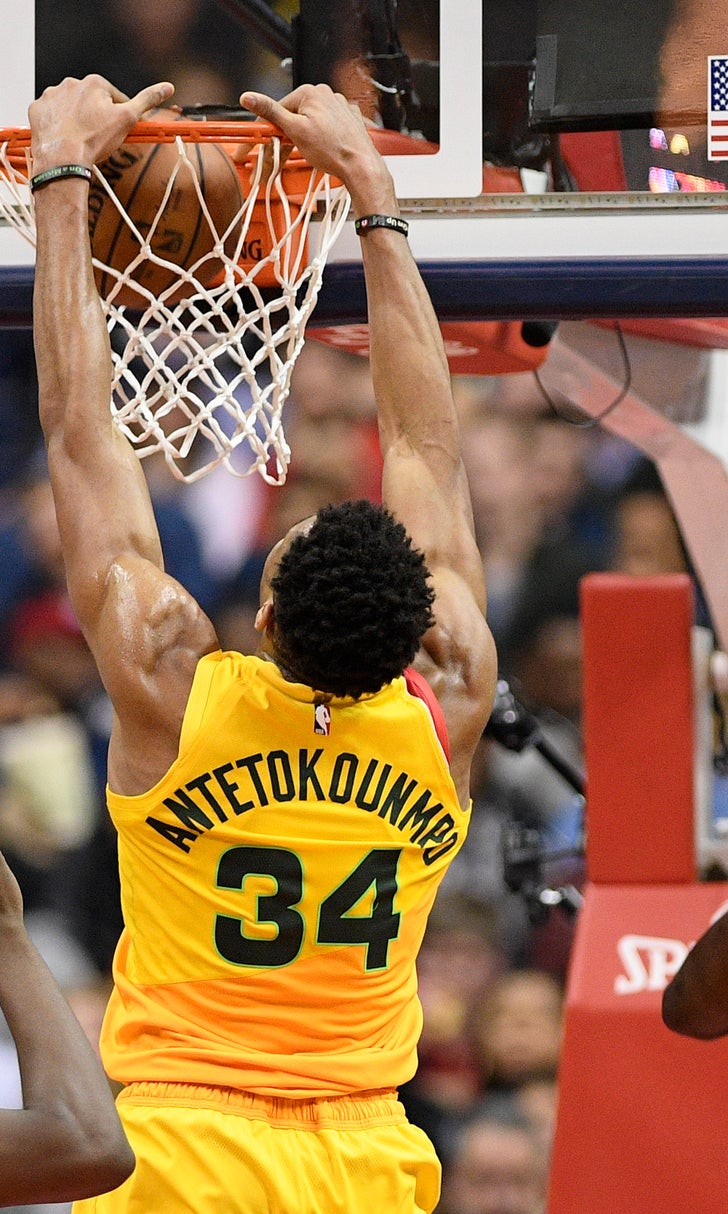 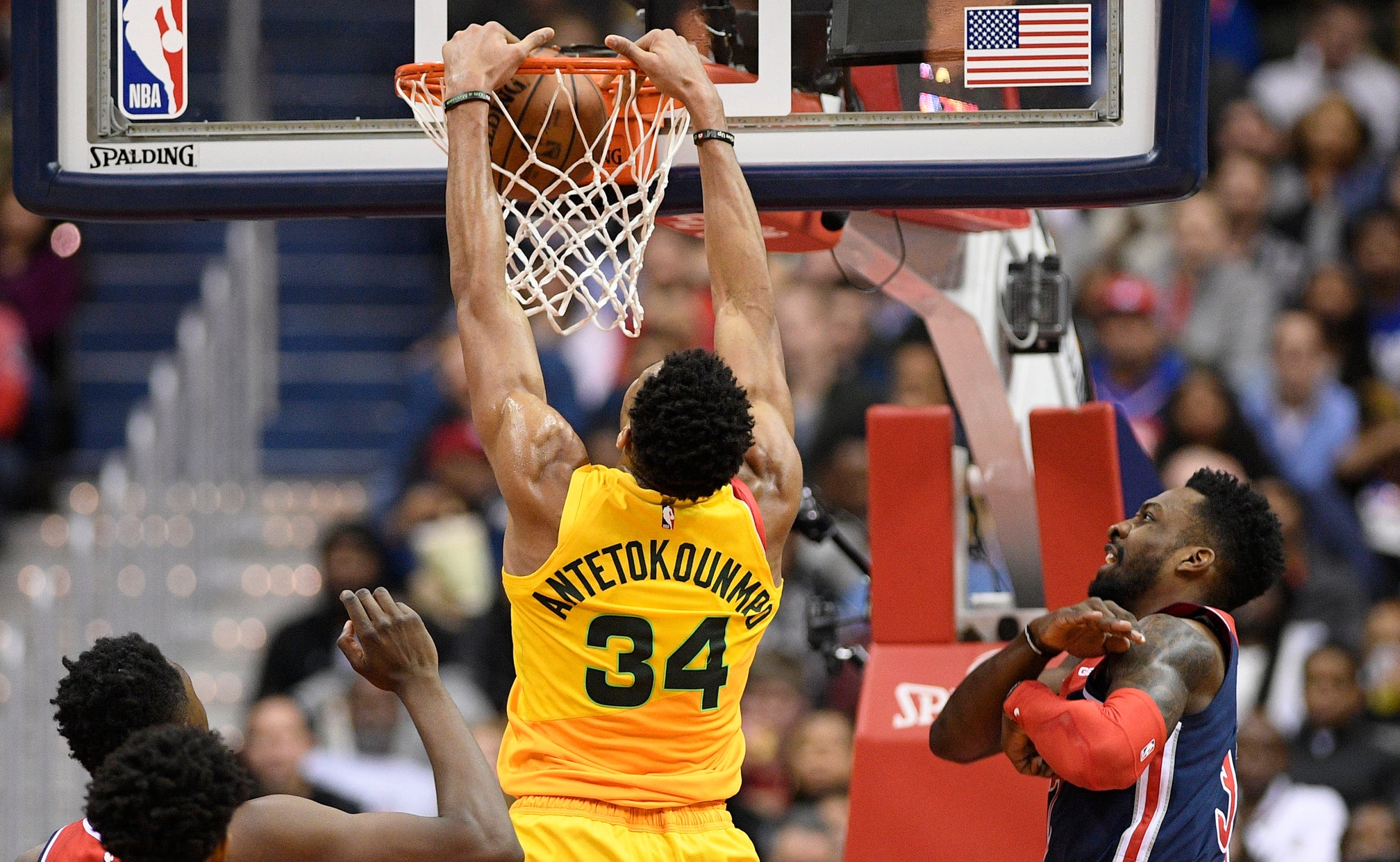 WASHINGTON (AP) — Giannis Antetokounmpo and the NBA-leading Milwaukee Bucks are all smiles — until game time.

"As a team, I feel like we think about the game less," Antetokounmpo said. "We just smile. We just have fun. And we know when the game starts at 7:30 or 7 o'clock, we're going to do whatever it takes to win. We don't try to overthink things."

Antetokounmpo scored 37 points, making all of his season-high 17 free throws in a perfect night at the line for Milwaukee, and had 10 rebounds to help the NBA-leading Bucks rout the Washington Wizards 131-115 on Saturday night.

Coming off a big victory at Toronto on Thursday night, the Bucks have won three straight, nine of 10 and 20 of 24.

The Bucks were 24 of 24 from the free-throw line, hit 17 of their 39 attempts from beyond the arc, and played well enough to limit everyone other than Antetokounmpo to fewer than 30 minutes during the third stop of a four-game trip. They also avenged a 13-106 loss in Washington on Jan. 11, one of three games Antetokounmpo has missed this season.

"We came here off a big win last time where we had beaten Houston and sometimes the schedule catches up to you," Bucks coach Mike Budenholzer said. "And Washington played great the last time we were here. But for us to win Thursday night and to follow it up with a win tonight Saturday is a good sign."

Milwaukee had a 17-2 run late in the second quarter, led by 23 at halftime and 32 early in third quarter. Antetokounmpo scored seven of the last 10 points in big second-quarter run, including a thunderous slam over Jeff Green that led to a three-point play.

Bradley Beal scored 24 points for Washington, Green added 20, and Otto Porter Jr. 18. The Wizards are 9-7 since losing All-Star point guard John Wall for the season because of a heel injury, and remain 10th in the East. Should they find their way into eighth, they could face the Bucks in the first round of the playoffs.

"There was a message that they were sending," Beal said. "And we play them again next week. So that's got to be how I take it. They sent a message for next week."

Wizards point guard Tomas Satoransky brought the home crowd to life early with an emphatic driving dunk over Lopez. That gave Washington a 4-0 lead and prompted Budenholzer to call a timeout with only 45 seconds played.

Satoransky converted the three-point play following the timeout. But the Bucks responded with a 20-6 run to take the lead for good.

Bucks: Have six winning streaks of three games or more this season. ... Budenholzer hopes Bledsoe's absence won't be a long one. "We'll see today and tomorrow. We play again on Monday. I think it's the right thing for Eric."

Wizards: Porter started despite entering the night as a game-time decision with a sprained toe. ... Coach Scott Brooks received a technical foul between the first and second quarters.

Bucks: At Brooklyn on Monday night.