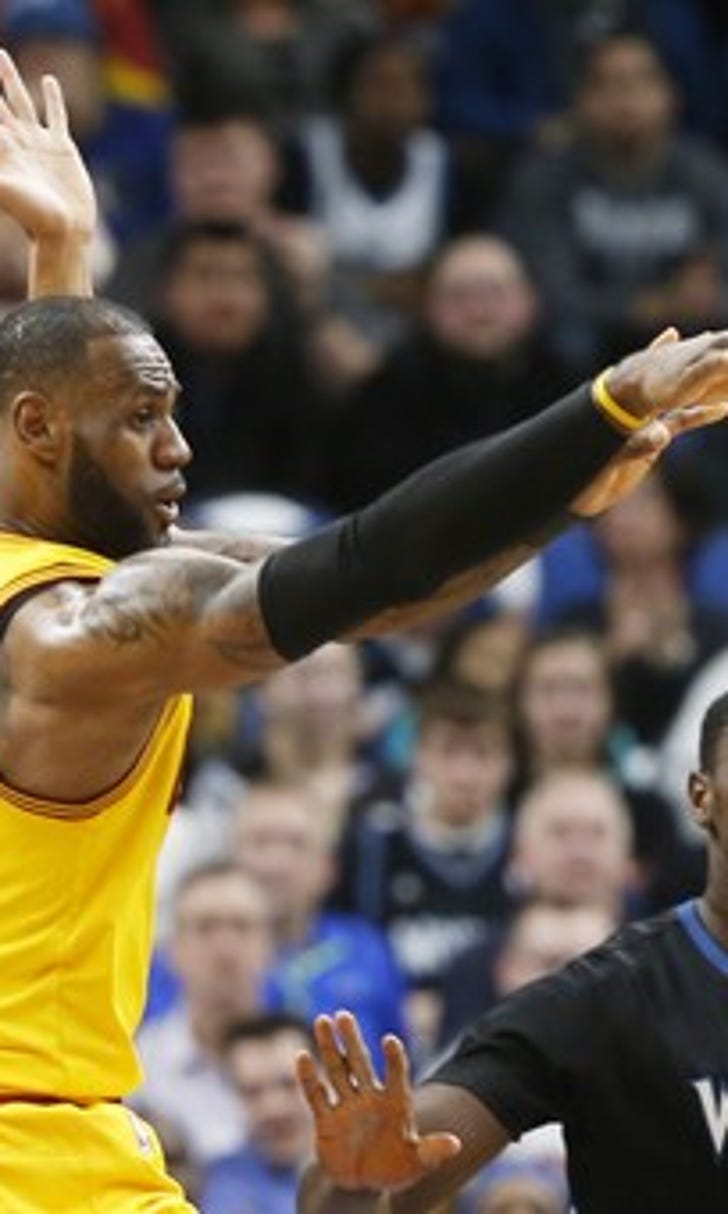 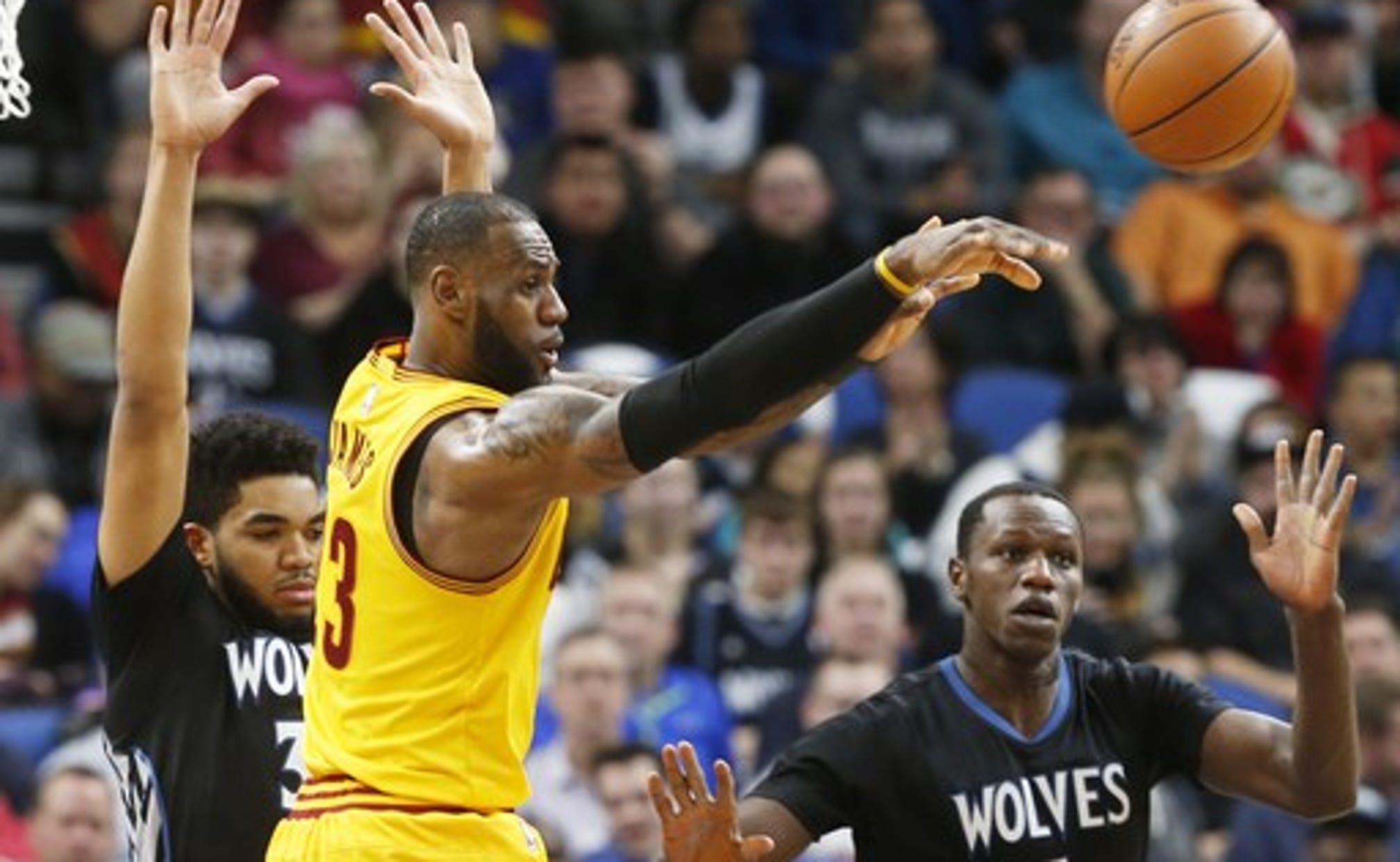 MINNEAPOLIS (AP) LeBron James spent the morning sending a crystal clear message to the Cleveland Cavaliers in the wake of Kevin Love's knee injury: things will be just fine as long as James is on the court.

He spent the night backing that up against an emboldened Andrew Wiggins and the Minnesota Timberwolves, as if anyone doubted him in the first place.

James had 25 points, 14 assists and eight rebounds to lead the Cavaliers to a 116-108 victory over the Timberwolves on Tuesday night.

Channing Frye had 21 points and 10 rebounds while starting for Love, who will miss at least the next six weeks after having surgery on his left knee. Kyrie Irving scored 25 points for the Cavs and James sealed the victory with a stepback 3-pointer with two minutes to play.

''The one thing that we can always rely on is the fact that we've played without Kev before,'' James said. ''We've had to do that in the playoffs. As much as you don't like to play without some of your big guns, sometimes if it happens then you're just ready for it.''

Wiggins scored 41 points against the team that drafted him and Karl-Anthony Towns scored 26 for the Wolves, who finished a six-game homestand at 2-4. The Wolves allowed Cleveland to shoot 51 percent and hit 13 3s.

''It's always competitive playing them,'' Wiggins said. ''I feel like it brings out the best in everybody.''

James took his time to get going, choosing to get others involved, including with a no-look pass through Wiggins' legs to a diving Derrick Williams for a layup in the second quarter. He threw down two soaring dunks later in the third and added a Jordan-like reverse layup as part of a highlight-filled night.

''It's been a burden on me since I got drafted. Why does it change now?'' James said when asked if he has to do more with Love out. ''Nothing's changed. I'll have my guys ready to play every single night.''

The Cavs appeared to be pulling away when they opened a 14-point lead in the third quarter, but Wiggins exploded for 20 points in the period to make it a game. He hit a 3-pointer and beat the buzzer on a long 2 to tie it at 93 going into the fourth.

Wiggins was chosen by the Cavs No. 1 overall three years ago, but that was before James made his surprising return to Cleveland. The Cavs traded Wiggins to Minnesota for Love and Wiggins has always given them his best punch. He entered the night averaging 27.6 points per game against them, his highest scoring average against any team in the league.

The Wolves missed two open 3-pointers that would have tied the game in the final four minutes, but James hit his from deep and Williams got a steal and a layup to drop Wiggins to 0-6 against the Cavs.

Cavaliers: F Iman Shumpert played 25 minutes after missing the previous three games with a sprained left ankle. ... Williams scored 13 points off the bench against the team that drafted him No. 2 overall. ... Tristan Thompson had 14 points and 11 boards.

Timberwolves: SG Zach LaVine had surgery in Los Angeles on Tuesday to reconstruct the torn ACL in his left knee. He is expected to miss nine months while recovering. ... Ricky Rubio had 16 assists and eight rebounds, but was just 2 for 8 from the field.

As he prepared to face a Timberwolves team filled with very young players trying to find their place in the league, James was asked how long it took him to turn the corner as a professional.

Guard Lance Stephenson has played well since signing a 10-day contract last week, and the Wolves were hoping to have his defensive intensity against James and the Cavs on Tuesday night. But Stephenson grotesquely rolled his left ankle just three minutes into his first shift and needed help walking off the floor. Stephenson hit his only two shots before he was injured.

Cavaliers: Cleveland heads back home to face Indiana on Wednesday for its final game before the All-Star break.

Timberwolves: Minnesota flies to Denver for a game Wednesday night in a key game for the Wolves against the Nuggets, who currently own the eighth seed in the West.