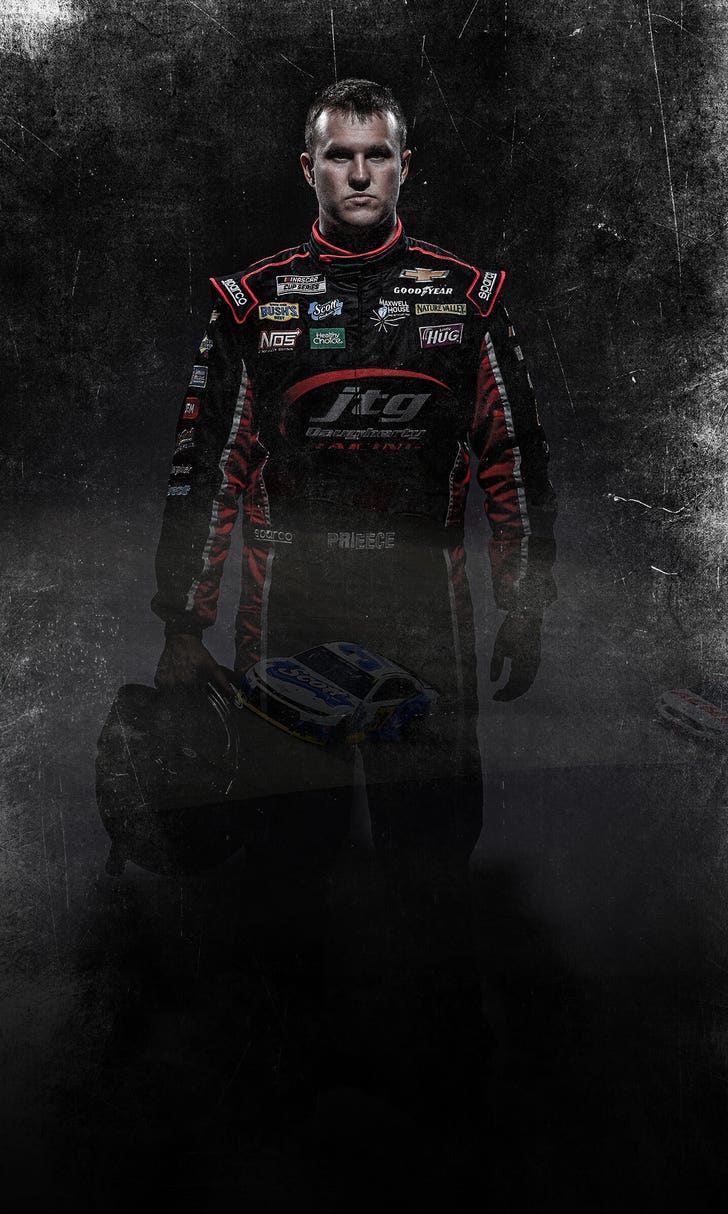 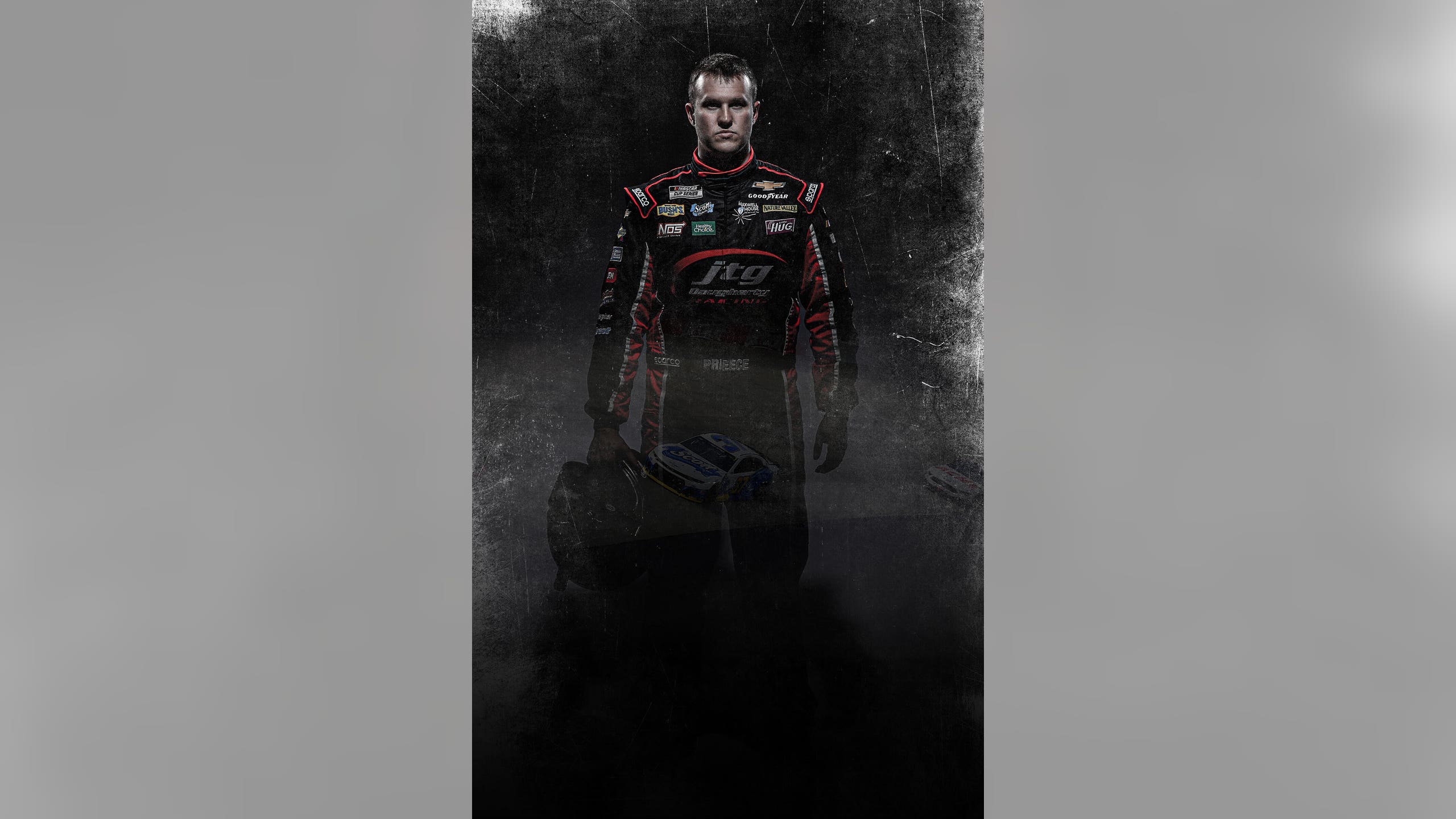 Ryan Preece enters the 2021 NASCAR season with no guarantees

If Ryan Preece is nervous, he doesn’t seem to show it.

Preece enters 2021 in the awkward position of not knowing if his team will field a car for every race and knowing he will have to qualify for the Daytona 500, which could impact whether he qualifies for more events.

But Preece is used to a little upheaval. He spent 2016 in the Xfinity Series running for midpack Johnny Davis Motorsports. He returned to his roots of NASCAR Modified Series racing for the 2017 season because he could get paid to race instead of having to bring funding.

"It’s just another hurdle," Preece said. "I think we’re going to be just fine. To be honest with you, it’s not like I haven’t had obstacles in my career.

"It’s not easy, and it’s not like you’re guaranteed in."

The past two seasons, Preece has shown glimpses of promise, but results were hard to come by, especially last season, when he failed to finish in eight races. Not all the wrecks were his doing — even the casual observer would call it a bad-luck season — but that doesn’t mean much when trying to attract sponsors.

Not only is this a make-or-break year for Preece as far as performance, but he also won’t have a guaranteed spot in every race because his team doesn’t have a charter, NASCAR’s version of a franchise, which requires a team to run every race while providing a guaranteed spot in each event and base revenue for the year. Preece’s team currently has sponsorship for about 24 races.

"We didn’t want to water down, stretch it out and not be prepared to run the best we can run each week so just that everybody thinks that we’re running the full schedule," said team co-owner and former basketball star Brad Daugherty.

"That doesn’t make any sense to us. We felt like if we buy a charter for $5 million or $6 million and can only win three-and-a-half [this year], it’s just not a good business model at this point. We have 24 races already covered. We’ve got some interest and hopefully have a sponsor to run a full season, but we’re committed to the 24 and showing up as an open car."

JTG Daugherty Racing bought the charter for its No. 37 car from Furniture Row Racing in 2018, but the sale included obligations to Todd Braun, a former owner of Braun Racing who was involved with HScott Motorsports (which previously held the charter) and the uncle of current Kaulig Racing driver Justin Haley.

Daugherty indicated that it was more like a lease deal for three years and that it left Braun in control of the charter after 2020. NASCAR doesn’t allow leases of more than one year, so teams have formed partnerships with various buyout clauses or conditions. After the 2020 season, Spire, which won a Cup race with Haley in 2019, bought the charter from JTG.

"When we got to the end of the lease, we decided not to purchase that charter," Daugherty said. "And he had some other things he wanted to do with their organization growing [at Spire]. We both walked away, and that’s fine."

Without a charter, Preece will be among at least eight drivers vying for the four spots available to "open" teams in the 40-car Daytona 500 field. If the team misses the Daytona 500, it could miss the next two races if more than 40 cars enter (unlikely but possible) because for the second and third races of the year, two open teams will get in based on 2020 owner points and two based on 2021 owner points.

Preece has no owner points from last year because that went with the charter. He can get into the Daytona 500 by being among the two fastest open cars in single-car qualifying Wednesday or the top-running open car in his qualifying race (commonly called "the duels") Feb. 11.

"I feel confident that we should have plenty of speed and we can get in on time, which will make the duels that much less difficult," Preece said. "No matter what plan you come up with when it comes to Daytona, you can be as prepared as possible, but you never know what’s going to happen.

"We’ll see. ... Hopefully we qualify in on time and everything becomes easier throughout the weekend. If we don’t, then it will come down to executing, making sure everything goes right and get ourselves in."

Before the charter system was implemented in 2016, JTG was at times in a precarious enough position in points that it was never truly set in the 500.

"It’s awful on your nerves," Daugherty said. "But you know, it’s one of those things. It’s professional sports, and sometimes there are no guarantees, and the only guarantee is the opportunity.

"We think some of the other races, there won’t be as many people trying to qualify. So it makes a lot more sense [to do it this way]. There’s going to be a couple [other races], and this is going to be one of them, and we just have to put our best foot forward."

The team entered negotiations to try to purchase a charter from one of the existing teams, but in the end, Daugherty said, they decided it wasn’t worth it because they had sponsorship for only 24 races for Preece. The additional revenue the charter would bring wouldn’t necessarily cover the costs of the remaining 12 races.

Of course, a charter can be looked as an investment in hopes that the value of the charter increases. But with no guarantee of that and the possibility of being a one-car team after 2021, the team opted to start the season and go as long as it can until it sees a time when it is stretching thin.

"We’ve always wanted to run one strong team, and we ended up having the sponsorship to run two teams, and we thought with some of the manufacturer help we would be able to do it successfully, but that’s just not the case," Daugherty said.

"We run without any manufacturer help at all. Knowing that, we spend more to run our race cars than everyone else does. And so it’s made it one of those things where there was no need to do that [charter] because it’ll be a lose-lose situation, and that’s kind of where we’re at."

The team does not have a race targeted as far as the make-or-break point for a decision on which races to miss. The team could very well run until it is out of playoff contention and then scale back.

"There’s nothing dire or nefarious," Daugherty said. "It’s just pure business decision. We felt [it was] the smartest thing to do instead of just trying to run those races half-cocked.

"It’s not fair to our sponsors, to the people in our building to do that. We’d rather invest in those people. We’ve kept people working through the pandemic, and we believe in those people, and we just didn’t want to halfway do it."

Alan Gustafson is the only crew chief in the past 10 years to have his driver finish in the top 10 in Cup point standings every year.

"It's to take the same thing we've done in education, music, business, apply it to what we're about to do in NASCAR and Trackhouse and watch Daniel [Suarez] win some races and bring it home." — Trackhouse Racing co-owner Pitbull