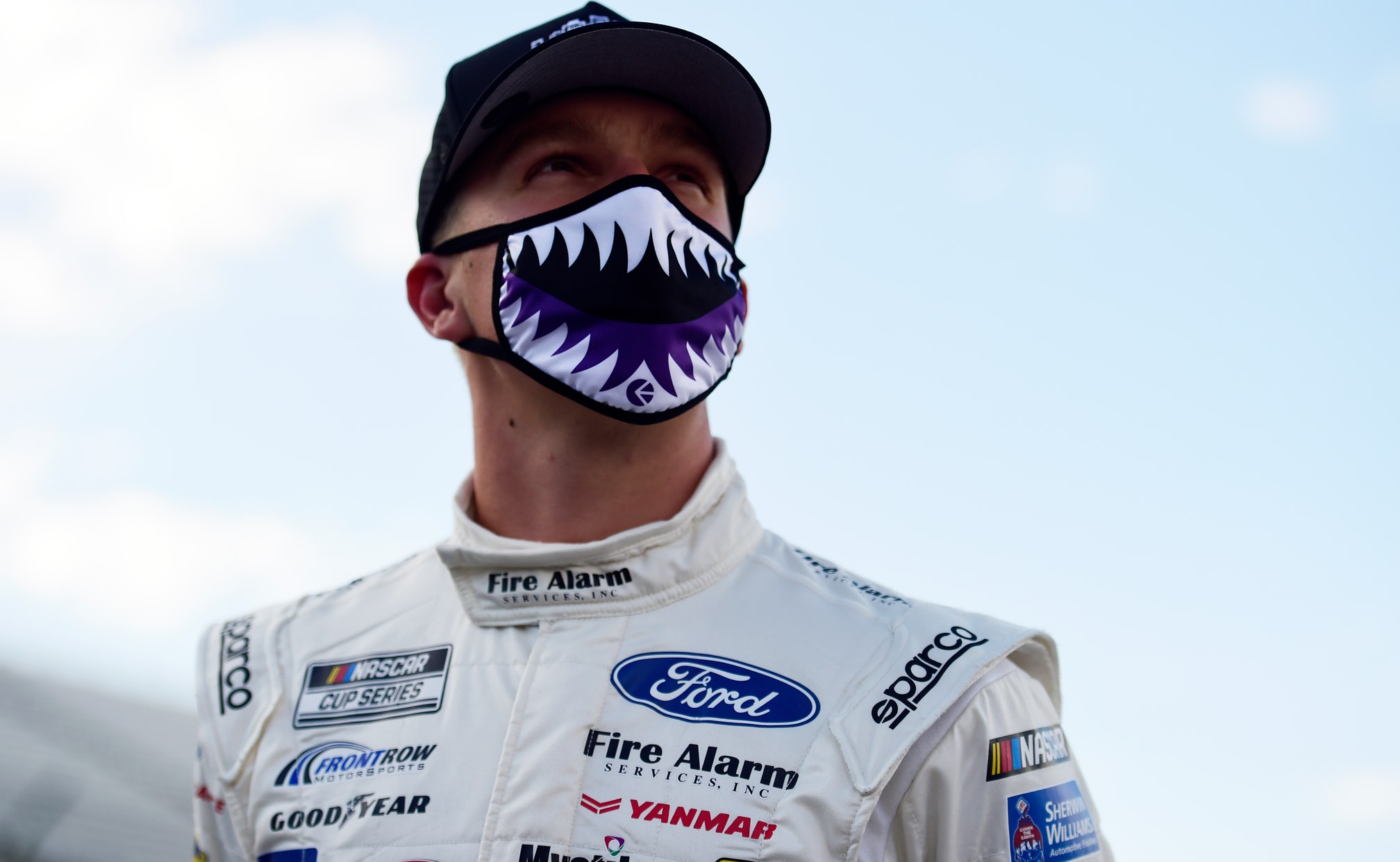 previous story
Feeling the Heat
next story
Have Rings, Will Travel
Cup Series

John Hunter Nemechek ran well enough early in his 2020 NASCAR Cup Series rookie season that he made the case to get a look from teams with more depth and more funding than Front Row Motorsports.

Driving for a team that struggled to put a driver higher than 25th in the standings, Nemechek sat 22nd in points after 16 events and had finished on the lead lap in nine events.

That scouting report on Nemechek turned into questions, as he was involved in incidents in 10 of the final 20 races, finishing on the lead lap just six times and dropping to 27th in the standings, while teammate Michael McDowell ran consistent enough to finish 23rd, the highest for the organization in the last four years.

“There were a few times where I may have pushed too hard, busted my butt, made a mistake in trying to get a little bit too much for what we had that day,” Nemechek said. “That definitely sucks but it’s a learning experience.

“It’s something that goes into the memory bank. A lesson learned the hard way.”

Front Row still leaned toward retaining him in 2021. But with some uncertainty, and with those lessons learned, Nemechek instead opted for a ride in the NASCAR Camping World Truck Series with Kyle Busch Motorsports. It created a surprise opening on the Cup level — Front Row has talked to some drivers but a front-runner didn’t immediately emerge — and showed that Nemechek, who turns 24 next year, felt he had done enough to take a risk.

It is like going from the major leagues to Double-A ball to prove yourself once again, but working at an organization that knows how to win and groom talent. Kyle Busch Motorsports wanted someone with experience, and Nemechek is a young driver with experience who also hopes he has plenty of years racing ahead of him.

Nemechek said he is thankful for the year with Front Row and it wasn’t an easy decision. Front Row typically doesn’t confirm its drivers until December, so while drivers know whether they likely will come back, their plans aren’t totally solidified until the offseason.

“There were some things toward the end of the year, I didn’t know where I stood on coming back at Front Row Motorsports,” Nemechek said. “I didn’t know if that was even going to be an option for me and we started looking at options ... I can definitely learn something from [Busch], being underneath him and being in his organization.

“When it comes down to it, winning never hurts.”

Nemechek has won six races in trucks (all for his family-owned team) and one in Xfinity (with Chip Ganassi Racing), but his last win came in 2018.

“When you aren’t in victory lane or you aren’t up front contending for wins, I don’t want to say it can hurt you, but you’re not the one being talked about,” Nemechek said.

There is a lot of truth in that statement, but Nemechek had been talked about a little bit when he got off to that stronger start than expected driving for Front Row, whose drivers typically finish 25th-30th in the standings.

Nemechek quickly adapting to the Cup cars probably helped him land the KBM ride. KBM wanted a full-time driver who could give good feedback, especially in 2021, when it is likely most events will run without practice and qualifying.

NASCAR went to that format for 2020 during the pandemic, meaning teams had to spend less time at the shop building backup cars (limiting potential for virus spread), bringing fewer people to the race track because there really is no work done on the cars on-site, and also saving money on the cost of tires and travel.

The move also aligns Nemechek with Toyota, which potentially could have one of its biggest Cup rosters in 2022 if 23XI Racing expands as much as co-owners Denny Hamlin and Michael Jordan hope. With Joe Gibbs Racing already at the maximum four teams, if 23XI Racing expands beyond a one-car team in the next few years, that could provide opportunities.

That won’t necessarily mean if Nemechek thrives he’s a lock for one of those. Both the Hamlin-Jordan and JGR teams could attract significant sponsorship, so they likely will take looks at established Cup drivers who are free agents. Harrison Burton and Daniel Hemric both will race in JGR equipment in the Xfinity Series next year and if they win races and compete for championships in that series, they could be competing with Nemechek (if Nemechek wins races and runs well at KBM) for a Toyota-backed Cup ride.

Nemechek said if he did any Cup races in 2021, “it would be highly frowned upon if it wasn’t in a Toyota,” which would limit his options to 23XI Racing or potentially Gaunt Brothers Racing, which has not determined if it will run any races next season.

Whether he needs to show more prowess in Cup to earn another Cup ride obviously remains to be seen. He believes how he performs at KBM will dictate his future.

“I don’t know if me going and running some races and just running OK or mediocre is going to benefit myself,” Nemchek said. “But at the same time, being able to go out and put a full race together, like I did a few times this year [could help].”

NASCAR Goes Worldwide With Pitbull
NASCAR has a new celebrity team owner in the one and only Pitbull. And he's here to make a difference, Bob Pockrass writes.
20 hours ago