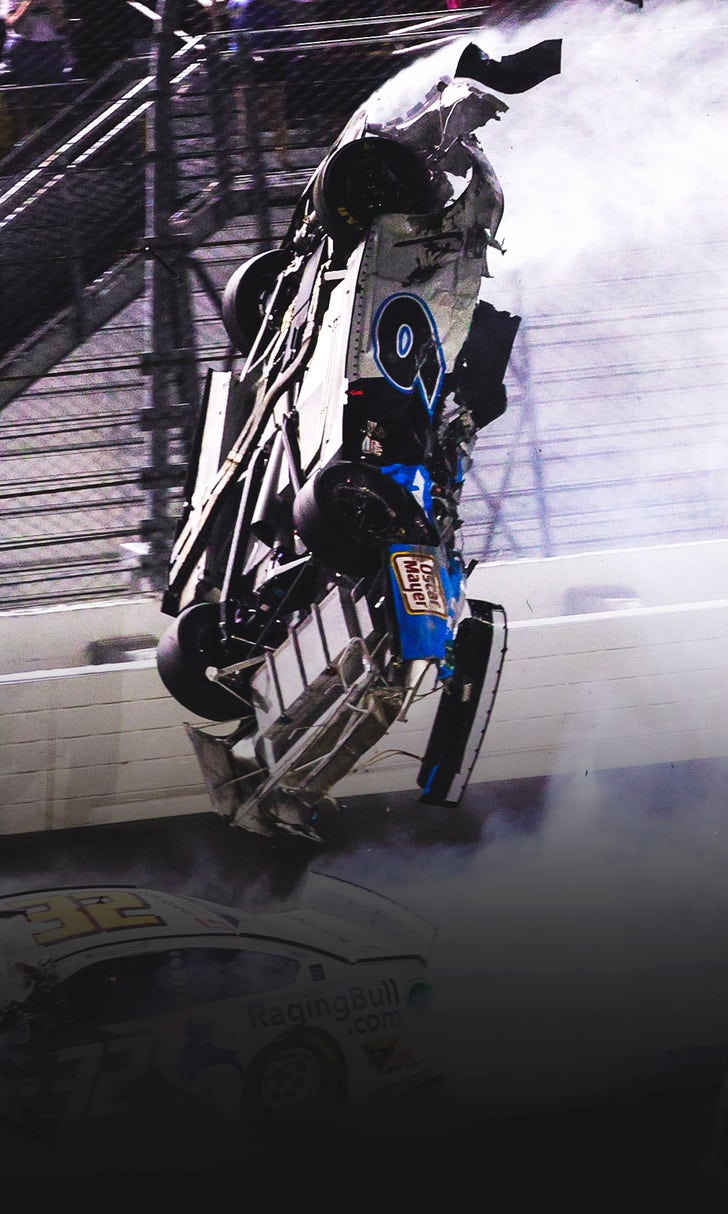 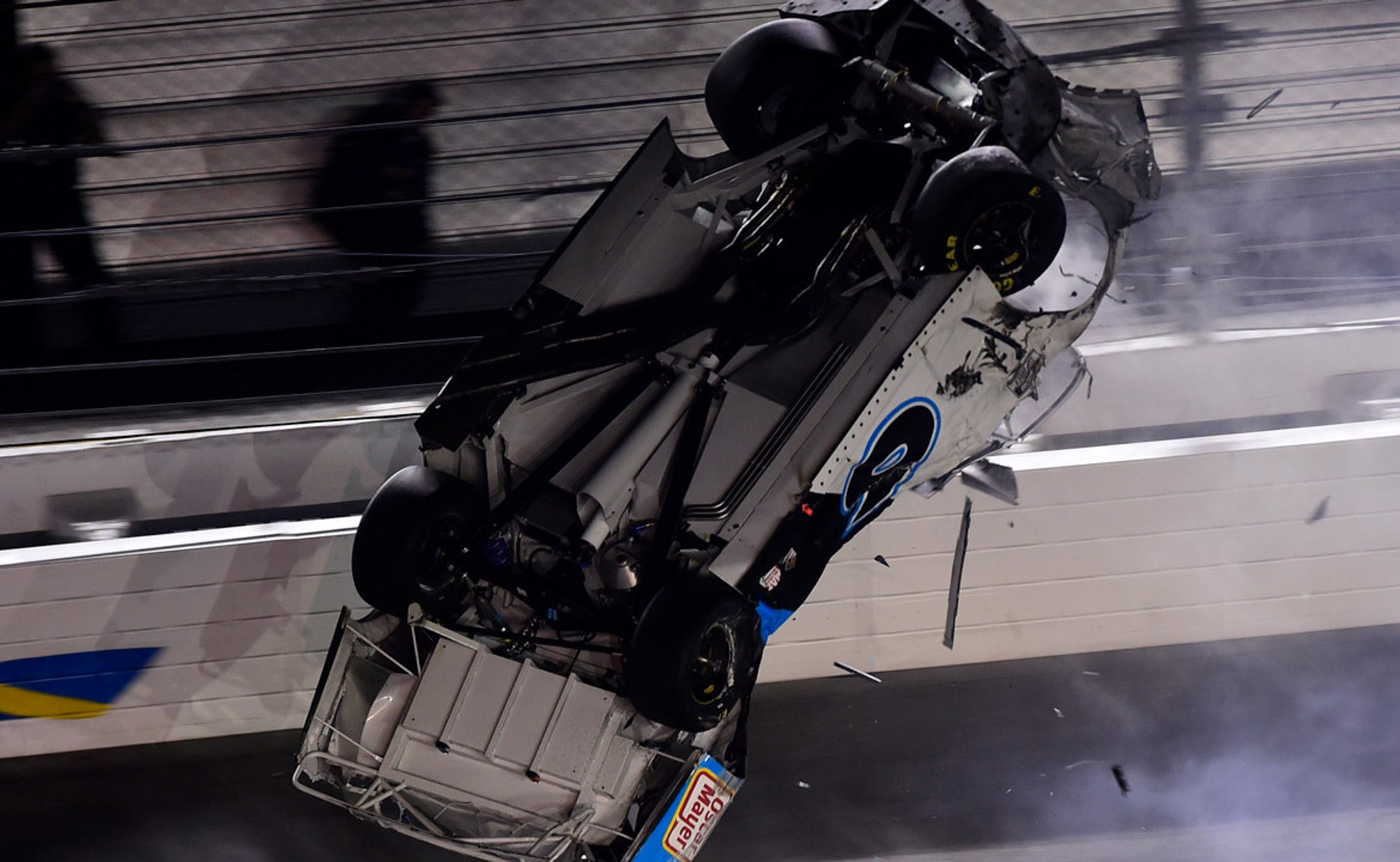 The images are still horrifying: Ryan Newman’s car upside down and Corey LaJoie’s car smashing into the driver’s side door.

Newman suffered a head injury that likely would have kept him out for a month if the coronavirus didn’t suspend the season and delayed his return. And while he avoided the worst, NASCAR will try to avoid a similar situation, knowing that the next time the driver might not be as fortunate.

NASCAR informed teams several weeks ago of new rules, some that are specific to the high-speed, high-banked tri-ovals of Daytona and Talladega.

It is not rare for NASCAR to make changes to the cars after seeing an accident – its engineers can only predict so much what will happen.

“A lot of these things are almost impossible to role play out as we're designing cars.”

Here’s what will be different Sunday when NASCAR Cup Series drivers compete in the Geico 500 than it was for the Daytona 500:

– The holes in the tapered spacer will decrease from 59/64ths of an inch in diameter to 57/64ths of an inch, decreasing horsepower from 550 to 500-510 for Daytona and Talladega.

– Elimination of aero ducts at superspeedway tracks. This will hopefully keep the cars from tandem drafting as much, plus should decrease the speed of the runs drivers get on one another. It also will make it more difficult to block.

– Oil reservoir tank or overflow expansion tank must contain a check valve at all tracks. This will keep oil from dumping out if the car is upside-down, as was seen after Newman’s car came to a stop.

– Updated window net mounting requirements. Newman’s window net was compromised during his accident, and NASCAR saw teams were doing things with the window net to potentially impact the car aerodynamically.

– Slip tape must be applied along the entire length of the lower rearward facing surfaces of the rear bumper cover and extension for Daytona and Talladega. This will decrease the chance of the car getting unstable if there is a push or a bump-draft. Most teams already were using it.

“They’ve worked with the team at Roush Fenway Racing to help devise some new things with the race car – big things like chassis structure, little things like window net safety – commonizing some things to make them safer for everybody,” Newman said.

“We’ve always had a degree of freedom with certain things on the race car. ... One of the things that we learned from my Daytona crash was my window net was secured, but it was not secured correctly to the point that it was still latched, but it was not ready for the next shot, so to speak.”

The Newman wreck was triggered when he tried to block Ryan Blaney coming toward the finish line. Blaney had gotten a great run to the inside of Newman thanks to a push from eventual winner Denny Hamlin.

Last October, drivers hit 204 mph in practice at Talladega. NASCAR expects them to likely be below 200 mph with the decrease in horsepower and the elimination of aero ducts.

“That was something that we talked about with NASCAR -- the runs were gigantic,” Blaney said. “We get hooked up, that made your runs even bigger. I hope the runs aren't as big.

“There's a fine line. You need the draft to work to where you get runs on cars, but not monstrous drafts where it's dangerous to kind of block them and things like that. Hopefully we can find a fair in-between.”

“Slowing the cars down surely should and would help from an aero liftoff standpoint,” said NASCAR Senior Director of Safety Engineering John Patalak. “I would say our findings from the Ryan Newman crash, his liftoff was not due to an aero event but from him getting into the wall.

“The idea there is reducing the speeds of the car, slowing them down. We would expect speeds under the 200 mile‑an‑hour barrier here. So from that standpoint slowing the cars down, keep from having as violent wrecks.”

NASCAR could have slowed down the car with an even bigger spoiler, but Probst said that wasn’t an option.

“The spoiler that we have on there now is as tall as we can get them without putting significant bending moment on the deck lid to the point at which we'd be worried structurally,” he said.

“From that standpoint, getting larger wasn't really a good option. The more direct knob for us to turn to slow the cars down is directly to the horsepower. So we have worked with the engine builders on this front.”

The engine builders are worried that without practice and a different tapered spacer, they might not have perfected the tuning of the engines.

The drivers have had plenty of races without aero ducts – they were just being used during last season to push air through the front of the wheel wells – and also are used to changes in the aero packages for Daytona and Talladega.

“The first stage of the race will definitely be a learning curve for just about all of us,” said former Daytona 500 winner Austin Dillon. “Set-up wise should not be a problem. I hope not.

“But just the way we race and the runs you get, we’ll be learning that first stage.”

Hamlin said he will learn all he needs to know in the opening few laps.

“It will be harder to pass the leader just a little bit because with the leader having those ducts, it really gives him a lot of drag [that now he won’t have],” Hamlin said. "I think the runs won't be quite as big as what we had in the past."

Ricky Stenhouse Jr.’s average Talladega finish of 11.6 is the best among active drivers.

“Martinsville, we embarrassed ourselves. This is one of the most embarrassing races I can remember for the Toyota family. We weren’t ready for the new tire that Goodyear brought to the race track. Our engine drivability was terrible on pit lane, on restarts. ... Where we need to be better is our consistency in how we unload off the haulers across the camp. We have had too many guys that are just dog crap for the first stage and use that time to try to catch up. And that is unacceptable.” — Toyota Racing Development President David Wilson 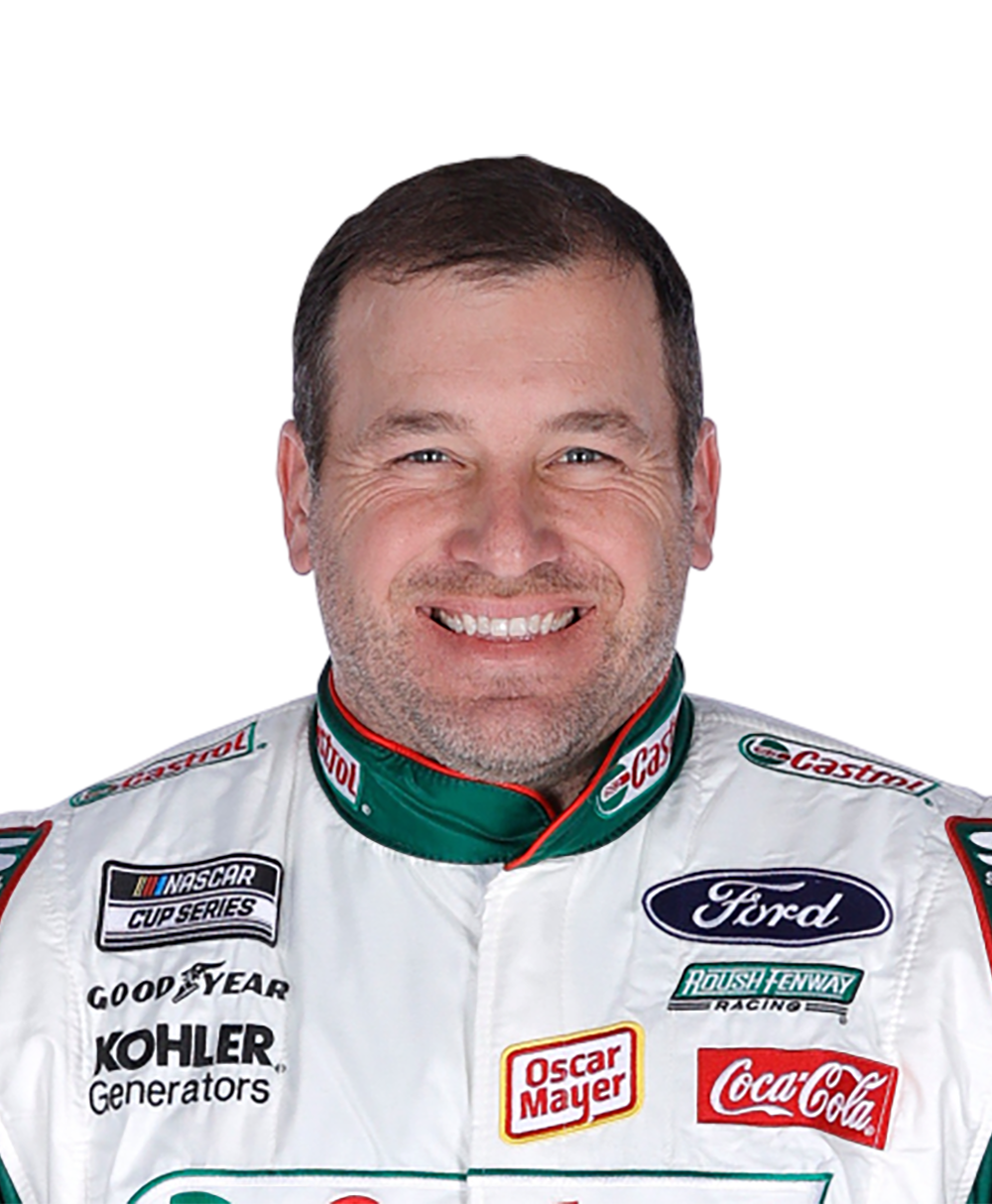