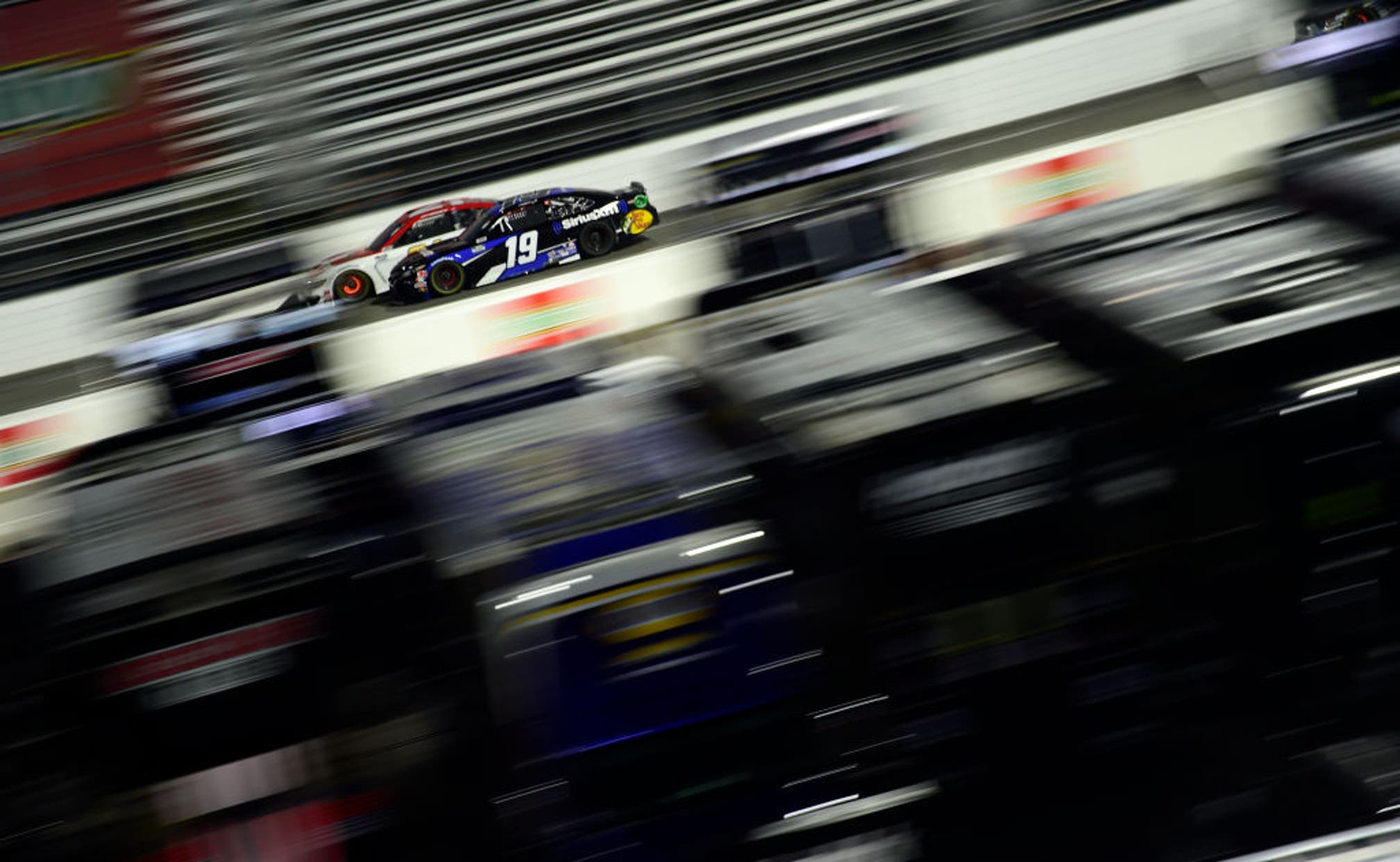 After a lengthy Texas race where the drivers took the green flag Sunday and the checkered flag Wednesday, the playoff drivers have little time to prepare for Martinsville Speedway.

Their cars will be prepared – they have plenty of people in the shop to handle that part – but some things that can’t be done in the shop might not get done prior to the elimination race this Sunday.

Alex Bowman wanted time in the Chevrolet simulator to practice the rhythm needed to race well on that short track. He and Chase Elliott are 25 points behind the cutoff entering the race that will determine the four drivers who will vie for the championship on Nov. 8 at Phoenix Raceway. The four winless drivers in the round and those with the fewest points will be eliminated from championship contention.

“As far as being prepared, I’m not really missing anything, aside from the time I was going to spend in the simulator [Tuesday] afternoon,” Bowman said. “Hopefully we get home and I can get back in it somehow, but those schedules are hard to get and put out way in advance.

“So, I doubt that I’ll get back in it. That’s definitely a bummer.”

Mathematically, Bowman and Elliott can get in on points, as can Martin Truex Jr. (36 points behind), but that would take at least one of the three drivers above the cushion to have an issue.

And those three drivers – Kevin Harvick, Denny Hamlin and Brad Keselowski – are all veterans.

Here’s a look at how the drivers break down entering Martinsville:

Harvick can thank his nine victories this year – and his second at Kansas – for putting him in a solid position. He can clinch with 39 points, so if he earns some stage points, he should be able to advance as long as he avoids any Martinsville calamity.

He has an average finish of 14.9 at Martinsville, and finished 15th there in June.

As long as one of the four drivers outside the cutoff doesn’t win – and that is a significant “if” considering Truex won there in June and in the semifinal race a year ago – they should be good.

In June, Keselowski was third while Hamlin, whose team had a glitch in analyzing the tire data when doing the setup, finished 24th.

Truex has won the last two Martinsville races and has five top-5s in his last six starts there, so he will be looked at as the favorite for Sunday.

“A must‑win at any track, no matter how good you've been there in the past, I think is a challenge,” Truex said. “The last race there that we ran and to lead all the laps that we did, whatever, it's no guarantee.

“We've got to work hard this week to make sure we're prepared. I know the guys have already been doing that. So definitely optimistic. It's a good track for us, but it's a short track and a lot can happen on restarts and things.”

While Elliott hasn’t won at Martinsville, it is one of his best tracks, with three top-5s and five top-10s in 10 starts – including a runner-up finish in March 2019 and a fifth in June. He seems ready for a true breakout championship-type moment. Maybe Sunday will be the day.

“I’m not even going to look at the points,” Elliott said. “It really doesn’t matter. If you can’t win races and win them consistently in the series, then you’re not going to the championship anyway.

“We need to go there with the mindset of trying to win.”

Since joining Hendrick, Bowman has finishes of seventh, 17th, 14th, 30th and sixth at Martinsville. He has never led a lap at the track. He has only finished top-10 in a stage once in five races.

In other words, he’s going to need a career performance at Martinsville.

“We need to go there and win ... and that’s a place where I feel like I have some things to learn,” Bowman said. “Our short-track program has been improving a bunch but is still a little short.”

Kurt Busch’s win at Las Vegas vaulted him into the semifinal round, but he will need a lot of things to go right.

He has an average finish of 20.1 at Martinsville. He was ninth in June.

“It’s not one of my best tracks, but the Ganassi cars, since I’ve been driving for them, have been better on my results,” Busch said. “We’ll see how it plays out.

“We’ll be elbows out, not afraid to rub.”

The Texas red flag for rain of 72 hours, 28 minutes and 35 seconds was a modern-day record.

“On my way into Victory Lane, I said, ‘I'm done, I'm good for the year, I'm retiring. I don't need to go next week or the week after, I'll just sit home.’ That’s how much relief it felt like it was.” – Kyle Busch after getting his first victory of the season