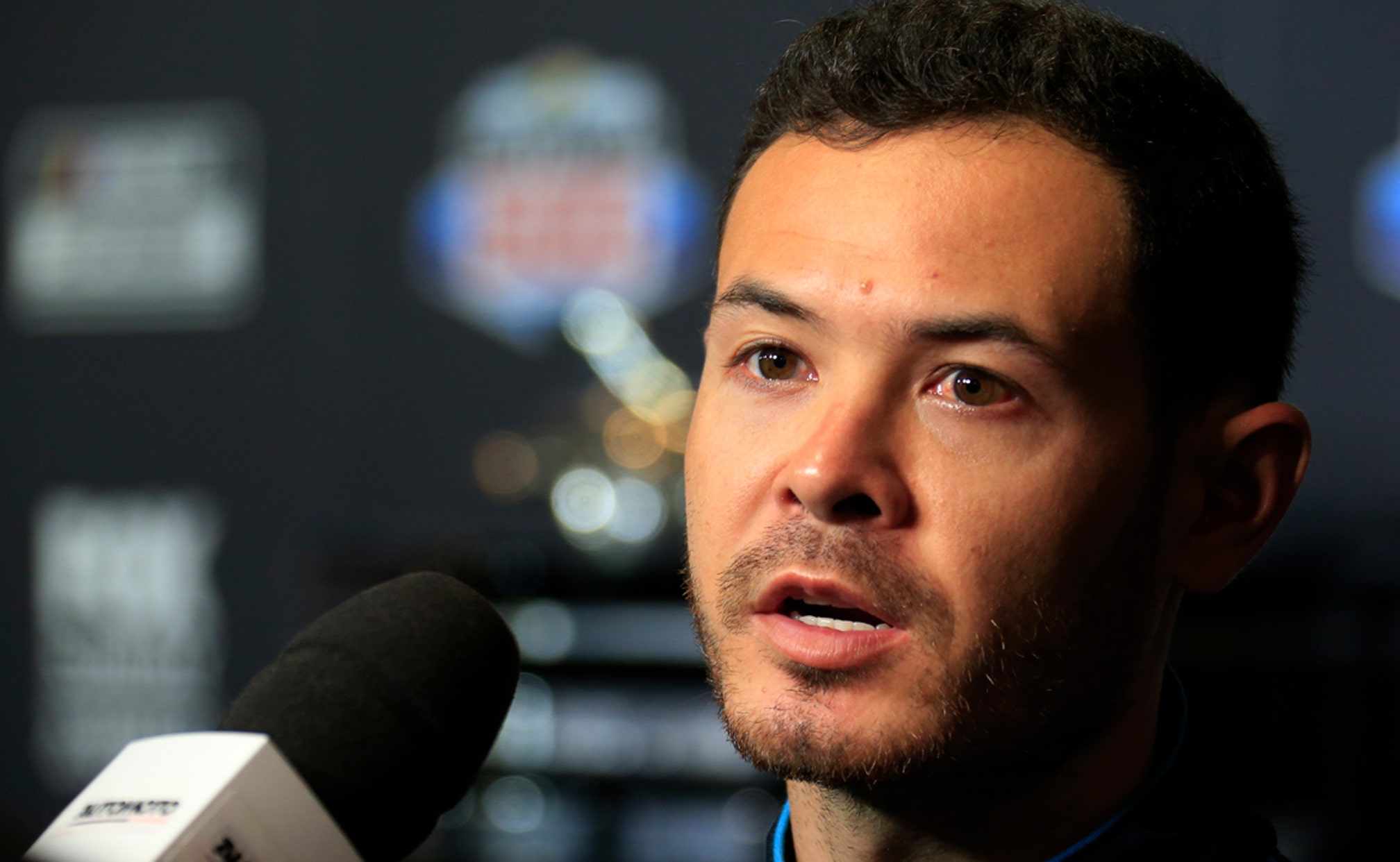 Kyle Larson can return to NASCAR next season, and while he will find his racing job similar to what he had at the start of 2020, life will be different for him.

There will be those who believe Larson’s suspension, which lasted more than six months for using a racial slur April 12 during an online racing event, was sufficient. And some of those will hope the topic is not discussed again.

But Larson will have to discuss the incident again. And again. And again. As part of his reinstatement, he will be required to continue speaking engagements and education sessions through NASCAR’s Drive for Diversity program and the Ross Initiative in Sports for Equality (RISE).

The slur – which Larson uttered in what he thought was a private chat room – is a sad, painful and disgusting part of his history that can’t, and shouldn’t, be erased. But his use of the slur typically isn’t an act that gets a professional athlete barred for life, as we've seen in other sports, such as when Philadelphia Eagles wide receiver Riley Cooper was filmed in 2013 using the racial slur during an argument at a concert but was not suspended by the NFL.

So NASCAR announced Monday that Larson was reinstated and eligible for competition, beginning Jan. 1, 2021.

"NASCAR continues to prioritize diversity and inclusion across our sport," NASCAR said in a statement. "Kyle Larson has fulfilled the requirements set by NASCAR, and has taken several voluntary measures, to better educate himself so that he can use his platform to help bridge the divide in our country."

Larson posted an essay earlier this month on his website and detailed trips to the Urban Youth Racing School and George Floyd’s memorial in Minneapolis and visits with Black athletes and corporate executives.

"I’m truly grateful to everyone at NASCAR and appreciative of their process," Larson said in a statement Monday. "The work I've done over the last six months has had a major impact on me.

"I will make the most of this opportunity and look forward to the future."

Larson’s contract was up at Chip Ganasssi Racing after this season, and it appeared he would move on after 2020 – while Ganassi had groomed him for the Cup Series, he had only six wins in 223 starts.

SHR co-owner Tony Stewart obviously would have loved to have a driver who loves racing sprint cars race for him, and it seemed Larson’s best fit would be at SHR. But Ford is a major player with SHR, one of its biggest investments, and with Ford having groomed Chase Briscoe, the manufacturer likely is content that the Xfinity Series championship favorite will be the driver to fill the SHR opening in the No. 14 car.

JGR had no room for Larson after Leavine Family Racing decided to sell its team, resulting in Christopher Bell replacing Erik Jones in the JGR stable.

That leaves Hendrick Motorsports, which appears to have the OK from Chevrolet for Larson to race for the team in 2021. "Chevrolet fully supports NASCAR’s efforts to provide an inclusive environment for all race fans," a Chevrolet spokesperson said in a statement. "Since Kyle Larson has met the criteria set forth for his return to the series, we support NASCAR’s decision."

Hendrick has not announced a driver for its current opening resulting from Jimmie Johnson’s retirement from full-time Cup racing. (Hendrick driver Alex Bowman is moving into Johnson’s No. 48 car, but HMS still needs a fourth driver.) Hendrick typically frowns on its drivers moonlighting in sprint cars, and if Larson can’t race at dirt tracks across the country as he has this year stockpiling trophies, both he and his fans likely will be disappointed.

Larson has unfinished business in NASCAR, however, the one form of racing that he hasn’t been able to dominate. Hendrick would provide him with another opportunity to see what he can do in stock cars and championship-caliber resources.

Larson certainly faces challenges. He can expect that all his actions will be scrutinized. He has hired people to help him navigate his return, and Hendrick would be a place that would help in that process.

He knows people won’t forget why he missed most of the 2020 season. Every accomplishment he earns on the track will include mention of his past in national media, a way to inform non-race fans of his story.

The announcement Monday by NASCAR is another step toward his return. But it is not the end of Larson’s work, both on and off the track.

It's Beshore for Busch
As unforeseen as it might have been, Kyle Busch will have a new crew chief for the 2021 season. Bob Pockrass breaks it down.
18 hours ago