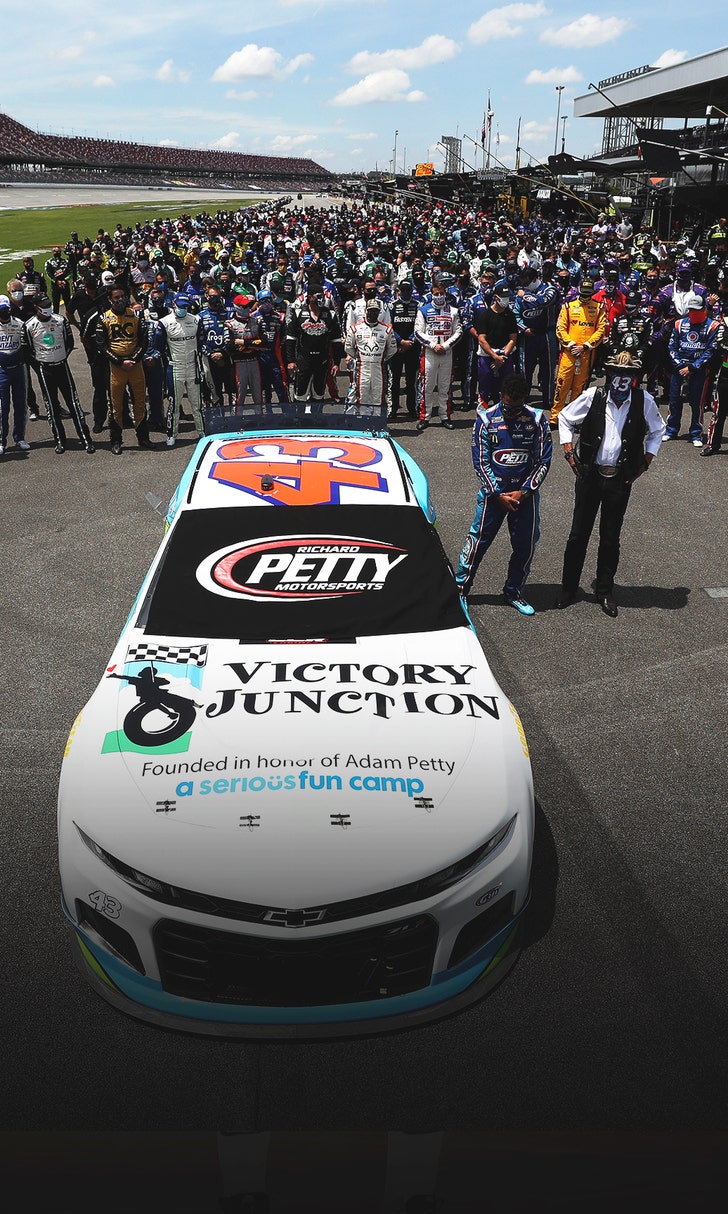 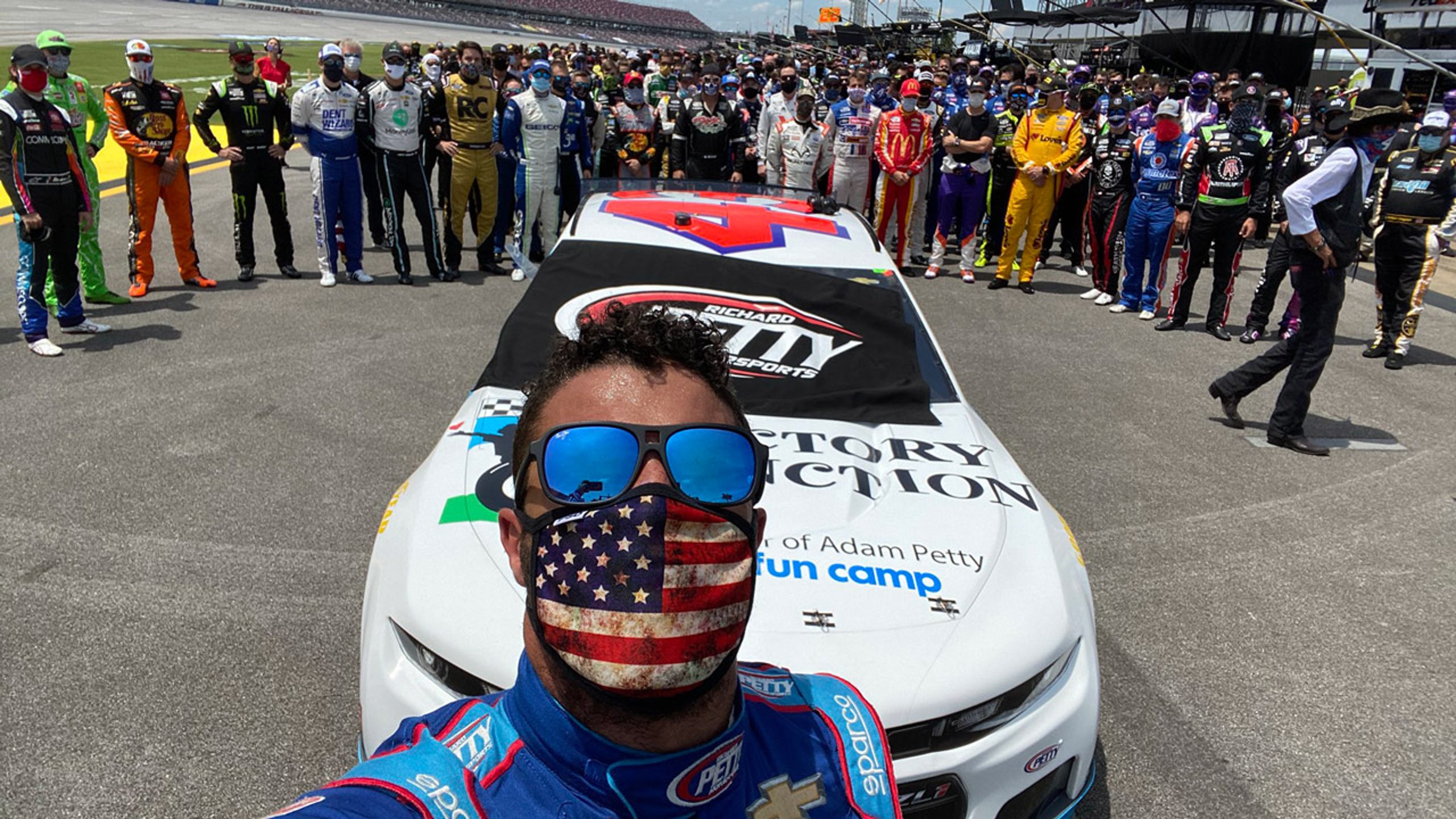 NASCAR stood with Bubba Wallace Monday after the discovery of a noose in the garage stall of the Cup Series' only Black full-time driver. And the day ended with Wallace delivering a powerful message of his own.

The show of support at Talladega started before the race, with the message "#IStandWithBubba" painted on the infield grass.

At 2:30 p.m. ET, about 30 minutes before Monday's Geico 500 (which had been postponed from Sunday due to rain), drivers gathered around Wallace's car.

Then, in an incredible, must-see moment, the mass of drivers, crew members, and everyone from the entire garage helped push the No. 43 to the front:

When Wallace climbed out of the vehicle, he was embraced by team owner Richard Petty, who was at the track for the first time since the COVID-19 outbreak in order to support his driver.

Before the green flag, seven-time Cup Series champion Jimmie Johnson said that the drivers' message was simple — they were standing behind their friend.

Once the drivers started their engines, Wallace and his crew shared a touching pep talk:

As fans voiced their encouragement for Wallace, too.

Wallace didn't make much noise in the first two stages of Monday's race, but he charged to the lead with fewer than 30 laps to go, before fuel issues forced him to fall back. He would finish 14th.

As for those fuel issues? Wallace in fact ran out of gas on the final caution of regulation, but Corey LaJoie wasn't going to leave the No. 43 hanging.

After the race, Wallace went and celebrated with a group of first-time Black fans who wore "Black Lives Matter" shirts. He then spoke into the camera, aimed at whoever left the noose in his garage stall, said that he's proud to carry the burden, and apologized for not wearing a mask — because he wanted to show that you can't take away his smile.

The show of support follows an absolutely heinous act. Late Sunday evening, NASCAR announced a noose had been discovered in Wallace's garage stall, and launched an immediate investigation.

Monday, NASCAR President Steve Phelps told reporters the FBI is involved in the investigation, and any perpetrator or perpetrators will be banned from the sport, no matter who they are:

“We’re going to use every effort we can to determine who has done this, whether it’s a single person or multiple people,” Phelps said. “The director of the FBI has informed the Birmingham office to find it as well. So all the resources available to NASCAR, the FBI, the teams and all the drivers and anyone who would have any access to this have said, ‘Hey, we want to make sure that we figure out who has done this vile act.’"

For the latest on the situation, including the timeline of events leading up to Sunday, click here.

How To Win $10,000 At Daytona Road Race
The good times are still rolling in Daytona, with another checkered flag – and a shot at $10,000 – up for grabs this weekend.
5 days ago
those were the latest stories
Want to see more?
View All Stories
Fox Sports™ and © 2021 Fox Media LLC and Fox Sports Interactive Media, LLC. All rights reserved. Use of this website (including any and all parts and components) constitutes your acceptance of these Terms of Use and Updated Privacy Policy. Advertising Choices. Do Not Sell my Personal Info