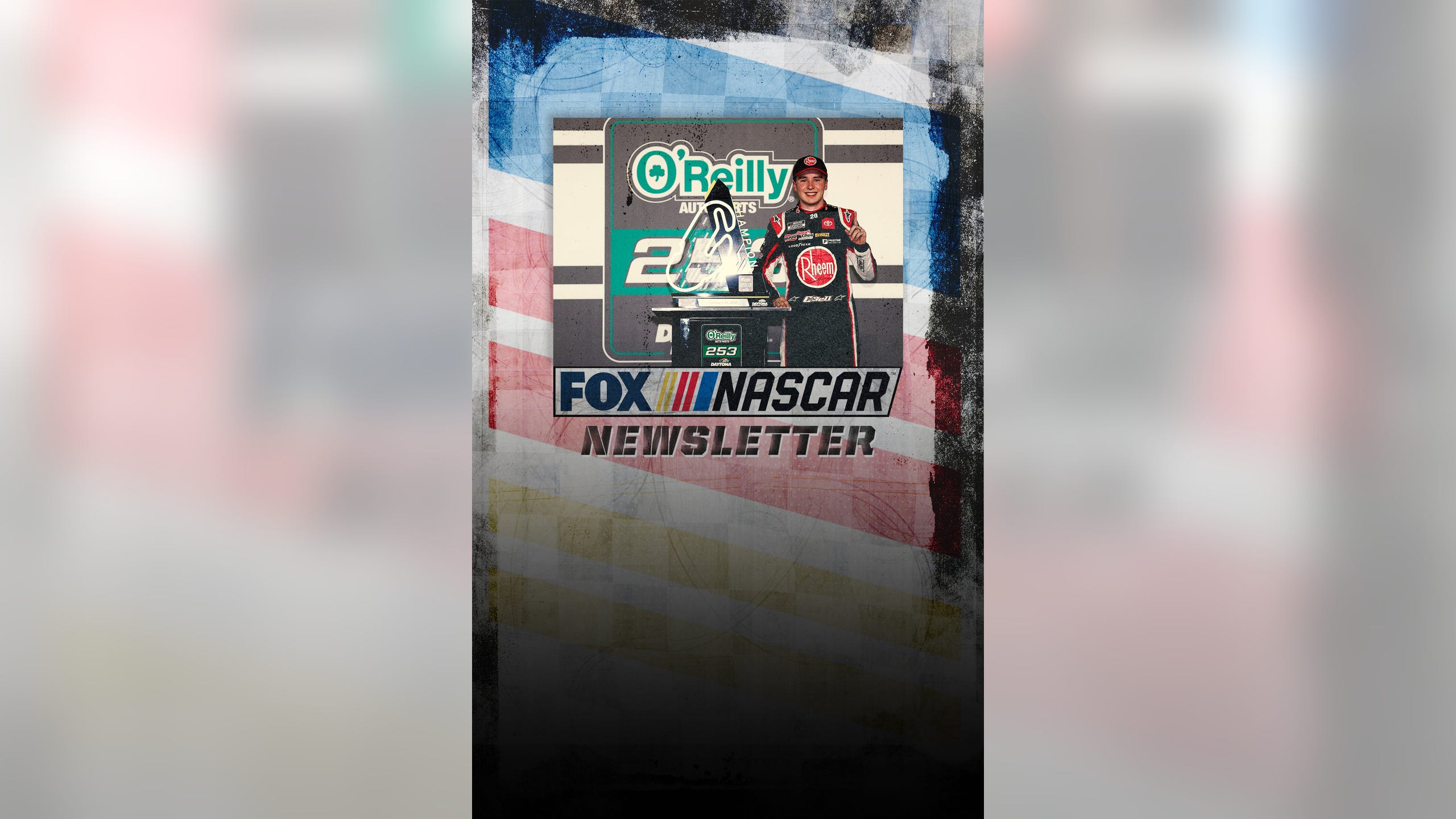 Christopher Bell proves to himself he can compete with Sunday's win

He might not show it as outwardly as Kyle Busch, but his mannerisms and his short explanations when he loses indicate that he might be one of those guys who hates to lose more than he loves to win.

His joy and relief Sunday, when he earned his first NASCAR Cup Series victory, equaled a mixture of elation in reaching a pinnacle moment in his career and the knowledge that he put behind him a 2020 in which he barely won anything.

Bell didn’t win at all as a rookie in Cup in 2020, and that was a little hard for him to stomach after winning a combined 15 times in the Xfinity Series the previous two years. He finished 20th in points for Joe Gibbs Racing affiliate Leavine Family Racing.

"This was one of the happiest moments I’ve had in a very long time," the 26-year-old Bell said after winning on the Daytona International Speedway road course. "2020 was one of the hardest seasons I’ve ever had in my racing career.

"I think I won a race at the Chili Bowl [in a midget sprint car] on my prelim night, and that was it for the rest of the year. That’s up against the Cup guys and the dirt side."

JGR booted Erik Jones from his ride to make Bell part of the main JGR stable. When a driver gets fired at JGR, the replacement better win.

Bell replaced Jones for a reason: Toyota and JGR have invested several years in Bell’s development, and many view him as a potential superstar. He isn’t flashy, but he’s a driver who loves to race and has often said that if he made his living racing in any series, he would be a happy person.

That Bell competes at one of the highest levels of motorsports just adds pressure and fuels his desire even more.

"I knew going to Joe Gibbs Racing that this is my time," Bell said. "I’m either going to put up or shut up."

With the win, Bell’s team can focus on working toward the playoffs, and Bell can have the confidence that wins on the Cup side could come.

"You start doubting yourself," Bell said. "You’re wondering if you can do this, if you’re capable of it.

"Last year ... we had glimpses of being fast. It just didn’t come together last year.

"Man, I’m glad it came together this year."

Bell isn’t one to make excuses, but last year was rough for him when NASCAR went to no practice or qualifying for most events amid the pandemic. For a rookie with no Cup experience, he learned throughout races and knew if he could just get back out there, he could improve on his performance.

"It was a lot to overcome," team owner Joe Gibbs said. "He did show speed at a number of race tracks there. ... To have Christopher already in the playoffs, it’s a big deal for us, for sure. It’s hard to do — put it that way."

The 2021 season didn’t start out great for Bell, as he caused the big wreck early in the Daytona 500. He put that behind him – like all good racers do because there’s not much a driver can do post-mistake – with the victory Sunday in the season’s second race.

"That’s speedway racing [last week], you know?" Bell said. "That’s the name of the game. You go out there, and you’re in a pack, you’re at the mercy of the cars around you. I mean, if one guy wrecks, then the whole field is in it."

This victory Sunday wasn’t just a monumental moment for Bell. His crew chief, Adam Stevens, had spent a rough previous 58 races with driver Kyle Busch, having won just two (albeit the 2019 finale to capture the title), and Busch opted for a change following last season.

"It's a complete new over-the-wall group. They had phenomenal pit stops today. [We have a] new car chief, we're all learning each other. Everyone is doing such a good job with such a good attitude. That's what feels good to me."

For Stevens, the victory gave him the confidence that what he thinks is a winning formula will work with Bell.

"It’s certainly less about me," Stevens said. "It always feels good to win. It's nice to be reminded we're doing the right things and we're doing them the right way, to get that reminder very early in the season."

About the only thing Bell might regret about his win? He didn’t do a big celebratory burnout. NASCAR requires teams to run 16 of the 36 races with a previously used engine. That means that virtually every engine must run in two events.

As he drove around the track after taking the checkered flag Sunday, Bell seemed flabbergasted that he was told not to do a burnout because the engine needed to run another race. The team did get approval for him to do a burnout, but he didn’t get the message.

"This engine is on the schedule to rerun again," Stevens said. "That's what the sheet said. That's what I [told him].

"Christopher, like you would expect, he listened to what his crew chief said, and he didn't do it. I felt bad, but that's what the sheet said."

Bell will get over it.

Just contemplating whether to do a burnout probably felt good enough, considering what Bell went through over the past year.

"2020 was a really, really low point for me," Bell said. "Just to come back in ’21 and be able to win in the Cup Series this early on the road course is something I’m going to cherish for the rest of my life.

"I can’t wait to see what we can do on the ovals and build on this."

Chase Elliott fans have awesome passion. But they shouldn’t be upset that NASCAR threw the caution for rain and that Elliott didn’t win.

NASCAR thought the track was wet enough that it should give drivers a chance to go to rain tires, though no one did, as the rain quickly stopped. But who’s to say there wouldn’t have been another caution?

The fact is a driver who pitted for tires – Bell – won the race. Elliott had the same opportunity Bell did, and Bell executed better. That happens. Things don’t always go a driver’s way. As Elliott said, "too many mistakes."

There will be better days, but there is no one to blame for this one; just credit Bell for doing what he needed to do to win.

How To Win $10,000 At Daytona Road Race
The good times are still rolling in Daytona, with another checkered flag – and a shot at $10,000 – up for grabs this weekend.
February 21

Gibbs Wins Xfinity Debut
Ty Gibbs, the grandson of former WFT coach and JGR owner Joe Gibbs, made a splash Saturday in his Xfinity debut, Bob Pockrass writes.
February 20
those were the latest stories
Want to see more?
View All Stories
Fox Sports™ and © 2021 Fox Media LLC and Fox Sports Interactive Media, LLC. All rights reserved. Use of this website (including any and all parts and components) constitutes your acceptance of these Terms of Use and Updated Privacy Policy. Advertising Choices. Do Not Sell my Personal Info