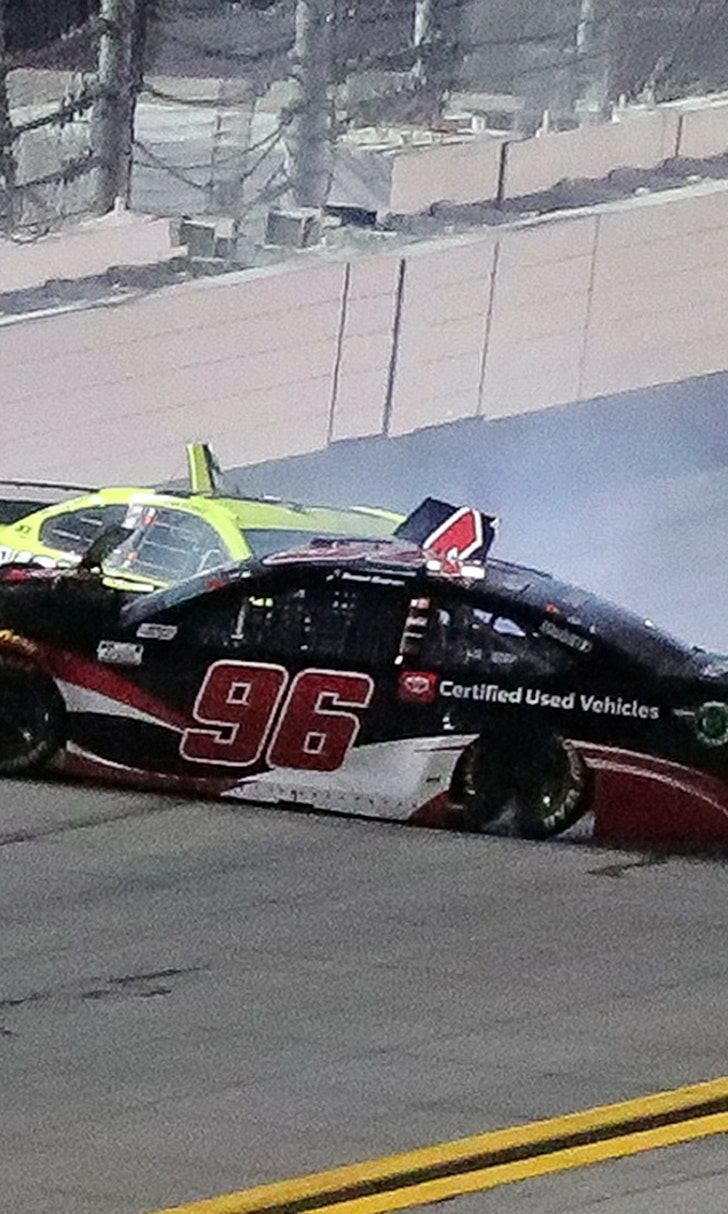 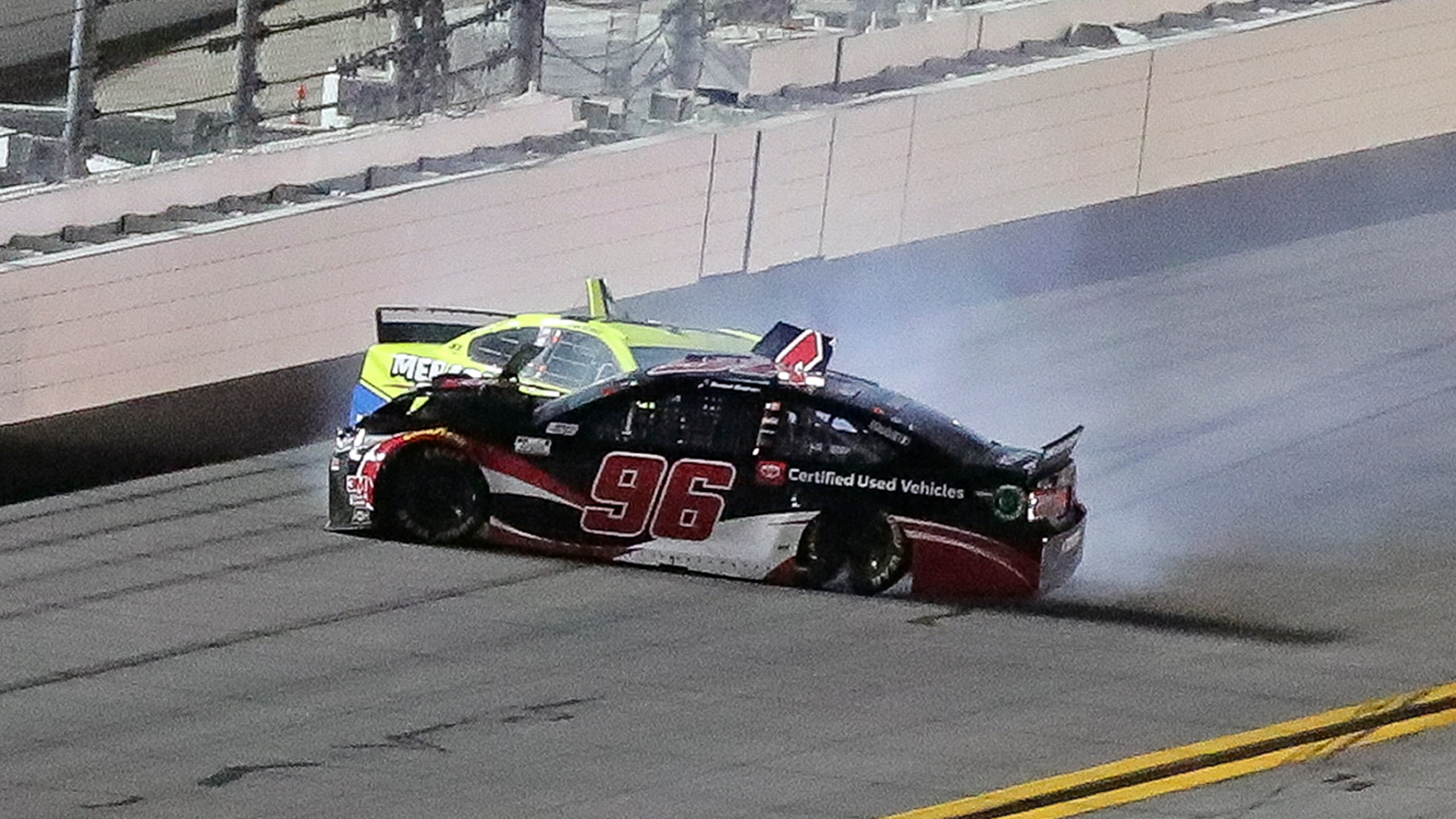 DAYTONA BEACH, Fla. (AP) — Daniel Suarez needed to race his way into the Daytona 500. He ended up wrecking out.

Suarez's No. 96 Toyota got sandwiched between a pair of Fords headed to pit road midway through the first of two qualifying races Thursday night. Suarez got hit by Ryan Blaney and slid through the wet infield grass at Daytona International Speedway, tearing up his race car and ending his chance of making “The Great American Race.”

“It's very extremely frustrating, honestly," Suarez said, fighting back tears. "All I want to do is go home. A lot of frustration, brokenhearted because I've been working my ass off to try to make this happen and it doesn't work.”

The fledgling team doesn't have a NASCAR charter, which guarantees 36 of the 40 starting spots every week, and arrived at Daytona knowing Suarez had to race his way into the season opener. Making the challenge more daunting, the team was short an engineer and a mechanic and didn't have any simulator time.

“We did the best we could with the time that we had," Suarez said.

Having a charter is key at Daytona, where more cars than usual enter the race in hopes of getting a piece of the series' largest purse. Suarez said Gaunt was in the market to buy one, but none were on the market.

Still, Suarez liked his chances of making the race. He only needed to beat Reed Sorenson and Chad Finchum in the 150-mile qualifier to land a coveted spot in the 500. Sorenson ended up earning the berth.

Suarez and his spotter blamed the crash on a lack of clear communication between Team Penske teammates Blaney and Brad Keselowski. Suarez was following Keselowski, who put his hand out the window to signal he was pitting. Suarez said he moved to the right to pass Keselowski, but Blaney “didn't give me enough room.”

“All those last calls, secret calls, whatever they want to call it, they just ... it doesn't work,” he said.

Blaney shouldered the blame for the wreck, which caused enough damage to his car that the team will switch to a backup before the 500.

“We got lucky," Blaney said. "We should have never been in that spot in the first place. It was just an error on my part and kind of a little lack of communication that didn’t end well.”

Daytona Jumpstart
Michael McDowell turned his remarkable and unexpected Daytona 500 win into a new sponsorship deal with CarParts.com.
5 days ago
those were the latest stories
Want to see more?
View All Stories
Fox Sports™ and © 2021 Fox Media LLC and Fox Sports Interactive Media, LLC. All rights reserved. Use of this website (including any and all parts and components) constitutes your acceptance of these Terms of Use and Updated Privacy Policy. Advertising Choices. Do Not Sell my Personal Info