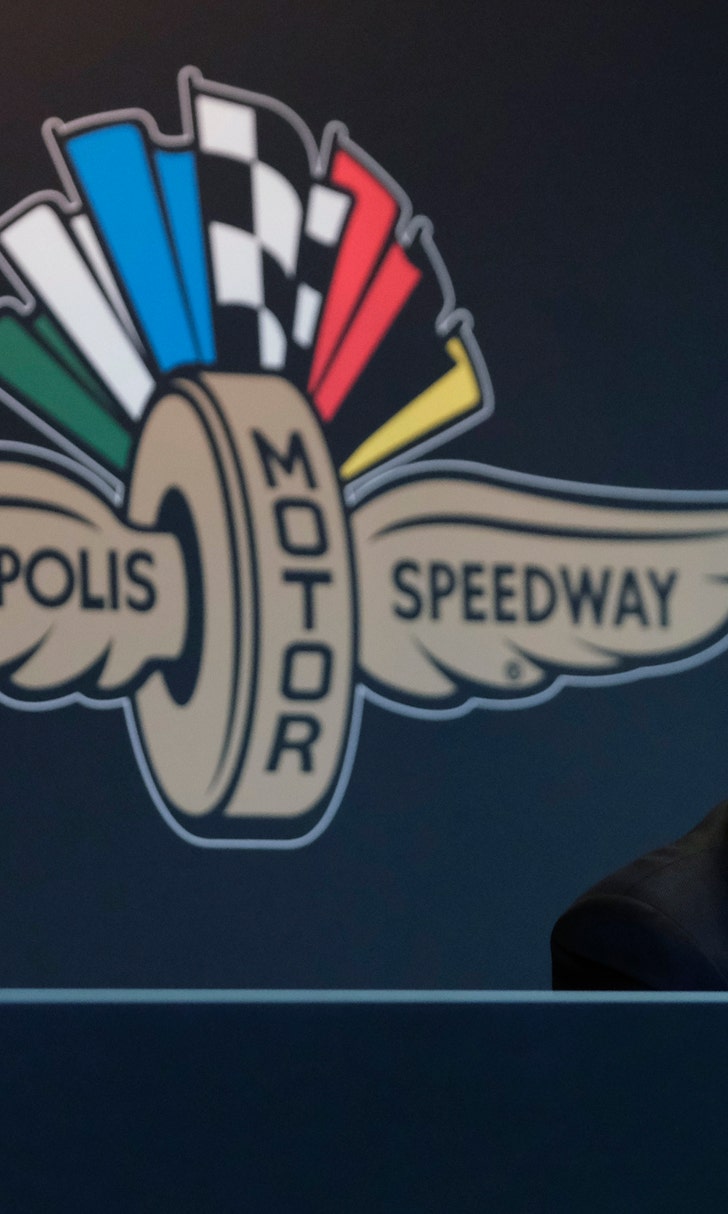 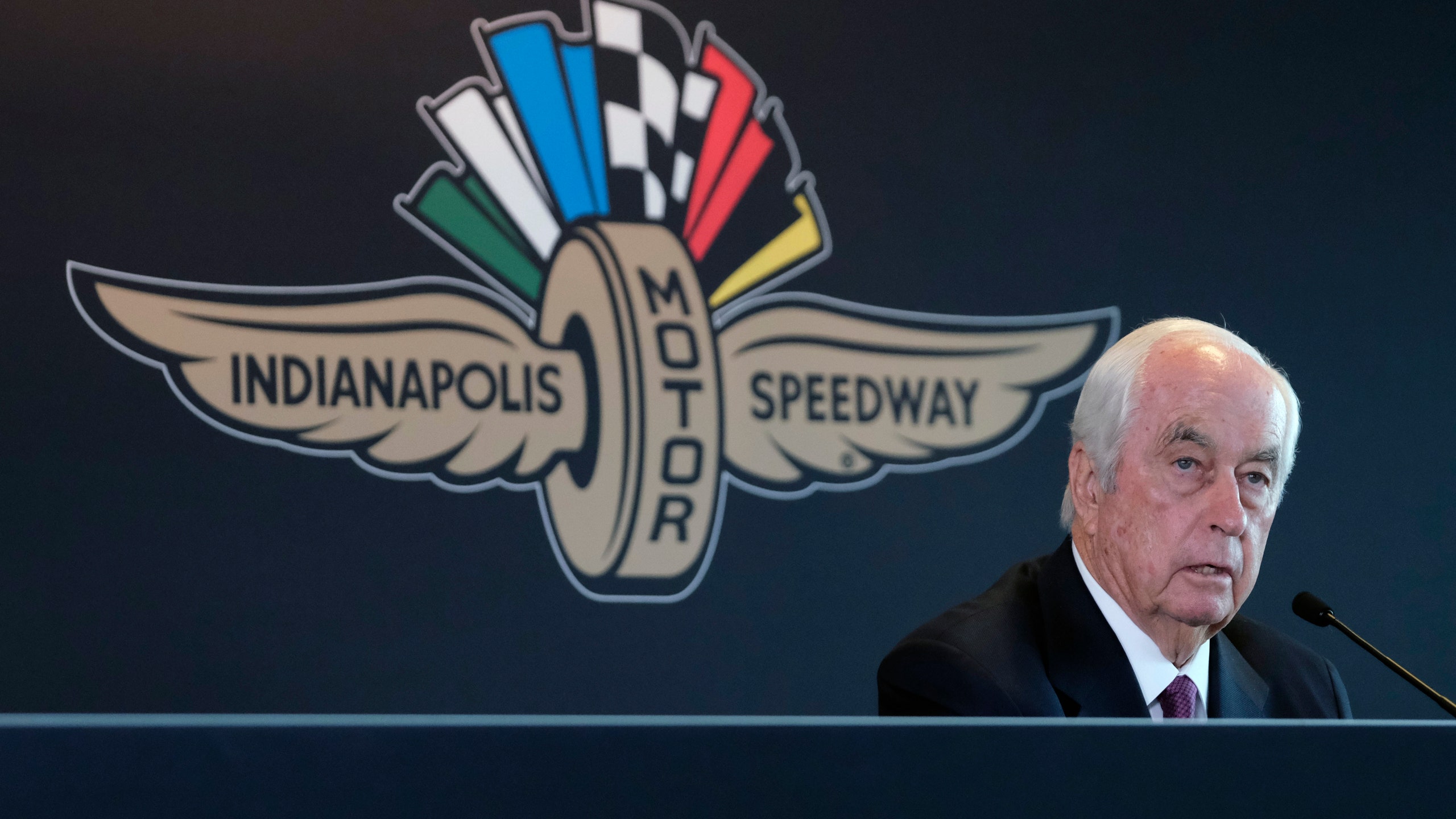 The automobile industry. Transportation. Trucking. Sales. Community improvement. Promotions. That takes up almost all of his time.

And, of course, racing.

A man with a rich career that is woven through America's fabric — last month he received the Presidential Medal of Freedom from President Donald Trump — Penske is celebrating what is probably the crowning achievement of his 82 years: the acquisition of Indianapolis Motor Speedway.

This year is already on track to be one of the best ever for Penske.

His teams won the Indianapolis 500, the IndyCar championship, the IMSA sports car championship, the V8 Supercars championship, and he has been honored three different times this year by Trump at the White House. On Sunday at ISM Raceway, he will watch as NASCAR champion Joey Logano and Ryan Blaney each try to earn slots in next week's title-deciding finale.

But Monday's jaw-dropping announcement that he had purchased the national landmark speedway in Indianapolis and most of its assets from the family that had owned it for 74 years has given Penske a new legacy. He needed just six weeks to complete the deal, starting the process to become just the fourth owner of Indy in its 110 years the day after Tony George approached him on the pre-race grid at the Sept. 22 IndyCar finale.

The speedway was for sale, George told Penske, and, well, Penske is really the only one who could be entrusted to protect the 2.5-mile palace and its iconic Indianapolis 500.

"He's the Warren Buffet of the automobile industry," said rival team owner Chip Ganassi. "He's the right person for this."

Penske's purchase warded off the potential of a corporation or group of investors snagging the speedway and trampling over the tradition that looms large on the corner of 16th Street and Georgetown Road. He made it emotionally easier for George to part with the property his grandfather Tony Hulman had restored after World War II because he knows "The Captain" and his ironclad corporation will only protect the property.

Penske said George wanted to know if Penske was "even a possibility" as a potential buyer but didn't even need to make an official pitch in the first meeting between Penske, George and Hulman & Company head Mark Miles.

"My stomach was going 100 miles an hour at that point and I was thinking 'How can we do this, we need to do this if this makes sense,'" Penske said. "From that point we never put our pencils down, maybe it took six weeks, and that's how we do business. These things that linger, linger, linger put a concern on the people that work here already, and the fact is we know these people and we aren't just a lightning rod that showed up one day."

The deal, believed to have cost Penske about $300 million, is expected to close in January. But he already has walked the property, met with the existing management teams and started looking ahead to May's Indianapolis 500, a race Penske has won a record 18 times.

He credits his success to the way he was raised by his parents, who groomed Penske to be a titan. He spent three childhood summers at Culver Military Academy, where young boys gathered for eight weeks at a time to learn about leadership, teamwork, integrity and accountability.

His standards have been almost militant since and his work ethic relentless. He and "The Committee" of executives who surround him are always draped in crisp white shirts and pressed black slacks at the race track. The Penske work areas are immaculate and literally no detail goes ignored. Penske has been known to oversee the placement of a sponsor decal on a race car. The beverages in his hospitality coolers are lined up identical with labels out. Everything is "Penske Perfect" at all times.

Business casual doesn't exist at Penske Corp., and the sitcom "Seinfeld" was absolutely accurate in its running gag about a person being "Penske Material." His 64,000 employees are extremely loyal, understand the Penske mantra "effort equals results" and strive to meet his standard of excellence.

"Just the way you dress is such a big deal to what Team Penske is all about," Logano said. "He is not slowing down at all. Most people in his position might just say, 'Hey, I've got a great company' and just ride it out because he's already established. But he is always looking to better himself."

Blaney likened his boss to Yoda, the wise and powerful Jedi master from "Star Wars," and cited a 2015 discussion with Penske after Blaney had given away the 2015 Xfinity Series win at Indy to Kyle Busch and was immensely disappointed to have failed his team owner.

"He likes to text, he texts me a lot and so I got the lead from Kyle with like 25 to go and I messed up off of (turn) 2 and gave the win to Kyle. I was thinking 'Oh my God, I lost a race at Indy for Roger, that's so embarrassing,'" Blaney said. "And he texted me to come to his bus the next day. And I was so scared. This was just a couple years of me into driving for him, and I was certain I was going to get fired and it was terrible and my career was over.

"But he sat me down and he was very reassuring, helped get my confidence back up and told me 'We all make mistakes, but it's how you learn from those mistakes and grow from them that is important.' It was something really special, for him to dig me out of that hole, something I will never forget."

George and the Hulman family won't ever forget what Penske did in stepping up and claiming stewardship of their family heirloom. George struggled several times with his emotions during the news conference Monday to announce the sale and has declined further interviews.

"It's obviously emotional, emotionally difficult, hence the choking up. We all love it, and we all care deeply for it. I think we all realize that as a family and as an organization, we probably had taken it as far as we can," George said. "I think that Roger, his structure, his resources, his capabilities that he demonstrates is only going to take this to another level.

"We're supporting that — elevating this asset and staking a new claim on its future. We, with emotion, are happy to be here today."

Early Playoff Pressure
Surprise early winners have some wondering whether it will be harder than ever to make the playoffs on points, Bob Pockrass writes..
20 hours ago

Finally, Happiness For Bell
A winless 2020 was hell for Christopher Bell. But his first Cup Series win has all but erased last season, Bob Pockrass writes.
3 days ago

How To Win $10,000 At Daytona Road Race
The good times are still rolling in Daytona, with another checkered flag – and a shot at $10,000 – up for grabs this weekend.
4 days ago
those were the latest stories
Want to see more?
View All Stories
Fox Sports™ and © 2021 Fox Media LLC and Fox Sports Interactive Media, LLC. All rights reserved. Use of this website (including any and all parts and components) constitutes your acceptance of these Terms of Use and Updated Privacy Policy. Advertising Choices. Do Not Sell my Personal Info