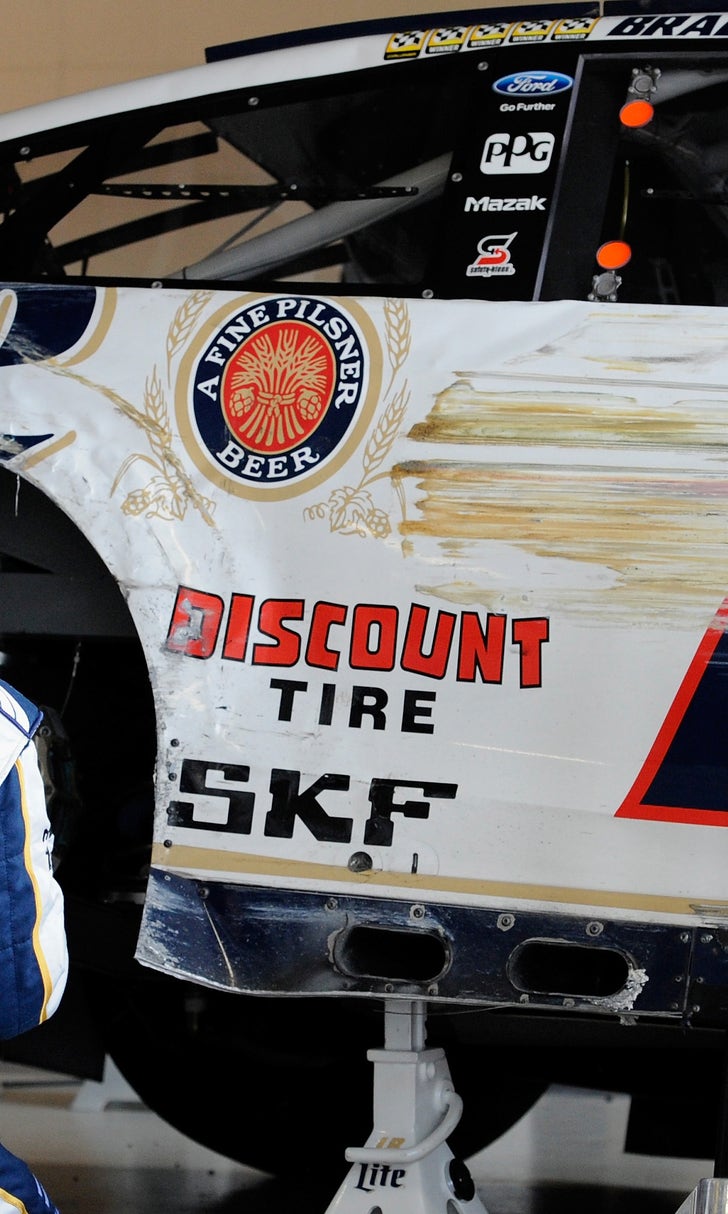 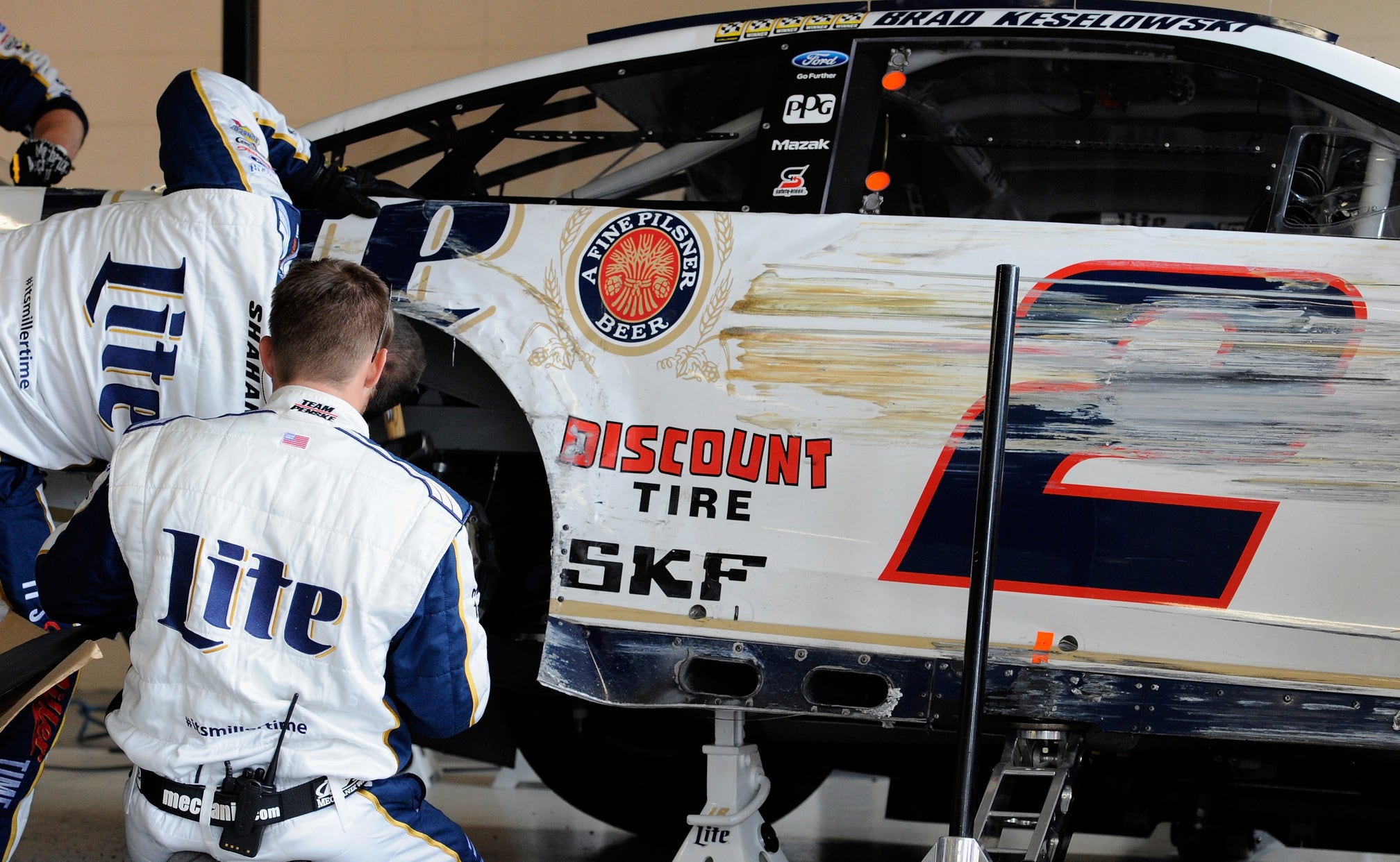 Is Goodyear to blame for Kansas Speedway tire debacle? 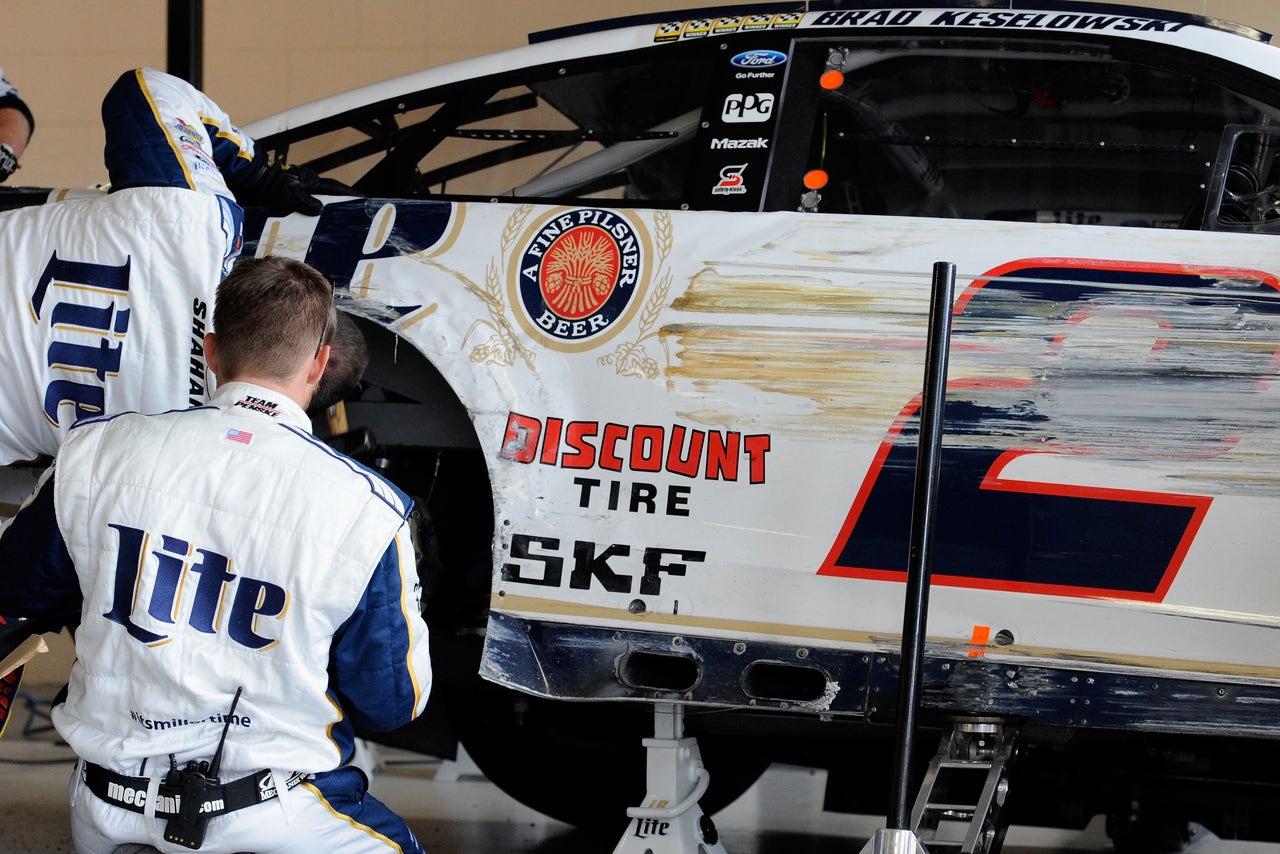 It's impossible to be perfect, to always get everything right and never fail at all.

To listen to Goodyear officials, the company never, ever comes up short at the race track.

It sure sounded like Goodyear thought it was off the hook on Sunday after a tire problem caused Dale Earnhardt Jr. to hit the wall while leading at Kansas Speedway. Then Brad Keselowski suffered a similar fate, and Kasey Kahne also thought an issue with his tires sent him into the wall.

It dropped all three drivers into the bottom of the Chase for the Sprint Cup standings, in serious jeopardy of elimination from the championship race in two weeks.

So what happened? Goodyear director of racing Greg Stucker didn't have a definitive answer during Sunday's race but sure seemed to be pointing the finger at the race teams.

''We're trying to figure out exactly what the issue is with the teams. Obviously, a race like this in the Chase, everybody is kind of up on the wheel and really pushing the envelope,'' said Stucker, who hinted that ''adjustments'' made as the race progressed led to issues that didn't exist during the first green-flag run.

Once again, we are led to believe this was not a Goodyear issue, but a problem with teams pushing the limits of their tires in an effort to capitalize in an important Chase race. Really? In a race where the risk was far greater than any expected reward?

Shame on Hendrick Motorsports and Team Penske if they were so aggressive that their drivers are now in danger of not advancing to the third round of the Chase. And poor Kevin Harvick, who took note of his rivals' problems and feared he was next when his car suddenly struggled to turn as he was running third with a shot at the win. Harvick made an unscheduled pit stop - forfeiting any chance at victory - to get the tires off his car before they completely derailed his season.

Only he was wrong, the problem wasn't with his tires, and his paranoia led to an unsatisfying 12th-place finish. But, hey, Harvick got off easy. Kahne finished 22nd, Earnhardt was 39th and Keselowski 36th in a race won by teammate Joey Logano.

Drivers are very careful not to disparage Goodyear, NASCAR's exclusive tire provider. Much ado was made earlier this season when Jimmie Johnson crew chief Chad Knaus sarcastically quipped on the team radio that tire problems at Bristol were surely ''something we did. I'm sure it's our fault.''

It forced Johnson into a meeting with Goodyear officials where the tire manufacturer and the driver privately agreed to disagree on the cause of his failure.

It put Johnson in no mood to be politically correct come New Hampshire in July, when two tire problems in the first 11 laps of the race ended his day.

''I'm expecting people to quickly point back at the team and say it's our fault,'' the six-time and defending NASCAR champion said that day.

Enough is finally enough. Yes, Goodyear must deal with repaved race tracks and changing rules, but it's implausible to believe Goodyear is never to blame (the company did accept fault for the 2008 debacle at Indianapolis). What's closer to the truth is that Goodyear's tire development, at times, is simply not acceptable for the top motorsports series in the United States.

You'd be hard pressed to remember the last time a Firestone tire failed in an IndyCar race, and the drivers and teams consistently applaud the tiremaker for building strong compounds that everyone firmly believes to be safe.

But in NASCAR, a car slamming into a wall at 190 mph after a tire problem is a weekly occurrence that nobody seems to think is a problem. Why? Because Goodyear is the only player in the game and nobody wants to upset the apple cart.

The time to tip it over is overdue. Everyone understands that Goodyear can't be 100 percent infallible but it's the manufacturer's responsibility to get it right, for the sake of the show, the safety of the competitors and for the championship race currently underway.

Goodyear has zero competition in NASCAR and no rival tiremaker pushing them to be better. That's on NASCAR, which is quite content with one official partner and has no problem protecting the tiremaker by generally agreeing that teams went too far when a tire fails.

It turned Sunday into what Keselowski described as a game of Russian roulette with the tires. The most dominant driver of the first round of the Chase said his Penske team did not have an aggressive setup, did not make in-race adjustments and simply blew a right front tire because ''it was our turn at the gun.'' Earnhardt was a little more transparent when he said the tread on his Goodyear simply ''unwound like a string'' until the tire popped.

The new Chase format that eliminates four drivers every three races exposes Goodyear to scrutiny like never before. One bad tire can wipe out an entire season, and Goodyear better hope it doesn't happen in the season finale.

Larson Reflects on NASCAR return
Kyle Larson has gone through months of education as he prepares to return to the NASCAR circuit in 2021, writes Bob Pockrass.
9 hours ago

Martinsville Madness
Texas took its time. Now it's on to Martinsville, with the final four on the line, writes Bob Pockrass.
17 hours ago