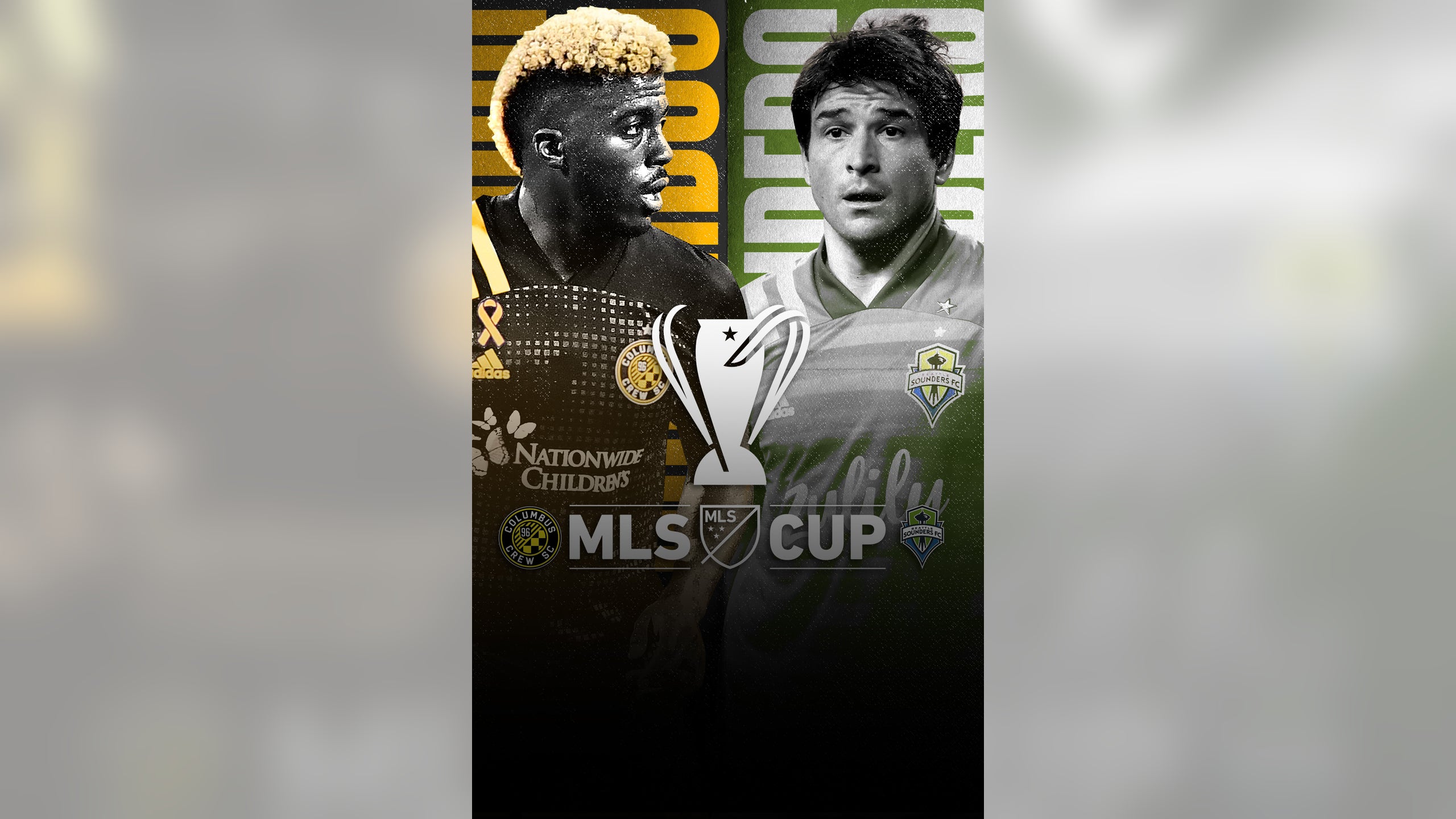 The 25th edition of Major League Soccer's playoffs has reached its pinnacle: the MLS Cup.

A total of 18 teams entered the playoffs when the tournament began with the play-in round on November 20, and the field has since been whittled down to two via single-elimination.

Here is everything you need to know about Saturday's final, live on FOX at 8 p.m. ET.

Who's playing? How'd they get there?

The No. 3 seed in the East, Columbus took down the New York Red Bulls, Nashville SC and New England Revolution en route to the final. The Crew has relied on a tenacious defense during its playoff run, conceding two goals in their opener against NYRB, but keeping clean sheets against both Nashville and New England.

As the West's second seed, the Sounders turned back Los Angeles FC and FC Dallas before their epic come-from-behind victory against Minnesota United FC in the Western Conference final.

While still dangerous as ever from open play, offensive set pieces have been a boon for the Sounders in the postseason. Of the seven goals they've scored in the playoffs, four have come via a corner kick.

Neither team had to face their conference's respective top seed, as the Philadelphia Union crashed out in the first round at the hands of the Revs, while Minnesota eliminated No. 1 Sporting Kansas City in the East's conference semis.

MAPFRE Stadium, home of the Crew in Columbus, Ohio.

The Crew earned the right to host by the narrowest of margins, having a better regular season points-per-game average (1.78) than Seattle (1.77). Having home-field advantage could be a massive factor for Columbus.

The Crew was winless away from home this season, excluding matches played on neutral fields during the "MLS is Back" tournament.

With the No. 1 seed eliminated early, second-seeded Seattle didn't have to play a road game this postseason. During the regular season, the Sounders tallied three wins, three losses and three draws in true road games.

How can I watch?

Fans can tune in to FOX on Saturday with coverage starting at 8 p.m. ET. For an even more immersive experience, download the all-new FOX Sports app for additional feeds, social chatter, odds data and more!

How can Seattle win?

Here are insights from FOX Soccer analysts Alexi Lalas and Stu Holden, who will be on-site for Saturday's epic clash.

Lalas: "Three keys for Seattle. First, clean up set-piece defending. The Sounders gave up two against Minnesota. If they give Columbus a two-goal lead like they did Minnesota, there won’t be any magic comeback to rely on. Second, play the experience from the start. This is the final! Coach Schmetzer got away with not starting vets like Kelvin Leerdam and Gustav Svensson ⁠— who came on as a sub and won the game ⁠—against Minnesota, but don’t tempt fate again.

Third, don’t be afraid to absorb some pressure. Let Columbus come and then counter with Nicolas Lodeiro finding that killer ball over the top into space to use Jordan Morris’ speed. This Sounders team isn’t about being pretty, romantic or entertaining ... it’s about winning."

Holden: "Seattle needs to go back to their strongest lineup and insert experience back into the lineup with Svennson and Leerdam. That will give them some added strength and control in the middle of the field to let Raul Ruidiaz, Morris, and Lodeiro go and win you the game."

How can Columbus win?

Lalas: "Three keys for Columbus. With Darlington Nagbe and Pedro Santos not medically cleared to play, the Crew will need to find a way to control the tempo. Columbus must enable Lucas Zelarayan and Gyasi Zardes to have the time and space to work their attacking magic.

Second, shut down Lodeiro and match his work rate ⁠— easier said than done. Man mark him ... even if he goes to the bathroom, you have someone follow him. And third, properly channel and harness the emotion of playing at home in that stadium … This is historic, this is the end, and this is important. Just don’t let that emotion make you do things you wouldn’t normally do."

Holden: "If Columbus can stay compact and not allow space for Seattle's front three, they have a playmaker of their own in Zelarayan that could provide a killer pass for Zardes to win them the game."

Who is favored? Where can I bet?

For fans in Colorado, New Jersey and Pennsylvania, FOX Bet has you covered for all your wagering needs. The oddsmakers there have this game priced about as close as possible, with the game result (excluding overtime) favoring Seattle at +160. Columbus comes in narrowly behind at +162, with a tie at the end of regulation priced at +200.

With an over/under of 2.5 total goals, it would appear that fireworks are to be expected! For more wagers, including correct score or other exotics, visit FOX Bet.