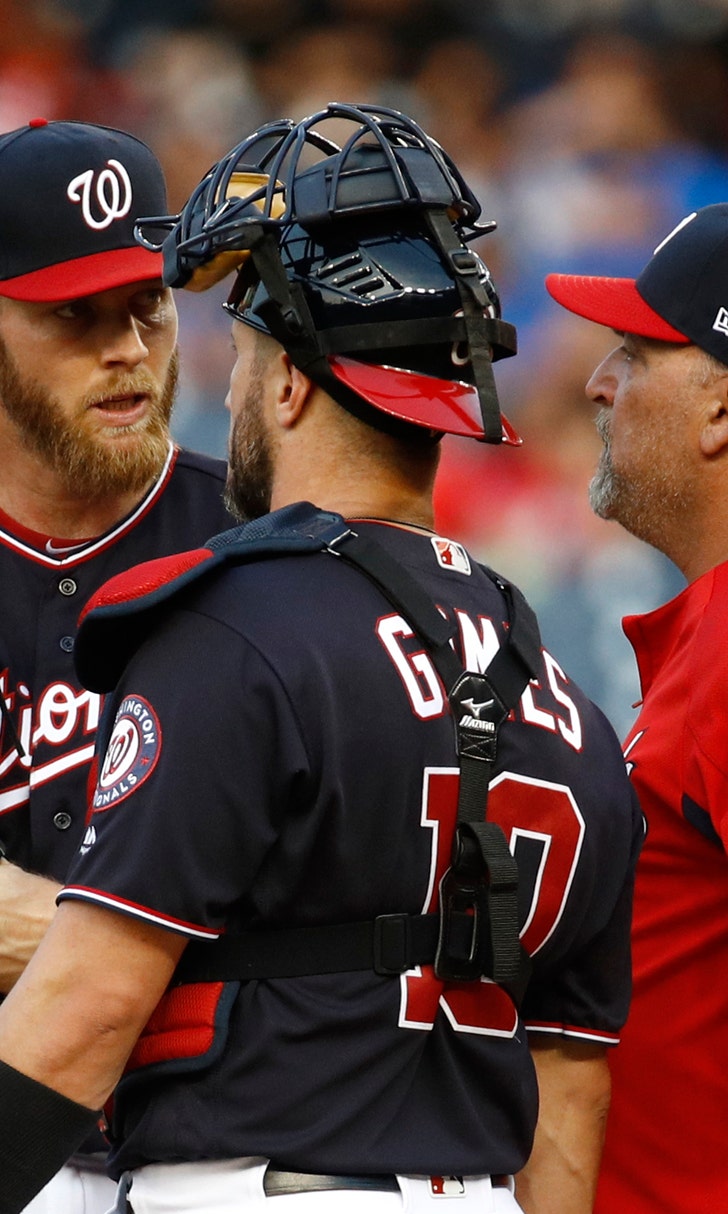 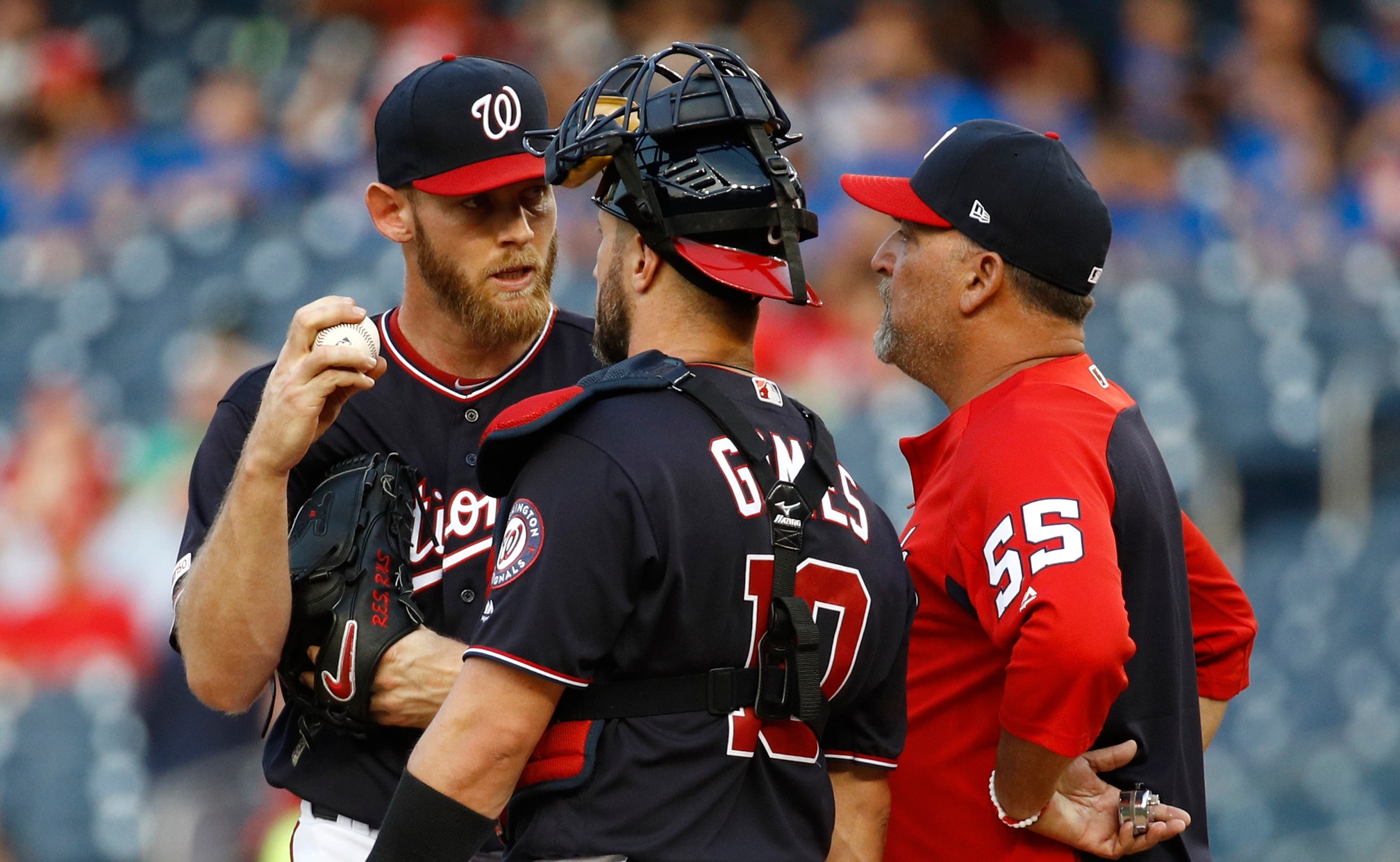 WASHINGTON (AP) — Stephen Strasburg didn't turn in a vintage performance. He still did enough — with plenty of help from the Washington Nationals' offense — to reach a career milestone.

Strasburg earned his 100th victory, Anthony Rendon homered and drove in five runs and Washington rallied past the Chicago White Sox 9-5 for its eighth victory in 10 games.

Strasburg (6-3) gave up four runs in a 39-pitch first inning and spotted Chicago a 5-0 lead. But he hung around long enough to complete five innings and become the first National to reach the 100-win plateau since the franchise moved from Montreal.

"I definitely got punched in the face in the first," Strasburg said. "There's only one thing you can do and I think that's what we preach as an organization (and) that's never give up and keep battling."

Strasburg threw 105 pitches in his second-shortest stint of the season. But the White Sox couldn't manage anything else after Yoán Moncada homered in the second.

"We had a couple of opportunities in which he left us stranded out there," White Sox manager Rick Renteria said. "He worked through it. He's been around. He was able to navigate and did a nice job of keeping us from doing a whole lot of damage."

Rendon did his part to spark Washington's comeback. The third baseman belted a two-run double in the third, then smacked a three-run homer in the fifth to chase former teammate Reynaldo López (3-6) and give the Nationals a 6-5 lead.

Reliever Josh Osich surrendered back-to-back doubles before Víctor Robles belted a two-run homer to make it 9-5. Washington's six runs in the fifth were its most in any inning this season.

Sean Doolittle recorded the final two outs for his 13th save in 15 opportunities.

López, who was acquired from Washington in December 2016 and was facing the Nationals for the first time, is 0-2 with a 12.83 ERA in his last three starts.

"He's just not being able to command right now as well as we would like him to," Renteria said.

Strasburg struck out six as he improved to 100-55. The right-hander earned a victory while allowing more than four runs for the first time in his career.

"I think it's a great personal accomplishment," Strasburg said. "Wins and losses, as much as you like having them next to your name, that's a team thing. It's just great that this was such a big team win and they were able to pick me up for that 100th."

Home plate umpire Mike Everitt was hit in the chest by a 95-mph fastball from Lopez that was untouched by swinging batter Trea Turner or catcher James McCann in the third inning. Everitt was examined by trainers and remained in the game for the rest of the inning but was replaced in the fourth by second base umpire Lance Barrett.

White Sox: OF Jon Jay (hip strain) was 1 for 3 with an RBI on Monday in his first rehabilitation assignment game with Double-A Birmingham.

Nationals: 2B Brian Dozier was hit by a pitch on his right arm in the second. "He's got a nice contusion right now so I'm assuming he's going to be stiff," manager Dave Martinez said. "Hopefully he'll be ready to go tomorrow." Howie Kendrick replaced Dozier in the fourth and homered that same inning. ... 1B Ryan Zimmerman (plantar fasciitis) will travel to San Diego with the team later this week and begin baseball activities during Washington's six-game trip. ... RHP Trevor Rosenthal (viral infection) pitched a scoreless inning for Double-A Harrisburg on Tuesday to lower his ERA to 4.32 in nine rehab appearances.

White Sox: RHP Dylan Covey (1-4, 4.73 ERA) faces Washington for the first time in his career as the two-game series concludes on Wednesday.

Nationals: RHP Aníbal Sánchez (1-6, 4.47) will look to win back-to-back starts for the first time since last June 9-14, when he pitched for Atlanta.