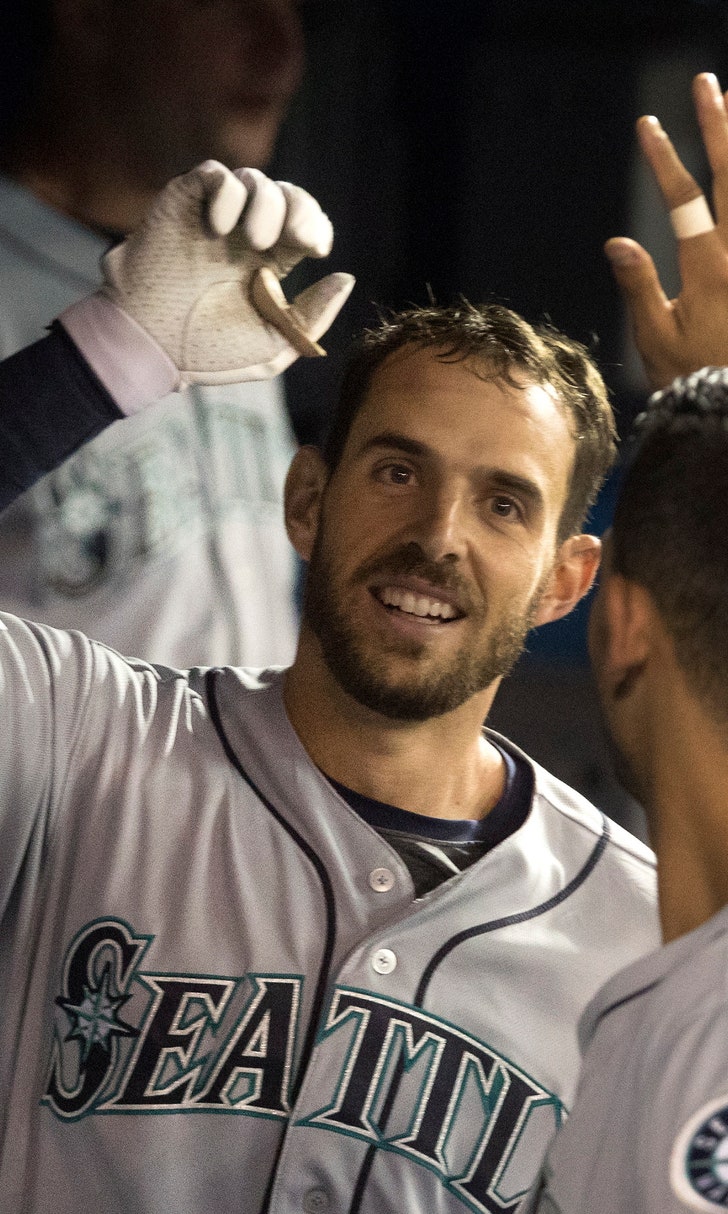 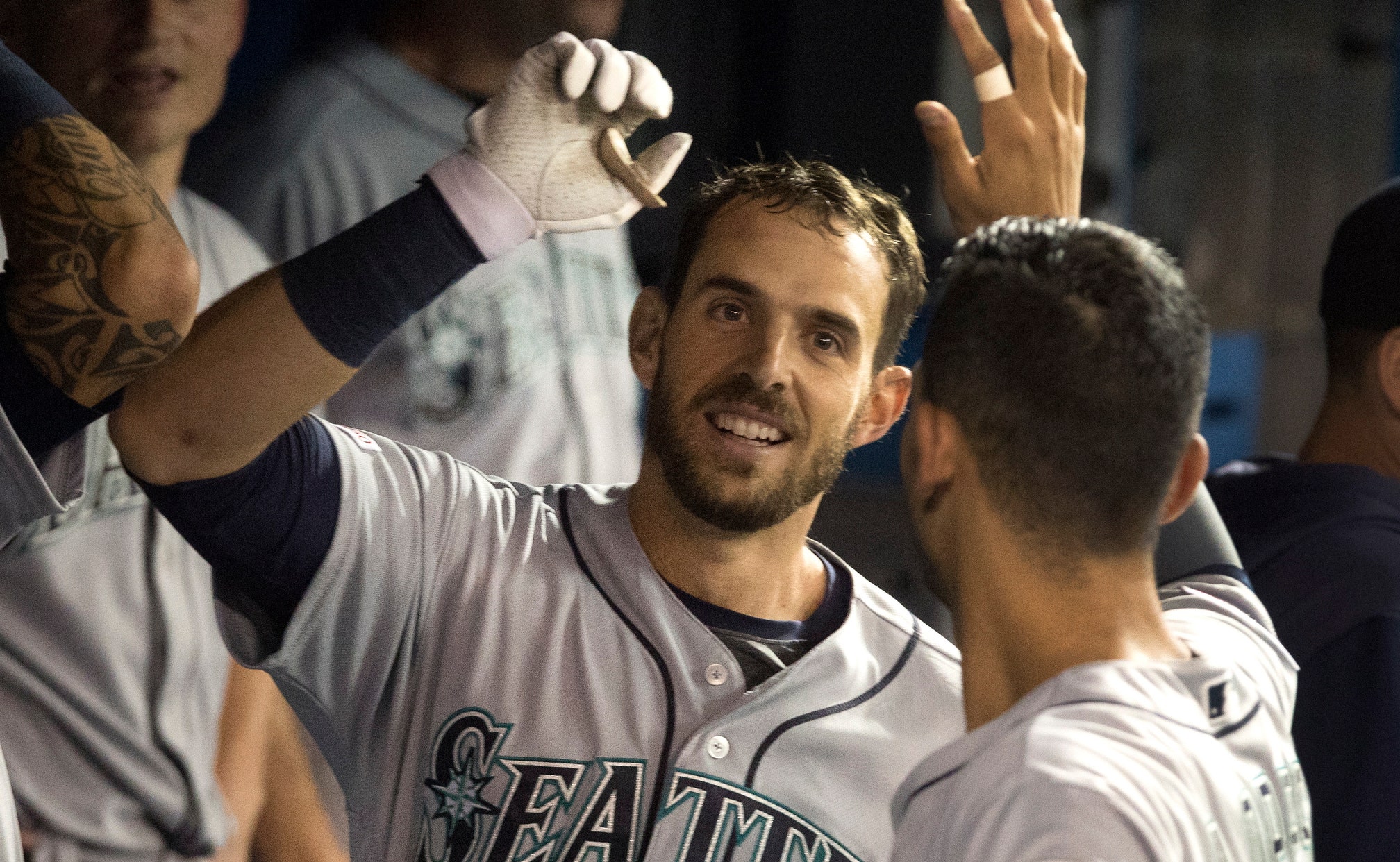 TORONTO (AP) — Kyle Seager got a kick out of displacing Alex Rodríguez from the Seattle Mariners' record book.

"At the end, it started hooking a little bit hard on me," Seager said. "I'm not mad at it for staying fair."

Seattle won for the third time in five games after losing eight of the previous nine.

Seager's home run extended his hitting streak to 11 games. The third baseman has reached safely in 21 of his past 22 and has hit nine of his 15 home runs in that stretch.

"You want to get on runs like that," Seager said. "That's kind of how it goes in the power department. You know, you hit them in spurts, at least I have."

"His timing is really good. He's not in a hurry at the plate," manager Scott Servais said. "He's got a lot of confidence. He should."

The homer was Seager's 190th, the most ever by a Mariners infielder. Rodríguez hit 189 homers in his seven seasons with Seattle.

"That's definitely something that I don't take lightly," Seager said of the record. "I'm very proud of that."

In the second, Guerrero cut in front of shortstop Bo Bichette to field Nola's grounder and made an awkward throw across his body, too late to record the out. He finished the inning but did not return in the third.

Manager Charlie Montoyo said Guerrero "felt a little tweak in his knee." Guerrero was not available after the game because he had left to undergo an MRI.

"We took him out just in case," Montoyo said.

Nola scored later in the second on a sacrifice fly by Keon Broxton, but Toronto answered in the bottom half on Billy McKinney's two-out RBI single.

Nola homered off right off Trent Thornton to begin the fourth, his fifth, and Broxton added a second sacrifice fly later in the inning, but the Mariners couldn't hold the two-run lead.

Bichette trimmed it to 3-2 with a two-out blast off Taylor Guilbeau in the fifth, and Reese McGuire tied it in the seventh, homering on the second pitch from Anthony Bass. Bichette's homer was his fifth, while McGuire's was his third.

Bass (2-4) worked one inning for the win and Sam Tuivailala pitched the eighth. Matt Magill pitched around a two-out double in the ninth to earn his first career save, catching Bichette looking to end it.

Guilbeau made his major league debut in the fourth, becoming the 40th pitcher and 62nd player to appear for the Mariners this season. Seattle also used 40 pitchers in 2017, while 62 players breaks the team mark set two years ago.

Mariners: OF Domingo Santana (rest) sat for the third straight game. Santana is hitless in nine at bats. Santana is expected to DH Sunday.

Blue Jays: Guerrero missed more than a month at Double-A New Hampshire last season because of a strained ligament in his left knee.

Mariners OF Mallex Smith was held out of the lineup. Smith was thrown out at second base Friday trying to stretch a single into a double, one of multiple baserunning errors on Seattle's current trip.

Toronto lost for the eighth time this season when outhitting its opponent. The Blue Jays had nine hits to Seattle's six.