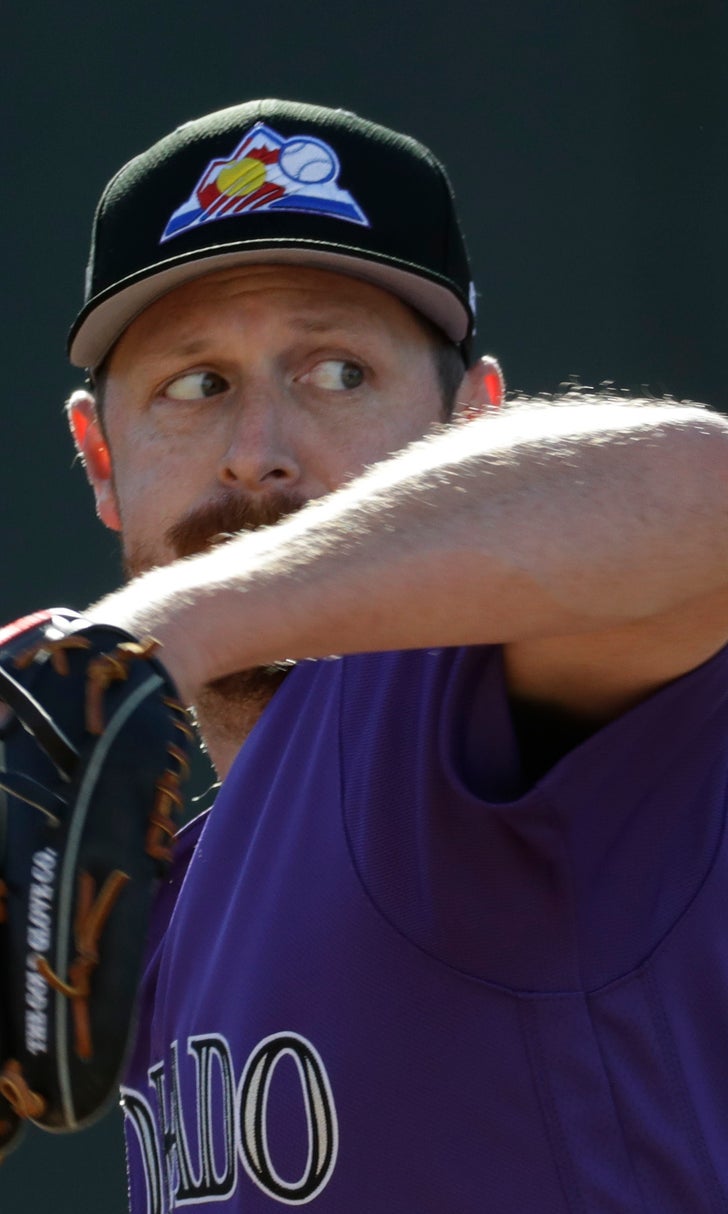 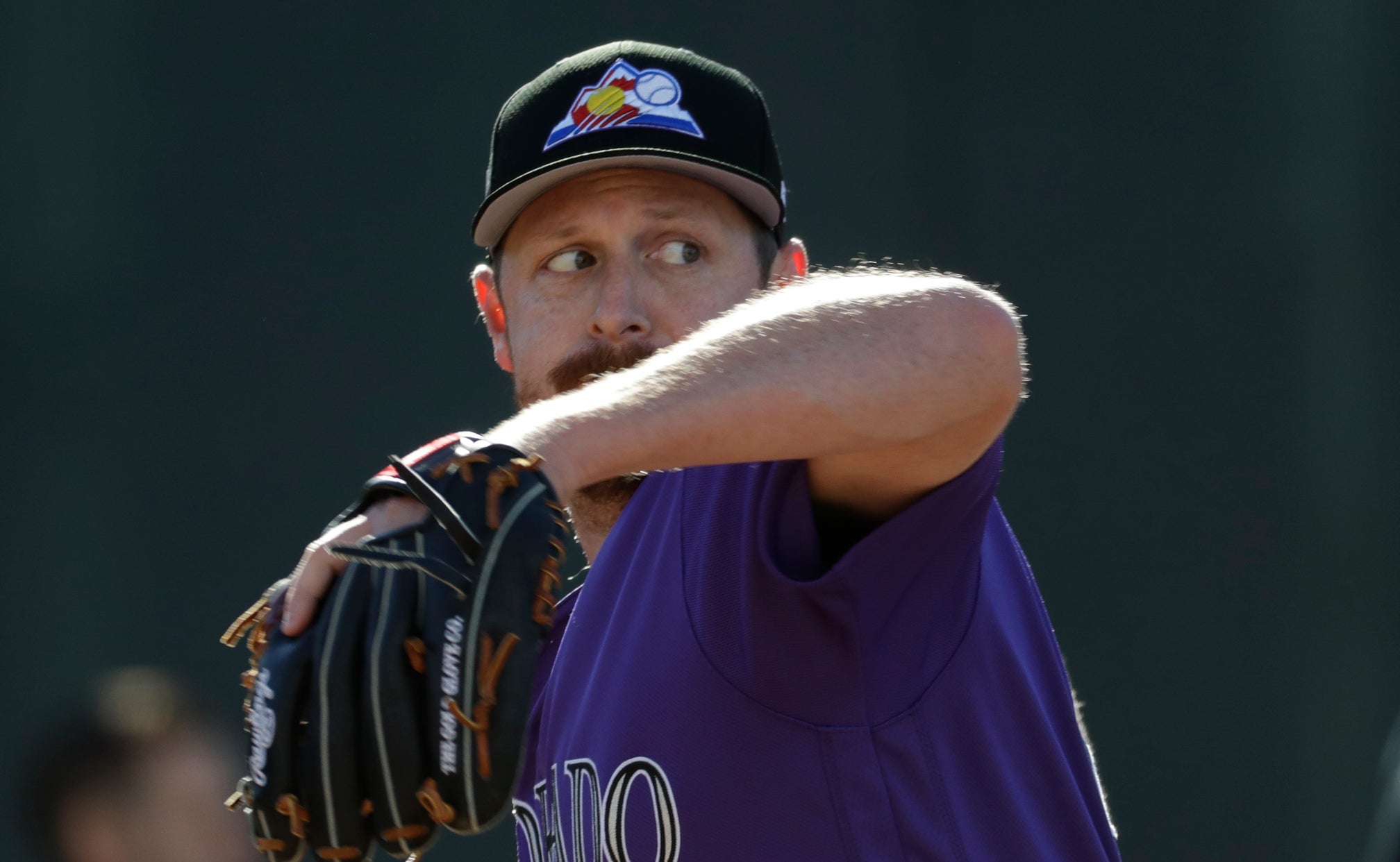 SCOTTSDALE, Ariz. (AP) — The Colorado Rockies will be without the reliever who boasted he could strike out Babe Ruth, but they believe the bridge between their solid starting rotation and premier closer Wade Davis remains sturdy.

Colorado is counting on a veteran bullpen group that includes Scott Oberg, Seunghwan Oh, Chris Rusin and Bryan Shaw to step up the way Adam Ottavino did in 2018, when his career year with the Rockies led to a three-year, $27 million free agent deal with the New York Yankees.

"I think we have a lot of good arms and a lot of talented guys back there," catcher Chris Iannetta said.

"I think we can piece it together and be really good. Guys have good years. Guys have bad years. I don't think anyone expected Adam to have the year that he had last year after the previous year. It happens all the time."

Oberg had a strong second half last season, Oh pitched well after being acquired at the trade deadline and the Rockies are counting on a return to normalcy by Shaw, Rusin, Jake McGee and Mike Dunn.

The Rockies' bullpen had a 4.62 ERA last season, 13th in the league and a number that must be improved upon so as not to squander the quality starts inherited from a rotation that includes Kyle Freeland, German Marquez and Tyler Anderson.

Ottavino and Oberg served as the primary setup men last year. Ottavino was 6-4 with six saves, a 2.43 ERA and a rate of 13 strikeouts per nine innings, thus the Ruth reference he made after signing with the Yankees.

"He was great for us and that's a tough piece to fill, but we are definitely capable of it," Davis said.

The right-handed Oberg, a top candidate to inherit more of Ottavino's workload, was 8-1 with 2.45 ERA and was scored upon in only four of his final 34 outings.

He had a streak of 11 straight scoreless appearances in August and September as the Rockies moved to a second straight postseason appearance. He limited righty hitters to a .185 batting average.

"Collectively, I think we are going to be fine," Oberg said. "Those are some big shoes, but we have a really talented group down there. There is going to be all eight of us pulling together down there."

Oberg has made a team-high 210 relief appearances since his 2015 debut, but he is not the only workhorse returning.

Shaw has appeared in 503 games since 2012, tied for the most in the majors, and he is looking to build on a second half in which he went 1-1 with a 2.84 ERA in 20 appearances after being reinstated from the disabled list July 11.

"Hopefully, better performances by myself will be a big contributing factor to filling his (Ottavino's) innings," Shaw said.

Shaw, a right-hander, spent time in the offseason at the Driveline Baseball training center in Washington, an outfit that is heavily immersed in biometrics and data analysis, spin rates, effective arm angles and more.

Former Cleveland teammate Trevor Bauer has long been a proponent, and the two talked this offseason.

"Got some good info," Shaw said. "The info I got from them kind of correlated with some things we were seeing and talking about here. Hopefully the data we took from them we can implement this year and get going."

Oh was 2-0 with a 2.53 ERA in 25 appearances after being acquired from Toronto at the trade deadline.

"I try to not think that we are filling the hole for someone just because that person left," Oh said through a translator. "It is more about always being ready whenever the game situations calls us. So my job is to be prepared every day."

Iannetta sees "a ton of talent" in the bullpen.

"You need guys to seize the moment," Iannetta said. "There is opportunity back there to solidify yourself as a back-end reliever. Everyone has skills. Even if you had a bad year, that's baseball. See who rises to the top."