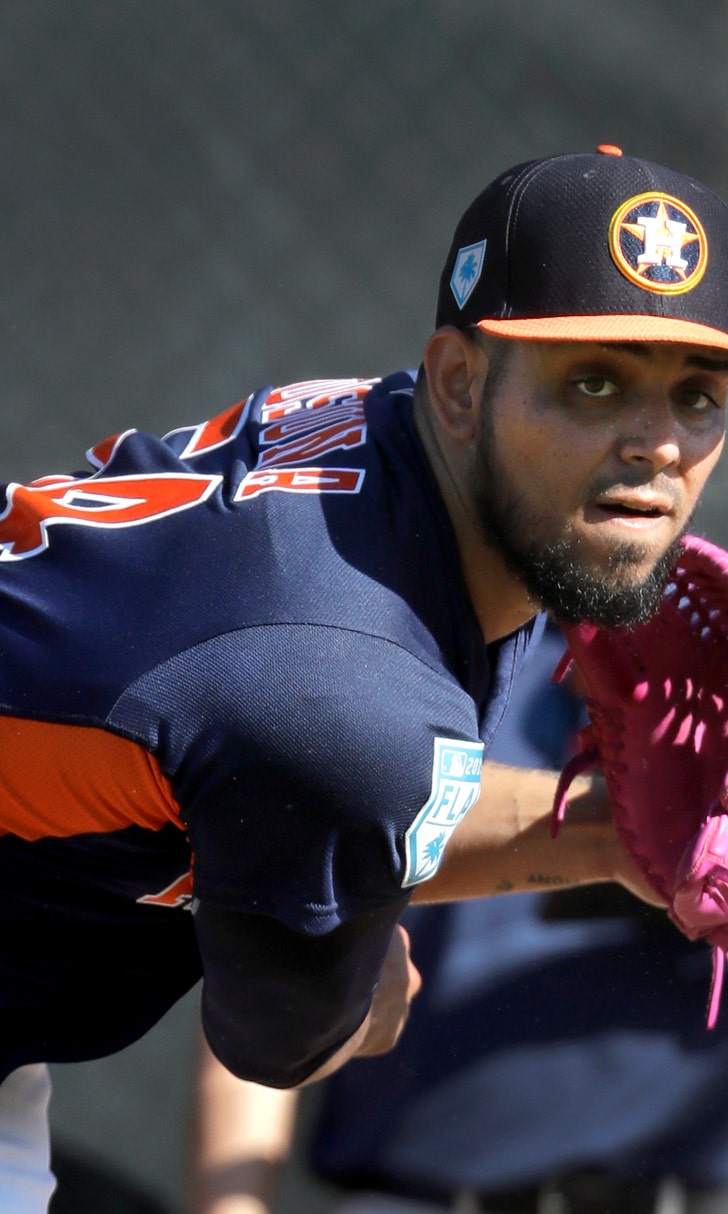 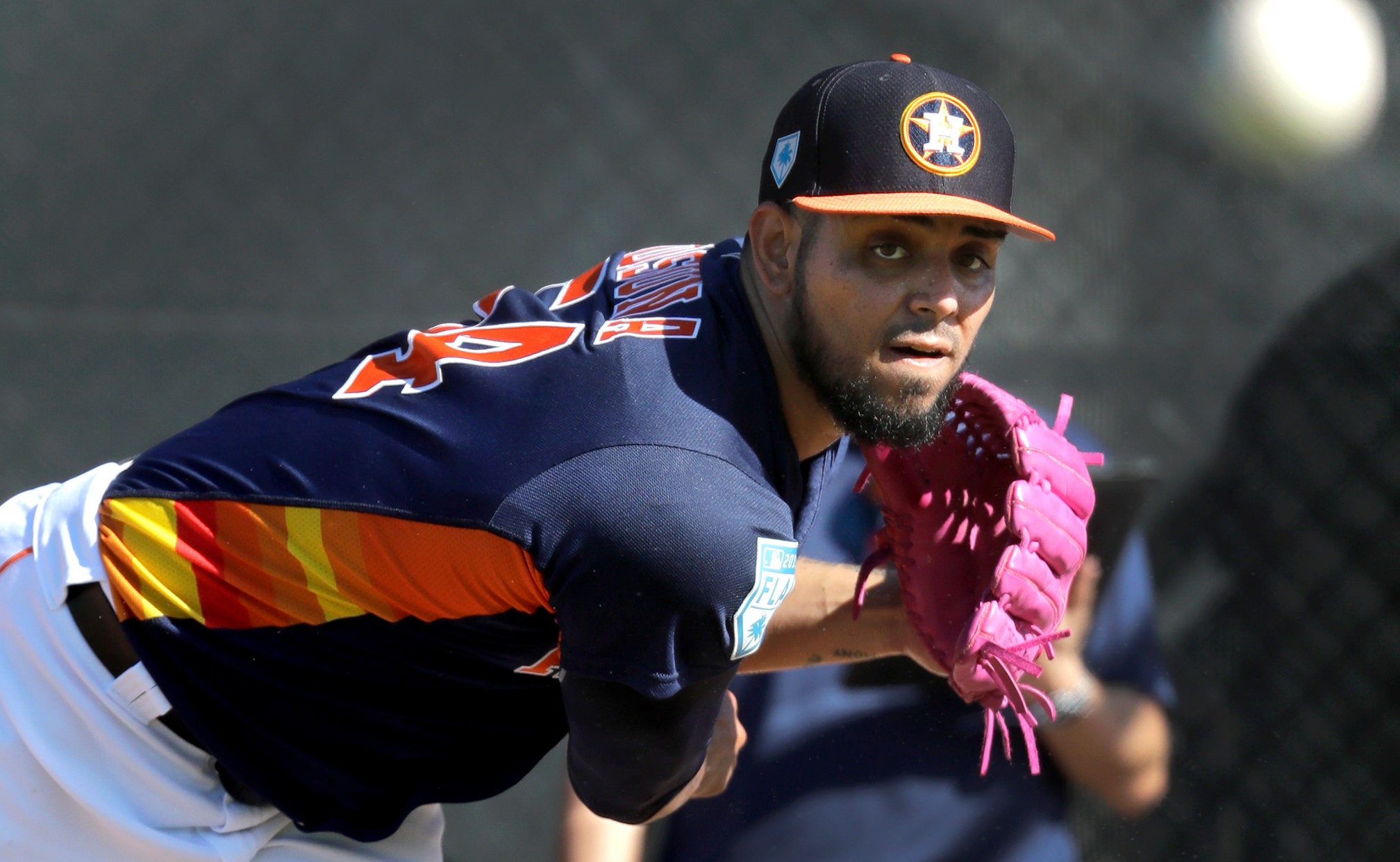 previous story
Spieth finishes 1st-round 64 for early lead at soggy Riviera
next story
Hirscher gets off sick bed, in contention for GS gold

"I can pretend and create some false competition, and that doesn't gain any credibility," manager A.J. Hinch said. "Transparency goes a long way, and maybe the closer question can be put to rest."

"I think the league has graduated to the point of, you can say somebody's your closer and use him in the seventh or eighth inning and people don't freak out," Hinch said. "It's amazing how the sport has evolved to where one word doesn't mean that he has to pitch exactly in that role every single time."

Houston initially eased Osuna into the closer's role after acquiring him at last season's trading deadline for Giles, David Paulino and a minor leaguer. The trade occurred just before the end of Osuna's 75-game suspension under Major League Baseball's domestic violence policy. Osuna was arrested in May and charged with assault in connection with an alleged domestic incident. The prosecution withdrew the charge in September in exchange for a one-year agreement he stay away from the mother of his child and continue counselling.

On the field, Osuna had 21 saves last season, including 12 for the Astros.

The 24-year-old Osuna has a fastball that averaged 95 mph last year and also throws a cutter, slider and sinker plus a changeup.

"As a closer you need to get people out — it doesn't matter what you do or how you do it," Osuna said. "I feel like when you have more weapons and more options, obviously it's hard for the hitter to know what's coming."

Entering his fifth season, the 6-foot-2 right-hander is trying to master a sinker Marcus Stroman taught him while they were teammates in Toronto.

"Everybody needs six pitches or seven pitches, so if he adds an extra one, why not?" Hinch joked. "What's different about him and a lot of back-end relievers is he'll be able to execute it if he gets the feel or it. If that's the case it will be another weapon for him."

Osuna took the mound Friday for his first bullpen session with a new bright pink glove.

Osuna's family has a history in baseball. His father, Roberto Sr., pitched nearly two decades in the Mexican League and his uncle, Antonio Osuna, enjoyed an 11-year career in the big leagues, primarily with the Los Angeles Dodgers.

He wears the glowing glove to honor his mother, Guadalupe Quintero.

"When I was a little kid, my mom was always tossing baseballs to me," Osuna said. "She's a big part of it."