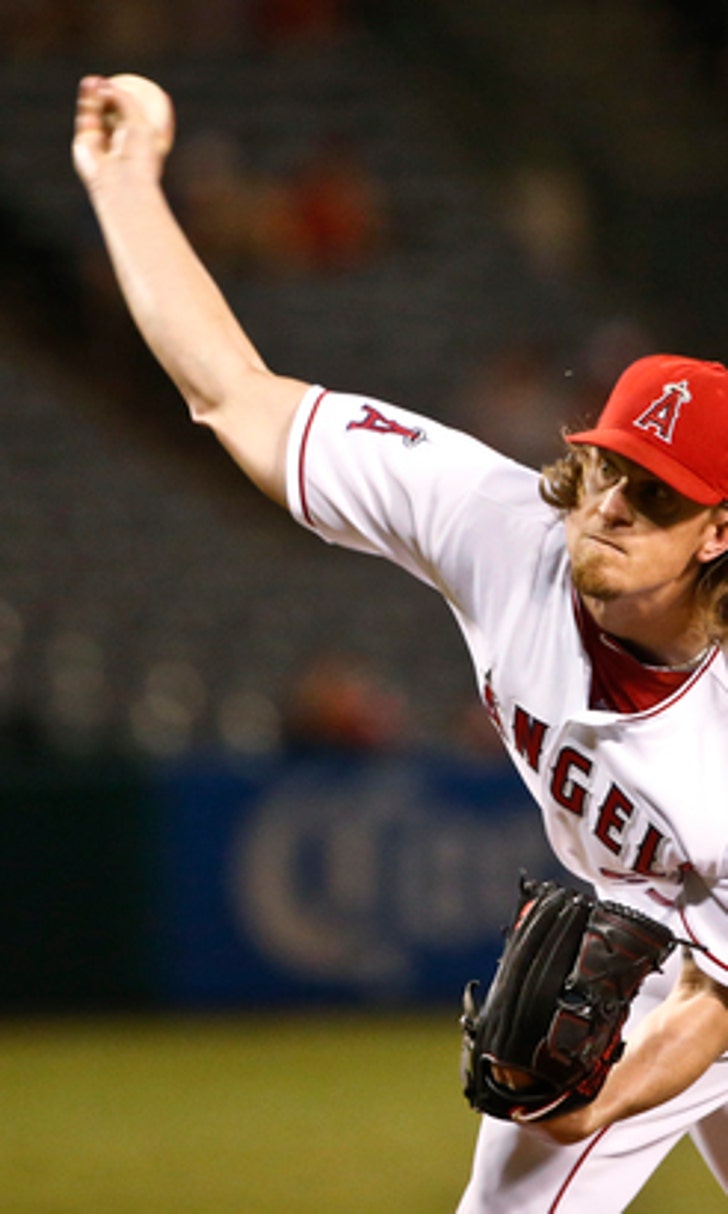 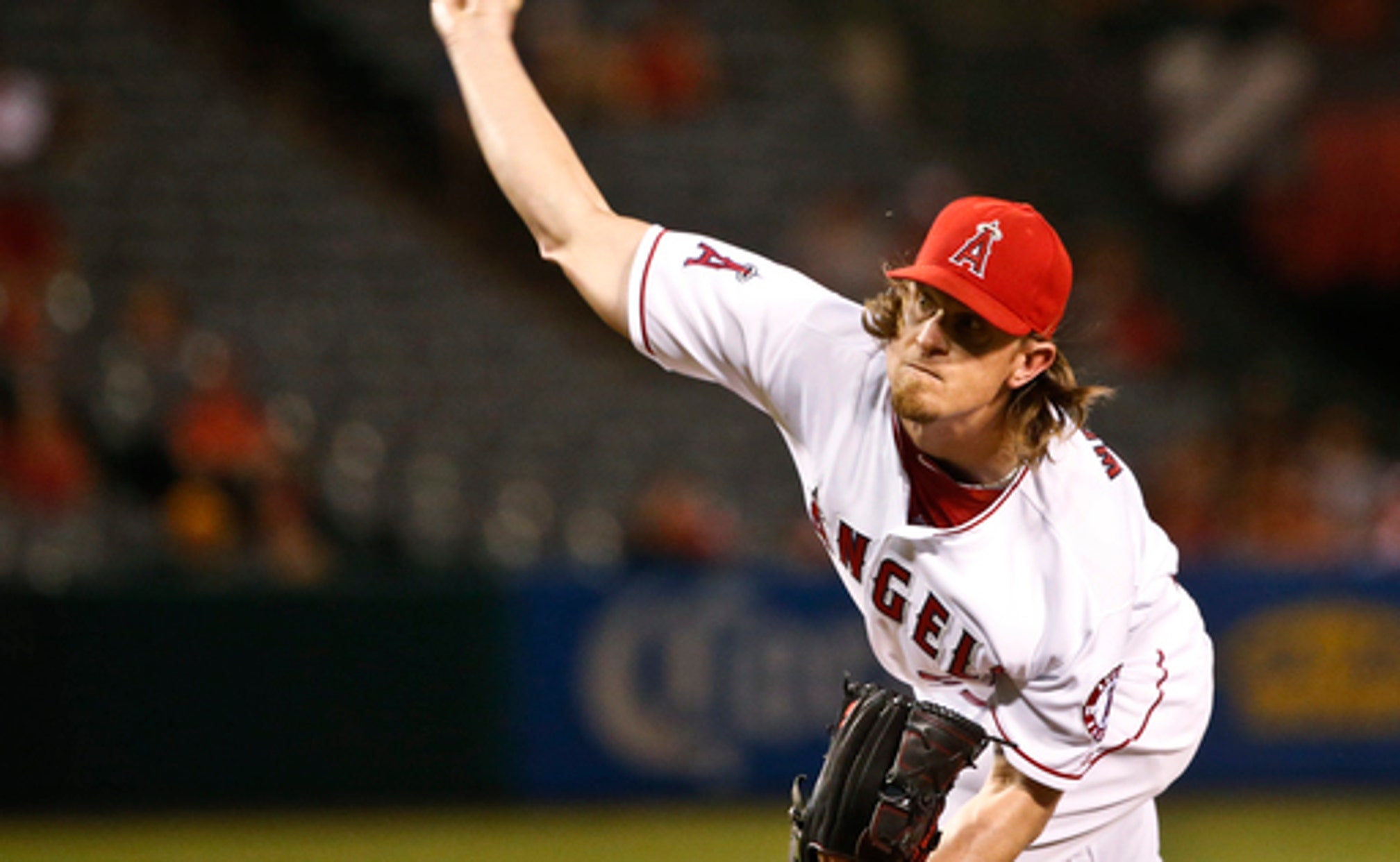 Jered Weaver signs with Padres after 11 years with Angels

TEMPE, Ariz. (AP) Right-hander Jered Weaver has agreed to a $3 million, one-year deal with the San Diego Padres after 11 seasons with the Los Angeles Angels.

Weaver and the Padres confirmed the long-anticipated deal Saturday, pending a physical.

The 34-year-old Weaver had spent his entire career with the Angels, going 150-93 with a 3.55 ERA and three All-Star selections. The Angels didn't re-sign him after Weaver went 19-24 over the past two seasons with the two worst ERAs of his career and stark declines in his velocity.

Weaver will join the jumbled competition for a rotation spot with the Padres, who have no established returning starters. Manager Andy Green said Saturday that there are at least 10 candidates for San Diego's rotation entering spring training.

Weaver reacted to the deal on his new Twitter account, posting a photo of himself at Angel Stadium.

He wrote: ''Want to thank all the Angel fans for your support over the years! Wish we could have brought a trophy to the city of Anaheim! Much Love!''

Weaver also posted a graphic of Will Ferrell in character as Ron Burgundy, the San Diego newsman from the two ''Anchorman'' films: ''Look forward to having some scotch with this terrific news anchor!''

With his fastball velocity stuck in the mid-80s last season, Weaver relied on breaking balls, precision and guile to retire hitters. He was remarkably resourceful in getting through a team-best 178 innings without missing a start due to injury, but his 5.06 ERA and 1.46 WHIP were the worst of his career.

Weaver pitched in four postseasons with the Angels after joining the big-league club in 2006. He threw a no-hitter in May 2012, and his 150 wins are the second-most in Angels history, behind only Chuck Finley's 165.

''When someone has made the imprint that Jered has made in our organization and accomplished so much, it's always strange and difficult to see guys when they move on,'' Angels manager Mike Scioscia said recently. ''Weave has worked hard this winter. Obviously we're pulling for him to continue to do what he loves to do and have the success that he can have.''

Weaver is a Southern California native who grew up in Simi Valley and played at Long Beach State. His desire to stay close to home contributed to his decision in August 2011 to sign an $85 million, five-year deal with the Angels, likely less than what he could have made on the free agent market.

That familiarity might have helped the Padres as well. San Diego is projected to be one of the majors' worst teams, but Weaver could be a valuable veteran presence in one of the youngest clubhouses in the game.

San Diego has also signed Jhoulys Chacin, who finished last season as Weaver's teammate with the Angels, and they may not be done. A.J. Preller is one of baseball's most aggressive general managers, and Padres Executive Chairman Ron Fowler said Saturday that the Padres could add more players, either by trade or free agency.

''Preller's trading season is not over,'' Fowler said.

Weaver will be missed with the Angels, where he was a well-liked teammate. AL MVP Mike Trout said he has been in contact with Weaver throughout the offseason.

''It's going to be tough,'' Trout said. ''He's one of those guys you can't replace. I talked to him a lot this offseason. ... When I got here, he was here. And now coming into this clubhouse and locker room, it's quiet. It's different not seeing Weaver when you walk in. Great teammate, and off the field, you could do anything with him. We could go to dinner, he always treated. He was professional as it gets.''