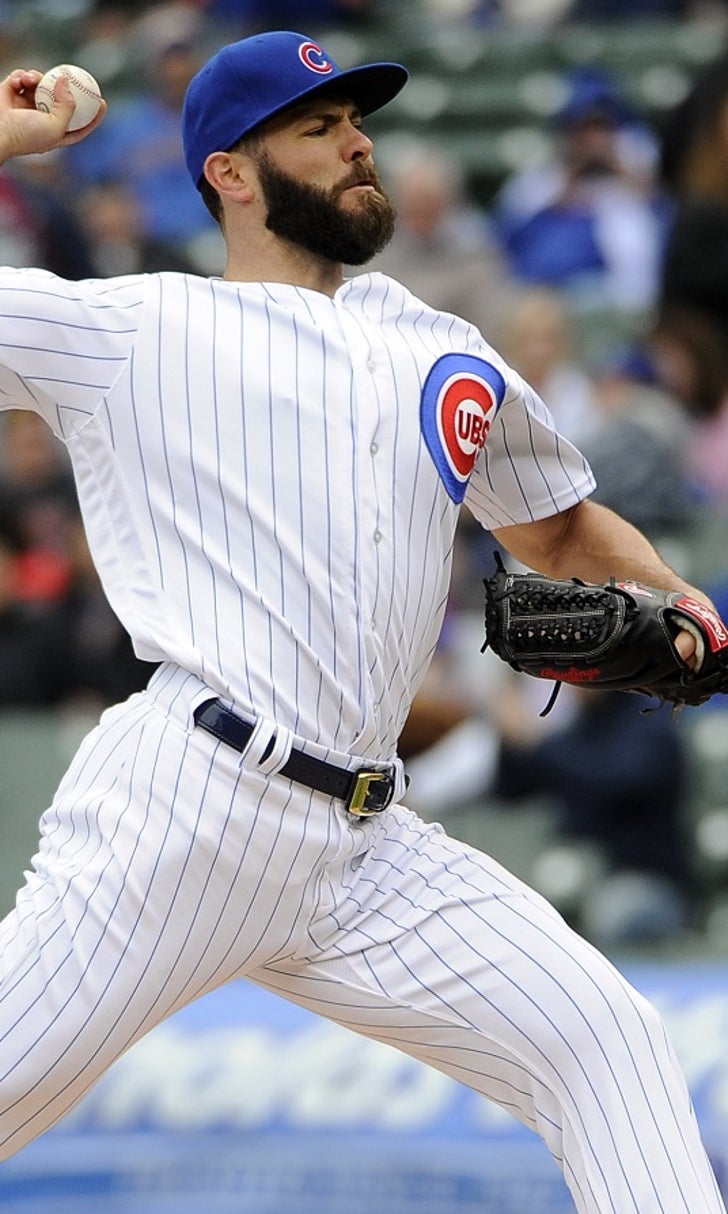 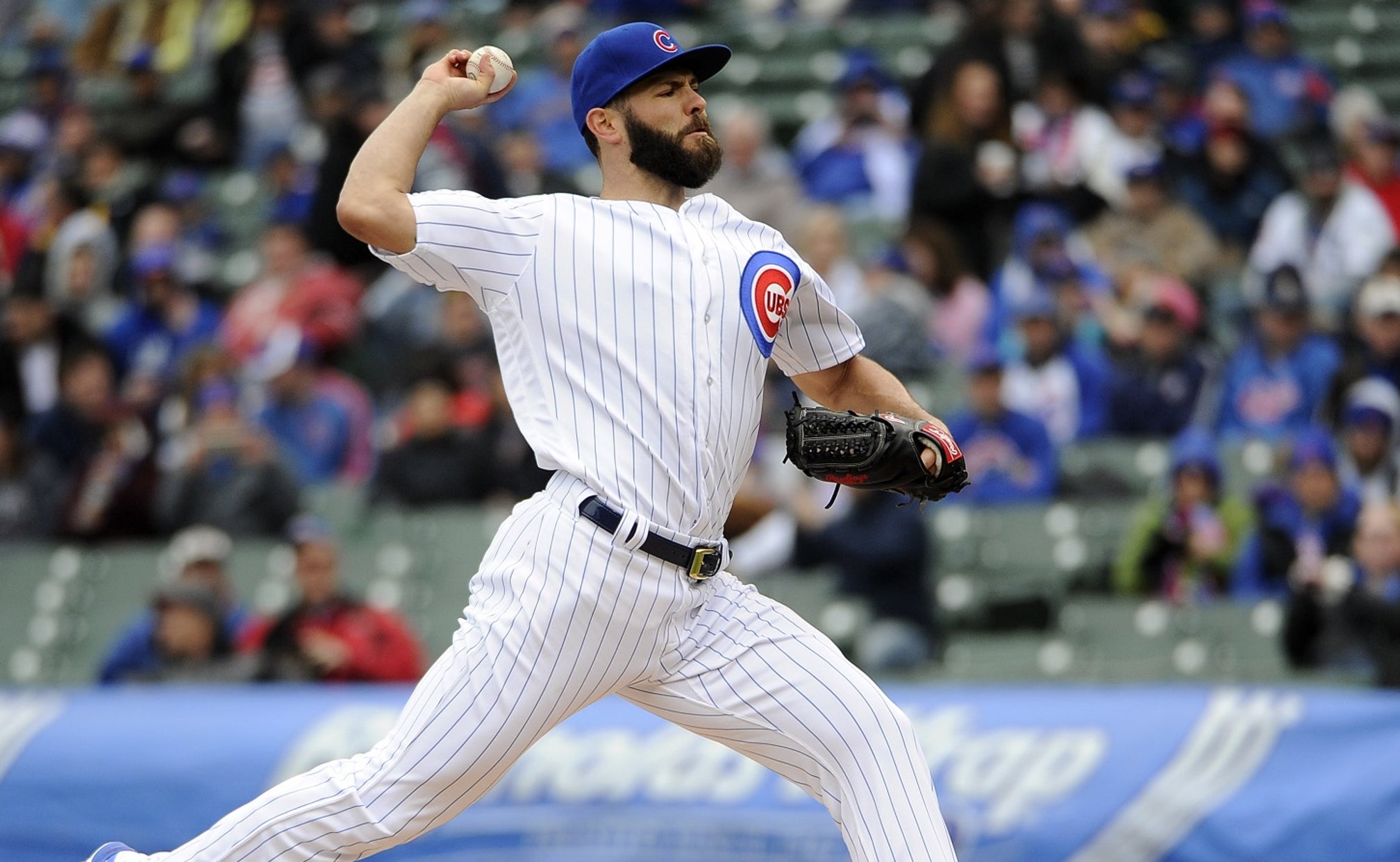 Jake Arrieta strikes out 11, improves to 7-0 as Cubs beat Pirates 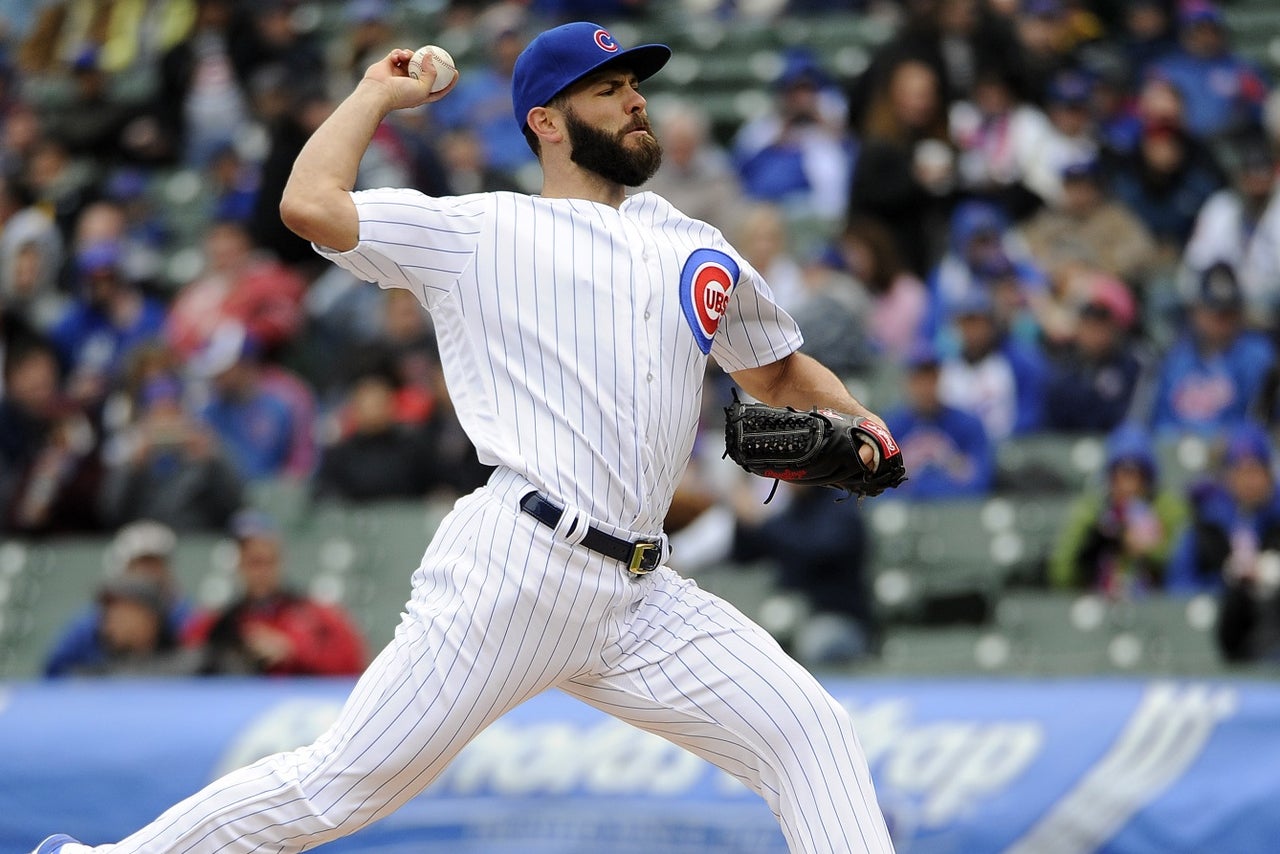 The unbeaten ace took over from there.

Arrieta struck out 11 in eight innings, Rizzo drove in four runs and the Chicago Cubs remained perfect against the Pittsburgh Pirates with an 8-2 victory on Saturday.

Arrieta improved to 18-0 with a microscopic 0.75 ERA in 20 regular-season starts since Aug. 1. The Cubs have won his past 21 starts, extending a franchise record.

"It's unusual," manager Joe Maddon said with a chuckle. "It's very unusual what he is doing."

Arrieta (7-0) allowed three hits and two runs, leaving with a major league-best 1.29 ERA. After Rizzo's 11th homer made it 3-2 in the fourth, the reigning NL Cy Young Award winner struck out seven while finishing his outing with four hitless innings.

"That was a huge swing of the bat by Anthony," Arrieta said. "It picked me up."

Rizzo also singled in Jason Heyward in the eighth and is among the major league leaders with 33 RBIs. Heyward finished with three hits, Ben Zobrist reached four times and Addison Russell hit a two-run homer as Chicago improved to 5-0 against Pittsburgh this year.

"We're just plugging away right now and understanding that we've got to get up for every ballgame," Heyward said.

Bouncing back from a so-so start for his lofty standards, Arrieta moved to 8-1 in 11 career regular-season starts against the Pirates. He also struck out 11 in a five-hit shutout at Pittsburgh in last year's wild-card game.

Francisco Cervelli hit a two-run single for Pittsburgh in the fourth, but the Pirates lost out on an opportunity for more when Josh Harrison's liner went off Arrieta's left foot and right to Zobrist at second for an inning-ending double play with runners on the corners.

"There were tipping points throughout the game," Pittsburgh manager Clint Hurdle said. "The fourth inning was one."

The Cubs then grabbed the lead for good in the bottom half. Heyward singled on a dribbler to second and Kris Bryant walked on a close call on a full-count pitch before Rizzo connected against Jeff Locke (1-3).

"I got into a little bit of rhythm for a little a while but the Rizzo home run kind of knocked that off course," Locke said.

Likely upset by the call on Bryant, Pirates pitching coach Ray Searage was thrown out by plate umpire Brian Knight on a visit to the mound later in the inning.

Locke also served up Russell's fourth homer with one out in the sixth and then hit Miguel Montero before he was replaced by Jared Hughes. Locke was charged with six runs and six hits.

"I thought Jeff was really strong through three then a couple of mistakes, a couple of elevated pitches and they took advantage of them," Hurdle said.

The Cubs activated Montero from the 15-day disabled list and designated outfielder Ryan Kalish for assignment. Montero had been sidelined by lower back tightness.

Montero's return means the Cubs have three catchers on their roster, including David Ross and Tim Federowicz.