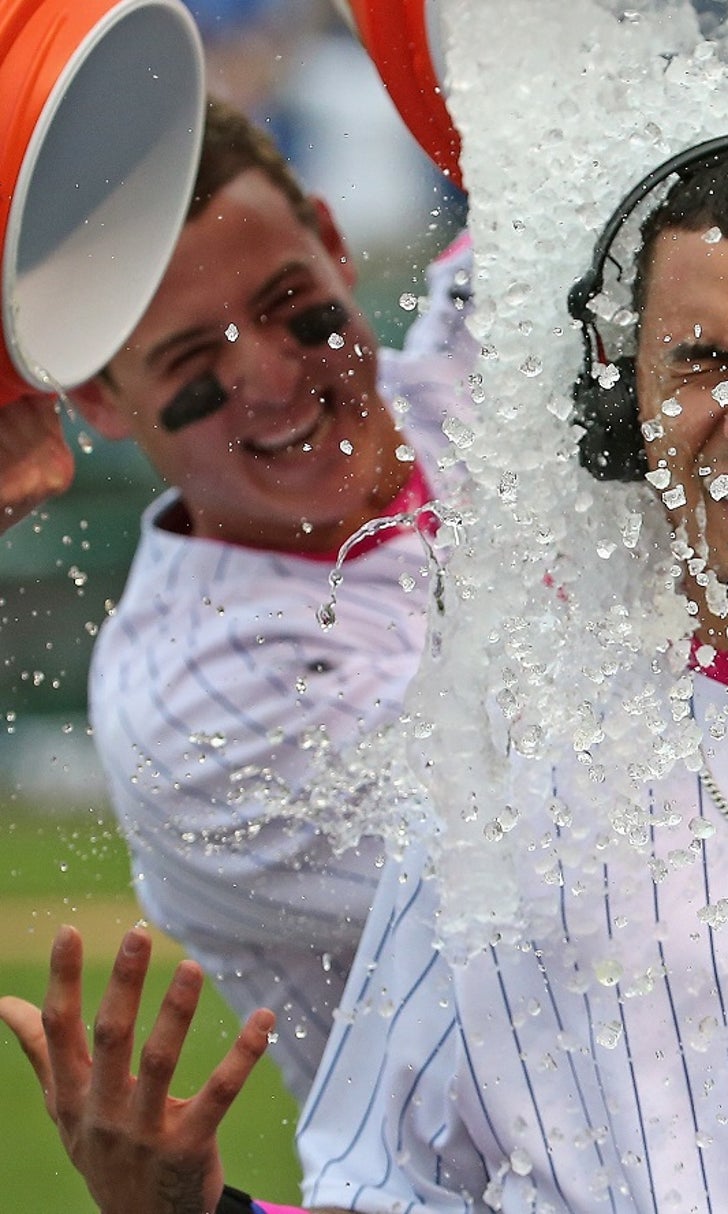 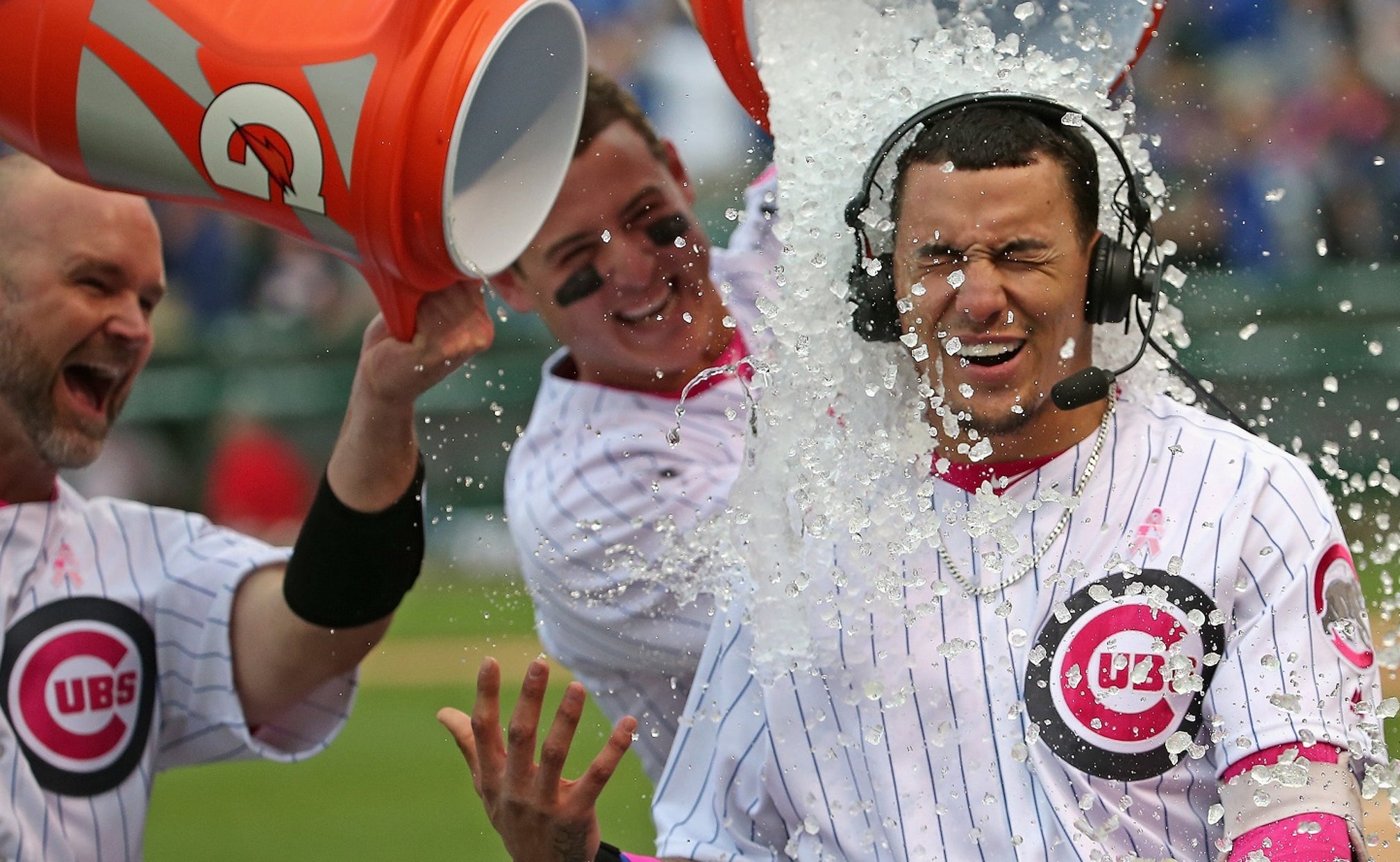 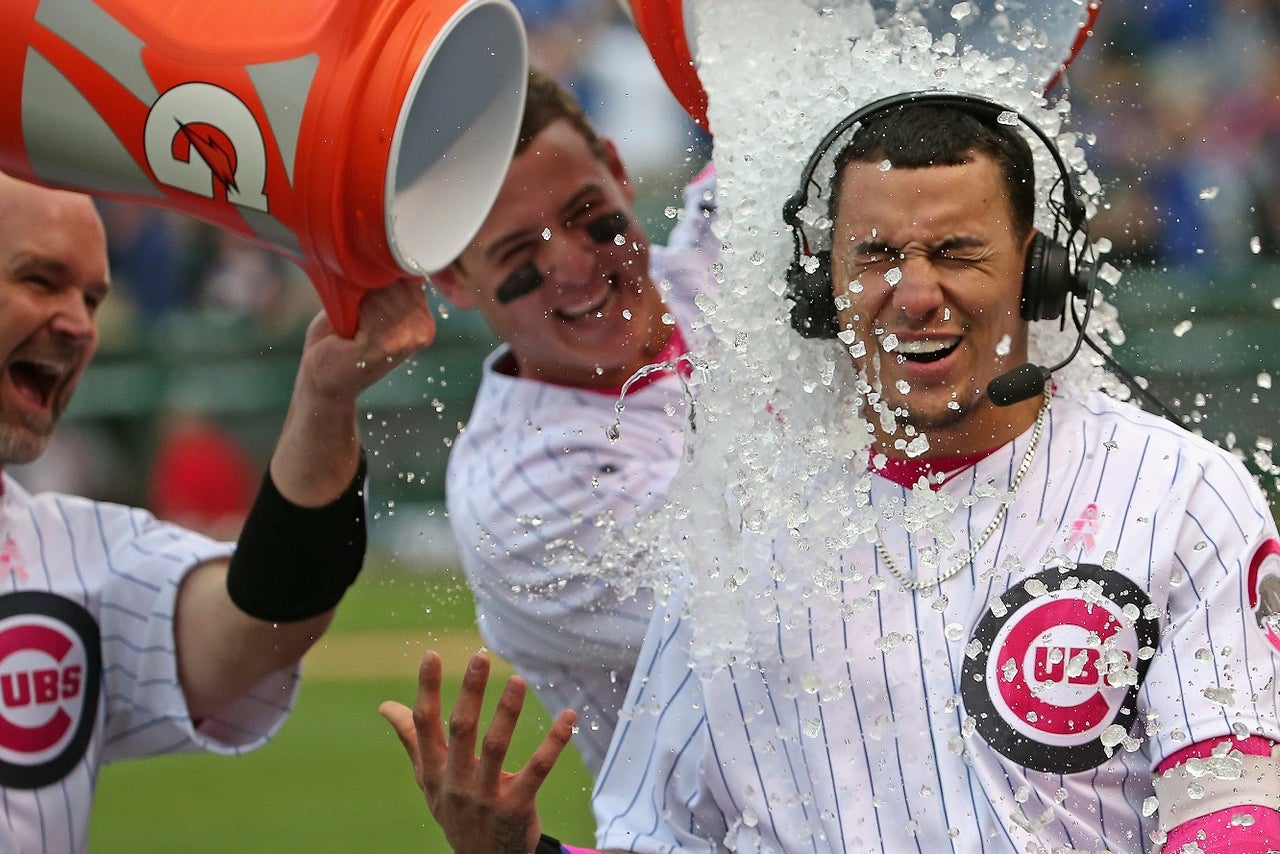 CHICAGO -- Bryce Harper was drawing walks at such a ridiculous rate he wound up tying a major league record.

That's because the Chicago Cubs gave the Nationals star little to hit.

Chicago walked Harper a record-tying six times, then beat Washington 4-3 when Javier Baez homered in the 13th inning Sunday for a four-game sweep.

The Cubs won their seventh in a row and improved the best record in the majors to 24-6. Washington, which had been leading the NL East, lost its fourth straight.

A picture's worth a thousand words. pic.twitter.com/3H4XEyiA4s

While Cubs manager Joe Maddon insisted the walks were more a product of the circumstances than a concerted effort to avoid him, Chicago looked like a team that had little interest in giving Harper much to hit. The reigning NL MVP walked 13 times in this series.

"I know that he's not as hot as he can be coming into this series, but you don't want to get him hot," Maddon said. "I've been part of that in the past. We did what we thought we had to do today, and it happened to work. So good for our guys."

Harper matched the major league record for walks in a game, last done by Jeff Bagwell in 1999. Harper was hit by a pitch the other time he came to the plate.

The Elias Sports Bureau said he was the first player in history to reach base seven times without an official at-bat.

Things almost became almost comical when Harper strolled to the batter's box. In the 10th inning and again in the 12th, the Cubs intentionally walked him with runners on first and second and two outs. At one point, Harper was kidding with catcher David Ross as four balls sailed wide.

"It takes patience on Bryce's part not to go out of the zone," manager Dusty Baker said. "You can feel the pressure mounting on Zim, but this guy's been a clutch man in this organization for a long time and he's one of the premier clutch men in the game, so I'm sure it's killing him."

Baez homered with one out off Blake Treinen (2-1). Baez entered as a pinch hitter, stayed in to play third base and later connected for his second home run of the season.

The Cubs won for the 20th straight time when Jake Arrieta started. The NL Cy Young Award winner got a no-decision, giving up two earned runs in five innings.

The anatomy of a #walkoff. pic.twitter.com/scnzp9mjDO

Arrieta was in line for his first loss since last July 25 -- when Philadephia's Cole Hamels pitched a no-hitter at Wrigley Field -- before Chicago rallied for its 11th win in 12 games.

Arrieta's ERA increased from 0.84 to 1.13 on a day when struggled with his control. The right-hander lasted just five innings for the second time in three starts.

Washington's Tanner Roark gave up one run and four hits in six innings.

Nationals center fielder Ben Revere made a nice catch with a runner on first in the 10th, when he raced to the warning track in left-center and hauled in Ross' drive.

Nationals: 2B Daniel Murphy and 3B Anthony Rendon, who have been ill in recent days, were in the lineup.

Cubs: C Miguel Montero (lower back tightness) increased his hitting Sunday, with Maddon saying it went well. He will hit again in the cage Monday and the Cubs will then determine a course of action. Montero is eligible to come off the 15-day DL on Tuesday. ... Dexter Fowler got hit in the right wrist leading off the first but stayed in the game.

Cubs: The Cubs send LHP Jon Lester to the mound as they open a three-game series at home against the Padres. RHP Cesar Vargas pitches for San Diego.