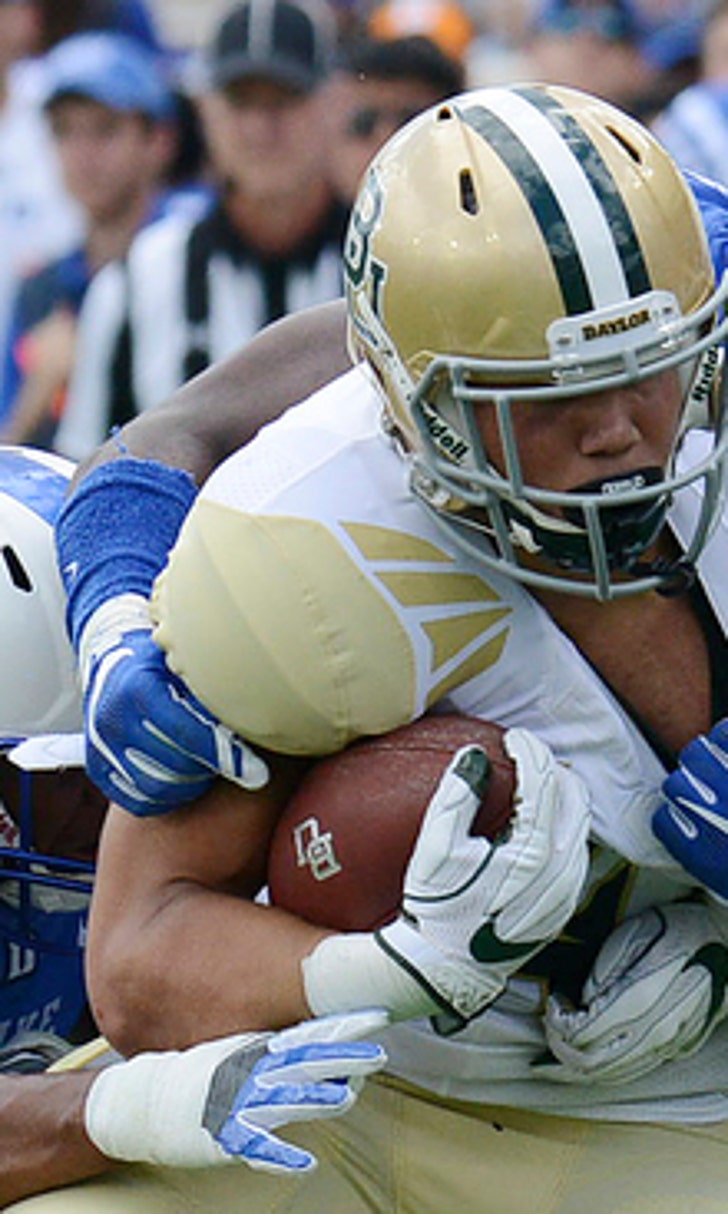 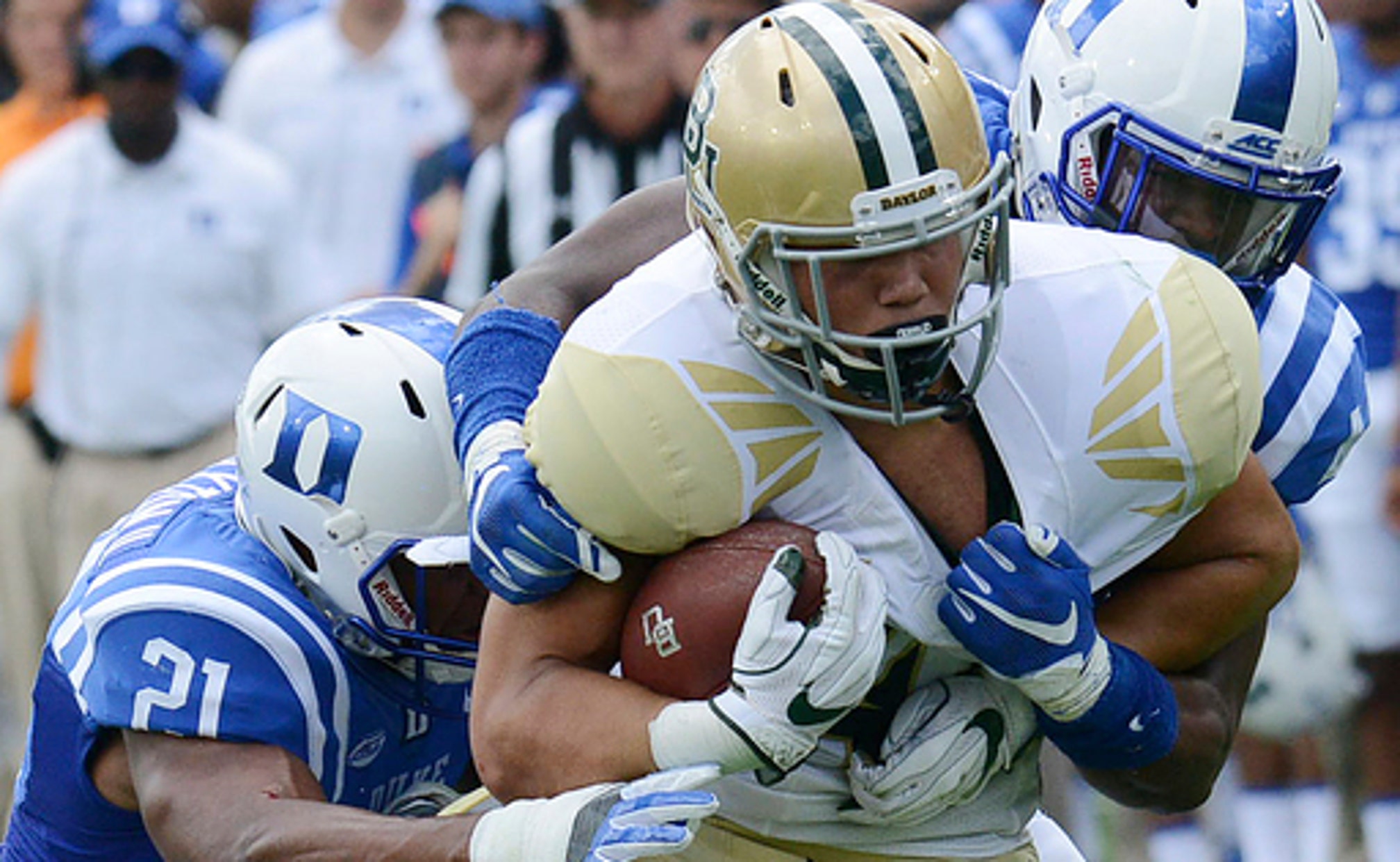 Instead, the Blue Devils kept handing the ball to Shaun Wilson and Brittain Brown.

Wilson rushed for 176 yards and scored on runs of 50 and 65 yards to help the Blue Devils (3-0) open with three consecutive victories for just the second time since 1994.

''One of the things that happens in the run game against multitudes of stunts, pressures, is you have to just keep calling it,'' Duke coach David Cutcliffe said. ''Sometimes the tendency is to get away from it when you get stopped for one or two or three yards. But what will also happen is what we saw Shaun Wilson do.''

Brown added a 34-yard TD run, Ben Humphreys returned an interception 22 yards for a score - one of four turnovers forced by Duke - and Austin Parker kicked two field goals, including a career-long 45-yarder.

The Bears seemed determined not to let Daniel Jones beat them: Jones was 20 of 35 for 184 yards but was sacked five times and was held without a touchdown for the first time this season.

''They did so many different things we hadn't seen, defensively,'' Cutcliffe said. ''I thought that was difficult for Daniel and just in general, I don't know if I've seen as many people show as many fronts as they showed in one ball game.''

Sophomore Zach Smith was 12-of-34 for 263 yards in his first start of the season for Baylor (0-3) with three touchdowns - including two long ones to Chris Platt. Smith connected with Platt on scores of 73 and 79 yards, after hitting Denzel Mims with a 44-yard score.

But his third interception - the pick-six he threw directly to Humphreys - came at a bad time, with the Bears trailing by three points early in the fourth quarter.

''Offensively, just not a good day all around,'' Baylor coach Matt Rhule said. ''Platt obviously had a couple of big plays that enabled us to stay in the game.''

The Bears are off to their worst start since the 1999 team opened with four straight losses on its way to a 1-10 finish in Kevin Steele's first season.

Baylor: Unlike the losses to Liberty and UTSA, the Bears came out of this one with plenty to feel good about. The defense made two stands in the red zone and harassed Jones all day, while Smith - who replaced graduate transfer Anu Solomon in the starting lineup - showed the kind of big-play ability that's a Big 12 trademark. The Bears need more consistency, though: Take away the three long scoring passes, and Smith was 9 of 31 for 67 yards.

''As I told them, I enjoyed seeing them get significantly better this week than they were last week and the week before - really more so on defense,'' Rhule said.

Duke: The offense didn't look nearly as smooth as it did in the first two weeks, with Jones under duress all day and the line making some mistakes at key times - such as the chop-block penalty that negated Jones' 2-yard touchdown run, one play before Jones threw an interception in the end zone. Wilson and Brown bailed the passing game out with enough big plays on the ground to keep them unbeaten heading into their rivalry matchup with North Carolina.

Wilson shredded another Big 12 defense. The senior set a school record with his sixth touchdown run of at least 50 yards. Four of those have come against Big 12 teams. In addition to these two, he also scored on runs of 69 and 68 yards against Kansas as a freshman in 2014 when he set the school's single-game rushing record with 245 yards.

Duke held Baylor to 1 of 12 on third downs, and to just 57 yards rushing on 27 carries. This was the Bears' worst rushing performance since their minus-20-yard effort against Michigan State in the Cotton Bowl three seasons ago. ''At the end of the day, the issue up front is we can't run the football right now,'' Rhule said, ''and when you can't run the football, you can't control the game.''

Baylor: The Bears return home next Saturday to begin Big 12 play against No. 2 Oklahoma.

Duke: Makes the short trip to face rival North Carolina next Saturday in their ACC opener.