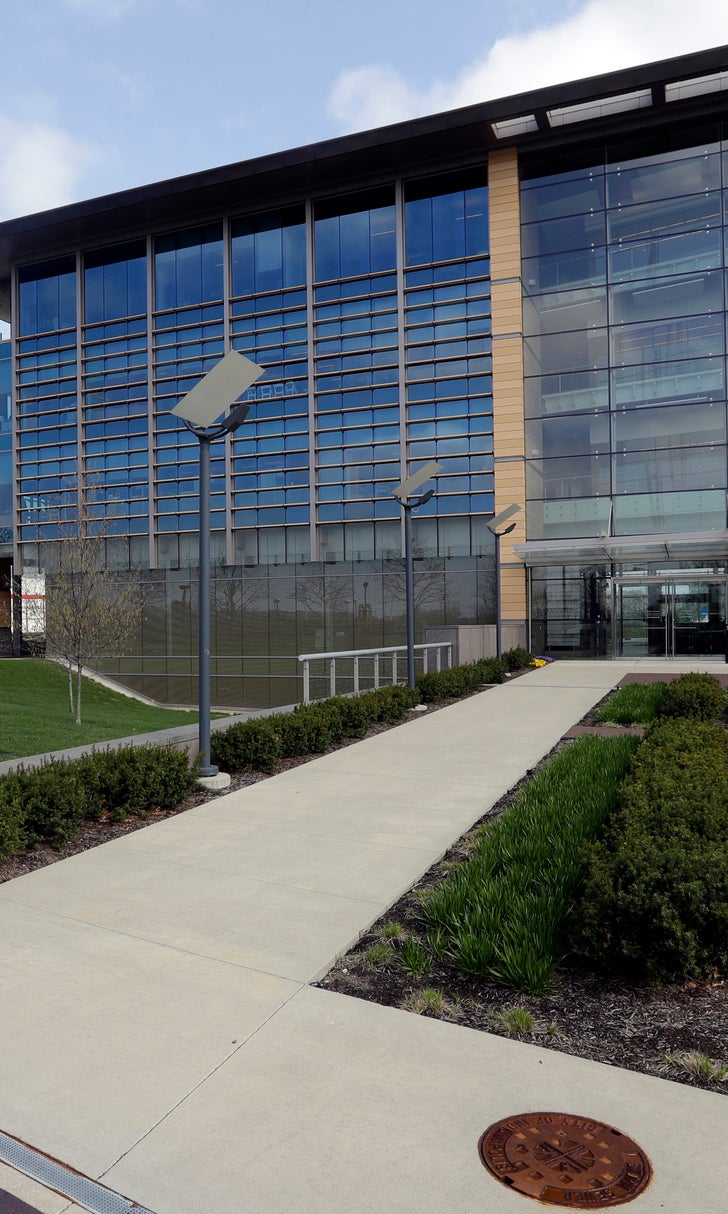 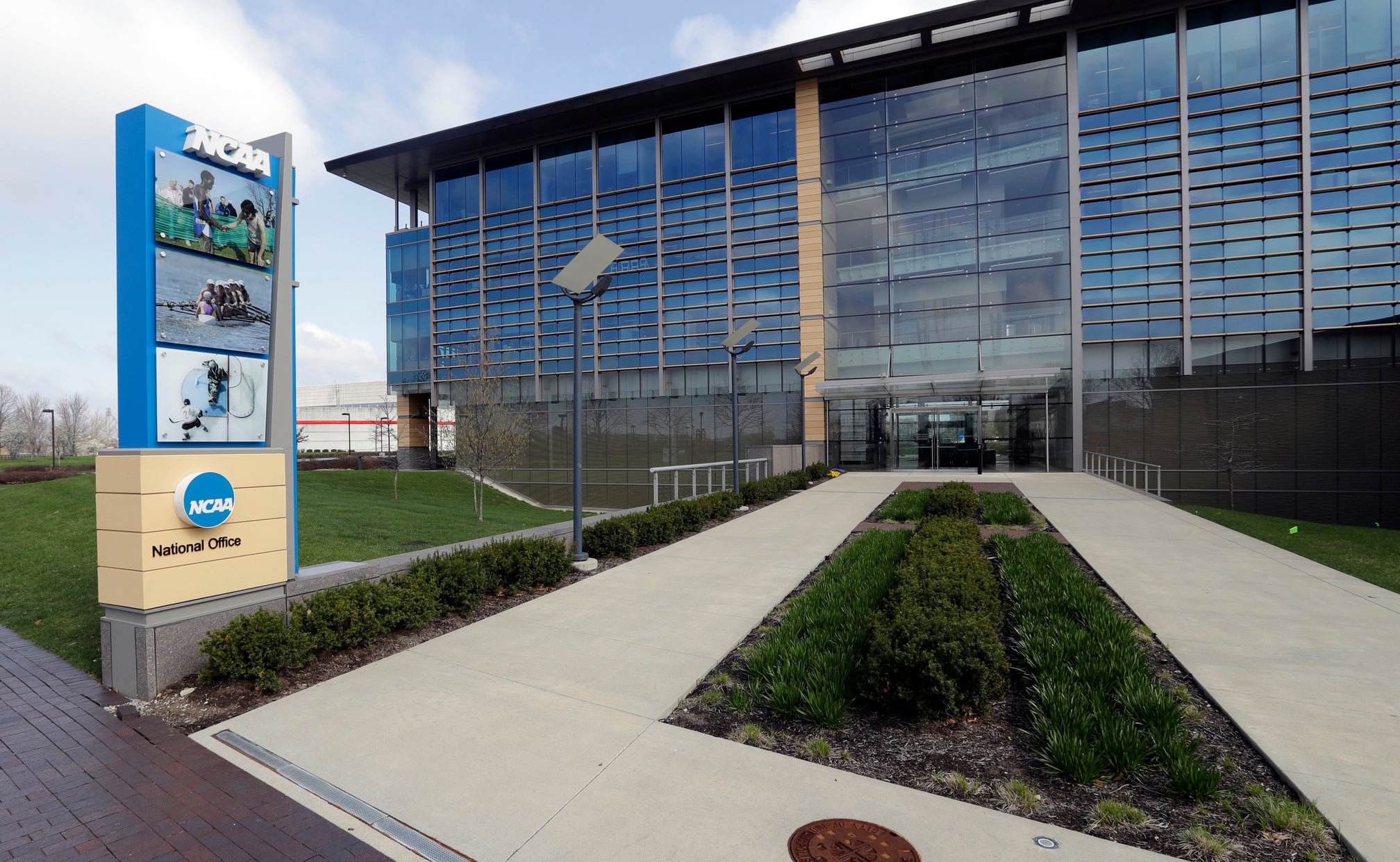 NEW YORK (AP) — The NCAA is facing more than 300 lawsuits from former college football players who claim their concussions were mistreated, leading to medical problems spanning from headaches to depression and, in some cases, early onset Parkinson's or Alzheimer's disease.

The first wave of lawsuits hit college sports' major governing body in 2016 and more than 200 more were filed recently by Edelson PC, a Chicago-based firm that focuses on class-action cases, and Raizner Slania LLP in Houston. Most of the cases were filed in the U.S Court for the Northern District of Illinois.

The sheer volume of the cases seems daunting, but experts say those seeking damages akin to the NFL's billion-dollar settlement with its former players have a challenging argument to make.

"These are very difficult cases," said Gabe Feldman, director of Tulane University's sports law program. "They're difficult because in many of the cases the plaintiff is clearly suffering and the plaintiff has clearly suffered harm. But the challenge is proving that the NCAA, the member institution or the conference or some combination caused that harm and had some legal duty to the plaintiff and breached that duty. Each factor of the analysis could be difficult for the plaintiff to prove. Perhaps the most difficult is the causation piece."

The concussion claims come as the NCAA awaits a federal judge's ruling in an antitrust case that challenges the association's right to cap compensation to football and basketball players at the value of an athletic scholarship. That case is pending in federal court in California.

Jay Edelson, a lead attorney in the latest concussions effort, has been pursuing personal injury damages for former college athletes for several years. Edelson was part of a previous concussion case against the NCAA that resulted in a $75 million settlement. The NCAA agreed to pay $70 million toward medical monitoring for former college athletes, another $5 million toward medical research and payments of up to $5,000 toward individual players who claimed injuries. The settlement included an agreement that a large personal injury class-action lawsuits could not be brought against the NCAA, but individual lawsuits were permitted on a per school basis.

Edelson has criticized that settlement and some of the plaintiffs, including former Eastern Illinois defensive back Adrian Arrington who initiated the case, have fought against its approval in court.

Arrington is among the hundreds of former college football players now bringing personal injury claims against the NCAA, college conferences and, in some cases, individual schools. Many public universities cannot be sued under state sovereignty laws. Most private universities such as Southern California and Notre Dame are not protected by such laws.

Last year, three days into a trial, the NCAA reached a settlement with Debra Hardin-Ploetz, the widow of former Texas football player Greg Ploetz, who played defense for the Longhorns in the late 1960s. The case was not related to the 300-plus concussion lawsuits, but Jay Edelson said the result was encouraging.

"That case that was tried in Texas, was really in the heart of football country. So our view is it was one of the most difficult jurisdictions to get a really great jury verdict," Edelson told AP. "Even with that, once the affirmative evidence was put on by the plaintiffs, the NCAA settled. We think that is a big statement because our view is if they realize that they can't allow a jury to decide it in the heart of football country, where is their safe haven?"

In a statement to the AP, NCAA chief legal officer Donald Remy said the NCAA is undaunted by the recent filings.

"These copycat complaints are full of misleading and inaccurate declarations like the previously filed similar lawsuits and public statements made by the small group of lawyers submitting these claims," Remy said. "More lawsuits do not change our resolve and will not impact the NCAA's commitment to student-athlete safety. The NCAA looks forward to correcting the factual and legal record."

Some of the cases are already moving through the courts, with a judge ruling against the NCAA's request for dismissal on statute of limitation grounds. The cases cover players and programs as far back as 1952 and up to 2010, when the NCAA required a concussion protocol for its membership.

"It's incredibly difficult for a plaintiff to prove that an injury or disease that they are currently suffering was caused by action or inaction taken in some cases many, many years ago," Feldman said.

Attorney Alan Milstein at Sherman Silverstein in New Jersey said the case against the NFL was bolstered by evidence suggesting the league was complicit in trying to disprove and misrepresent the potential harmful effects of concussions.

"I don't think you're going to find that with the NCAA," Milstein said. "I think it'll be very difficult to pin liability on the NCAA."