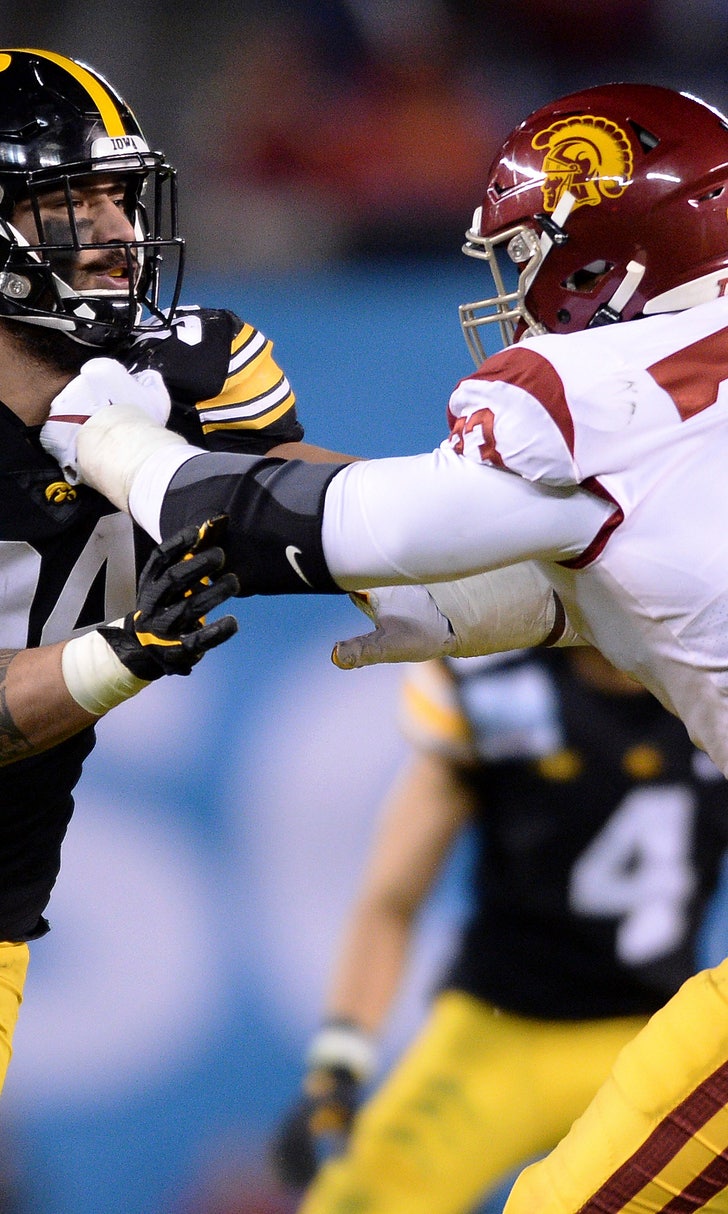 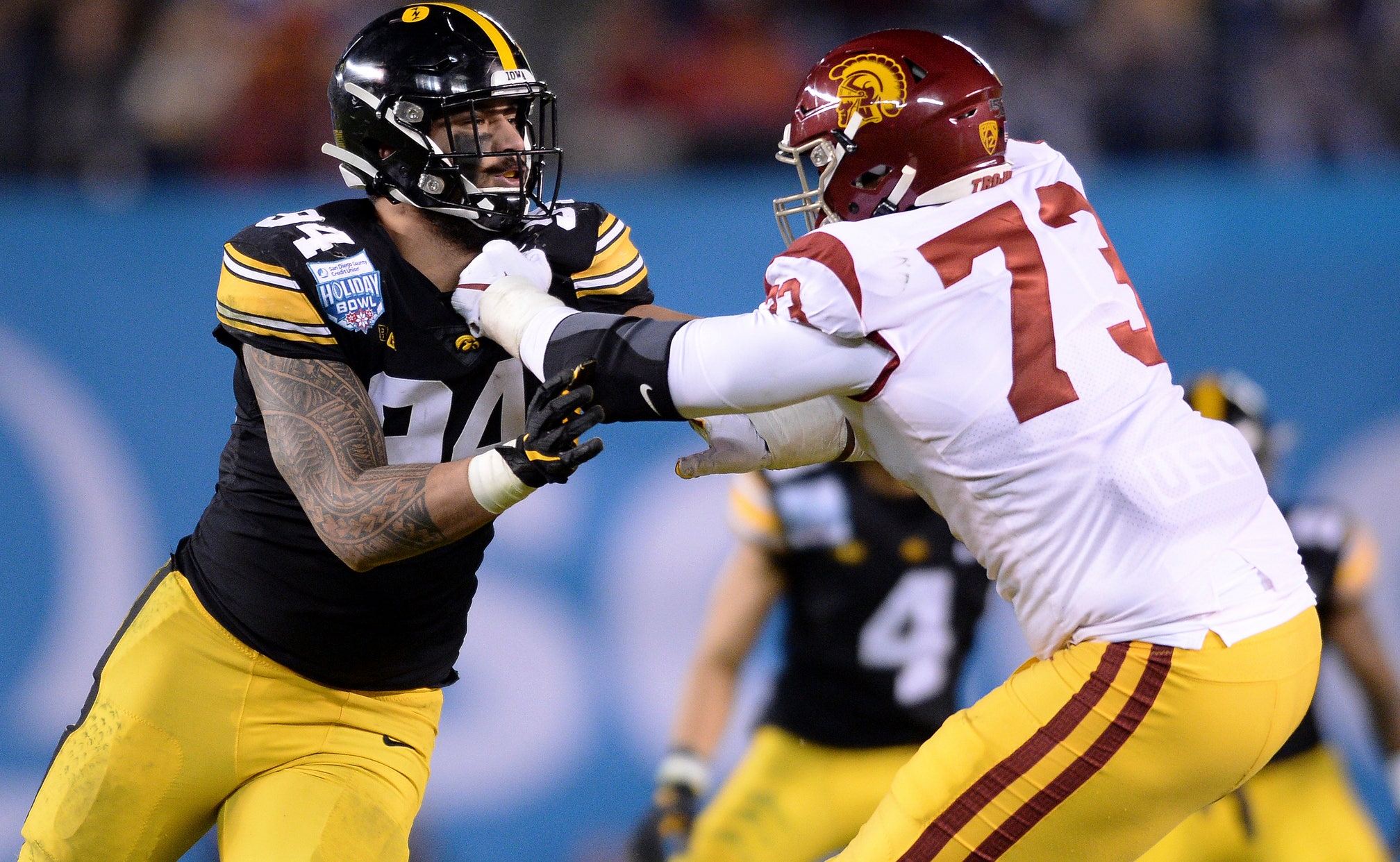 Jackson was the anchor of USC's much-improved offensive line last season. The 6-foot-6 junior was named to the All-Pac-12 first team.

Jackson's achievements were even more impressive because he donated bone marrow to his younger sister, Autumn, less than a month before the start of training camp.

Jackson's draft stock has risen steadily in recent months. He is widely expected to be picked in the first round in April.

“Coach Helton, thank you for your leadership and your constant support of me and my family both on and off the field,” Jackson wrote. “USC has truly been such a special place to call home for the last three years.”

Helton and the Trojans face a challenge to reconfigure their offensive line after the departures of Jackson and starting right tackle Drew Richmond, who is out of eligibility.

Jaret with the Jets
Buffalo's Jaret Patterson smashed records last Saturday. His reward? An easy selection as Reggie's Playmaker of the Week.
15 hours ago

Lead Dawgs
Unbeaten Washington looks to keep its lead in the Pac-12 North when Stanford visits Seattle as part of this week's Super 6.
18 hours ago