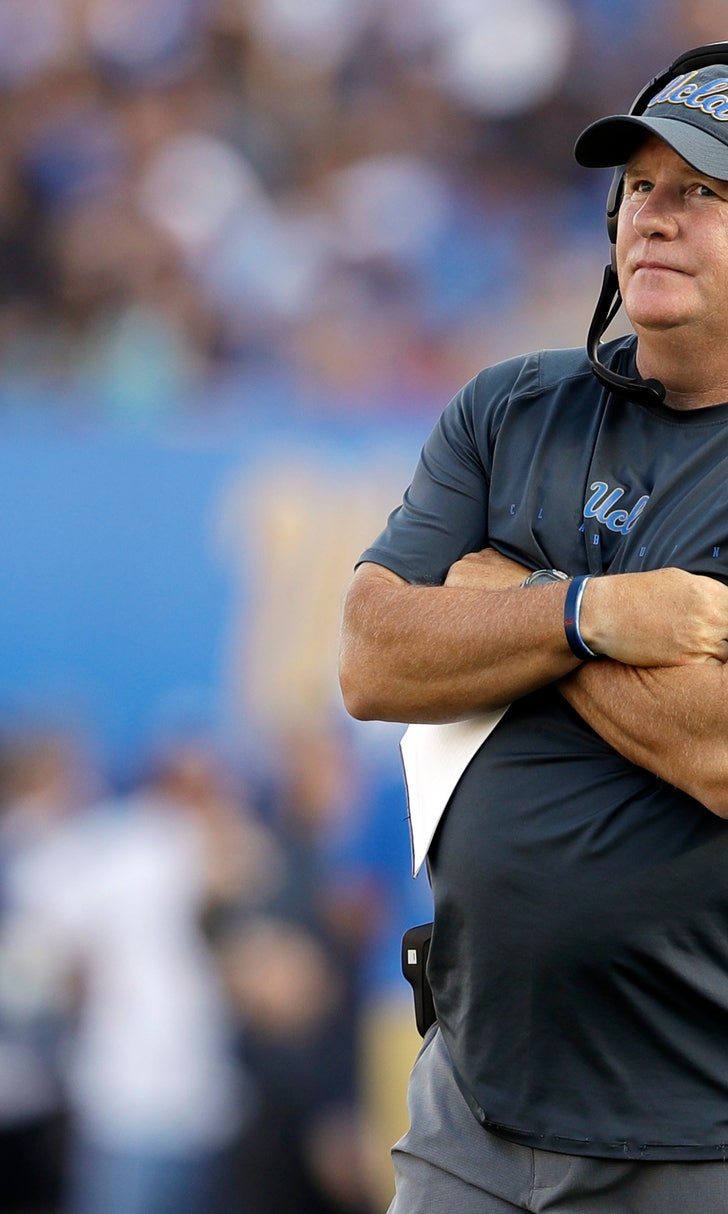 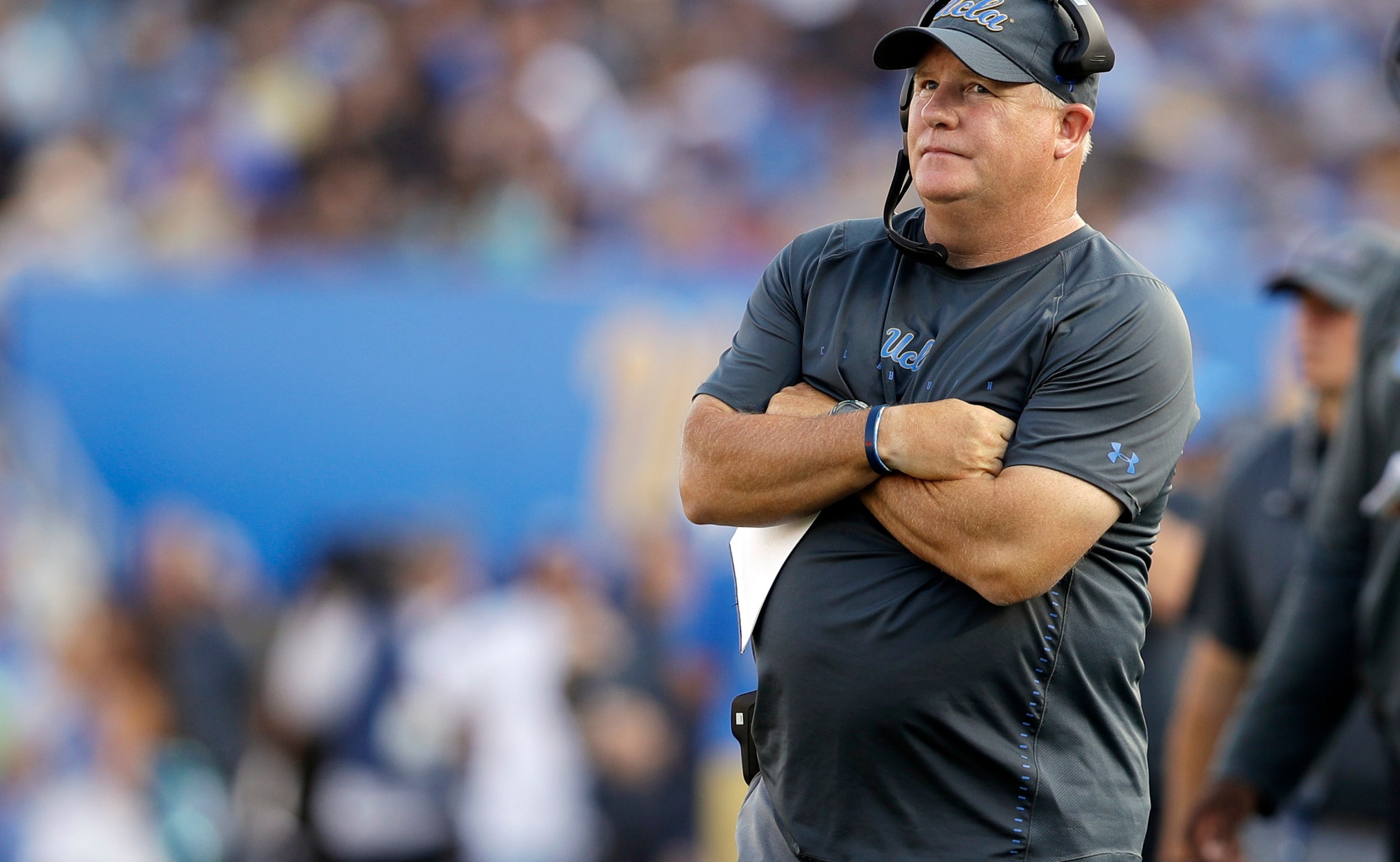 LOS ANGELES (AP) — Chip Kelly is 0-2 for the first time in his college coaching career. Kelly's task of getting his first win at UCLA doesn't get any easier on Saturday when it hosts Fresno State at the Rose Bowl.

With the Bruins off next week before beginning Pac-12 play on Sept. 28 at Colorado, Kelly hasn't shied away from discussing the importance of this game.

"We need to get on the right side of the won-loss column so it is a big game from that standpoint," Kelly said.

Kelly has been encouraged, though, by his young squad's improvement. UCLA has the second-highest percentage of underclassmen among Power Five programs and the fourth-highest in the FBS at 71.7 percent.

What pleased Kelly the most from last week's 49-21 loss to Oklahoma is that they didn't commit a turnover.

"Obviously, it's a very young team so they are going to make mistakes, but they have learned from the mistakes they've made. But we got still a lot of work to do and still a lot of experiences for those guys to gain as we continue to play," Kelly said.

UCLA's biggest question going into the game is whether Wilton Speight or Dorian Thompson-Robinson will start at quarterback. Speight, a graduate transfer from Michigan, started the Sept. 1 opener against Cincinnati but suffered a back injury. Thompson-Robinson, a freshman, finished that game and started at Oklahoma.

Speight returned to practice this week and a decision isn't likely to be announced until kickoff. Thompson-Robinson has completed 60 percent of his passes with a touchdown and no interceptions.

The 1-1 Bulldogs have a 10-game losing streak against Power Five programs, but they nearly forced overtime last week at Minnesota before having a halfback pass intercepted in the end zone late in the fourth quarter in a 21-14 loss. Fresno State has defeated the Bruins in their last two meetings, with the most recent coming in 2008.

"They're a very talented football team. In no way shape or form can you get caught up in their record," Fresno State coach Jeff Tedford said. "They have a lot of speed on offense and defense. We are going to have to stay disciplined to what we do."

Here are some other things to watch as the Bulldogs and Bruins meet for the ninth time:

SPECIAL WOES: Both teams have struggled on special teams. UCLA allowed an 86-yard kick return and a 66-yard punt return last week, which Kelly attributed to a lack of effort by his team. The kick return was more frustrating because it came immediately after a Bolu Olorunfunmi touchdown gave the Bruins a 7-0 first-quarter lead.

Fresno State is averaging only 13.8 yards on kick returns and has not returned one for a touchdown since 2008, a span of 123 games.

SHIFTY ALLEN: UCLA freshman Kazmeir Allen leads the team in rushing with 145 yards and is averaging 9.7 yards per carry. The speedy Allen and Olorunfunmi, who has three touchdowns, are starting to become a formidable duo despite the uncertainty at quarterback.

"Basically what I tell him is you're the fastest guy on the team. Just run at that speed and everything will settle for itself," said Olorunfunmi. "Find yourself in the end zone a lot. Find yourself doing a lot of things, doing special things, making special plays. That's the number one thing I tell him: you have that speed, use it."

FAMILIAR FOES: Tedford had plenty of success against UCLA during his 11 seasons at California (2002-12), going 7-4 against the Bruins. Only one of those wins came at the Rose Bowl.

Kelly has won all four of his previous meetings against Tedford.

KEEP AN EYE ON: Fresno State quarterback Marcus McMaryion, who has completed 42 of 58 passes for 412 yards and two touchdowns. The senior faced UCLA in 2016 when he was with Oregon State. McMaryion was 22 of 33 for 232 yards and an interception in a 38-24 loss.