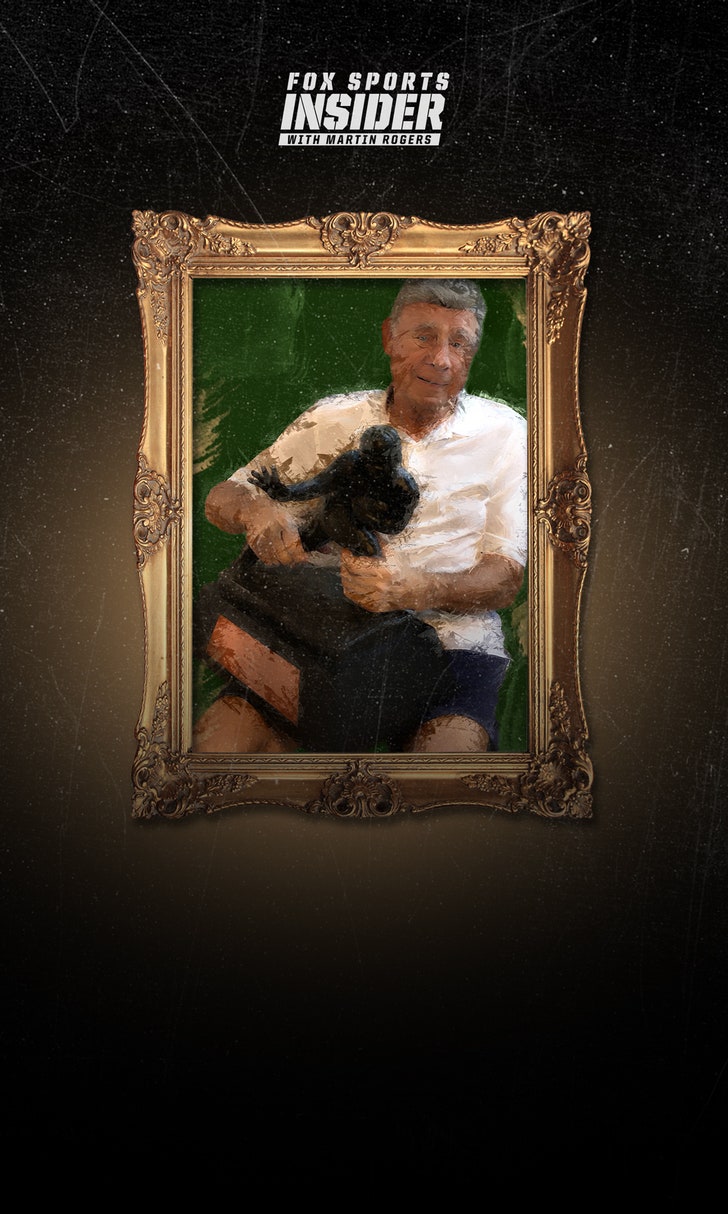 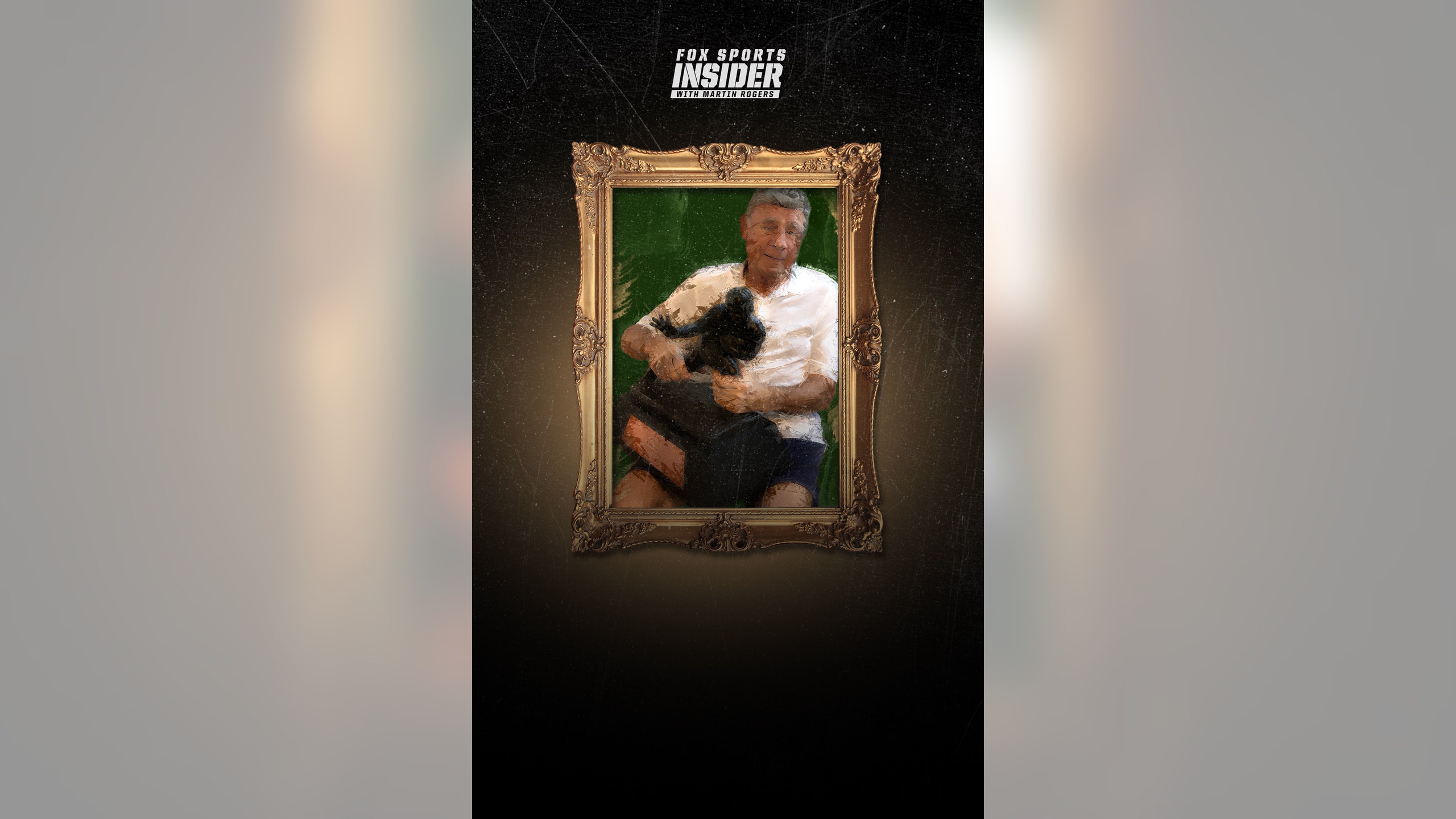 The Face Behind The Heisman Trophy

However, when the Alabama wide receiver was announced as the winner of the Heisman Trophy on Tuesday night, he and Smith Jr. now share something rare and special. They both have a Heisman to call their own, and to keep wherever they want to. 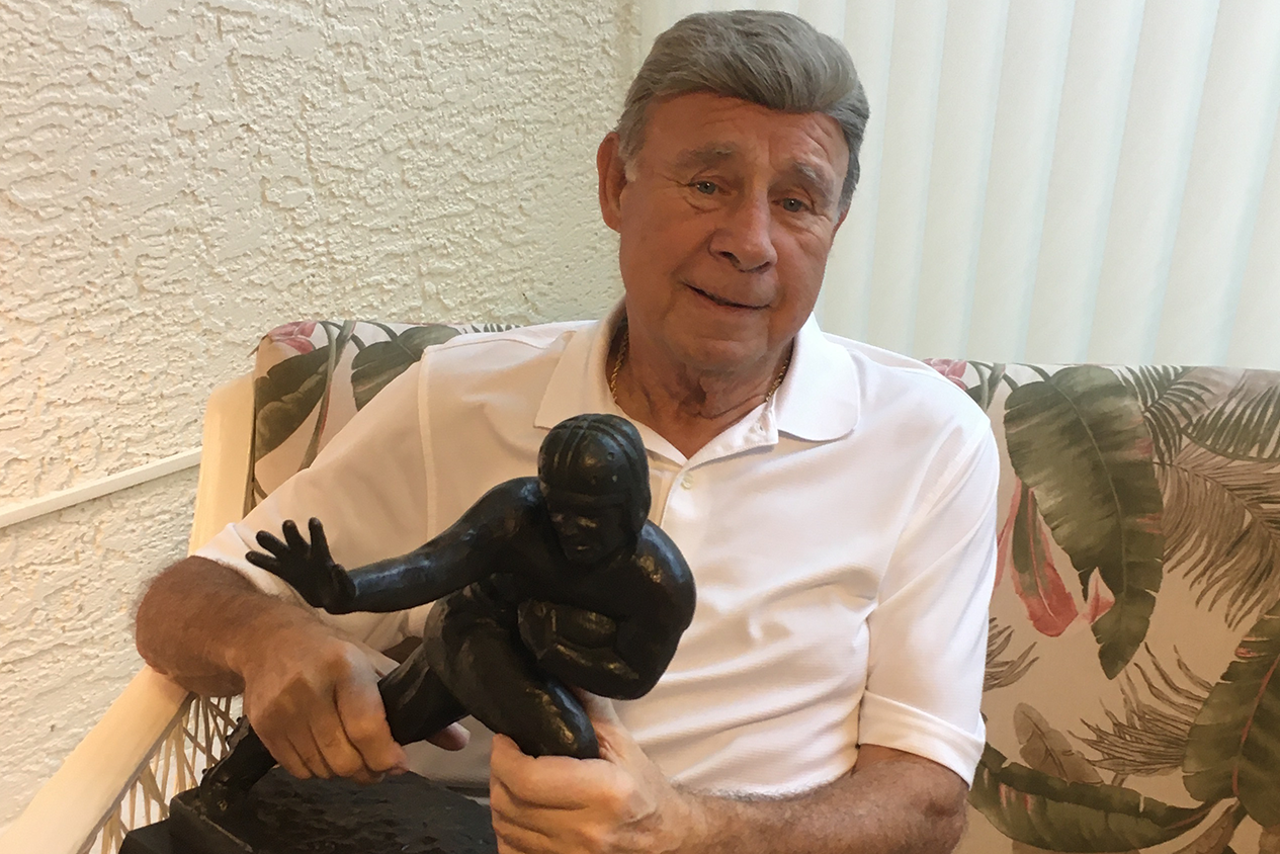 ABOVE: Ed Smith Jr., an 84-year old retired elevator constructor, poses with the Heisman Trophy, which his father, Ed Smith Sr., modeled for back in 1934.

DeVonta Smith, who become the third player from Alabama to win the Heisman, earned the prestigious trophy the traditional way, namely, his play on the football field.

How Smith Jr. - who watched the Heisman Trophy presentation with his 78-year-old sister Nancy Herrey - came into possession of his personal version of the 45-pound hunk of bronze? Well, that’s a different story, one with ties to the award’s formative history.

"It is always the ultimate blast watching the Heisman while sitting with the Heisman," Smith Jr. told me. "And knowing that our dad is the face of the Heisman."

Smith’s father, Ed Smith Sr., is the face of the Heisman partly, his son likes to joke, "because they didn’t have faceguards in those days."

Back in 1934, when New York’s Downtown Athletic Club came up with the idea of rewarding the premier player in college football with an individual title, they decided the award should have a suitably impressive trophy to match. ABOVE: The Heisman Trophy was created from a stiff-arm pose by former NYU football standout Ed Smith Sr.

Rather than a cup or a bowl as was commonplace, the club decreed that the trophy should be etched in bronze and represent the "embodiment of a muscular footballer driving for yardage."

New York sculptor Frank Eliscu was commissioned to make the trophy, and Eliscu recruited Smith Sr., a former classmate at George Washington High School, as his model. Smith Sr., who was then a standout fullback, passer, runner and punter for NYU’s football team, turned up at Eliscu’s studio with his full football gear.

As Eliscu got to work, Smith Sr. simulated a fierce stiff-arm for which he was renowned – and one of the most iconic poses in sports was born.

"My dad and the sculptor were friends, but they weren’t that close and I think they soon lost touch," Smith Jr said. "And for decades, my dad never knew that he was the figure behind the Heisman, just that he had posed for a sculpture."

Smith Sr. was the 20th pick in the first-ever National Football League draft in 1936 and played one season for the Boston Redskins and another for the Green Bay Packers, under coach Curly Lambeau. With his son soon to be born and NFL paychecks amounting to just $200 per game, he gave it up for a career in the elevator industry.

Over the ensuing years, the status of the Heisman became an entrenched part of American sports folklore, yet the identity of the player atop the trophy remained a mystery. DeVonta Smith is the first wide receiver to receive the award since Desmond Howard – whose use of the Heisman pose after scoring for Michigan became part of his legacy – won in 1991.

In 1982, a team of documentarians seeking to find out more about the origins of the Heisman finally tracked down Eliscu, who informed them it was Smith Sr. who had modeled for him.

"They found my dad and told him and he couldn’t believe it," Smith Jr. said. "We have always been a football family. My dad watched games with my sister and I. We used to watch the Heisman celebration before we even knew he was on the trophy. It was an unbelievable surprise for him – and it was special."

Once Smith Sr.’s role in the creation of the famed trophy was discovered, the Downtown Athletic Club organizers moved quickly to recognize him. The Smith family were invited to a special reception, cocktail party and dinner in New York, where Smith Sr. was presented with his very own Heisman bust.

The family was also invited to each Heisman Trophy ceremony and attended several times. When Smith Sr. passed away in 1998, his son inherited the trophy, and regards it as both a part of American sports history and perhaps the ultimate family heirloom. ABOVE: Ed Smith Jr. and his sister, Nancy Herrey, pose with the Heisman Trophy, which their father, Ed Smith Sr., posed for back in 1934.

"My dad found out about his part in the Heisman later in life and I think it maybe meant more to him because of that," Smith Jr. said. "The Heisman has become part of our family. People like posing with it whenever they come to visit and whenever the ceremony is on each year we keep it close by.

"My sister and I were watching, and, as always, we thought of our dad."